We’ve had Singapore Social, Crazy Rich Asians and Bling Empire. So it’s about time we have our very own version of the Real Housewives franchise, where only the most fashionable of women offer a glimpse of high society life in whichever country or city they live in.

Some are self-made, independent women while others were born blessed with silver spoons in their mouths. The one thing they have in common? They all lead fascinating lives, worthy of a reality TV show. Between juggling family life and work duties, these 10 Singaporean tai tais and socialites show us what it’s like to be in our country’s upper echelons.

At 45 years old but looking decades younger, we all wish we could age as well as Jamie Chua. Not exactly a surprise, when she’s known to spend $14K a month on beauty treatments and spa services. Once an SIA girl and now the ex-wife of an Indonesian tycoon, this tai tai is best known for her lavish lifestyle—she has one of the largest collections of Hermes Birkin bags in the world. 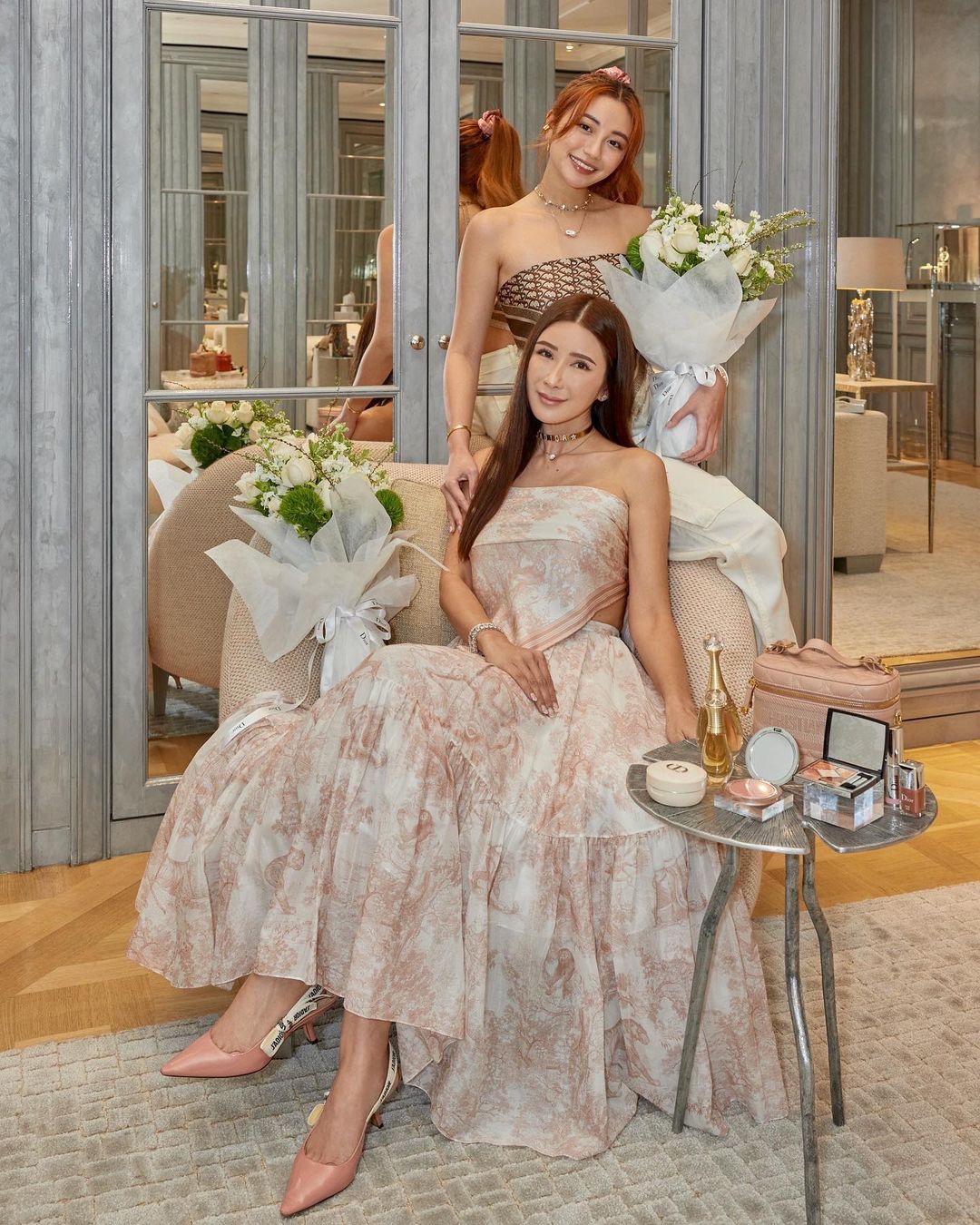 When you reportedly receive $450,000 monthly in divorce alimony, the world is certainly your oyster. Daughter Calista is just as IG-famous, with her posts filled with Chanel handbags and designer clothing. Well if Yolanda Hadid from Real Housewives of Beverly Hills has Gigi and Bella, then Jamie has Calista.

Not many know that Yoyo Cao, while born in Macau, has lived in Singapore since 13 years old—she spent her teenage years schooling at the now defunct Telok Kurau Secondary School. Forget being a blogshop influencer when she’s a global fashionista—Yoyo is often the paparazzi’s favourite for her styled looks when attending glam fashion shows like in Paris, Milan and London. On top of being featured in China and US Vogue, she’s also happily married to Matthews Chang, the founder of Tokigames. Additionally, she juggles fashion entrepreneurship with looking after her 3-year-old son Luca.

Yet another household name in Singapore, socialite Kim Lim is known for being a heiress to her family’s wealth—made from palm oil back in the early 90s. Her father Peter Lim is well-established, having brought in the big bucks with smart investing while also doing his own ventures, like buying soccer club Valencia CF or making generous charity donations. 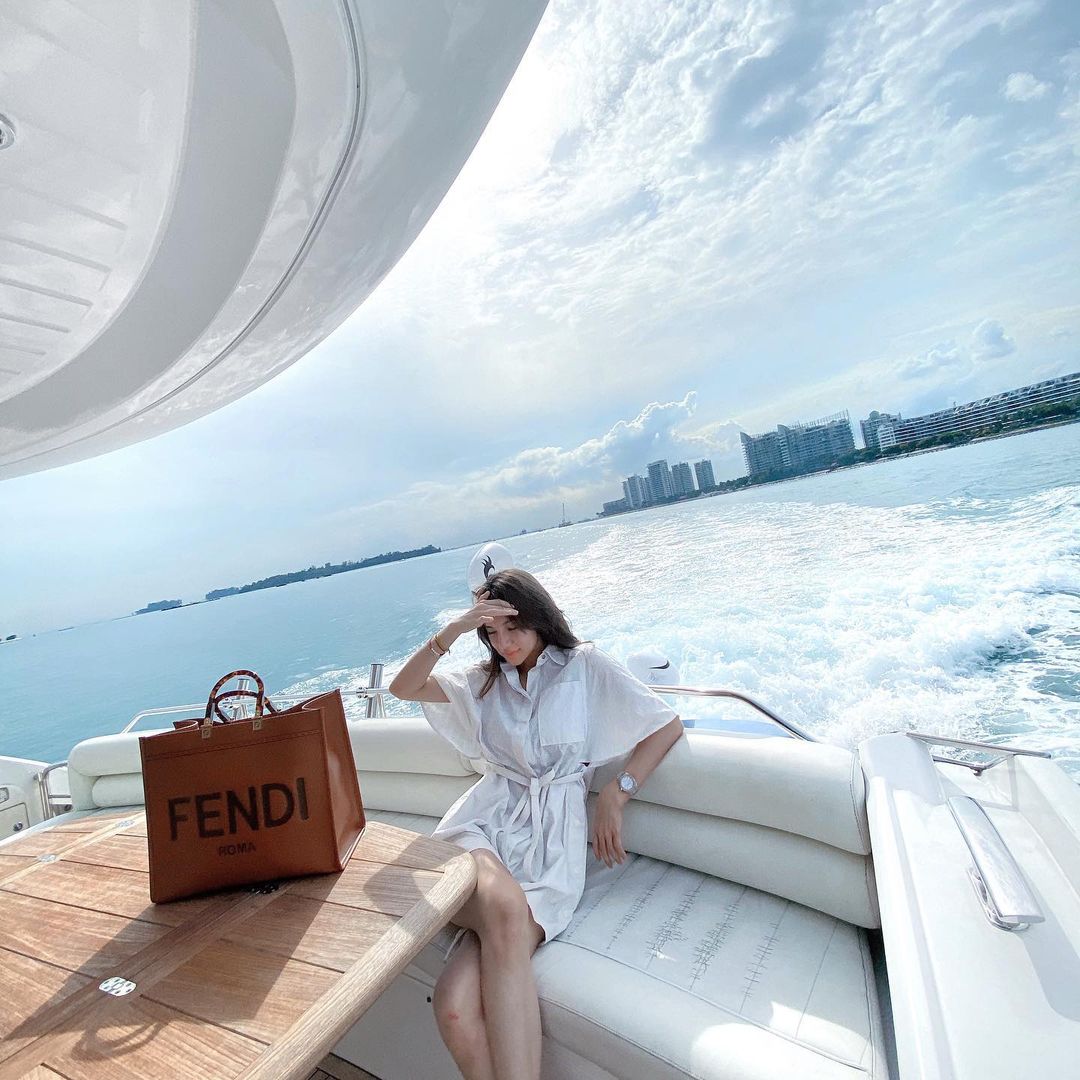 Although she’s recently divorced, Kim is living it up in a double-storey penthouse in Balmoral. Her circle of friends includes the likes of soccer player Cristiano Ronaldo and K-pop idol Seungri, so you know that any party she throws will feature plenty of A-list cameos.

Like most rich kids, she has a stellar collection of Hermes bags and a wardrobe filled with designer wear. That’s not to say that she doesn’t work for it: she’s also the owner of two beauty brands, llumia Therapeutics and Papilla Haircare.

While not exactly fitting the stereotypical bill of a society heiress, Roshni Mahtani deserves her very own spot in Singapore’s rendition of The Real Housewives simply for her entrepreneurial prowess—she’s that hard-working mum viewers would love to see. As the founder of parenting website TheAsianParent, Roshni has been go go go for years, even while bringing up her young daughter Shan. 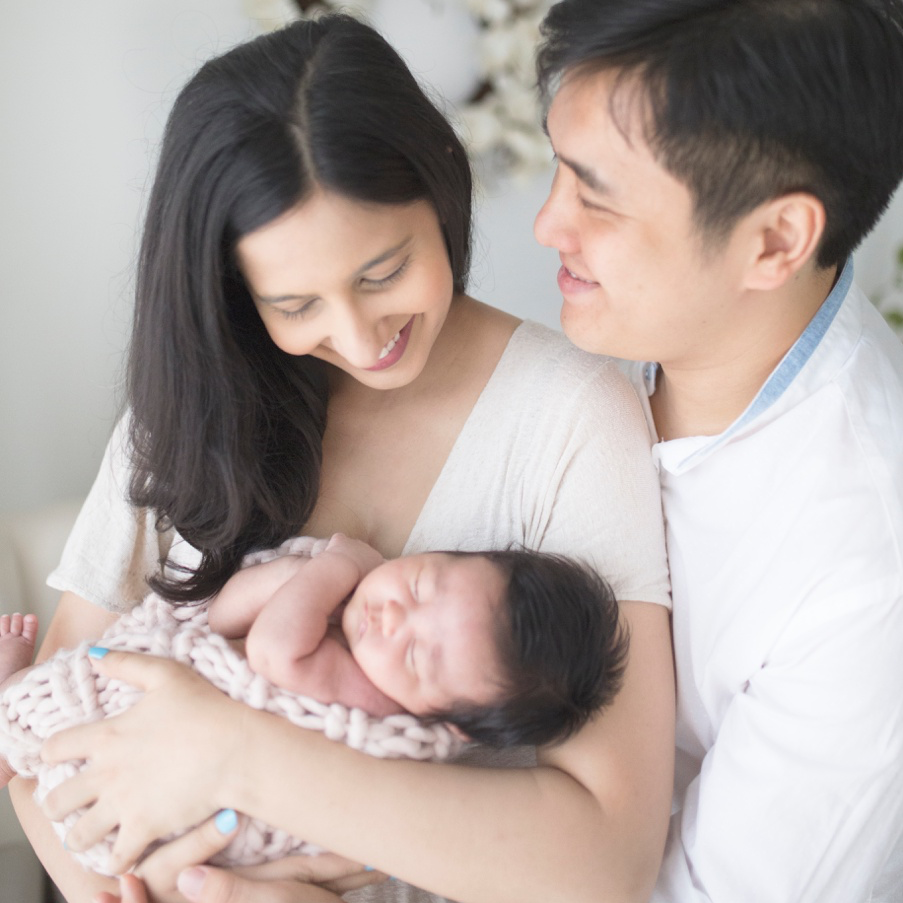 As the pragmatic businesswoman she is, she’s mentioned that similar to raising a child, it does take an entire village to help with a new start-up. Her husband, Darius Cheung is the founder of property site 99.co, so their power couple dynamic would be interesting to watch on-screen.

Heiress Arissa Cheo is no stranger to the press—she and her brother Elroy have featured in the media many times, primarily for their family wealth and good looks. As a self-proclaimed lover of fashion, Arissa is constantly dressed to the nines in labels like Alexander McQueen and Saint Laurent.

But besides looking good, she’s also launched multiple fashion brands such as Carte Blanche X and Arissa X, which showcases her own designs. While her marriage to Taiwanese popstar Vanness Woo may have ended in 2018, she’s still every bit the chic fashionista today.

As the wife of one of Singapore’s most famous pro footballers Fandi Ahmad, Wendy Jacobs isn’t at all a new face to those in the know. She was once a catalogue model for our key department stores back in the 90s: think Robinsons, John Little and Marks & Spencers. 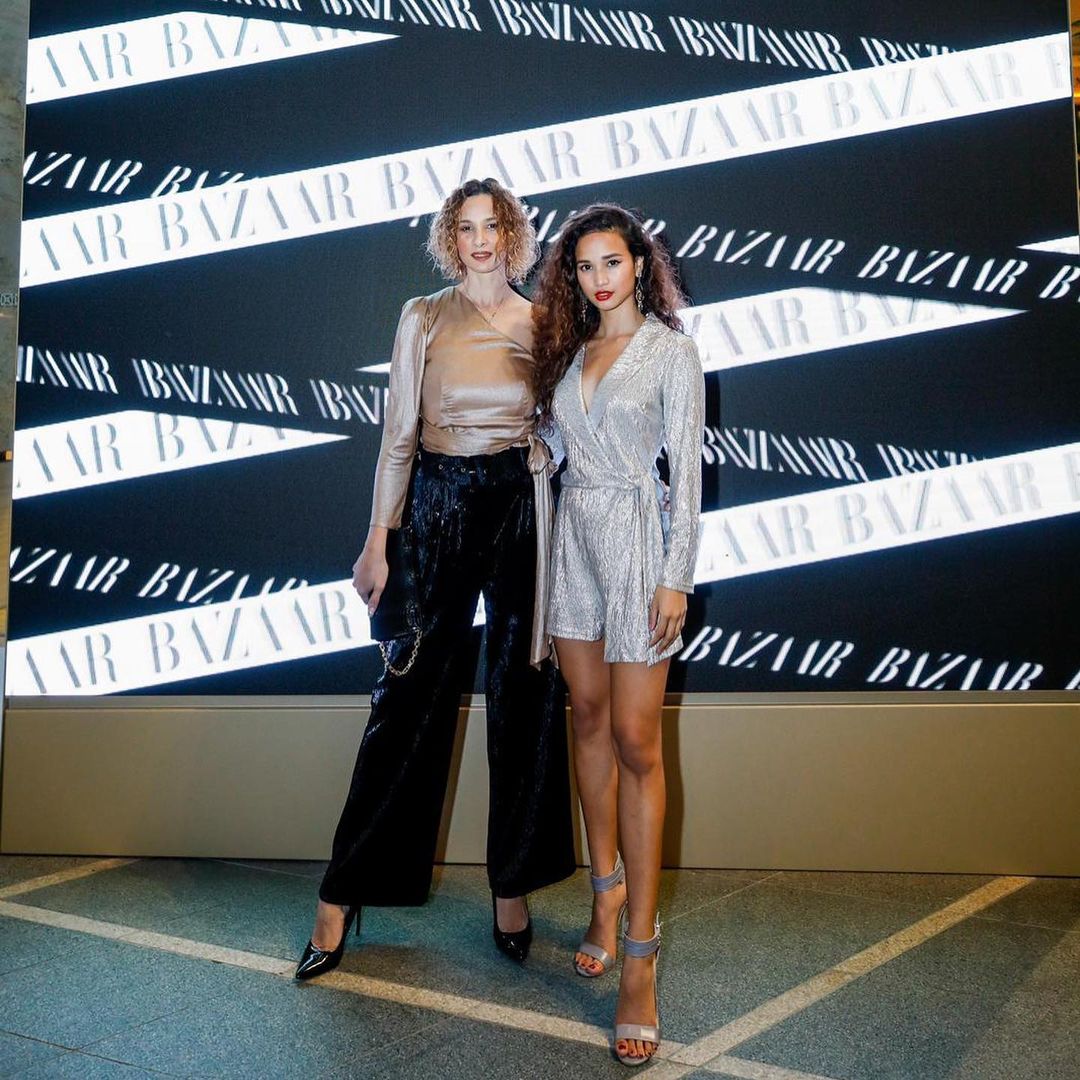 Although born in South Africa, she recently got her pink NRIC in 2020, joining her husband and five kids. She might’ve first made her way to our Little Red Dot for modelling and hosting, but since then, she’s practically become a full-time mum—but one that gets featured in tabloids and fashion mags for her impeccable style.

Known most for being the founder of boutique agency Mercury and also occasionally gracing the socialite pages of Tatler, Tjin Lee has made a notable mark on Singapore’s media industry. Besides Mercury, she’s also a mum to two young sons and has multiple side ventures like music school Violin Studio and women entrepreneurship enterprise Crib Society. 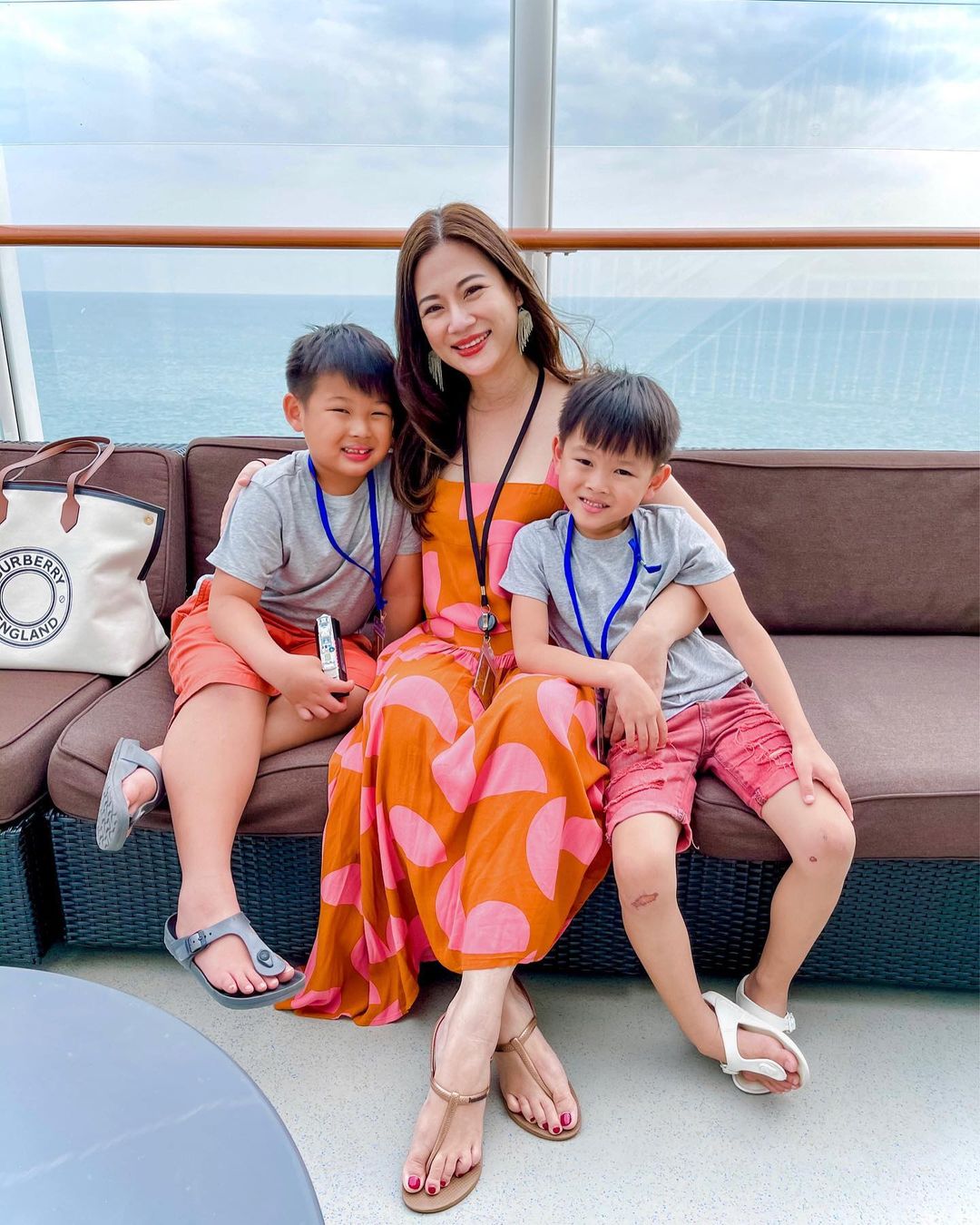 She’s also recognised for her contributions to Singapore Fashion Weeks of previous years. In all honesty, it’s difficult to imagine when she finds the time to do everything but we believe she would squeeze in Real Housewives duties with ease. She’s married to supportive husband John Lim, a commodities trader, and no doubt they’re #FamilyGoals for good reason—similar to Kyle and Mauricio of the Beverly Hills’ cast.

Although visual artist Dawn Ng is married to the scion of one of Singapore’s richest families, she’s a success story in her own right. She’s been involved in multiple art exhibitions overseas, showing her work in cities like Paris and Hong Kong. 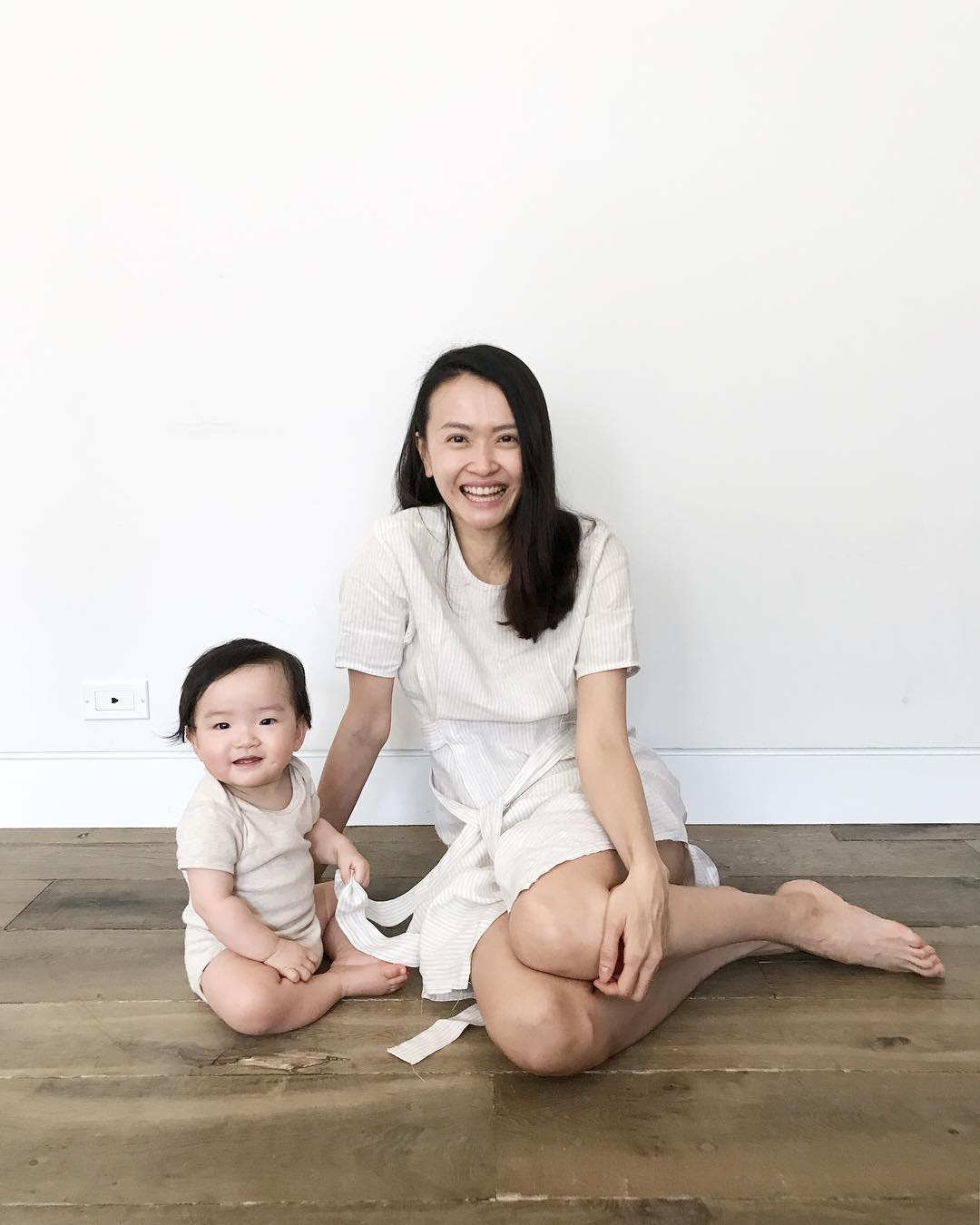 Her husband Wee Teng Wen, the co-founder of F&B group Lo & Behold, is responsible for some of our favourite restaurants like rooftop bar Loof and Michelin-starred Odette. Add in the fact that he’s the son of UOB’s chief executive, and you can tell that this couple is quite the powerhouse. All the while, this couple also capably balances work duties while looking after their young daughter Ava.

Back in the days when we used to watch MTV, Nadya Hutagalung was a regular face—she was eventually a judge for two seasons of Asia’s Next Top Model too. Now, Nadya is known for her role as an avid eco-warrior, a UN Environment Goodwill Ambassador that shares the importance of wildlife conservation and green living. 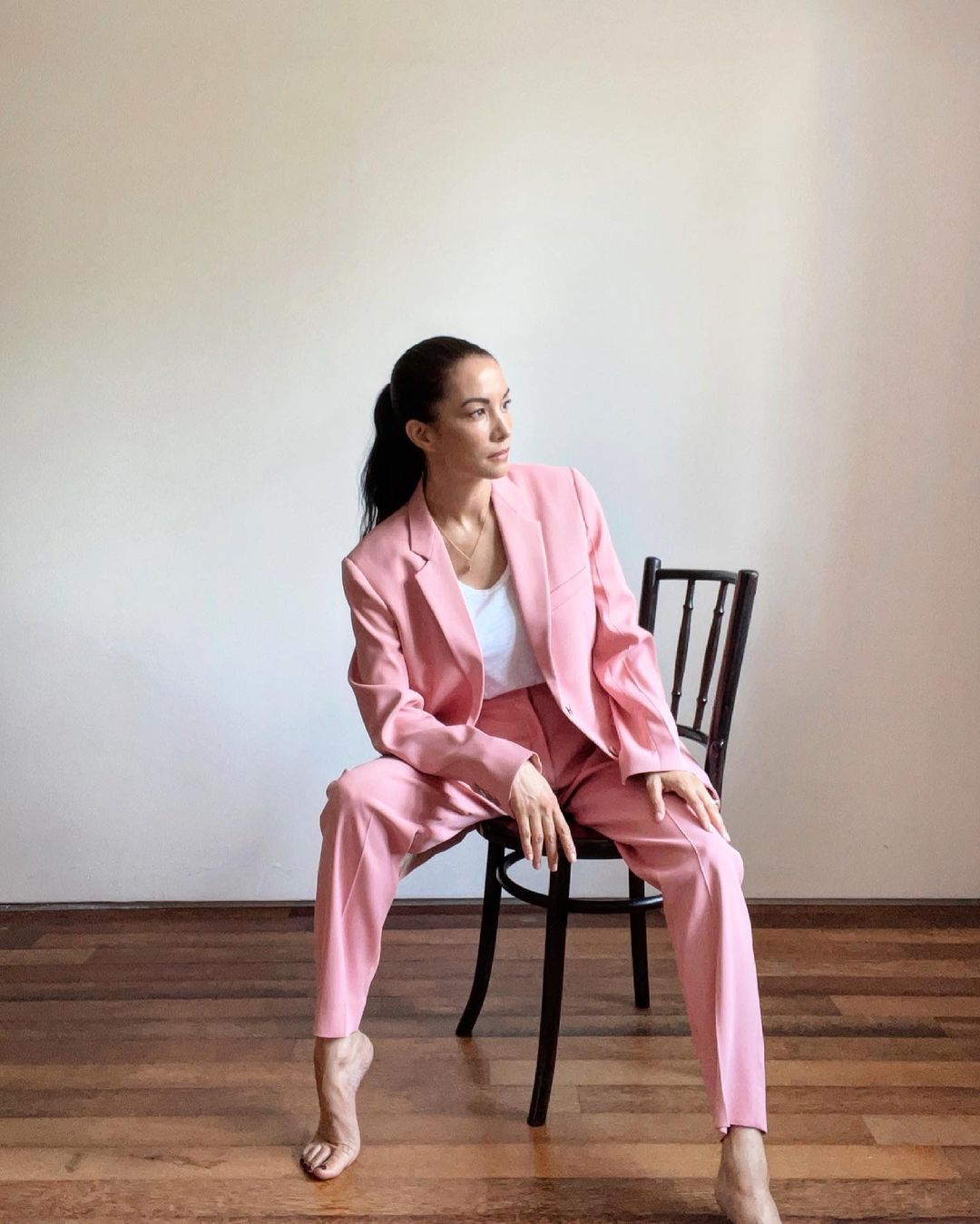 While Nadya still regularly turns up to social events, especially those that align with her sustainability beliefs, she’s also a mother-of-three and is married to former Olympic swimmer Desmond Koh.

It seems like socialite Nina Ng leads a charmed life: she’s a mum of three, a regular patron of glam social events and lauded as one of Singapore’s best-dressed. While she’s often featured in society pages, she also gives back by supporting welfare homes—and also a keen believer of Bible study. 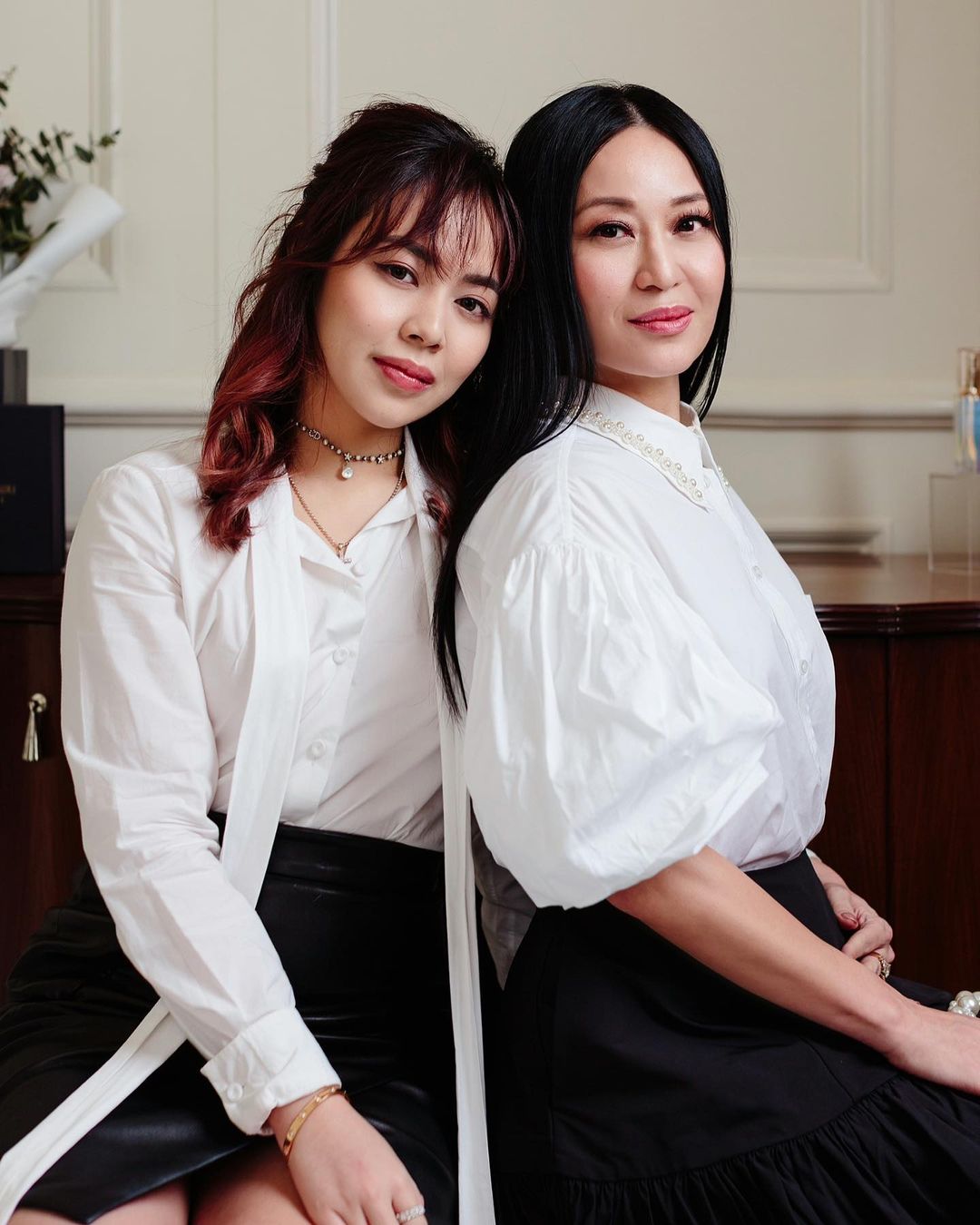 But their idea of Bible study is a tad different to most. Nina’s Bible study group have enjoyed staycations in 5-star hotels for intense Bible study sessions and once, specially flew a priest over from Hong Kong to teach them. Daughter Chloe is also an up-and-rising socialite, as the first Singaporean to walk Dolce & Gabbana’s The Great Show.

Who better than to star in the Real Housewives of Singapore, than these 10 Singaporean tai tais and socialites? They might have their photos taken by paparazzi or they’ve sat in the first row at Fashion Weeks around the world, but kudos to these working mums for knowing how to balance family life with female entrepreneurship.