Letter To My Younger Self

So, you’ve just received your A-Level results today and you’ve done poorly. Well, for the former top student of the cohort, really badly.

You’re walking home and you’re not sure how to break the news to your parents.

What reasons do you have to give?

Could you tell them it was because… you were dumped right before the As? That the sight of your ex with his new girlfriend was all you could think about during that time?

You cannot imagine Mum and Dad understanding this point, and as expected, they don’t.

They will tell you they’re very disappointed in you.

They will not believe the letters of the alphabet displayed on your slip.

But these two As will not help you in your application for the law faculty, would they?

Wasn’t that where you were supposed to go? Was that not your dream since you were 12, to be a lawyer?

Just a heads up—you will have a really hard time at home. You, who have never disappointed your parents before, will feel it for the first time; how stupid it was to have been so consumed by a break-up. 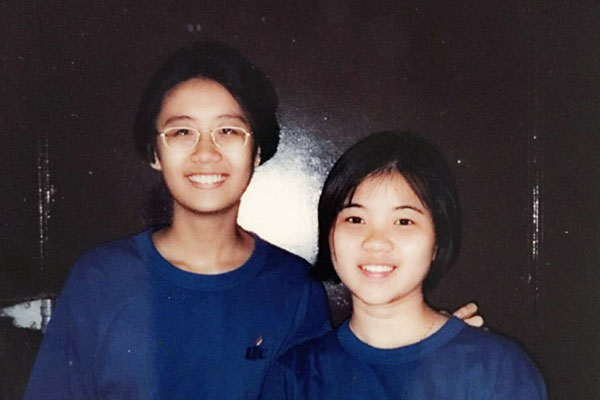 Sidenote: You should never cut your hair short again. Also, Dawn will be a friend for life.

You will taste regret and the laurels you had always been resting on would be ripped from under you.

But I am here to tell you: even if the door to the law faculty closes firmly, another will open, and this will lead you to a career that will become nearly second nature to you.

You will become a teacher, and that one failure will help you to empathise with students who don’t do well, or who are going through difficult situations of their own. Because you’ve been there and done that too. 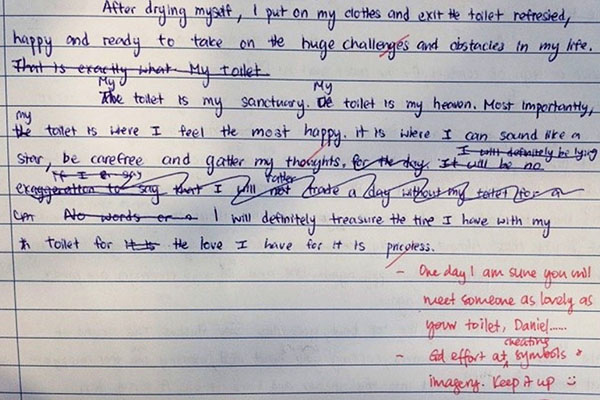 In your pursuit to nurture young minds, you will also be given the honour to read essays about your students’ love for their bathroom, amongst other things. 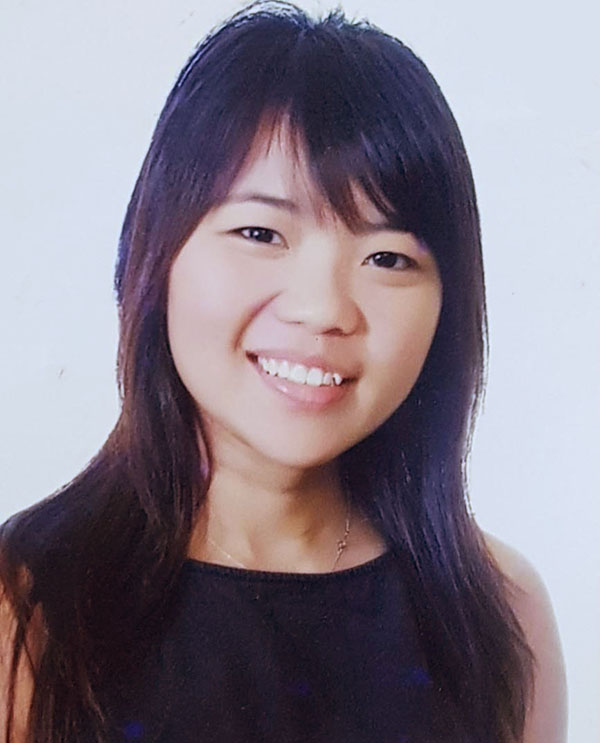 You will also forget the scheduled staff photo-taking day in 2003 and be very upset that you did not curl your hair.

You will, in your first year at university—the school you did not even consider in the past—meet a group of friends who will be your support group for life. In fact, they are so much a part of you, you will declare at 18 that you “do not need or want to make new friends” anymore. 20 years later, they are still your best friends. 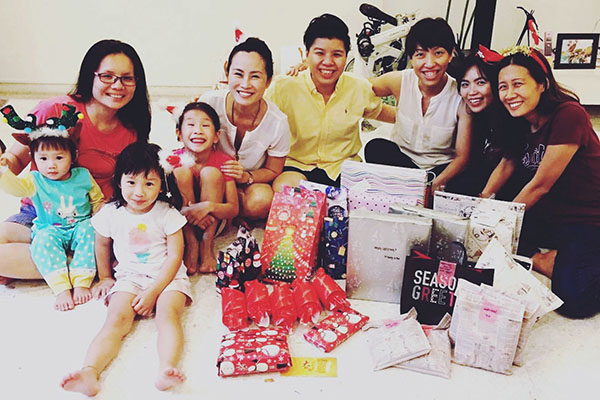 I knew we would be friends forever when the first thing one of them said to me was, “There are free chicken wings over there!”

As for those results, you will have to display them at every interview you go to. You will also surreptitiously place your Year 1 result slip, your name on the Dean’s List next to it, and explain to the interviewer that the A-level results were not an indication of your actual ability, but…

“But what?” The interviewers would always ask.

“An indication of my stupidity, for being too upset at being dumped,” you would say.

Most of the time, they would laugh.

And it’s okay. Life, as you will learn, has its own way of working itself out. 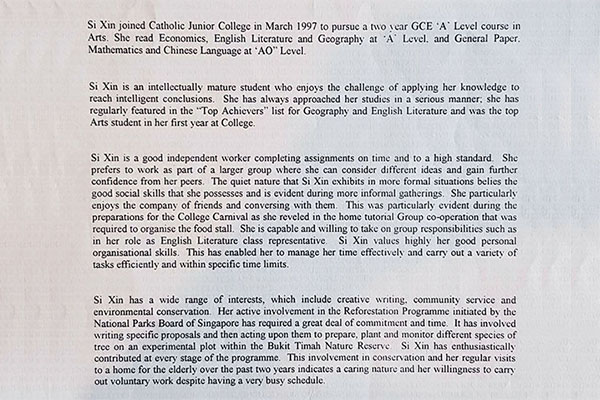 Thank God for Mr. Norris who wrote you a lovely testimonial. Also, during your time working on the Reforestation Programme, please do not plant your sapling in a shady area away from the designated plot because you feel the sapling might dislike the sun as much as you do. Your sapling will be the first and only one to die in the programme.

Don’t feel angry at the person who dumped you. He was only 17 too, and too young to know better.

A little warning for you before I go; the same thing will happen in your final year at university.

Really, what is with you and getting dumped during the exam period!?

letter me young me, letter to younger self, younger me Singapore