My chest collapsed a little, my head spun, and my knees crumbled. A typical response if you saw a raging bear, except it was merely a tiny icon turning blue on my smartphone.

When Whatsapp rolled out their blue tick feature, I found myself freaking out often.

Why didn’t they reply me? Am I not important? Don’t they want to be friends anymore?

Things would get worse after a couple of hours passed. I would feel betrayed and unimportant. Had I done something wrong? Maybe I murdered their parents in my sleep!

I maintained my composure but my soul would be vexed, wondering why I didn’t deserve that three-second reply. Maybe they were avoiding being run over by a bike when they read my message, but what’s their excuse three hours later?

I sucked up my blue ticks because I could not afford to burn bridges with all my blue tickers—doing so would have left me with no friends. To cope with being blue ticked, I had to constantly pep talk myself not to jump to conclusions.

While my body lived in the real world, my soul was split like Voldemort’s horcruxes between Whatsapp, Instagram and other messaging apps. My emotional life was dictated by blue ticks and who left my messages unread even if they were online.

And then the realisation came: do unto others what others do unto you. 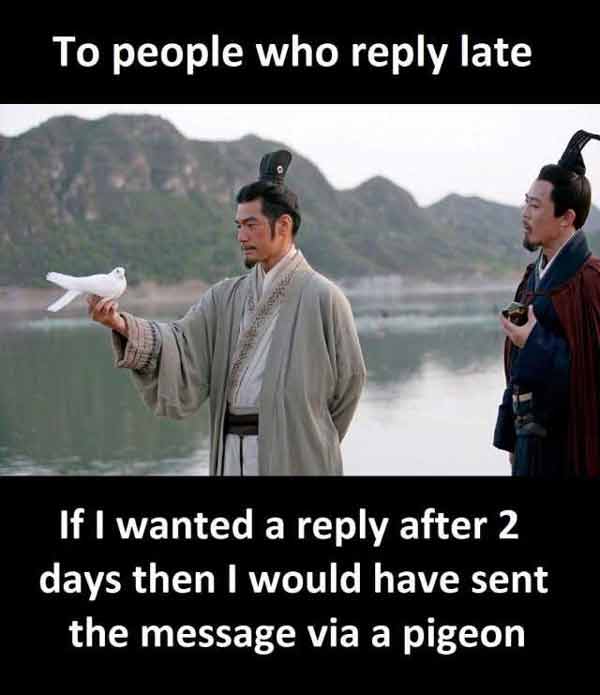 Initially, I felt the need to reply people’s messages because I saw it as a conversation. Isn’t it rude to ignore someone who asked you a question to your face?

To recover from blue tick anxiety, I convinced myself texting is more like emailing where I don’t expect to get a reply immediately. Neither do I feel obligated to reply at once.

When I set myself free from the obligation, I cared a little less about how long it took others to get back to me as well.

However, implementing the email policy to texting was more difficult in practice than in theory. With people I was flirting with, I still wanted an ASAP reply. I can’t wait five hours to know you still like me right?

The informal tone of texting also warranted more spontaneous reactions. Imagine if you are trying to tell a joke and the “haha” came five hours later. Moreover, being the overthinker that I am, I couldn’t help thinking that others might get annoyed at my non-replies.

So I wavered, occasionally doing the ASAP reply when my fingers happened to be matching candy on Candy Crush. Other times, I convinced myself my phone was a PC from 1998 on a 56k dial up and took hours.

Truth is, I was inconsistent with my replying policy as a way to cope with blue tick pain. It made me less pressured, still somewhat anxious and occasionally sad I’m at the bottom of my friends’ priority list.

Finally, I mustered the courage to turn the blue tick function off. Not knowing whether someone read my message was unsettling for a while. But it was also liberating.

It taught me a simple but powerful principle: the app does not control me, I control the app.

In order not to be bothered by others not replying, I had to give up my own need to know whether they had read my message.

I conjured up fond memories of SMSing friends in my school uniform. All I had was faith in the telecommunication gods that my SMS had made its way to the recipient’s phone with two short beeps. Sometimes the reply came back immediately; other times, it took hours.

There’s no way I knew whether they’d read it, were on a plane, or stuck in an exam. The lack of the ‘online’ function ensured it was all a mystery.

And I was happier. 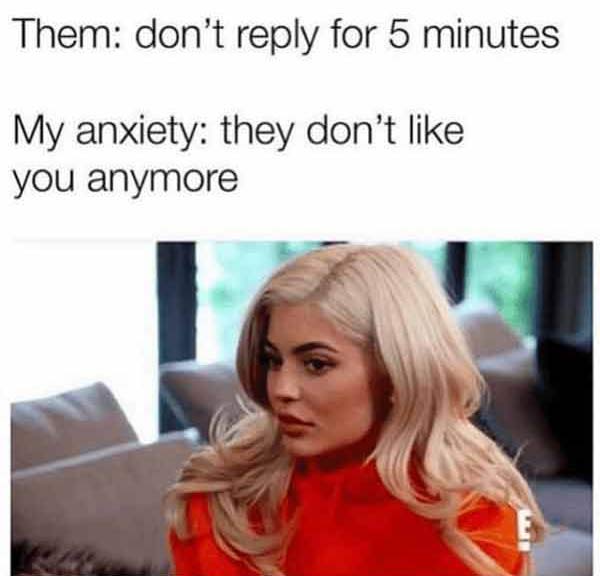 Why Being Blue Ticked No Longer Upsets Me

Turning the function off is no universal solution. The ‘seen’ function is still active on other apps like Instagram and Telegram. These apps clamber for our attention. They are precisely designed to hook us emotionally.

My blue tick misery made me rethink how I would handle my relationships in a 24/7 connected era. I realised these apps exploit our insecurities instead of pushing us to grow up.

If I had my way, we’d all go back to SMSing or simply phone calls. But I’d still like some friends below the age of 50, thank you very much.

So when I get blue ticked or ‘seen’ with no reply, I no longer see it as rejection. In this day and age, I understand we are all busy and tired. I don’t need to be a priority on someone’s to-do list. While I still like to be replied to, I understand if there are more pertinent things to attend to.

I don’t need to be constantly connected to maintain a relationship. We will have a proper conversation when we can make some time for each other, maybe even two years down the road.

Technology spoils us with immediate rewards, but like candy, let’s put it off for more health-giving foods. Learning to wait is chicken soup for the soul.

Meanwhile, I can put my phone down and go for a walk in the park.