If you could change anything about your physical appearance, what would it be? Would you wish for longer legs or a slimmer waist? A fuller bust or leaner arms?

Most Singaporean women struggle with bodily insecurities at some point in their lives and would like to ‘fix’ at least one thing about themselves.

If you’ve ever felt insecure about how you look, you’re not alone. We spoke to these Singaporean girls about their experience dealing with body image issues and got them to share their honest opinions.

*Some names have been changed to protect identities

Used humour as a defence mechanism 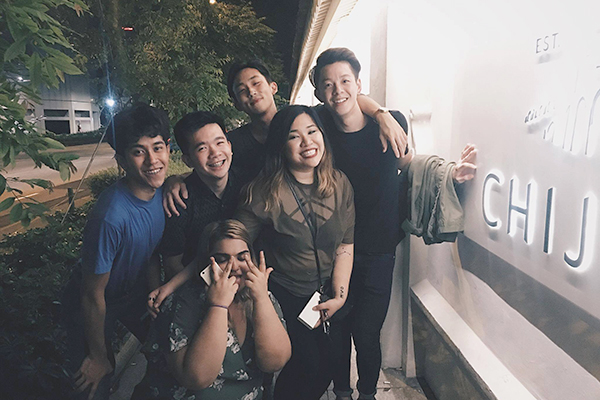 I began to struggle with my appearance in Primary school. The popular girls tended to be pretty and skinny; I was morbidly obese and didn’t quite fit in. I suppose that’s when I started to relate success, happiness and a wide social circle with good looks.

From a young age, I was constantly told to lose weight and to “dress for my size”. It didn’t help that I was half-Chinese, and was measured against the Chinese stereotype of being skinny with straight hair. I adopted an exaggerated personality, being crass and humorous to distract people from my size—I didn’t want people to know me as “that fat girl”.

Things got worse when I entered my teenage years and the media started to have a greater influence on how I viewed myself. I began to beat myself up and repeat the words “ugly”, “worthless”, and “unwanted” in my head. I tried to diet and exercise, but it never lasted long enough to make a difference.

I confided in my friends about these issues. However, I felt they could never fully understand my pain because they didn’t look like me. They’d tell me things like “You’re not fat! You’re beautiful!”. But I knew they were lying and were just being nice. Now that I’m older and more mature, I’ve learnt to accept that beauty doesn’t come in one shape or size. I’ve learnt not to hide the way I look and to not depend on others for validation.
Sarah, 24 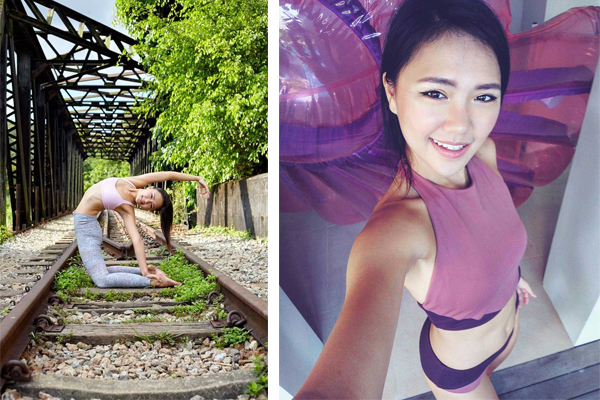 When I was fifteen, I began to develop a negative view of myself. It was due to the combination of my perfectionist tendencies, low self-esteem, and a personality which swung between extremes.

I felt a need to keep my weight down. It led me to binge-eating, purging, and starving myself. I constantly over-exercised, spending a ton of money on food and diet pills. Going through these episodes left me depressed, lonely and unable to focus on my studies. It didn’t help that I had uncontrollable mood swings and crying spells.

Most people couldn’t tell I had a problem. They thought I was turning into a health junkie when I started becoming slimmer and fitter. Even if they doubted anything, they never brought it up.

Eventually, the emotional pain I was experiencing forced me to seek professional help. I went for hypnotherapy, psychotherapy, detox retreats and yoga. 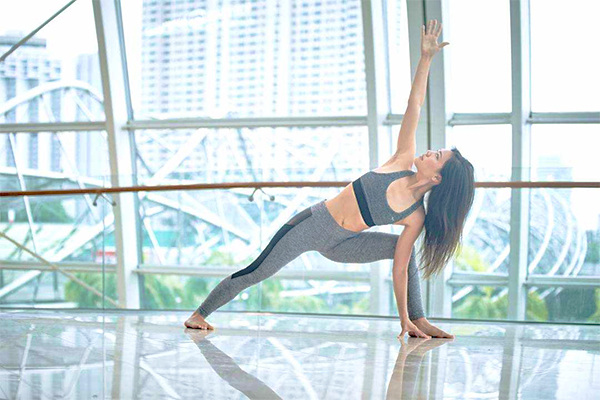 I think yoga helped me the most as it gave me a sense of calm. Guiding me toward internal awareness and peace, it helped me reconnect with myself.

My then boyfriend also played a large part in my recovery, providing me with a listening ear whenever I needed to vent.

What we need is empathy and support for recovery, not the judgment of our unhealthy coping mechanisms. But I believe with the growing awareness of the importance of mental health, things are beginning to look up.
Lishan, 24 I started having body image issues in my teens because I was always on the skinnier side. Many of my friends accused me of being anorexic because I don’t gain weight easily. They discouraged me from exercising because they assumed I was trying to lose weight.

At one point, I constantly binge ate in an attempt to put on weight. I thought I could binge my way into achieving body satisfaction.

I felt I couldn’t speak out about my body image issues because I had a ‘good problem’—I wasn’t fat, I was thin. My friends called me “skinny bitch” as though it was a compliment. They didn’t realise how much the name affected me. I felt that I couldn’t confide in them because if I tried to talk about my issues, they would’ve told me to shut up.

Over the years, I’ve learnt that as long as you’re healthy and happy, that’s all that matters. Everyone should learn to love their body shape and size as it is.
Aiswarya, 23

Lost 35kg through an unhealthy regime I began feeling dissatisfied about my body since kindergarten. Because I was bigger than other children, adults constantly commented on my size. Even when I was at my skinniest, my broad shoulders made me stand out.

Though I was on the heavy side, I was an active child. Until the age of twelve, I took swimming lessons and attained a Gold certificate. However, people continued to make disparaging remarks about my body.

My classmates, doctors, and extended family were my biggest critiques. During a health check up, one doctor actually handed me a skipping rope and told me to demonstrate how I used it. She didn’t believe me when I told her I exercised frequently.

Three years ago, I reached a breaking point as I was desperate to lose weight. I started doing High-Intensity Interval Training (HIIT) six to seven days a week without rest while eating little to nothing. I had two apples a day and lost 35kg.

However, I was still unhappy. I was constantly sore from the exercise and tired from the lack of food. But people were complimenting my weight loss and asking me how much more weight I was going to lose. To them, I was still fat, even though my BMI was in the healthy range.

Eventually, I realised how toxic my habits were and stopped—I was living more healthily when I weighed more.

To other girls struggling with body image issues, know that a healthy body isn’t necessarily a skinny body. Also, never believe those who say they come from a place of love when they throw shade at your appearance. Those who love you will never tear you down.
Atifa, 25

I was known as the “bamboo pole”

Since kindergarten, my relatives and immediate family members would compare me to my cousins who were a lot more attractive. I was a scrawny kid and had many moles on my face.

Whenever I fought with my brothers, they would call me “bamboo pole” or “mole face”. They knew how those names hurt me and I’d inevitably end up in tears. Things got worse when I started primary school. As I looked different, my classmates ganged up on me and teased me constantly.

Eventually, I developed an eating disorder. My mother didn’t understand what I was going through and her thoughtless remarks worsened my condition. If I ate ‘too much’, she’d tell me to watch my diet, if not I’d become fat. If I refused to eat, she’d comment about how I looked “too skinny” and “insect-like”.

When I confided in my friends, they just laughed it off or told me that I was perfect the way I was. They didn’t seem to realise how much my appearance affected me.

While I don’t think I’ll ever resolve these issues, growing older made me reshuffle my priorities. I stopped letting my insecurities take charge and focused on more important things like doing well in my career instead.
Emma, 23

Considered a gender change because of my Adam’s apple

I started becoming self-conscious about my looks when I was 10. My peers criticised my hairy arms and Adam’s apple. Boys taunted me, asking if I was a male in disguise. It got so bad that I thought of changing my gender because if I were to become a boy, no one could fault me for my ‘boy parts’.

It affected the way I carried myself when I talked to people. I’d feel self-conscious, praying that they wouldn’t notice my ‘flaws’. Eventually, I avoided talking to others because of my insecurities. If I had to speak to someone, I’d lower my gaze and end the conversation quickly.

Things started to look up in Secondary school when I had the luck to meet some amazing friends. They taught me to accept who I am through their love and acceptance.

I had encouraging teachers too. I remember plucking up the courage to ask my biology teacher about my Adam’s apple. He was kind and patient, gently explaining how some girls have more testosterone in their bodies. He reassured me that my Adam’s apple did not make me any less of a female.

At the end of the day, being healthy and happy is more important than looks. Beauty is how much love and happiness you can spread to the rest of the world.
Nursheena, 25 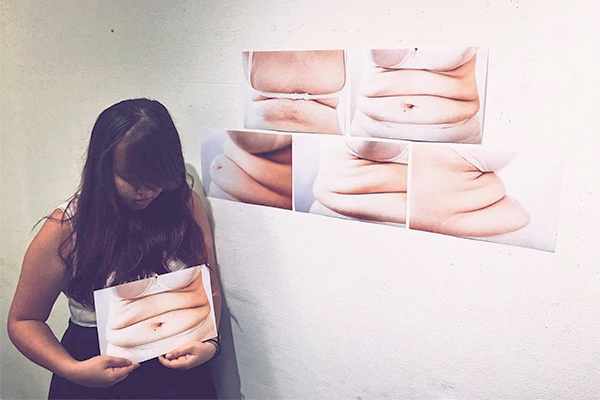 Junior college was a tough time for me. Puberty had caused me to gain weight while my girlfriends remained petite. I began to struggle with body image issues as my body was different. The Chinese mindset that ‘skinny is beautiful and fat is ugly’ compounded these issues.

I remember one incident three years ago, a senior who barely knew me left a hurtful comment about my size. No matter how hard I try to brush that comment off, it continued to haunt me.

Last semester, I decided to create a series of images aimed at celebrating bodily ‘flaws’ such as cellulite and pot bellies. I was inspired by the bikini-clad mothers and grandmothers I had seen at Cinque Terre, who were unabashedly showing off their flabby tummies and saggy skin!

I saw this project as an opportunity to celebrate every female who has ever struggled with their bodies and as a way of coming to terms with my own struggles.

Haters gonna hate no matter what size you are, so love yourself; you’re beautiful the way you are.
Ming Rui, 23

Self Love Is Key

Insecurity plagues even the most confident of women from time to time. We’re always our own worst critics and chances are, nobody actually notices your ‘obvious flaws’. But at the end of the day, beauty is only a matter of opinion.