You know that feeling; the one when you’re typing a sentimental text to your ex halfway, only to delete the message before you can regret sending it. But for over 2,421 exes from all over the world, they decided to air their dirty laundry in an open excel sheet that has been spreading around NUS—guess uni students have a lot of pent up emotions that need to be released.

We sifted through a sea of heart-wrenching rants and compiled the most cringe-worthy responses that made us go:

Some exes had Netflix but no chill… 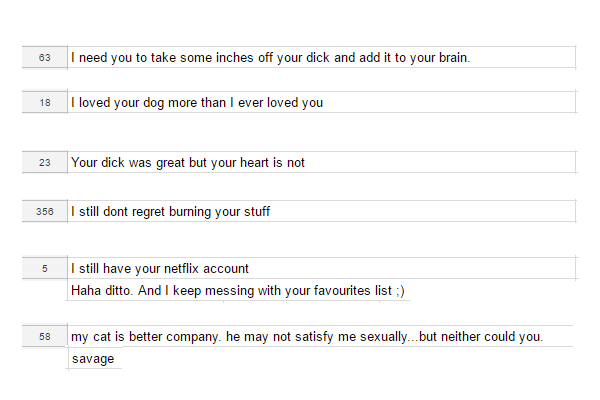 While others decided to keep it real… 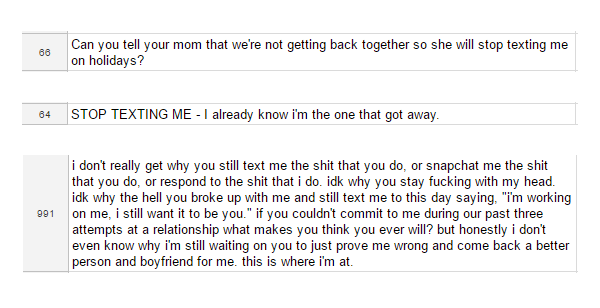 Some exes weren’t over the “one that got away”…

While others believed revenge is a dish best served cold.

But of course, there were those who were truly heartbroken… 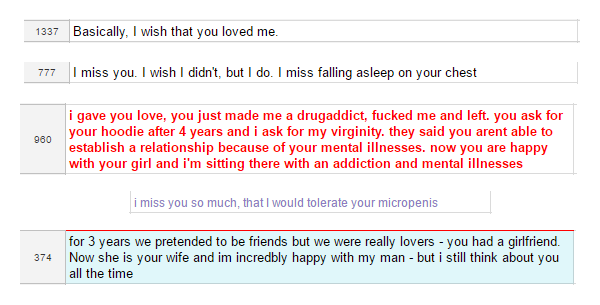 Or sorry for what they did. 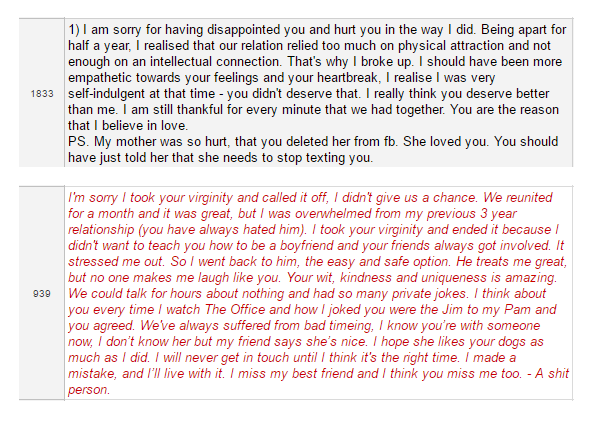 Some could even be the next Nicholas Sparks… 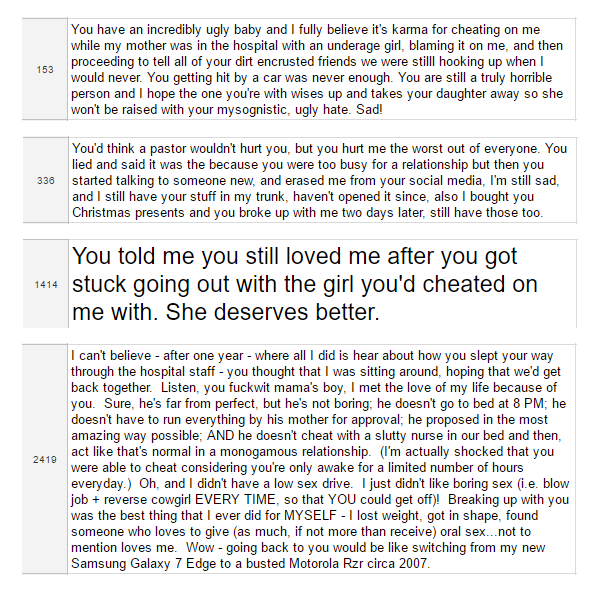 Only wishing the best for him/her…

While the rest of them were…nevermind

After the overwhelming response and input into “texts I wanna send my ex”, the original 2,421 entries in the excel sheet are now “view only”, so they can’t be edited or commented on anymore. But if you have a lot of feelings, a second page has been set up for all to rage on!