Raised With A Religious Upbringing

Like a good number of Singaporean kids, I grew up in a religious household. My parents met and married in church, then dedicated their lives to bringing up their three children with the same religious education they received.

Though they did their best to parent us, mum and dad’s religious inclinations made things challenging at times. If you grew up with extremely devout parents, you’ll probably relate to these growing pains.

1. Banning us from Pokemon / Harry Potter

Or any pop culture that involved magic, monsters, and non-human characters. Apparently, exposure to these things would risk us getting possessed by evil spirits.

When I was 6, mum snatched my then-favourite Pikachu toy out of my little hands and threw it down the rubbish chute of our flat. My father tried to coax me back to sleep but I was inconsolable and wailed my lungs out. Sad reacts only. 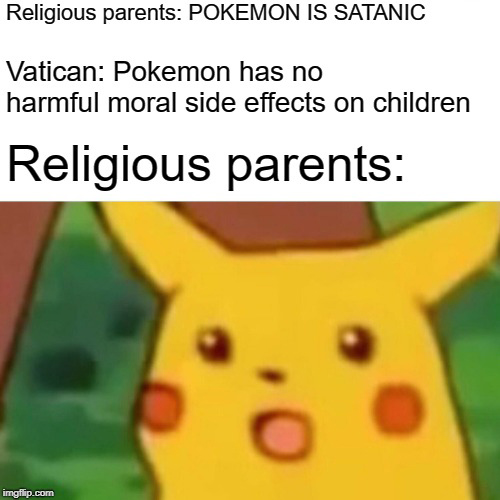 2. Not believing in luck

My parents never wished me “good luck” before exams or job interviews. Instead, they said “all the best” or “God bless”.

“Christians don’t believe in luck,” they would quip, “only in God’s grace and providence.”

So when the smallest things went well, a slew of “Thank You Jesus” and “Praise the Lord” followed. My Muslim friends relate to this as well, except it was “Insyallah” and “Alhamdullilah”.

Stomachache? Pray. Bad weather? Pray. No boyfriend? Better pray harder. No matter how big or small the problem, prayer was always the answer. As an impatient youngling, this was such an unsatisfactory solution to my problems.

5. Being made to attend church camps

For a decade, I spent a week of my June and December holidays at church camps. These were week long programmes that taught us more about our faith.

My parents strongly encouraged me to go every year, since more time with Jesus meant less time for Pokemon.

Pro-LGBT Christian Shares His Side In 377A Debate

6. Not knowing how to gamble

My friends are always shocked when they find out I don’t gamble, even during Chinese New Year. In fact, I only learnt to play Mahjong last year. That’s because gambling is frowned upon in Christianity.

On the bright side, I’ve never lost a cent to a game of poker.

Anything without sleeves was considered risque. If I wore a tank top, my dad would have me pack a cardigan.

Swearing was not tolerated, so “shit” had to substituted with “shucks” and “f**k” with “fish”.

I recently began practising yoga, much to the chagrin of my mother. She views yoga as a spiritual practice that could mess with my mind if I’m not careful, and asks me to pray for protection before every class.

I tell her the only danger I face is spraining my back because I’m just that unfit.

10. No visiting other places of worship

My first time visiting a temple was at 17, despite being born and bred in multi-religious Singapore.

I was taught that visiting other places of worship would compromise my faith, and I would be affected by the “demons” residing in such spaces. So when my family went on overseas tours, we waited outside temples while the rest of the tour group explored.

Similarly, a Christian friend recounted the time she wasn’t allowed to visit a temple on a school trip. The poor girl waited on the bus while the rest of her class went on the excursion.

11. No sex before marriage

Pretty self-explanatory, but this also means I haven’t been allowed to stay over at my partner’s house although I’m 25 — my mother’s age when she gave birth to me.

12. No dating people of other religions

Mum and dad were pretty chill with me dating boys from other races, nationalities or family backgrounds. The only catch — they had to be Christian.

They hoped I would settle down with a nice Christian boy so we could “grow together in our faith” and “raise our children in the ways of the Lord”.

After a failed relationship with a Christian ex, I realised there were many other factors besides religion which determined compatibility. My current partner is agnostic and I couldn’t be happier.

My parents used to say frightfully homophobic things that I don’t want to ever put into writing. To them, the homosexual “lifestyle” was abhorrent and deviant.

Fortunately, we’ve come a long way as a family. Once I had the space and maturity to form my own opinions, I came forward as an LGBT ally, speaking up for LGBT rights within my social circle whenever necessary. 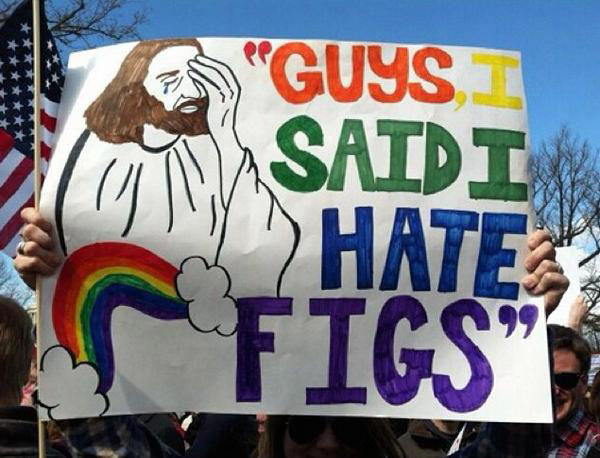 Thanks For Everything, Mum And Dad

In spite of their frustrating religious hangups, I still love my parents to death and I know they only want the best for me.

Even if their way of shielding me from the world was irrational at times, I still appreciate everything they did. Thank You Jesus, Praise The Lord.