From bulimia to anorexia, the number of Singaporean Millennials diagnosed with eating disorders has increased in the last few years.

As a person who has suffered from an eating disorder, I can understand why it’s difficult to talk about the problem. The stigma of having a mental disease, the feeling of shame, and not wanting to feel like a burden makes it a tough subject to broach. But, the first step to addressing any problem is to confront it.

With patience and faith, these Singaporeans took the first step to recovery, and are here to share how they overcame their illnesses.

1. “I thought to myself enough is enough.” 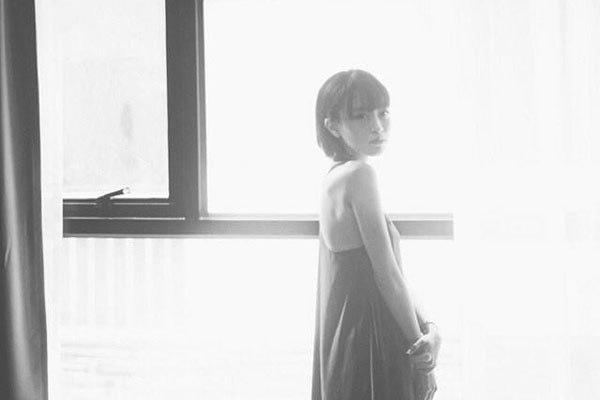 For four years, I suffered from bulimia and anorexia. Back then, I was an 18-year-old model who only wanted to look good in pictures.

I began to starve myself because it was what the other models around me were doing. At shoots, I was happiest when the smallest sizes were too big for me and stylists had to use clips to hold my outfit together.

It was only when my cheeks caved in and my boobs ‘disappeared’ did I eventually tell myself “enough is enough”. I quit the modelling industry and worked towards eating normal meals.

Though it wasn’t easy, I’m proud to say I’ve fully recovered from my eating disorders. More than any job, or how I was ‘supposed’ to look, I’ve learnt to love myself and be happy in the process.
Audrey, 27

For two years, I suffered from bulimia and body dysmorphia. I constantly hated my body because I wasn’t skinny like an Instagram model.

At meal times, I’d eat to appear ‘normal’, and then excuse myself after to throw up in the bathroom.

It didn’t help that I depended on the number of Instagram ‘likes’ to validate my self-esteem. When I posted pictures of myself, the positive comments on how skinny I looked encouraged me to maintain my purging habit.

Eventually, I stumbled across veganism and found a supportive community which strongly encouraged self-love and body-acceptance. It helped me be kinder to myself.

While I’ve stopped purging, self-hatred still gets the better of me on my worst days. Nevertheless, the baby steps I’ve taken towards eating better has helped me to find balance in life.
Ally, 25 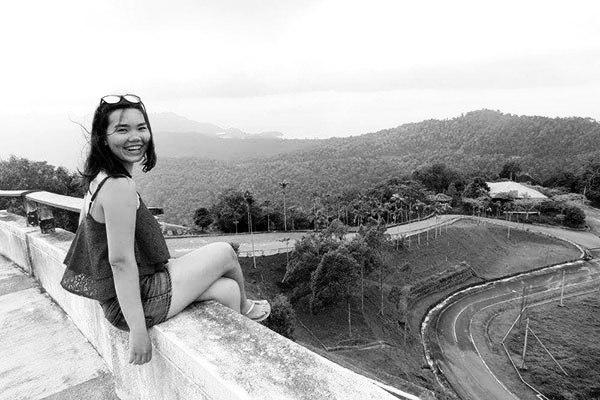 My eating disorder began in my first year of university. At the time, I wasn’t chubby, but every time I Skyped my mother, she’d ask, “Why you so fat?”

I began exercising excessively and tracking my caloric intake religiously. On the days I ate less than 900 calories, I would feel proud; on the days I didn’t, I would punish myself by running an extra 30 minutes.

Eventually, my obsession with weight loss drove me to bulimia. I continued purging until one morning, I collapsed in my room and couldn’t get up.

I sought help from a therapist after many failed attempts at self-recovery, and he helped me resolve the mental issues which fed my destructive habit.

Though my family shamed me for seeing a counsellor, I know seeking professional advice was the best thing I did for my health.
Kim, 22

4. “I admitted myself to the hospital.” 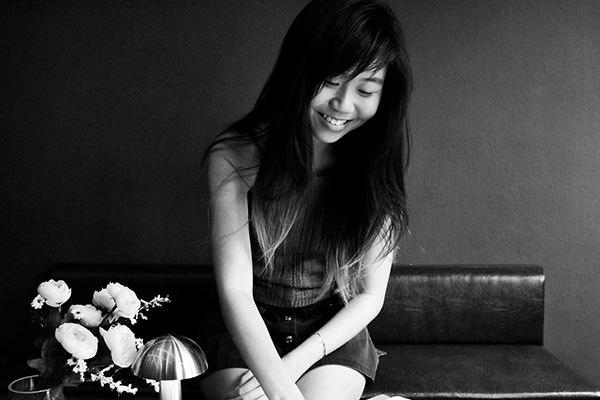 I’ve been suffering from ANBP (Anorexia Nervosa Binging Purging) for five years now. It started back in 2012, right after my A-Levels. I developed a crush on my private tutor and was shot down when I confessed my feelings.

Initially, I used food as a means of comfort to get over the heartbreak. But, my eating habits spiralled out of control and developed into a full-blown Binge Eating Disorder.

Subsequently, I developed depression. Despite seeing a private psychiatrist who put me on medication, my mental health didn’t improve.

The turning point came when my parents admitted me into IMH because I was “a danger to myself”. The new medication the doctors prescribed helped me get better.

The process of recovery hasn’t been easy. I’ve had slip-ups, and I re-admitted myself into the hospital last year because I felt I was spiralling again.

To others in the same position: don’t give up on yourself or your fight towards recovery. Keep trying different doctors or switch prescriptions, and eventually, it will get better.
Jing, 23 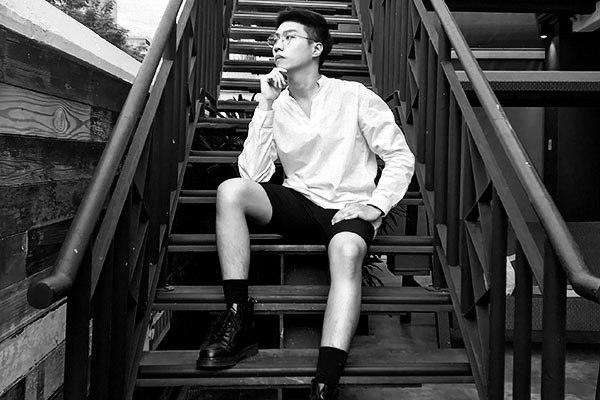 My bulimia first started when I entered secondary school. I was overweight and was bullied by my classmates and family.

They’d call me a glutton, which hurt my feelings. I turned to food for comfort, but eating made me feel guilty so I’d purge it out.

I only realised I had to stop because forcing myself to vomit damaged my throat, causing me to lose my voice in the process. It also became difficult for me to play the trombone during Band practice because my throat hurt too much.

During this time, I fell into depression and didn’t eat much. That caused me to lose a lot of weight and the bullying stopped because I became ‘skinny enough’.

Despite my current healthy weight, negative thoughts about my body still affect me. But, I’ve learnt to distract myself with new-found hobbies like dancing to K-pop.

Looking back, I made the mistake of keeping the problem to myself. If you’re suffering from an eating disorder, please tell someone and seek help.
Asri, 22

6. “I had no energy to carry out my daily routine.”

My anorexia began when I was 14. I suffer from self-esteem issues and always felt I wasn’t good enough.

I remember thinking about how much I wanted to shrink and disappear, and I started starving myself to do just that.

But, I never saw my lack of eating as problematic until my body became too weak to carry out simple tasks such as showering or getting out of bed.

It’s been three and a half years since I’ve started my recovery journey, but the path hasn’t been smooth sailing. Sometimes, I revert back to my old ways but I remind myself that my worst days of recovery will always be better than my best days of relapse.
Jane, 21 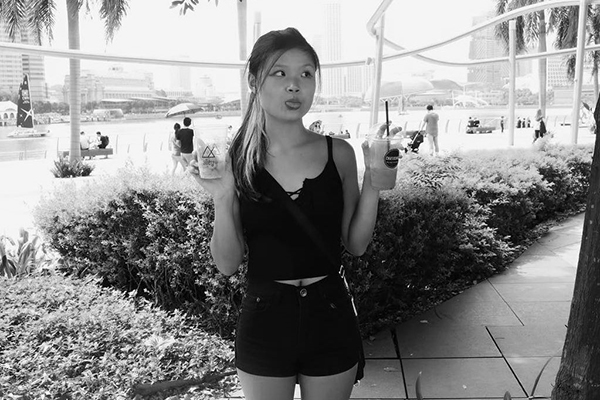 In primary school, I was often teased for being overweight. But, my weight never bothered me until I went through my first breakup.

I met my then-boyfriend online and we talked about meeting up for months. When we finally met, he excused himself and left. That night, he sent me a breakup text, saying I was fat.

That was the start of my self-esteem issues; I felt so ugly and became desperate to lose weight. My obsession with being skinny eventually led to bulimia.

During my O-Level year, I was plagued with abdominal pain and heartburn. On one of the many trips to the clinic, my mum started crying because she couldn’t bear to see me in so much pain.

Seeing her breakdown broke my heart, and I decided to get better because I didn’t want to hurt her any longer.

Bit by bit, I tried to get more food into my system. At every meal, I counted the number of spoonfuls I swallowed to keep track of my progress.

In the past, I hid my problems and dwelt in self-denial. But now, I confide in my friends and face my demons. Slowly, I’ve learnt to stop telling myself, “I’d just purge one more time”.
Nat, 24

If you find yourself in a similar position, don’t give up on yourself. Like most mental illnesses, it only gets better if you reach out and seek help, be it from close friends or professionals. More importantly, you should know you don’t have to deal with these problems alone.

If you know someone who needs help, call 1800-283 7019 or contact the Support For Eating Disorders Singapore (SEDS) at eatingdisorders@sgh.com.sg