A female bartender isn’t just a tin-shaking, cocktail-swirling attendant. Quite often, she becomes a therapist, who provides a listening ear to people from all walks of life.

When being courteous is seen as part of the job, some customers take advantage of a bartender’s hospitality. But when people think “the customer is always right”, where’s the line drawn between harmless interactions and overstepped boundaries?

In a study done by AWARE Singapore, 79% of sexually harassed co-workers are women, with a large number of incidents reported originating from the hospitality industry.

Though some blame it on the alcohol, harassment is a serious, inexcusable issue prevalent in the bars and restaurants we frequent. To gain further insight about harassment, we spoke to three female bartenders in Singapore: Kelly, Juan and Cheryl.

Kelly D’Cruz, Bar Manager at The Secret Mermaid, explained that as a bartender with tattoo sleeves, customers often take interest in her ink. But on multiple occasions, she recalls customers grabbing her without permission for a closer look.

“Just because someone is behind the bar serving you, it doesn’t mean you can just grab at them,” she adds. 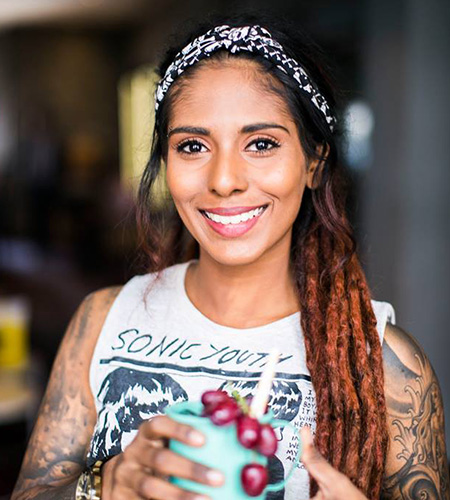 Bartenders just want to be treated the same way as staff would be in any profession. But often, many customers cross that boundary especially when it comes to the service industry.

“Demonstrating disrespectful behaviours toward the staff, or any other human being, would be unfair and not to mention rude,” says Juan Yijun, Sous Bartender at Operation Dagger. 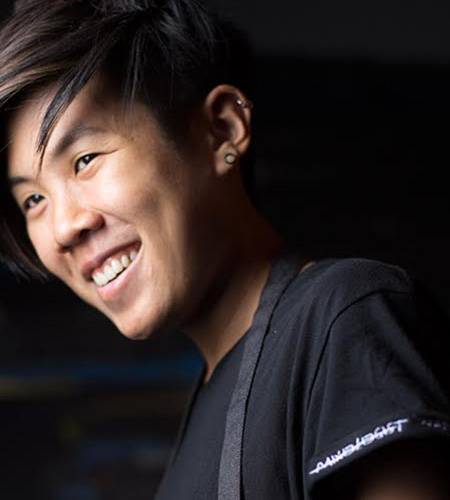 Kelly recalls a time when she rejected a patron who wrote her love letters with cheesy pick-up lines. Undeterred, he got the live band to dedicate a love song to her and read out a love note to the entire bar.

“Everyone thought it was sweet and that I should have been flattered, but I was humiliated. No means no, it shouldn’t have been an invitation to try harder,” she says.

But drunk men aren’t the only ones involved.

Sometimes, she has to intervene in isolated incidents which involve both men and women to protect vulnerable parties. “I don’t think it’s accurate to say that it’s mainly drunk men who cause trouble,” she adds.

For Juan, her experiences of harassment have been a little more physical, with some customers requesting for her to “go home” with them.

“I used to wear a leather apron for my job. One customer said he wanted to ‘feel the leather’ and put his hands into my apron pockets,” Juan recounts.

“Another time, a customer didn’t like the drink he was served, so he grabbed my head and forced me to try it, in an attempt to validate his dissatisfaction. Other times, people have thrown glassware towards my team, just because they were unhappy with their bill.”

Although such situations don’t happen all the time, being able to recall specific incidents reflect how deeply the effects of harassment can stick with them. 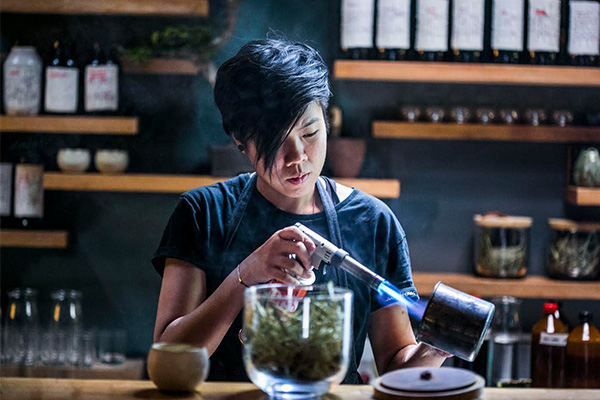 “I’ve short hair and I’m not as feminine as my mum would have preferred, but that doesn’t stop customers from coming onto me,” Juan explains. “Working behind the bar makes it easy to build rapport, but customers often take advantage of my friendliness and the easy-going environment to hit on me.”

To deter customers who come on too strong, some bartenders choose to interact with customers on purely work-related topics.

Being in a safe work environment is also important, as emphasised by Juan and Kelly.

Cheryl Choe, Bartender at Kilo Lounge, specifically chose her workplace because of the safe environment.

She explains, “I’d be more likely to get harassed if I chose to work in a sleazy bar, where men aim to hook up with the staff. Be alert and observant, and if things get out of hand, inform the managers or security team. But overall, the drinking scene in Singapore is pretty safe.”

Kelly agreed by adding, “Make sure the bar owners or managers are aware of harassment if it happens. Service crew can get scared of calling out harassment, especially when it comes to regulars or big spenders.” 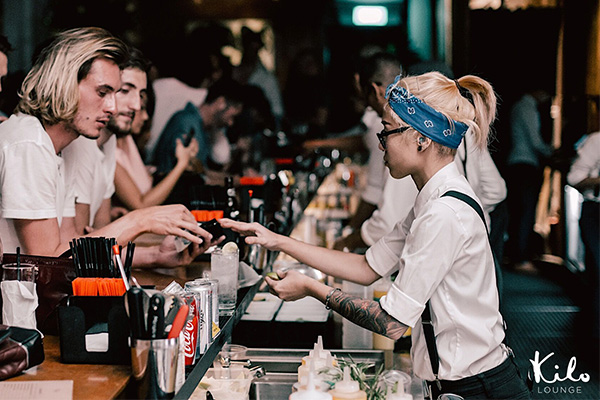 Harassment in The Service Line

Constantly being exposed to these types of behaviours sounds daunting. But for all three ladies, these experiences have shaped them to be seasoned bartenders who are able to stand up and defend themselves.

Juan also added, “I think being exposed to these types of behaviour empowers you to stand up to it. I doubt other jobs will teach you the same lessons. Despite all drawbacks, there are far more important and rewarding aspects of this industry that keep me going.”