Perks Of Being Single

If you’re the single friend of the group, you’ve definitely been the shoulder to cry on for your attached friends when their relationships are in tatters.

As they bury themselves in tissues and ice cream, you can’t help but feel relieved that being single is a lot less complicated.

Your life is uninterrupted by invasive texts asking for your whereabouts, and you have complete control over what you choose to do with your time.

So in celebration of Singles’ Day (yes, it exists), here are 12 moments every #ForeverAlone friend has experienced that’ll make them grateful to be riding ~ solo ~.

Admit it, when your couple friends get into heated arguments and start shit-posting about each other on social media, part of you feels immense satisfaction for two reasons.

One, you’re low-key invested in their drama. Two, you’re thankful you don’t have to deal with a douchebag boyfriend who doesn’t consider your feelings.

2. When our friends ask their bae for permission to go out

My heart aches for the ladies who have to seek approval from their boyfriends to go out and have a good time.

“Huh..but my boyfriend doesn’t like me to [insert social activity].”

Whether it’s uni camps or hitting the clubs, girlfriends shouldn’t need permission from anyone. The fact that it’s the 21st century, and such practices still exist makes me want to… *rolls eyes into skull*

Come on, people. Have some trust in your partners.

3. When we have the freedom to double-tap everyone and anyone we like 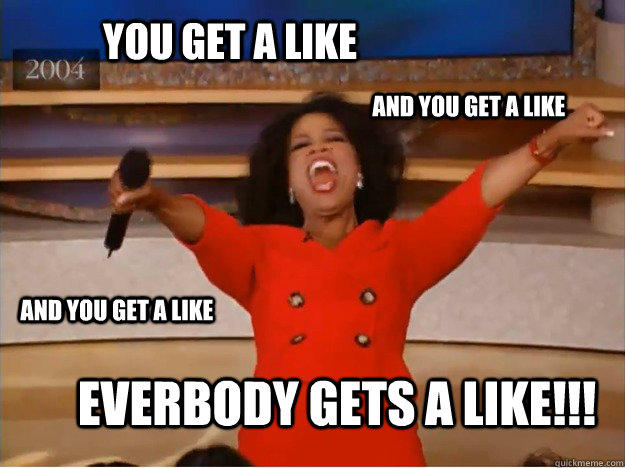 In Singapore, if it’s not NS, it’s double-tapping attractive members of the opposite sex on Instagram that tears young couples apart.

As a single lady, I’m glad there are no hawk eyes following my every move on social media. When I’m drunk, my fingers are free to roam and tap whatever they want. Can couples say the same?

4. When shopping cheap on Singles’ Day

Where everything is overpriced for Valentine’s Day, Singles’ Day is the complete opposite.

With 11:11 sales happening on EVERY retail site, this is the time of the year where we can treat our beautiful single selves like the damn queens we are.

Hell, if you ask me, Christmas has nothing on Singles’ Day.

5. When we watch our friends slowly lose their personalities

I’ve witnessed one too many interesting female friends turn into boring rocks when they get into serious relationships.

The pros of being single? Never having to pretend to like NBA or melt into another person’s personality because I’m confident in who I am as an individual.

6. When attached people HAVE to wait for their SO to catch a new episode

Nothing annoys me more than when there’s an all-girls sleepover, and we can’t binge-watch anything because someone promised their SO that they would watch Stranger Things together.

Picture this. Boyfriend is going to McDonald’s for supper. He asks girlfriend if she wants any food. She says no. But when he returns, she’s starts eating his fries without asking. *triggered*

“You said you didn’t want any,” he thinks. He doesn’t express his discontent because he doesn’t want to seem petty. But we all know he’s progressively getting angrier as the number of fries decreases.

Meanwhile I, the unofficial cat lady, continues to stuff more fries into my mouth.

What even is waifu?! Can you imagine being called waifu in public??

9. When ‘Single Ladies’ come on

True story: A friend and I used to clear a space on the Zouk dancefloor everytime ‘Single Ladies’ came on… until she got into a relationship.

Now whenever the song comes on, she hesitates to join me because she’s afraid it might offend her boyfriend. *rolls eyes into skull for the nth time*

10. When couples go from PDA to PD-Extreme

Although watching couples PDA makes me a little salty on the inside, the act of expressing love in public is nonetheless, adorable.

But there’s always that couple, the one whose innocent hand-holding turns into a full-on grope show which makes surrounding bystanders extremely uncomfortable.

Being single means I have no one to be gross with, which also means there’s a 0% chance of me getting ‘Stomp’-ed for being inappropriate. #win

11. When couples try so hard to win their in-laws’ affections

Meeting the parents and extended family is an important step in any relationship but for some, this process can prove daunting.

What if there’s a naggy aunt or an overly-strict father? People in relationships feel extra pressure to impress the elders, and as a lone wolf, I’m glad I don’t have to experience this kind of mental torture anytime soon.

12. When our attached friends become broke

It’s a well-known fact that when you date someone, the hole in your pocket gets bigger because you’re constantly spending on your other half.

Unless couples can manage their finances well (which is rare for Millennials), half the time, most of them are too broke to do anything else after a fancy date with their SO.

While my female friends are splurging on new clothes and weekly wax sessions, my only expenditure is ice cream.

There’s no denying that being in a relationship is great, and there are times where the warmth of another person is comforting after a long day at work.

But being single affords me the freedom to do what I want, whenever I want. Until then, I’m happy being in a relationship with my fabulous self.