This post is a submission by Angelline Chung who will be guest starring in Kultus, airing on Toggle and Suria on 7 February 2019. She is an actress and musician based in New York City who has worked on set with Hugh Jackman, Lena Dunham, Gerard Depardieu, and Jennifer Hudson.

After starring in local dramas like Shall We Talk?, Dream School and Secret Garden, I moved to the United States to pursue Theatre in the Lee Strasberg Theatre and Film Institute in 2012.

As I grew up playing the trumpet, I booked commercial work that required me to be both a musician and an actress. These commercials often paid handsomely—far more than in Singapore. 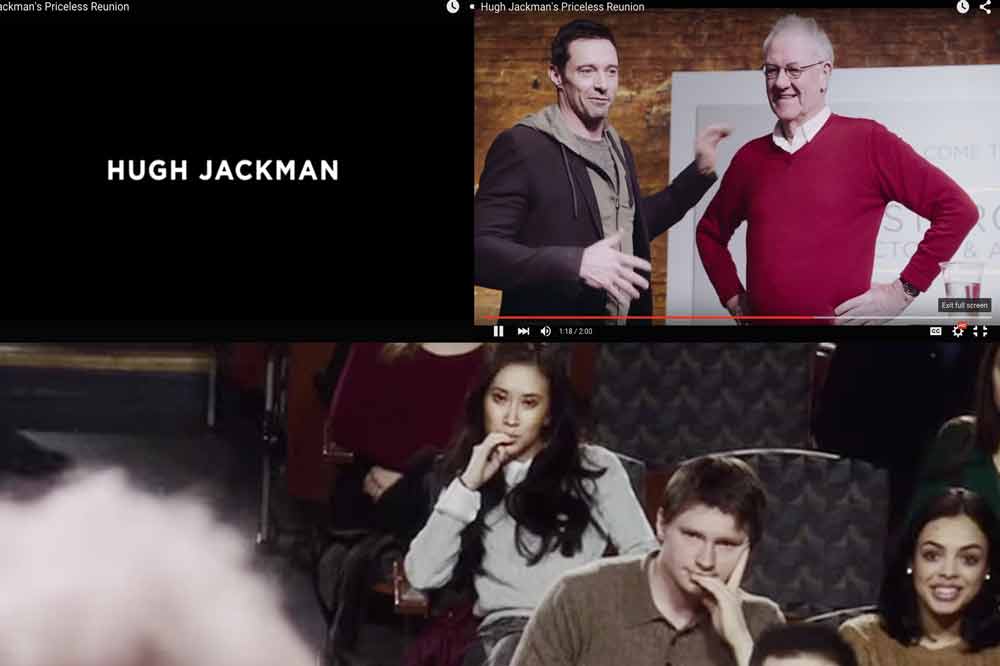 Screengrab of me in a Mastercard commercial with Hugh Jackman

1. Singaporeans have misconceptions about actors and acting

When I struck out an acting career in Hollywood, these were some comments Singaporeans said to me.

“I know in Hollywood, they like very low energy acting, like Meryl Streep like that, can you be more ‘high energy?” A Singaporean director once told me.

Yup, but her low energy acting got her more Oscar nominations than anybody else.

“Go Hollywood confirm must f**k one.”

To think a woman has to sleep around to succeed in Hollywood shows how sexist we can be.

“Six months should be enough for anyone to make it.”

Some auditions will take longer than 6 months, especially movie franchises. Narnia took 18 months to find their leads, while 13 Reasons Why took a year.

On average, it takes 7-10 years for a big break. Competition is so tough that clinching an audition makes you the 0.01% of the actors the casting director has chosen to see.

“No Oscar how can say made it in Hollywood.”

It’s much easier to make it in Singapore, but it doesn’t mean it’s the same everywhere. It seems that many Singaporeans have a hard time understanding that Hollywood has much higher standards.

Most successful Hollywood actors spent many years pursuing their craft in undergraduate and graduate programmes. Clint Alexander, heading casting for Fox (Glee, New Girl, Prison Break), told me that he takes an actor’s background in training seriously because it helps an actor develop techniques to push through more challenging scenes. 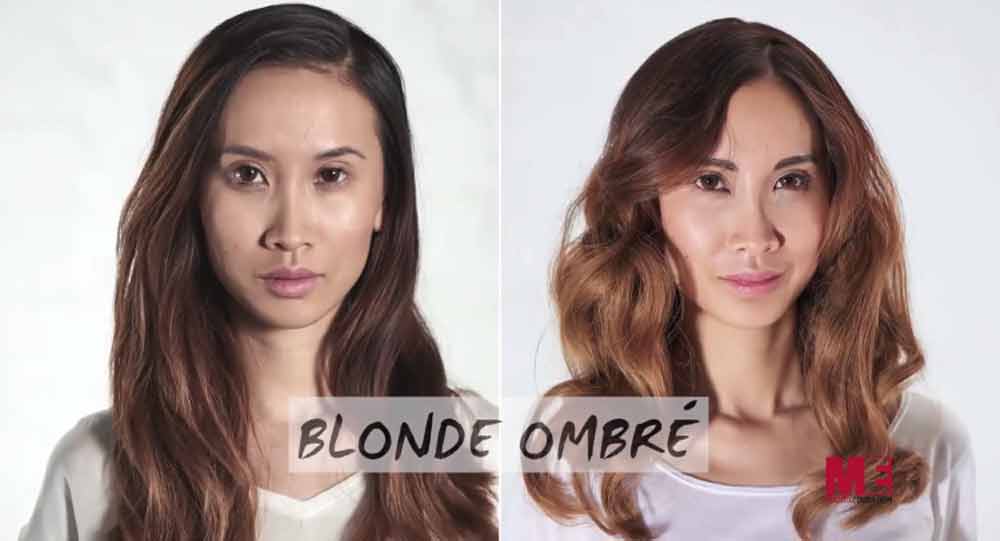 From my L’Oreal Matrix commercial.

2. Being beautiful is not enough

In Hollywood, everyone is beautiful. Marci Phillips, head of casting for ABC, told me your personality is what’s going to make you stand out.

Casting directors will pose random questions to get a sense of your personality. Once, while auditioning with two other actors for Mastercard, we were asked what we like to do when we are bored.

The first guy answered, “When I am bored, I like to watch television.”

The second guy answered, “When I am bored, I like to steal red gummy bears from my little sister and tell her they ran away from her”.

The second guy got the job. A good sense of humour always works.

For the Crazy Rich Asians audition, some actors overdid the roles of Astrid and Nick. They wore loud, feathery hats, rainbow earrings with bells on it, and my friend even wore this massive gold chain on his neck.

If you have seen the movie, you know it was completely opposite of what the two characters were about. I know Astrid had these amazing pair of earrings but it didn’t have bells on it! 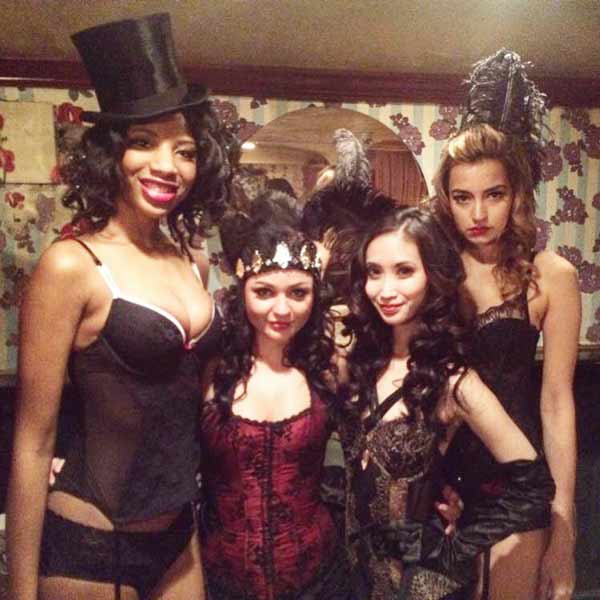 Behind the scenes of ‘Big House’, a movie starring Gerard Depardieu set in the Great Gatsby era

4. You need to work on your nerves

Kim Mischa, casting director for Gotham, Quantico and Blue Bloods, told me that she knows who to book within one minute into the audition.

It is an actor’s responsibility to push through their nerves. Nerves can cause you to make the silliest mistakes and hold you back from a good performance.

Jon Goracy, casting director for Life of Pi, told me he can spot an actor’s nerves when they state their names.

“Hi, my name is er, um…I forgot.” Or they will say it too quickly and sound like they are trying to rap.

5. Play to your unique strengths

Hollywood budgets run by the millions, they are not here to hire someone who wants to ‘play safe’ or ‘try it out’. Here, actors are required to know their strengths unlike in Asia, where actors can play many different parts at all times.

Embrace your strengths and uniqueness especially when you are starting out. It will project a sense of confidence to people who are going to hire you for specific roles.

If you can dance very well, speak multiple languages, parkour or do extreme sports, this can be your key to opening more doors.

I was called in for the ‘Into The Woods’ national tour. My agent reminded them many times that I cannot sing but the creative team was adamant on hiring a ‘Little Red Riding Hood’ who also plays trumpet well and I was the only actress they could find.

I turned down the callback eventually, but my trumpet skills gave me a shot at the role. 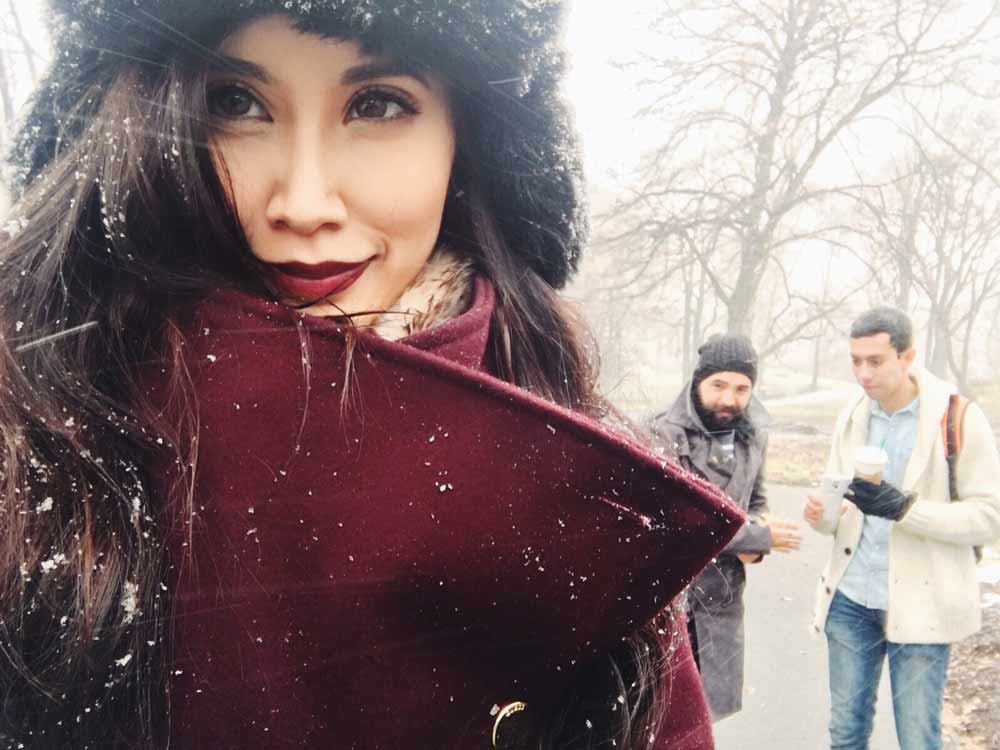 Just a regular day in Central Park with friends.

6. Be prepared to do the weirdest things in auditions

The acting world is filled with eccentric people. Be prepared to do what you are asked during auditions.

When I auditioned for ‘Gotham’ as a cult member, they got me to pull the corners of my lips back with my fingers. In the show, the character’s mouth gets cut up and sewn into Joker’s smile.

A good friend of mine auditioned for How To Get Away with Murder and they told him to make out with his arm for five minutes for a kissing scene.

It is all worth it when you book the job.

As an Asian actress in the United States, you will occasionally get called in for movies like Crazy Rich Asians and Mulan. After auditioning three times for CRA, they told me the part was going to an A-lister.

Rejection is normal and we are usually happy to learn we were up against actors we admire; they were once in our position.

Why I Choose To Remain In The United States 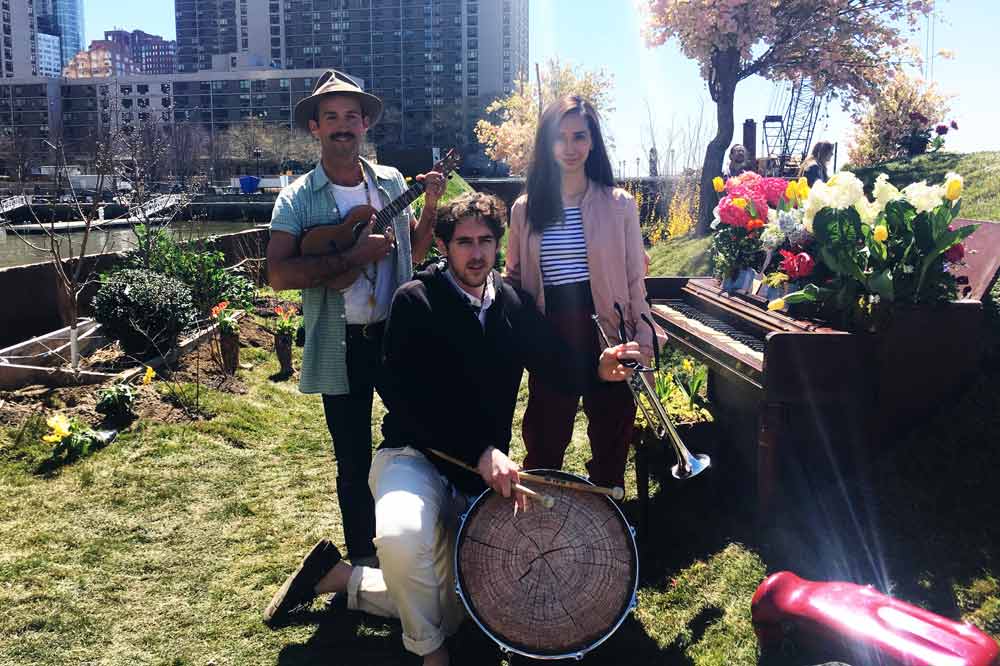 Behind the scenes of a Strongbow cider commercial.

Singaporeans often bash their actors for bad acting but they are oblivious to the fact if directors and the general public cannot appreciate good acting, nobody will champion for it.

If Singaporean actors had access to the exact same resources in the United States (e.g. strong unions, good training programs, high quality productions), they can be equally good.

Acting is more respected as a career in the US. Our hard work and efforts are acknowledged by everyone, whereas in Singapore, many think acting is just ‘saying the lines’. For one, the unions here provide us with good welfare and reasonable pay.

There is no one fixed way to get into acting. You could stay here and bridge over like the local cast of Crazy Rich Asians, or go to acting school and find ways to remain in the country.

No successful person today woke up as they are; they all had to go through their own process.

Angelline has also appeared on national campaigns for L’oreal, Garnier, Oribe, Mastercard, Budlight and others. She is currently in her final year of her Certificate Program in Music at the Juilliard School.