Think of Dior perfumes, and most would recall the J’Adore commercial. I, for one, remember the foxy Charlize Theron strutting around Château de Versailles while surrounded by gold rococo.

That perfume was a bestseller since 1999, and a bottle always sat on my mother’s desk. She’d spritz it on every morning before work until I associated the scent with sophisticated boss ladies.

However, the rich, musky scent favoured by older working office ladies seemed a tad mature for le me, a 25-year-old Millennial.

So at the official launch of Maison Christian Dior at Changi Airport Terminal 3 (Departure Transit Hall), I  was surprisingly blown away by how attracted I was to their Maison fragrances. I wondered, were the new scents tailored for younger women? Or was I just getting older?

Maison Christian Dior seemed to bridge the gap between muted bath scents and the pungent ‘boss-coming-through’ Eau de Parfum. Not to mention, the gorgeous monochrome packaging could easily make it a hit product for gifting because #aesthetics. 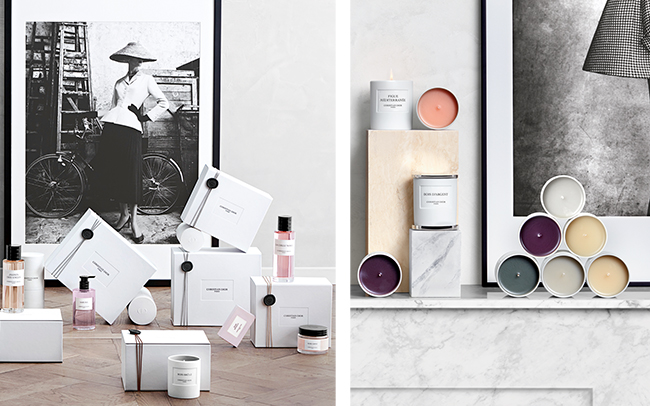 Modelled after a Parisian home, the T3 boutique houses a collection of 20 signature fragrances, alongside candles, soaps, and the new Mitzah (silk scarves).

Worn on the hair, neck, or wrist, each scarf pays tribute to the founding couturier’s muse, Mitzah Bricard.

“The scarf is to a woman what the tie is to a man, and the manner in which it’s tied expresses your personality,” wrote Christian Dior in his Little Dictionary of Fashion.

But if you’re not into scarves, look towards the candles and bath scents. 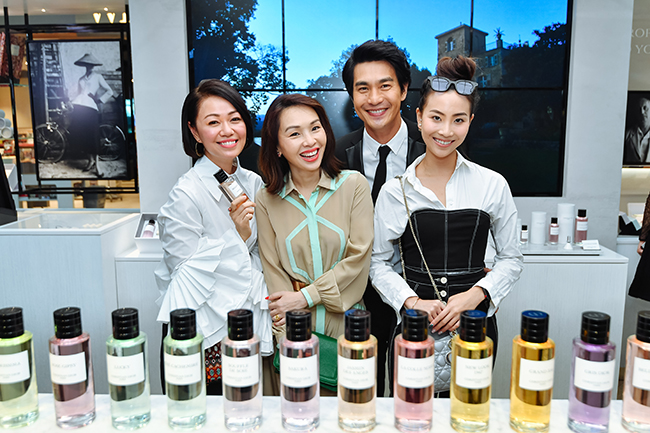 At the grand opening, local actor Pierre Png shared his perfume of choice–the La Colle Noir which had a blend of rose, spices, woods, amber and musks. He opted for a more powdery scent, while singer Joanna Dong went with a warm nutty fragrance, Happy Hour. 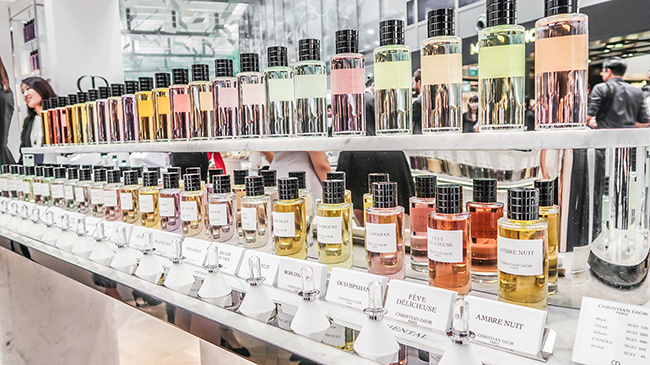 But if you prefer floral notes, ZULA recommends Rose Gypsy. One spritz will last for hours.