Netflix And Chill In December 2018

Netflix revolutionised our consumption habits with high quality, on-demand content for all genres.

Before 2019 starts with a bang, we rounded up these shows for every girl to make the most out of their Netflix accounts (and the other people who share it).

1. Top Pick: To All The Boys I Loved Before

Synopsis:
Visually stunning and stylistically shot, the pastel colour palette will please the Wes Anderson fangirl in you. The story follows an Asian American girl who recounts all the boys she had crushes on since childhood.

The innocent storytelling makes us yearn for the sweet taste of puppy love; an international hit that brought leads Noah Centineo and Lana Condor to fame.

Recommended if you like: He’s Just Not That Into You, Meteor Garden, Wes Anderson movies

Synopsis:
A boy sets a date to lose his virginity with his girlfriend but is discovering bisexual feelings. The movie is a typical coming-of-age crowd pleaser. Visual effects of hallucination and tender performances by new actors make the storytelling poignant.

Recommended if you like: Call Me By Your Name, How To Be Single, Boyhood

3. Sierra Burgess Is A Loser 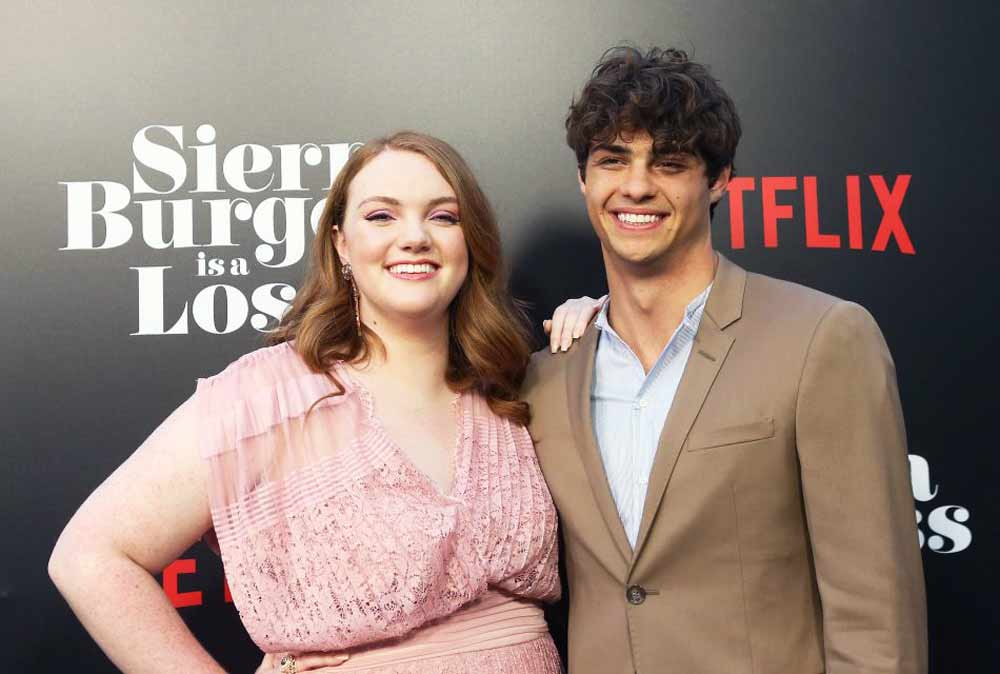 Synopsis:
Netflix stud Noah Centineo plays a high school jock who is catfished by a fat girl. You know what? He loves her anyway because personality counts more than looks. Unbelievable, but neither is Avengers nor Harry Potter.

If you are an SJW who wants to indulge in a chick flick, this movie will please your woke fantasies.

Recommended if you like: Pitch Perfect, How To Be Single, To All The Boys I loved Before, The Notebook

Synopsis:
Predictable story about surfers in a love triangle. But if you need a third dose of Noah Centineo, slather sunscreen on and press play. 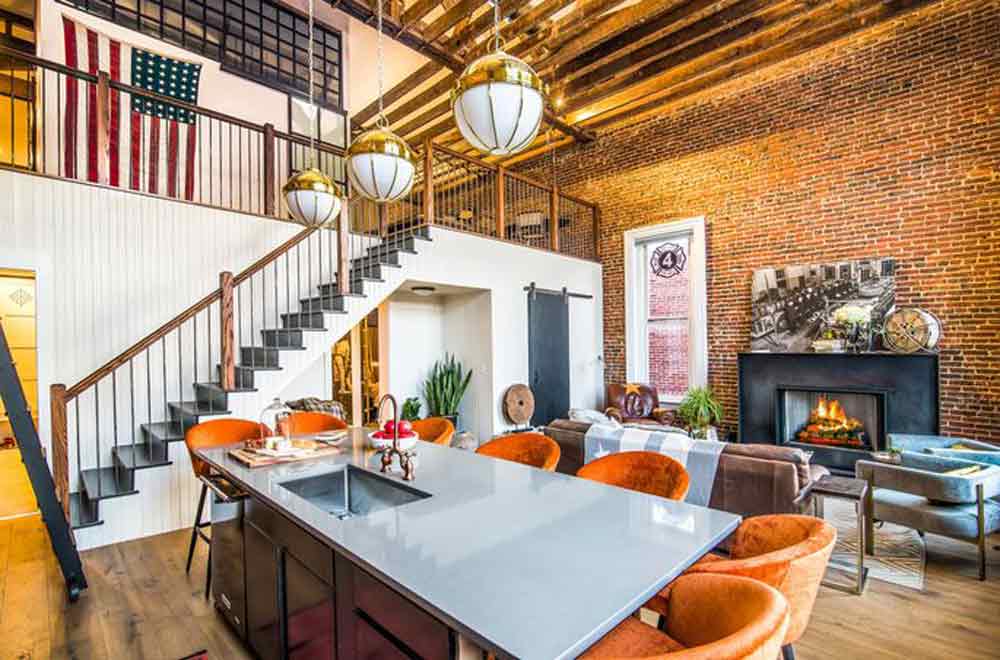 An old fire station gets turned into an exquisite five-star rental on this makeover show.

If you enjoy learning about marketing, design and the importance of presentation, this show ticks all the right boxes. The transformations are absolutely astounding.

Recommended if you like: Extreme Makeover, Queer Eye, Shark Tank

Synopsis:
This has all the feels of a 90s teenage drama updated for 2018. The plot revolves around the dark side of small town Riverdale, where serial killers and cults run amok.

Recommended if you like: Glee, Mean Girls, Teen Wolf

Synopsis:
This remake of 90s sitcom Sabrina The Teenage Witch emphasises the horror and gore factors. Sabrina struggles with her supernatural abilities and humanity. It sounds rather Harry Potter-ish but this series is more female-centric with a strong female lead and her dilemmas.

The plot seems messy, but teenage dramas are not known for their storylines. With a catchy soundtrack, occult symbols (they were sued by the Satanic Temple for using a goat-headed deity), Sabrina succeeds in creating a mood for Millennials with dark souls to indulge in.

Recommended if you like: Riverdale, Charmed, American Horror Story

Synopsis:
The plot is forgettable, but the feel-good factor of the highly choreographed sets and Jane Lynch’s mean coach character makes this a fun ride. Also, see the debut of Crazy Rich Asians’ sequel star Harry Shum Jr. Enjoy the good looking leads and belt out that cover of Bohemian Rhapsody, gurl!

Recommended if you like: Riverdale, Bohemian Rhapsody, Music videos in general

Synopsis:
If you like knowing when to laugh with the help of a laugh track, this 90s favourite will keep you entertained for hours. Fun fact: there is a FRIENDS-themed cafe in Robertson Quay.

Recommended if you like: Modern Family, Parks And Recreation, Arrested Development

Synopsis:
The unexpected situations and comedic timing make this show a delight. A great pick for a slumber party where you don’t want to talk about anything serious. Not just a laugh out loud, this series contains messages about acceptance, commitment and friendships.

Recommended if you like: The Office, Parks And Recreation, That 70s Show

11. How To Get Away With Murder

Synopsis:
This hit series is about a law professor and her students. Nobody is innocent as they exploit legal loopholes to, as the title suggests, get away with murder. It will make you lose hope in humanity, justice and life. But the plot twists are great.

Synopsis:
If you always wanted a gay BFF, how about five? People doubt food “expert” Antoni Porowski can’t cook because he always serves up avocado, green goddess type blender meals. But his good looks makes him a dish in itself. So watch and decide for yourself!

Gay of Thrones star Jonathan Van Ness pulls the show together with his excessive sass and luscious hair flips.

Recommended if you like: Keeping Up With The Kardashians, Biggest Loser

Synopsis:
Topless men beating each other up. Sometimes they turn into wolves. 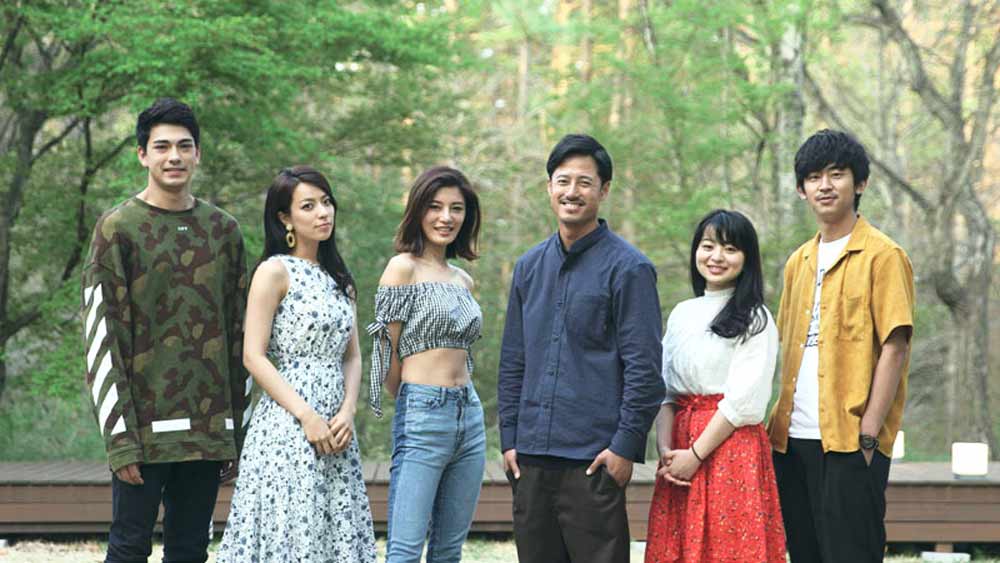 Synopsis:
A reality show where three Japanese women and three Japanese men live in a house. They do mundane things like cook hotpot, fight about meat and *gasp* fall in love. You either love it or hate it. I enjoy it because I can gossip about the characters with my friends as if I know them in person.

Recommended if you like: Keeping Up With The Kardashians, MTV’s Real World, Jersey Shore, Big Brother

15. Empresses In The Palace

Synopsis:
Can’t catch up on Yanxi Palace because you can’t Chinese? Netflix cut a 76-episode concubine drama into ten episodes of 1.5 hours each. It serves betrayal, heartbreak, jealousy and schemes with the draggy parts edited out.

Every episode is laden with character development, suspense and elaborate costumes. It all climaxes to a dramatic ending which ends the series off satisfactorily.

Recommended if you like: Yanxi Palace, Ruyi’s Love In The Palace, The Crown, Empress Ki

Synopsis:
One of the trashiest reality series I’ve ever seen (and I’ve seen a lot). REAL (L)OVE is a Japanese show where a bunch of men and women are thrown on an island to find love. The hosts are also extremely rude to the contestants which brings the laughs.

Recommended if you like: Keeping Up With The Kardashians, Love Wagon, The Bachelor

Netflix Shows To Watch Before 2018 Ends

There’s nothing we like more than cuddling with bae to an old movie. Have fun show surfing with this list and end the year off with a bang.

See you next year!