Every year, Pantone releases its Color of the Year to great fanfare. In 2019, for example, people were rocking the Pantone Color of the Year, Living Coral, as beauty products. Today, Pantone unveiled not its Color of the Year for 2021, but a new shade completely. Introducing: Period, a bright red hue created by Pantone in collaboration with Swedish feminine healthcare brand Intimina. And, we’re hoping the colour gets the attention it deserves too.

Intimina first approached the Pantone Color Institute to come up with a colour that would make menstruation less of a taboo topic and promote period positivity. The resulting colour is one that Pantone describes as “an active and adventurous red hue”. 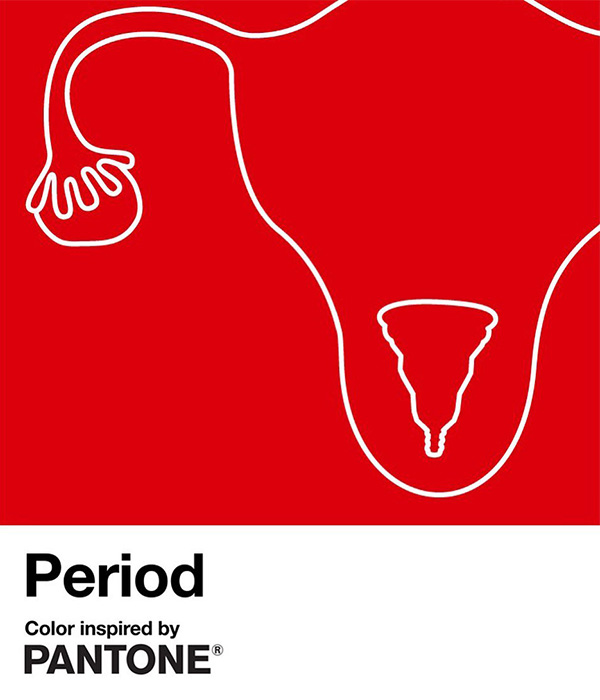 Danela Žagar, Intimina Global Brand Manager, said in a statement: “Despite the fact that billions of people experience menstruation, it has historically been treated as something that shouldn’t be seen or talked about publicly.”

She elaborated, “Enough is enough, it’s 2020. Isn’t it time periods stop being considered as a private affair or a negative experience? Isn’t it time we call out people that try to perpetuate the stigma surrounding periods? Or those that mock it?”

One thing’s for sure: Period is not a colour for wallflowers. And that’s the whole point. Laurie Pressman, Vice-President of the Pantone Color Institute, added: “Period emboldens people who menstruate to feel proud of who they are.”

We concur with both of them. It’s 2020, and there’s no reason why we should still be talking about periods in hushed tones.

In school or the office without a pad or tampon? Ask the people around you for one, without feeling the need to lower your voice by an octave. Clueless brother or boyfriend asking if you’re moody cos “it’s that time of the month”? Tell them it’s called “menstruation”, and explain that you’re entitled to mood swings any time of the month. Answer “period”, the next time someone asks you what’s your favourite colour.

Period was created for Intimina’s Seen+Heard campaign. According to the brand, the idea behind the campaign is “to empower and encourage everyone, regardless of gender, to have more accurate and honest conversations around menstruation.”

In order to talk the talk and walk the walk, the Swedish company has also donated £2,000 to ActionAid. The international charity works with women and girls living in poverty, who often have to miss or even drop out of school due to the stigma surrounding periods, thus reinforcing the poverty cycle.

For now, we’re looking forward to Period taking over our Instagram feeds and starting a conversation about menstruation every time it comes up. It’s high time another colour dethroned millennial pink, after all.