Marriage is more than just the coming together of you and bae, as it also bridges two families together. While some are blessed with parents-in-law who treat them like their actual children, not all hit this jackpot.

Here, 6 Singaporeans share with us their parent-in-law horror stories that almost cost them the relationship with their other half.

1. I was compared to my husband’s ex all the time 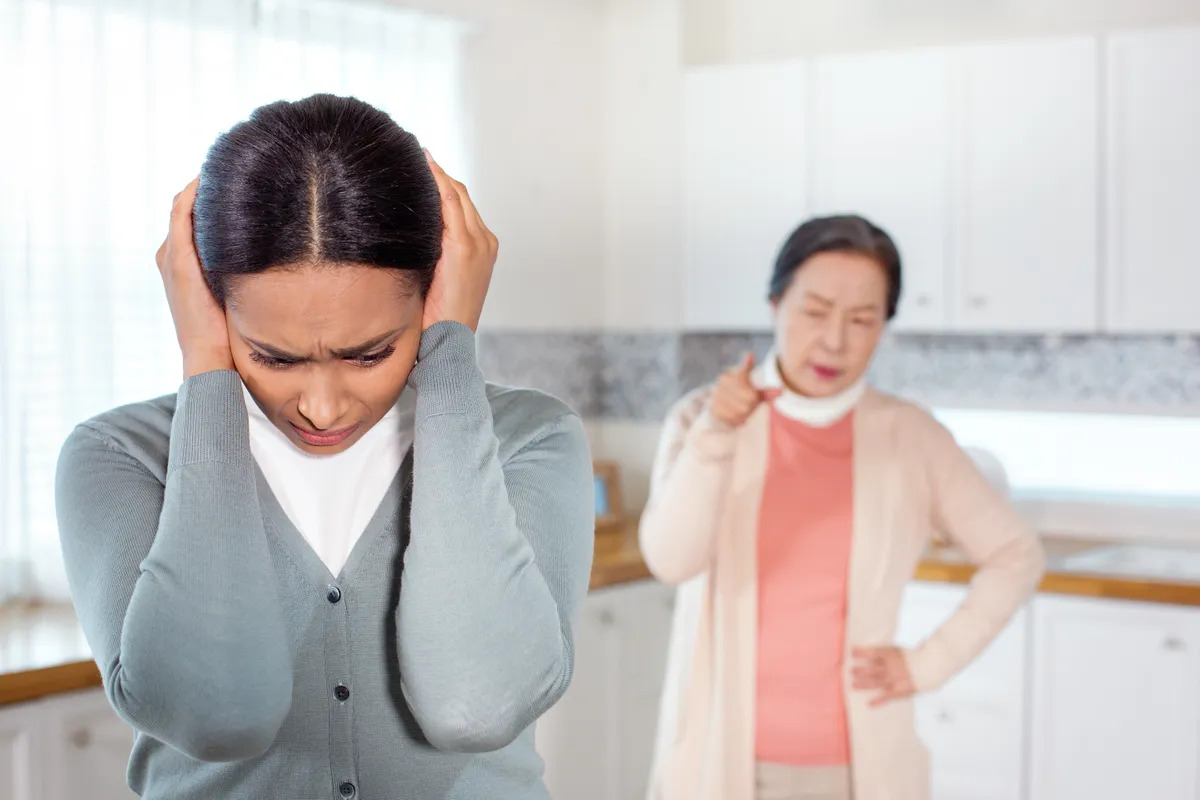 “Before my husband and I were married, I already sensed that my mother-in-law wasn’t pleased with me for many reasons. Apparently, I was not “lovable” because I didn’t know how to make elders like me, unlike my husband’s ex. Since the ex also knew how to bake pastries, my mother-in-law even suggested that I take up basic baking classes.

There were many other incidents that made me feel unwelcome and disrespected. It definitely led me to wonder if I should just end things with my husband. In the end, we fought and even went through a cold war for a few weeks.

However, I was glad that my husband took the initiative to resolve things and talked to my mother-in-law about how unreasonable she was. He also assured me that I was the only one he wanted to be with. Eventually, he proposed to me after slightly more than a year of dating. Since my husband was the only son in the family, my mother-in-law gave in to him easily.

Right now, my mother-in-law is not as mean as she was before. However, there are still times when she would bring up my husband’s ex. I guess I should be grateful that we are not living together as I don’t think I would be able to handle it in the long run.”

Advice for those who are struggling with their parents-in-law: “Don’t be disheartened since not all relationships come easy. Talk to your spouse and see if they can help in any way.”

2. I was judged based on the type of underwear I wore 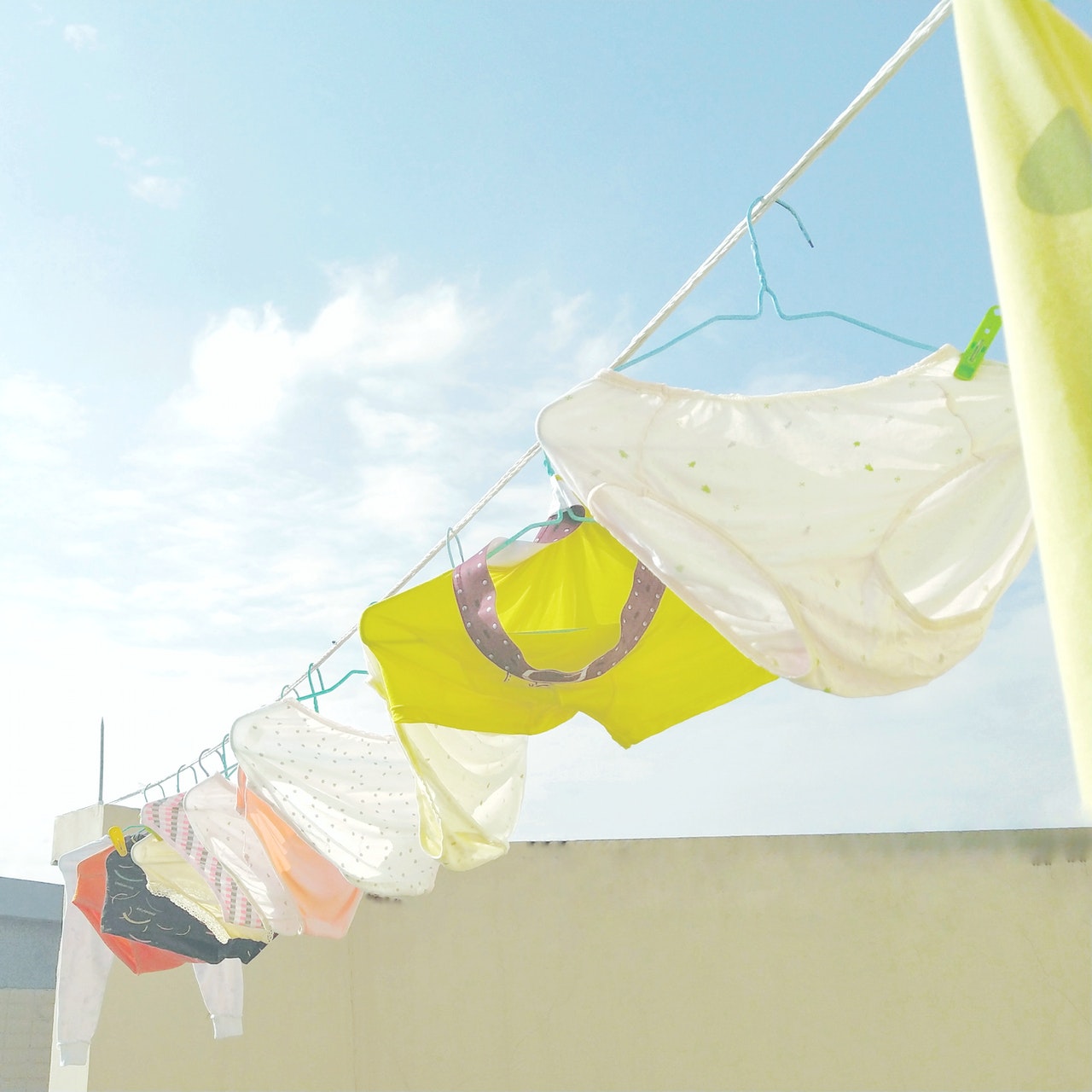 “When I was still living with my in-laws, my mother-in-law didn’t like the kind of underwear I was wearing because it was too “skimpy” for her. I didn’t know about it until my husband suggested that I buy new underwear.

Initially, I thought he was just joking until my mother-in-law actually sat me down for a talk about it. She told me good girls should wear “proper” underwear and didn’t understand how my husband allowed me to wear them.

I was flustered and wasn’t sure what to reply to her. Since I didn’t want to make it awkward and blow things up, the conversation ended with me agreeing with her statements. In the end, I really went to get “proper” underwear aka granny panties.

While it didn’t really threaten the relationship between me and my husband, the incident made me realise that everyone has something that they are uncomfortable with. And it could be something that has never crossed your mind before. It was kind of funny that in my case it was… my underwear.

Although I don’t live with my in-laws anymore, the incident does remind me to be tactful especially when living with people other than my own family member.”

Advice for those who are struggling with their parents-in-law: “Imagine yourself in the shoes of your parents-in-law and see where they are coming from. Maybe they do have a point and it takes some time to understand why they might act certain ways. Problems can always be solved with proper communication.”

3. Thought I was cheating because my phone wallpaper is of a K-Pop idol 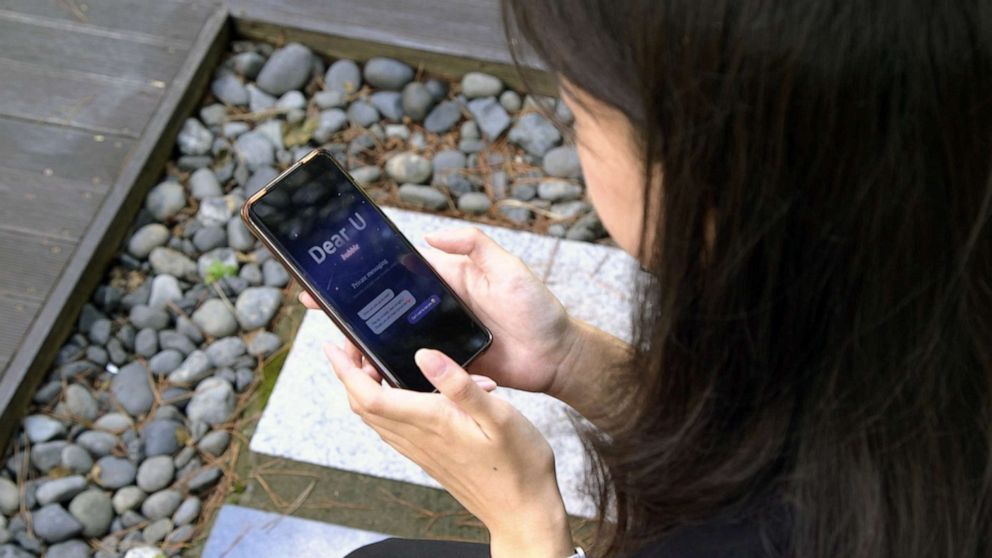 “My mother-in-law doesn’t understand the concept of fangirling since K-Pop fans remind her of those extreme xiao mei meis aka XMMs portrayed in the media. So I stayed as a closet K-Pop fan around her.

There was an incident when I just moved in with my in-laws and my mother-in-law happened to chance upon my phone screen. Back then, I had my wallpaper as the selfie of my favourite K-Pop idol, BTS’s Jin, and she imagined the worst scenario. Believe it or not, she thought I was having an affair.

She didn’t ask me directly but instead, dropped hints from time to time that she would make me regret if I ever hurt her son. Since I didn’t know what was going on, her words scared me. Also, I wasn’t sure if I should have let my husband know about it.

Her attitude and behaviour towards me changed and I lived in fear and confusion for about a month until I couldn’t take it anymore. I asked my husband if my mother-in-law didn’t like me, which caused him to be confused too.

Things finally cleared up when we went to confront my mother-in-law. For a moment, she thought that I was cheating on my husband because I was always smiling and giggling when I used my phone. She was embarrassed and apologised for the way she treated me. Thankfully, things are great now between my mother-in-law and me.”

Advice for those who are struggling with their parents-in-law: “Always clarify things before you let their imagination run wild.”

4. Looked down on me because I didn’t come from an elite school 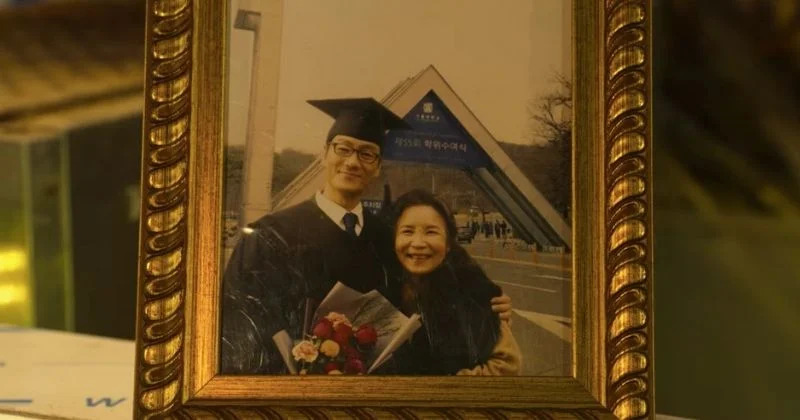 “Both of my parents-in-law graduated from elite schools and so did my wife. To them, it was important to be on par because they think that non-elite schools do not provide the right education. Although I’m currently working for a corporate company that brings more than enough to the table, I still don’t think I receive the respect that I deserve.

One incident that really triggered me was the time when I was late to pick up my father-in-law due to a traffic jam. He said that I wouldn’t have wasted his time if I had planned for the unexpected future, and implied that it was something only taught in an elite school. I was definitely angry but I waited till we reached the destination before I expressed my thoughts on his comment.

I was stressed because no matter what I did, it felt as if I wouldn’t be able to please my father-in-law. The incident caused the relationship between me and my wife to be strained but I never had the thoughts to leave her. I could tell that she was also upset by the attitude of her father so I tried my best to just not think about it.

On the bright side, we don’t live together with my in-laws and only see each other for occasional family gatherings. I wouldn’t say the relationship between my father-in-law and I is good but I don’t think it will improve in the future either.”

Advice for those who are struggling with their parents-in-law: “Try to talk and communicate as much as possible and see if there’s any way in resolving them.”

5. She put amulets inside my bedroom without my knowledge because of superstitions 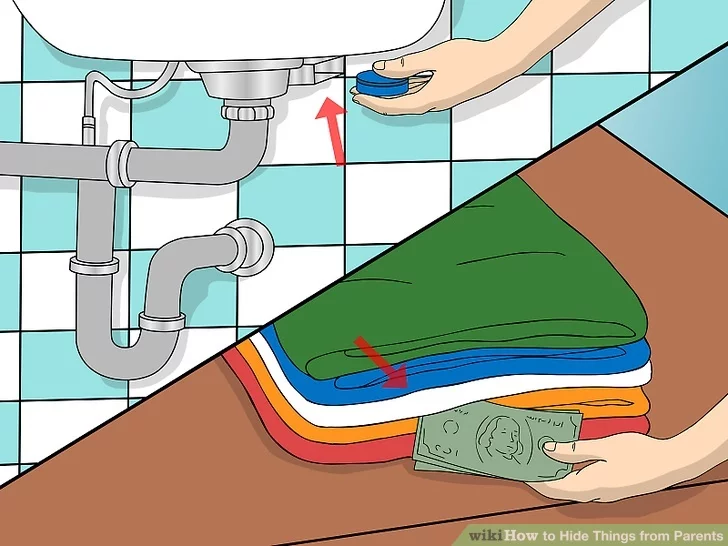 “I’m neither religious nor superstitious but I’m serious when it comes to respecting personal space. Because of how superstitious my mother-in-law is, I almost decided to call it quits with my husband.

For 2 years, I was living with my in-laws because our BTO flat wasn’t ready yet. Everything was fine until I found out that my mother-in-law had been putting amulets in the bedroom without my knowledge.

When I confronted her, she said it’s for my own good as the amulets would keep me safe and even help me to give birth to a healthy baby. I was stunned and told my husband about it. While he told me to just ignore it, I couldn’t shake off my irritance of my mother-in-law entering my bedroom when I wasn’t home.

When I told her that I felt uncomfortable, she ended up getting upset and said that I didn’t know how blessed I was. She even questioned if I could even get pregnant since there was no news of me having a child after “so long”. What she didn’t know was that my husband and I were taking precautions.

My husband felt that I could have just gone along and avoided the issue since it’s not hard to just agree. But it felt wrong to compromise my privacy to please my mother-in-law. It caused us to argue to the extent that I considered leaving the house.

Thankfully, our relationship got better after we moved into our BTO flat. My mother-in-law also gave up on forcing her superstitions on me after my husband talked to her about it. Since I see my in-laws less often, I feel like our relationship is also getting better. Hopefully, it will continue to stay that way.”

Advice for those who are struggling with their parents-in-law: “Don’t try to settle any issue by yourself since you might worsen it. You can discuss it with your spouse first before bringing it up to your in-laws so that they can understand where the problem is coming from in a more rational manner.”

6. Told my wife to not take our relationship seriously 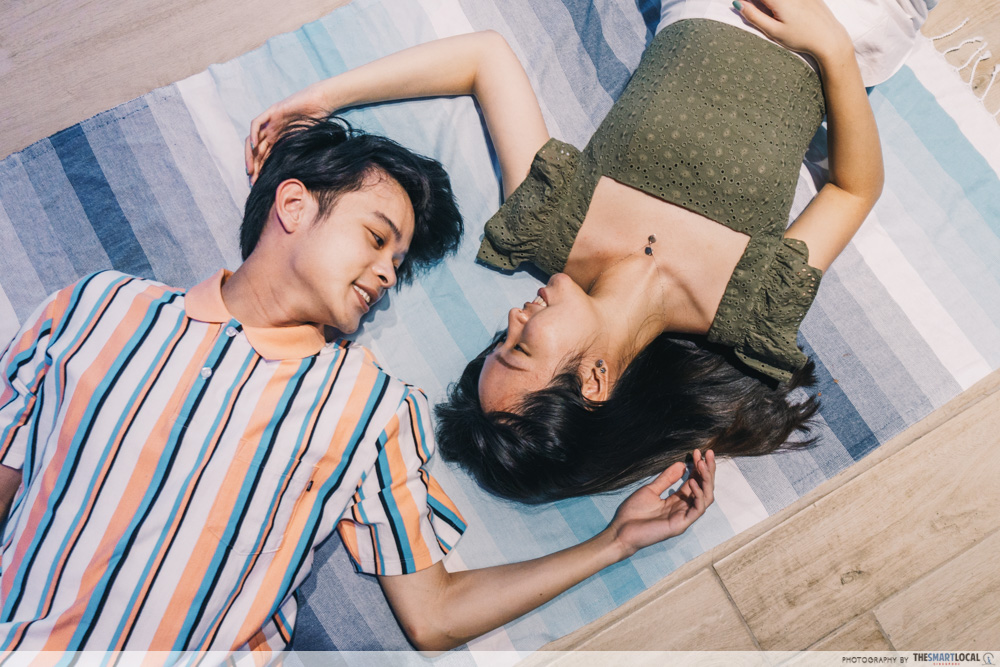 “My wife, then-girlfriend, did not date anyone else before me, and my mother-in-law told her to not take our relationship seriously. This is because she felt that everything would change in 3 months after we begin dating. It caused our relationship to have a rocky start.

Due to differences in family background, I felt like my mother-in-law was a bit too calculative and self-centered. While I understood her wish was to protect her daughter, I thought who would not want their child’s relationship to work out?

The fact that I was not of the same religion probably didn’t sit well with her as well. She was also more vocal in expressing her displeasure on anything that did not seem to go her way, which caused some friction between the two families.

For example, there was once when we travelled across the island to have dinner with her. We found out that she ate without waiting for us just because we were held up in public transport for 20 minutes ‒ the trip took us more than 2 hours both ways.

The differences in family background and upbringing, social perspectives and personal experiences raised issues that we had to deal with along the way. We knew that disagreements could not have been avoided.

As of now, my mother-in-law’s temperament has changed to be more socially acceptable in recent years. My spouse would also take the lead, such that she would be the one making arrangements for meal sessions and visits. On my side, I make sure to fulfil my duties as a son-in-law well too, out of the love I have for my wife.”

Advice for those who are struggling with their parents-in-law: “Always remember that while a marriage involves both families, it is each other that counts. When things get tough, just remember why you wanted to make it work so badly from the start.”

There are many factors that might cause a relationship to become strained and some might even come from your closest family members. Despite that, there are always ways to work things out and not all problems have to come to a sad ending. After all, that’s what family is for.

For more relationships articles, check out these dating tips and ideas.