When most people think of Parkour, they’d think of daredevils who scale national landmarks for the ‘gram or leap across roofs ten storeys high. Some condemn it as ‘pointless’ because, really, is there a ‘need’ to stunt across the PIE?

Yet, practitioners say the sport is “becoming increasingly popular amongst the youth”, with girls as young as 14 entering the scene.

In the annual two-day Parkour event, Lion City Gathering, held on 17 and 18 June this year, hundreds of practitioners showed up, with some flying in from neighbouring countries.

However, despite its increasing reach and popularity, Parkour enthusiast Ambry, 23, believes the sport is still deeply misunderstood by the Singaporean public.

Here, Ambry shares her Parkour experience, and some common misconceptions about Parkour she and other practitioners face.

Ambry:
Usually, when Parkour videos pop-up on Facebook feeds or the news, it’ll be of freak accidents or people illegally scaling buildings and bridges.

But these instances are not the norm. In fact, most practitioners don’t do crazy stunts on the regular.

In the three years I’ve practiced Parkour, one of the craziest things I’ve done is a video mimicking my favourite video game, Mirror’s Edge.

However, most of my training sessions take place on the ground. It focuses on conditioning and strengthening exercises which allows me to climb higher and jump further. I also practice bracing for impact so as to not injure myself.

Safety is paramount in the Parkour community. Superfly holds outdoor classes under the supervision of instructors, while Move Academy and A2 Academy have gyms with mats and padded surfaces to ensure safety when trying out new stunts and increased heights.

Like other more extreme sports, it’s important to protect your body, and to remain strong well into your fifties.

2. Parkour is easy and practitioners are not scared of heights

Part of why stunts look good is because those who practice Parkour make it look easy. To pull it off, you need to break your mental barrier.

Half of Parkour training takes place mentally. You need to trust your body 100% when stunting, and that takes time and practice.

Every time you break a jump, you’re conditioning yourself so that the action will eventually become second nature.

For me, it took me a year and a half to confidently do big jumps. Then again, it differs for every individual.

After, you still need to practice and ‘maintain’ your skills. Though I now have a full-time job, I set aside at least one day a week to train. 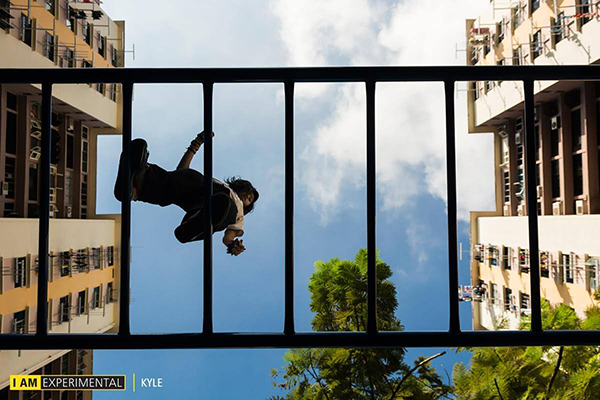 3. All Parkour practitioners are super fit

Like most Parkour beginners, I started off quite out of shape and only built my body after taking an interest in the sport.

In the beginning, I could barely do a push-up but with regular exercise, I can now do multiple pull-ups, no problem!

I’ve also changed my diet to include a high intake of water, more vegetables, and less oily food.

Parkour is still largely a male-dominated scene which can make it intimidating for girls who’re interested to try out the sport.

Though everyone is encouraged to stunt at Parkour gatherings, it’s usually the guys who show off big moves as the girls are a little shy.

But the scene is evolving as more girls are picking up Parkour. Some are even surpassing their teachers and going beyond the skill level of their male counterparts.

The sickest practitioner I met was this lady in Sydney. Despite only training for a year, she was the strongest, most fluid person I’ve seen. 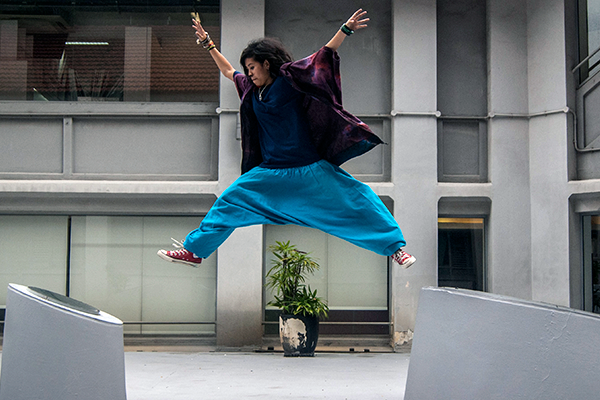 5. Parkour is a pointless nuisance

In Singapore, public reception toward Parkour is still not quite favourable, and people are quick to jump to conclusions about what Parkour is.

Once, a friend was participating in a workshop with some kids aged 9 to 11. They were playing on the vaults at a playground when a resident complained they were going to ‘destroy the playground’, cutting the class short.

But Parkour is not about ‘damaging public property’ or about ‘showing off with fancy flips’. For me, it’s about training your body to become useful and strong, and to be able to move freely in any way you want.

Seeing Parkour As A Regular Sport

Ultimately, Ambry hopes people would give Parkour a chance. “Practicing Parkour much like CrossFit, running, or gymnastics. Some train for competitions, while others train for performing,” she explains.