It’s 2017. Open Instagram, YouTube or Facebook and chances are, you’ll be bombarded by beautiful young people showing off lifestyle #goals in carefully curated sequence. While most people see nothing wrong with this, others have started to wonder if a pretty face is all it takes for one to climb the path to fame and fortune.

Preeti Nair, best known for her moniker “Preetipls”, exploded into social media stardom in 2016 when she released an incendiary video mocking an online influencer for her critique on Singaporeans’ dress sense. Her video soon went viral, with netizens hailing her a hero for her wit and no-sh*ts-given attitude towards the social media scene. Since then, Preeti has released several videos on relatable topics such as National Day, Chinese New Year and Valentine’s Day, to the excitement of her growing league of fans.

In this article, we talk to Preeti about her childhood, subverting conventional notions of “Influenza“-hood and creating a niche of her own in Singapore’s social media industry.

Do you know why your parents named you Preeti?

My parents always made it clear that we should never tell lies, so I guess they were simply leading by example. LOL jk. But I heard it was either ‘Preeti’ or ’Cutie’ (hope they were kidding) so I’m glad they went with the former.

How was life growing up?

It was great, my brother and I were the bestest of friends. At every family event, my Mom would share this endearing story of how ‘4-year old me’ beat some boy up just because he pushed my brother off a slide at IKEA. #SiblingGoals 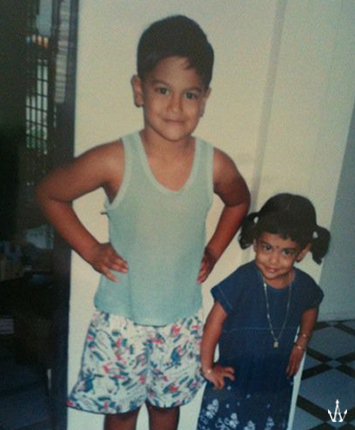 Where did you study at?

I feel the need to share that I was from Raffles Girls’ Primary school—thanks to my mother’s kickass balloting skills! But most recently, I was from Ngee Ann Polytechnic’s Mass Communication. 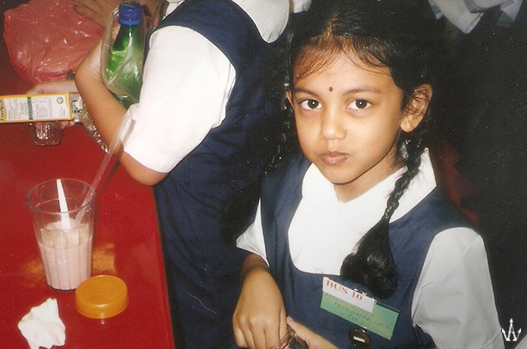 When you were younger, what did you picture yourself doing for a career in the future?

When I was really young, I wanted to be a doctor (by the way I love Grey’s Anatomy). Once I was old enough to give myself a reality check, I could never put my finger on which career path I wanted. My friends have always been quite the ambitious bunch, so we would talk about eventually starting a production company/agency together.

So how did “Preetipls” come about?

If I had a dollar every time someone told me I should make videos, I’d be rich enough to revive Sun Ho’s singing career. I’ve always wanted to make ‘funny’/comedy videos online and I’m glad I finally got to it.

Was your family supportive of your decision to put yourself out there?

YES. Even though I see right through my Mother’s fake chuckles at my videos, she is 200% supportive of me so she’s the best. By the way, they made me join Little Miss Singapore beauty pageants when I was 6 years old so I bet they LOVE that I am willingly putting myself out there now… 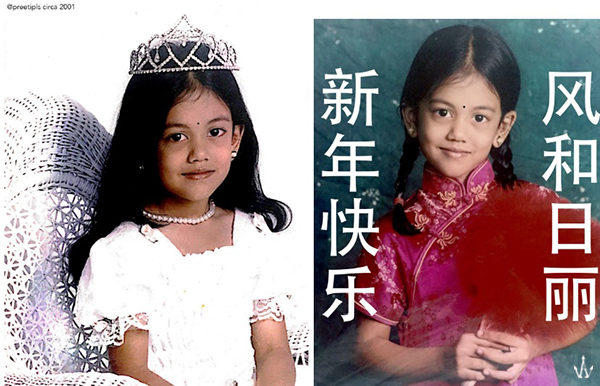 On Entering The Online Media Industry

How has life changed after becoming “Preetipls”?

I’ve always been the same person with my snarky comments and constant laughter at my own jokes…but I guess it’s quite daunting to put yourself out there under public scrutiny. I have no regrets but I just want to apologise for my inability to hold a conversation once someone recognises me out on the streets of Geylang…just living my life.

When people think of the word “Influencer” in Singapore, an image of a slim, Chinese girl often comes to mind. What do you think about not fitting into the stereotype?

I hope you’re not indirectly calling me a fat, Indian girl but I’m glad I don’t resemble most 22-year-old females in Singapore. I’d like to think I’m preeti damn unique.

Who are your biggest influences?

Everyone, because everyone’s an influencer now! Okay but I guess seeing the response on my videos and not being the only one laughing at my jokes is enough motivation for me to keep going. Humour is everything.

What is it about your version of satirical videos that’s so powerful and resonant?

I don’t know, people are weird. 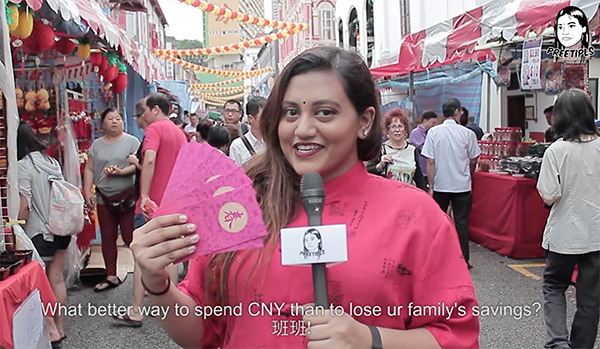 How different are you in real life compared to the “diva” persona you adopt in your videos?

I feel that the character I portray in my videos is just 36% more delusional, exaggerated, animated and honest than my real life self. So it’s still me but super over-the-top.

Do you ever worry about “selling out” or producing content that doesn’t reflect your beliefs or who you are as a person?

Not really because I always check myself before I wreck myself. If I feel like doing something different or taking on a certain project, I’ll check if it makes me feel even a lil disgusted with myself. If it does, it’s a no from me.

What are some difficulties faced in the media industry that most people don’t know about?

I honestly wouldn’t know because I am super new to the game. But from what I’ve experienced so far, it’s the risk—to just drop everything and make this a full-time career. It’s insanely risky and I admire everyone who has hustled so hard and successfully made this their rice bowl.

What’s your advice to anyone out there who’s thinking of entering the media industry?

Check yourself before you wreck yourself, like fo real. Constantly keep yourself in check and don’t ever lose yourself.

What do you wish to see more of in young girls?

Every time I see a mean comment, I hit ‘like’ on it. Embrace them I guess, don’t take these things too seriously—I mean c’mon, I wore a trash bag in the middle of Orchard Road.

What’s next for you?

A second date with Benjamin Kheng.

Get To Know Preetipls