Pregnant And Married At 19

Too often, teenage motherhood is something young girls are shamed for, their pregnant bellies a physical reminder of their ‘carelessness’. However, 19-year-old Carolin Wong refuses to be cowed.

“Being pregnant and discriminated is frightening, but people will find out sooner or later. If I hide it forever, my baby is the one who gets hurt.”

This is why she’s choosing to share her story, to tell her baby she’s proud of her and to let other young mothers know they’re not alone.

Finding out she was pregnant

Carolin and her boyfriend had been dating for a year when their unprotected, ‘nighttime activities’ caused her to miss a period.

During a trip to JB, she felt nauseated and bought a home pregnancy kit which tested positive. In disbelief, she sought a second opinion from a doctor.

“I only accepted the truth that I’m a mom-to-be when I saw my baby’s little heart beating on the monitor. And that made me refuse to abort, even though I come from a conservative background.”

With her decision to keep the baby, she sat her mother down and said, “Mummy, you’re going to be a grandmother soon”.

After a long moment of silence, her mum sighed “see lah” and urged her to get married. 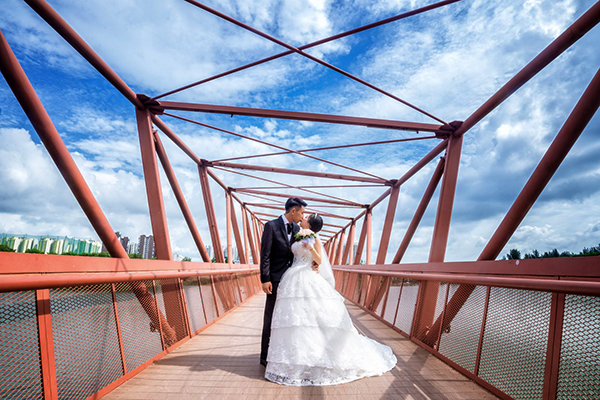 Challenges as a young mother

During her pregnancy, she was often subjected to negative remarks due to the stereotype that young mothers are immature, impulsive and irresponsible.

“I remember once when I went shopping with my friends when an older lady looked at me with disgust and said, ‘Wah so young, you mother already ah’. I felt so bad I went home and cried,” Carolin shares. “After that happened, I covered my baby bump whenever I went out.”

Though she tried not to let the disparaging comments get to her, it still affected her greatly. “My husband would hold me and say ‘everything’s going to be fine’ until I felt alright.”

“I was so scared I wouldn’t be a good mother, so I read up on infant care and stories about teenage pregnancies,” she recalls. “But as long as I’m willing to learn, I have no doubt that I’ll be a great mother that’s always there for my daughter.”

Starting a family at 19 proved doubly challenging as it also required a financial stability the teenager didn’t have.

Her husband’s National Service allowance barely covered their living expenses. While their parents provide some financial support, the couple has plans to become financially independent.

“I believe that as long as we’re hardworking and determined, there won’t be any problems that we cannot tackle,” Carolin says. “He’ll find a full-time job after NS and I’ll further my studies to get a better job when my daughter enters kindergarten.” 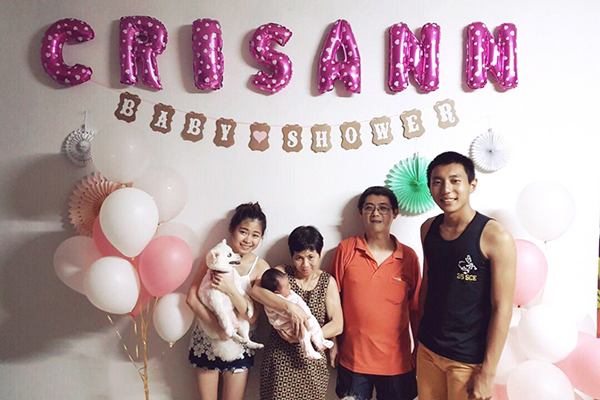 Having a child is demanding at any age but this 19-year-old has managed to turn her one-time ‘mistake’ into a positive and fulfilling experience. She takes challenges in her stride in hopes to change the negative stereotype surrounding teenage mothers.

“Ignore criticism and negative comments”, she says, “Live your best life and be proud of your child no matter what people say”.

So to all young mothers out there, we’re rooting for you.

ZULA is a female website and Youtube channel for Singaporean Millennials.
We create daily content about beauty, fashion, dating, and stories of everyday women.
To submit a story or advertise, drop us an email at [email protected].