In today’s ‘Tumblr-Age’, the art of calligraphy is a prerequisite for #life. So it’s a norm for everyone to try their hand at the “seemingly” effortless art… until we end up wasting five hours and $50 on botched art supplies.

Most would give up by this point but you don’t have to! Instead, attend one of these modern/watercolour calligraphy lessons in Singapore to unleash your inner Tumblr girl. 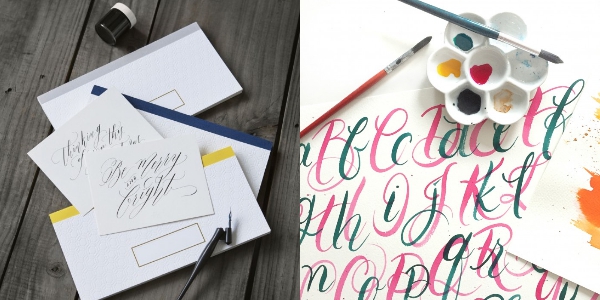 Offering lessons for both modern calligraphy lettering and brush writing, Bynd Artisan’s workshops are conducted by Joanne from The Letter J Supply. Both workshops are $150 for 3-hour long sessions and attendees will be served complimentary coffee/tea and cakes. At the end of the workshop, you’ll be tasked to work on making a masterpiece with your favourite quote. Type + Sundry’s workshops are conducted at Choa Chu Kang and Jurong East for all you Westies! The modern calligraphy and watercolour brush lettering classes cost $140 each. And if you’re a student, you can even get a $20 discount!

Address: JCube and Choa Chu Kang. The exact address will be sent via email prior to the workshop day. 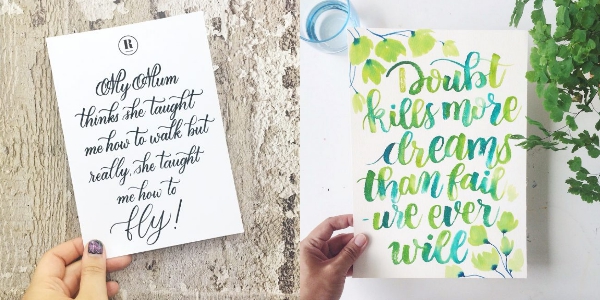 Taught by Naomi (hence the name Nehohmee), the workshops are promised to be filled with creativity and fun. In fact, Naomi promises to make the task of learning calligraphy as easy as 1-2-3! 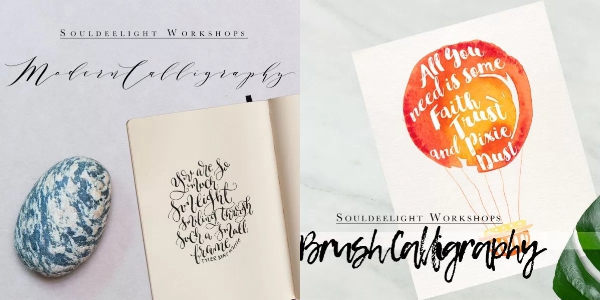 Souldeelight offers both modern calligraphy and brush calligraphy lessons at $145 for three hours with refreshments provided. Due to high demand, the next lesson is only available in April, so be sure to book your slot soon! Craft Varies’ workshops are considered to be in the ‘Premium’ range as you’ll be taught how to recreate the ‘Copperplate’ font; a classic form of calligraphy that requires consistent practice. Hence, the workshops are conducted in four weekly sessions, with the starting price of $560. At the end of four weeks, you’ll be tasked to host your own mini art exhibition.

Although these calligraphy lessons can be a little pricey, each workshop comes with its accompanying kit filled with essentials.

In fact, learning the art of calligraphy could even be considered a form of investment that equips you with vital life skills! *hairflip*