1. So you can have a campus all to yourself, of course!

And no, I don’t mean sharing old buildings with the other faculties. I mean a whole isolated Hogwarts of Singapore, Santo Rini of Greece. Okay that might be an exaggeration. But have you looked at NUS Law’s Insta-worthy old-school architecture and SMU Law’s bustling hub?! 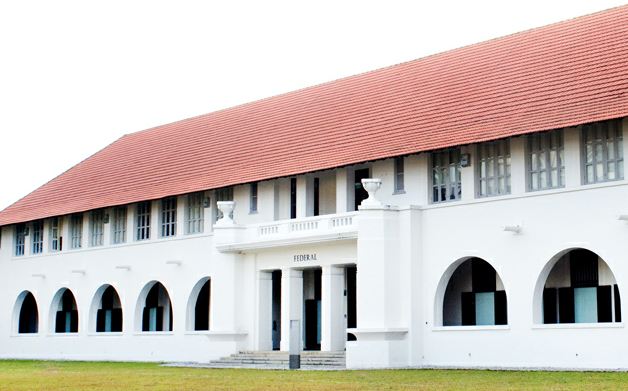 2. Nevermind that you’re wearing a frilly unicorn dress with pom pom earrings, when people hear where you’re from, they’ll take a second look at you

I’m not saying that students from other faculties aren’t as bright and talented, but our conservative Asian society still looks at ‘lawyers’ and ‘doctors’ and ‘engineers’ through rose-tinted glasses. So while traditional societal stigmas can be a bit outdated, be glad you have slightly more time (and opportunities) to make an impression.

3. Knowing about your rights is handy, but knowing how to think logically and critically, that’s a life skill

When you ask a law student why they pick law, most will say “so I can understand my rights” and “how our society is regulated”, but you don’t need law school to teach you that; Google can. And if you need more help, there is an oversupply of lawyers. What I treasure about law school is that it constantly poses you with complex scenarios. Think Murphy’s law applied at its maximum potential: Guy A knocks into Guy B who flies a few metres before getting knocked by guy C, who only did so because he was trying to avoid Guy D. Who does Guy B sue?

Law is advanced calculus in word form. To work through real and contentious problems, is to structure your mind in logical pathways and be ready to back your argument at every nook and cranny. The nature of the work demands critical analysis, a strong stand and a convincing personal voice—qualities very much valued in the workforce today.

4. Wanna leave someone speechless like Elle Woods in Legally Blonde? This is your chance

It’s not only the arguments you form on paper that are convincing and intelligible. Law school teaches you to conduct Moots—mock court trials where you fight your very own case like a true lawyer. If you find yourself always losing out on squabbles with your boyfriend on whether you should get another pair of shoes, this is where you’ll hone your skills and the fine art of getting what you want.

Sure, looking at students from other faculties enjoy their term breaks while you mug for exams right after your holiday can be a pain in the a**. But going through that with your fellow law comrades only makes you treasure them more. Only in law can you take the same modules as your classmates and keep as much of the JC system as possible. Your friends understand your pain just as you understand theirs. So whether it’s a over a cup of much needed coffee or a bowl of sashimi, it’s always heartening to have a bunch that laments over contract law with you…while contemplating if you could get a refund for the partially uncooked ramen you just had under the tort of negligence.

These friends are impressive individuals on their own, but even beyond their spectacular brain capacities lies a heart of gold. In NUS Law, there’s an equivalent of the bible called the ‘Muggers’—a compiled set of notes from the seniors that gets passed down every year. You’ll never be alone and confused because the sharing culture is evident. You’ll always have someone to ask, be it a senior or a stranger beside you in the lecture theatre.

6. It’s an oxymoron—specialized but versatile

The most common misconception is that a person who studies law must become a lawyer. What people don’t realise is that the soft skills gleamed from a law degree actually prepares one for a lot more than a legal career. In fact, many politicians start out from a law degree (even the great Barack Obama and Hillary Clinton), as do entrepreneurs and bankers and civil servicemen. Your law degree places you in a more privileged position than you think.

7. Law students do have a life

If you think we law students do nothing but study all day, you’re very misguided. Many people I’ve met of higher caliber make so much more out of themselves than just the grades they produce. They dance, they make brilliant music, they sing, they bake the best pastries. It’s easy to get sucked into the whirlpool of endless studying, but give us the benefit of the doubt, we do know that life isn’t just about the law.

A former senior, now a professor at SMU Law, once said, “To know the law, you must first know the world that the law operates in. The law is but an embodiment of the rules that are supposed to make the world a better place. Lose sight of that, and the law loses its meaning and utility.”

Studying law doesn’t mean signing yourself up for library seat #201 for the next 4 years. It actually opens up doors for you to see more of the world you live in. Through Pro Bono, the equivalent of a Community Involvement Programme (CIP) in the legal profession, I’ve had the opportunity to visit the Singapore prison and spent 3 evenings with migrant workers learning about their life back home.

Law was an unexpected choice for me but it has grown on me like diamonds do on a 25-year-old female. Give the law a chance and it’ll offer you more than just a never-ending list of readings, but a humble and learned mind well-prepped for the future.

Fiona has hair as dry as Cinderella's broomstick but refuses to condition it for it gives her volume. She binges on Masterchef but often ends up with charred cookies in the kitchen. A rare big fan of 1980s cantonese songs and old school hawker centre food, she is truly the lowest maintenance girl you can find - so long as you discount the number of clothes she needs for her fun sized body.