Being A Singaporean Air Stewardess with Emirates

When I was 23 and working as a graphic designer, I had a serious case of wanderlust. I’d often zone out at work, wondering about cities I’ve never been. I’d also spend an embarrassing amount of time pinning places to my ‘Travel Lust List’ board on Pinterest.

So I decided something had to be done, and applied to be a cabin crew for Emirates. Waiting to hear back from Emirates was nerve-wrecking; if I had failed to make it to the final round of the three-day interview process, I could only try again six months later.

But after a two-month wait, I finally got the ‘golden call’ from +971, telling me I’d gotten the job.

Sharing this news with my friends and family was met with many questions, the main one being, “Why not Singapore Airlines?” After all, SQ is our national carrier and I wouldn’t have to leave home. Plus, they’re renowned for their world-class service and the iconic kebaya–one of the most elegant uniforms to boot.

But after doing a ton of research, this is why I ultimately decided to fly with Emirates (EK) over Singapore Airlines (SQ). Unlike some of my colleagues, being a flight stewardess wasn’t my childhood dream. I just wanted to travel the world, and cities that ranked high on my bucket list were not the usual destinations most would choose to go.

I’d rather weave through the chaotic but colourful souks in Marrakech than take a stroll down the peaceful Seine in Paris; I’d rather see the Lost City of Petra than the Big Ben in London.

So, while both airlines flew to cities such as Rome, Paris, and London, Emirates’ destinations excited me more.

Destinations such as Rio de Janeiro, Mauritius, Buenos Aires and Zimbabwe are also very expensive to fly to from Singapore. And flying with Emirates would mean I could see all these places without spending close to SGD$2,000 on plane tickets for each destination. 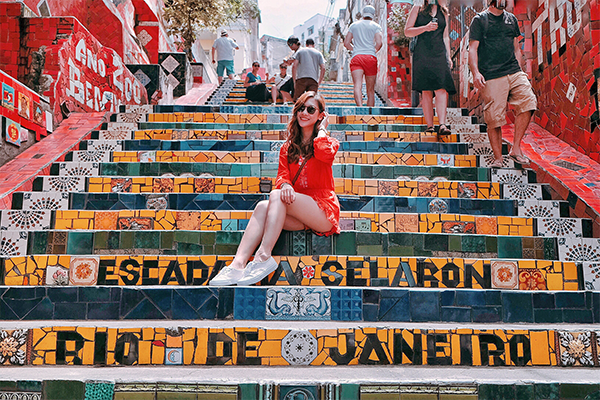 At the Escadaria Selarón in Rio de Janeiro 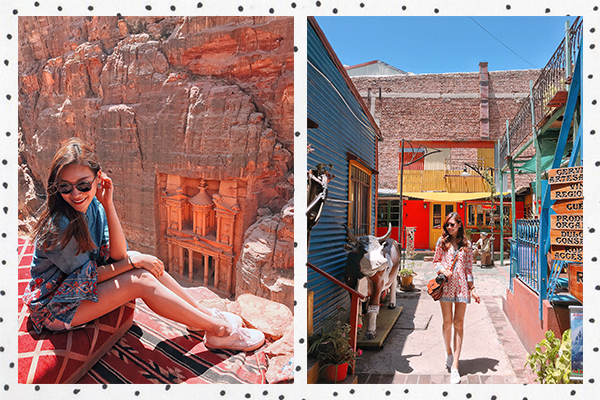 2. Emirates allowed me to have the live abroad experience The idea of living in a new country, being independent and away from my family and friends was also an experience I wanted for myself. With Emirates based in Dubai, I could learn to be more resourceful and resilient in a foreign country.

After living independently, I now have a few signature dishes I can whip up and can assemble IKEA furniture on my own; I’ve learnt how baking soda is a home essential because it works wonders in preventing any odours in your fridge and trash bin.

In other words, it turned me into the #wifematerial daughter my parents would be proud of.

3. Emirates has a cosmopolitan workplace culture 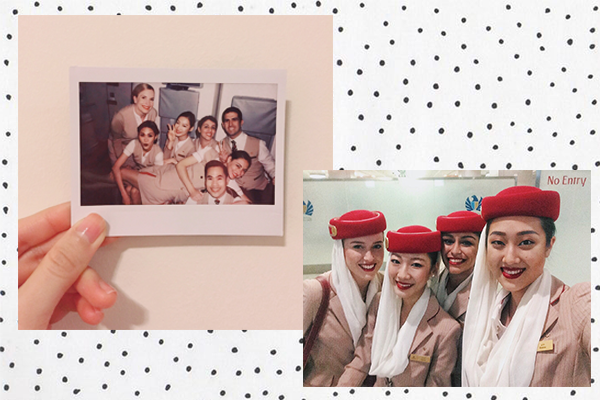 SQ only hires Asians, so everyone in the team is culturally similar. Emirates, however, hires crew from all around the world so you’ll get the chance to interact with people from countries such as Hungary, Gambia, and Tunisia.

Some may think it’s a bad idea to have so many cultures, nationalities and languages in one place, but the diversity actually helps you see things with a fresh perspective.

When I first started flying, I remember getting really annoyed on African flights because people would “tsk” at me to ask for things. It’s the same sound kiasu aunties would make when they lose the race to snag that empty seat on the train. So I thought most Africans were rude until my colleague told me it’s actually how they say “excuse me”.

But my favourite part about having a cosmopolitan workplace would incontestably be how I now have friends from all around the world. When I visit their hometowns, I can now get recommendations straight from my friends who know what I’d love or have them bring me around.

After all, nothing beats exploring a new city with a local friend. And the places they’ll bring you to would beat even the best Rick Steves guide.

Emirates doesn’t have a bond, which is a major factor for me. Most airlines usually have a minimum 2-year bond. If you want to leave before the bond period is up, you’ll be required to pay up to a five-figure sum.

Having friends who are already cabin crew, I was no stranger to customer horror stories. I also saw how awful it was for some of my friends who really hated the job but couldn’t leave. I wouldn’t want to be in a similar situation: dragging myself to work and feeling trapped. 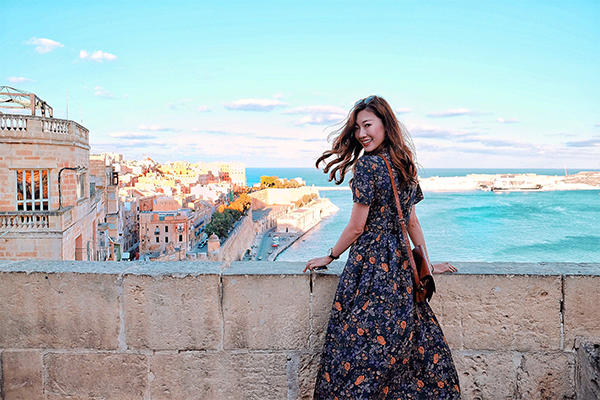 Did I Make The Right Choice?

It’s a huge yes, especially after I was able to check off Rio de Janeiro and Buenos Aires from my list. I also finally got to live abroad, and forged friendships with people I otherwise would not have had the chance to meet.

Every airline will give you a different work experience; it’s not so much about which airline is better to work for, but more of which airline would better suit your goals and personality.

And if I was asked to choose again, I’d still choose the same.