As if dating wasn’t hard enough, online dating habits which are hella annoying keep cropping up faster than we can keep track of.

First, there was ‘Ghosting’; where you’re having a fun, flirty conversation with a stranger before they go MIA on you halfway through.

But now as Singaporean Millennials call out this irksome dating habit, ‘Ghosting’ has evolved into its next evolution: ‘Caspering’.

If you’re still on the online dating bandwagon, here are some annoying dating habits in 2018 you hopefully never have to deal with.

Since Tinder first introduced the ability to link your Instagram profile to your dating bio, more Singaporean guys are choosing to slide directly into a girl’s Instagram DM instead of hoping for a match.

This defeats the entire point of Tinder because isn’t Tinder supposed to match you and only facilitate conversation when both individuals are interested in each other?

The standard norm once you get a GrabHitch is to text your driver to confirm the trip. However, this means a complete stranger now has your mobile phone number, and can technically text you whenever.

I’ve spoken to some GrabHitch drivers who revealed they tend to accept booking from attractive girls and actually tried asking their passengers out.

There’s even an entire GrabHitch thread on Hardware Zone for drivers to share their experience of hitting on female passengers.

Like Casper the Friendly Ghost, ‘Caspering’ is the friendlier, but equally annoying alternative to ‘Ghosting’.

People who ‘Casper’ are supposedly more socially responsible and sensitive. Instead of suddenly cutting off contact, they let the other party down gently before ‘poof’-ing away from their lives.

However, it’s super annoying because ‘Caspering’ is still leading people on. You’re not being #woke, you’re a time-waster who could have said you weren’t interested in them in the first place.

You match with someone. You say hi, they say hi, and then they disappear. Half a year later, you suddenly receive the message, “Omg lol sorry I took so long to reply”. Really tho???

It’s like after months lying dead below the deep blue sea, these people suddenly resurface and pop up with a “Hey there” and a half-baked apology, as though nothing had happened.

Honey, just unmatch them and drop their number. 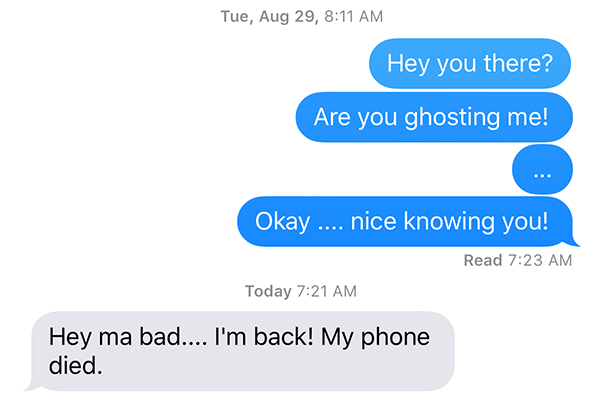 According to the bible of Millennial slangs, UrbanDictionary.com, ‘Stashing’ is when you’re in a relationship and you refuse to introduce them to your friends and family because you view the person as temporary or replaceable.

We don’t need to say how much of an F-boy move ‘Stashing’ is. If someone ‘Stashes’, they probably have ten other side baes lining up to replace you whenever you leave. 10/10 would not recommend.

Okay, this is an old one, but ‘Blue-ticking’ someone is still annoying AF. Originally defined as ignoring a sent Whatsapp message even though a reply is expected, ‘Blue-ticking’ can also be used to describe any other app that has a ‘Seen’ function.

While getting ‘Blue-ticked’ usually isn’t a big deal,  it’s a little different when you’re trying to get to know someone and they don’t reply you. If someone talked to you IRL, you wouldn’t just look the other way and not reply them right? 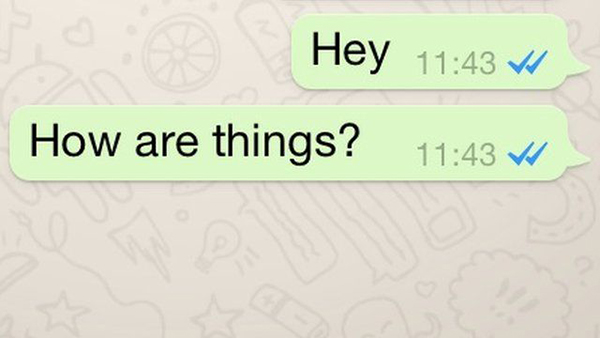