Say “snake” and the image of a cold, slimy, slippery reptile comes to mind. There is a pervasive idea that snakes are aggressive and will harm humans if they can.

But to snake belly dancer Sophie Apsara, snakes are neither ‘nope ropes’ nor repulsive to the touch. The 31-year-old would know as she has danced with reticulated and Burmese pythons for the past 8 years. 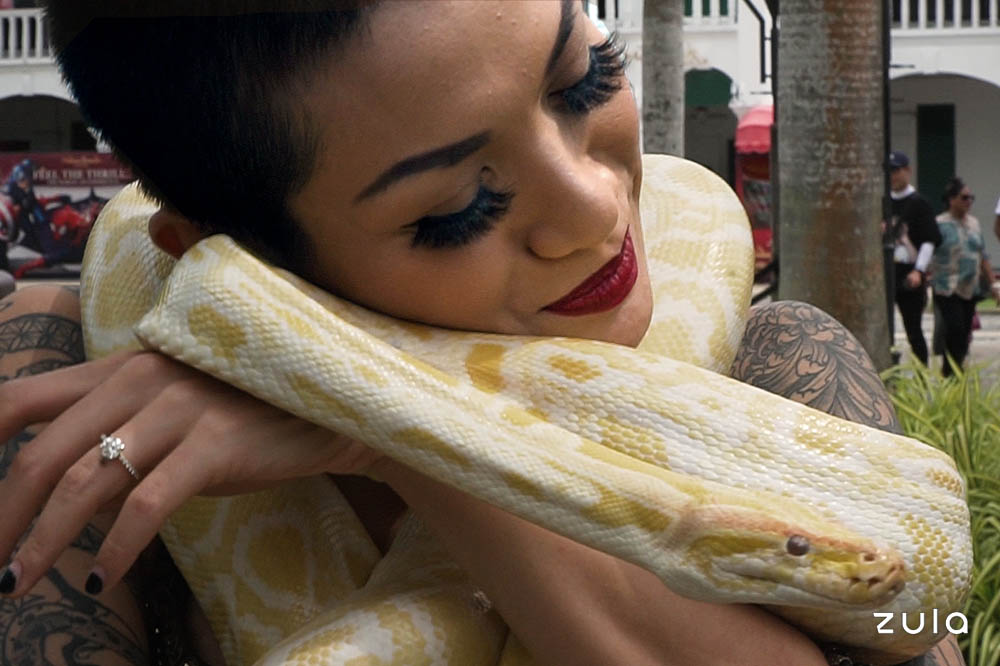 Being a snake belly dancer

To Sophie’s knowledge, she is the only snake belly dancer in Singapore. A performance can last anywhere between 5 to 30 minutes. She performs at a wide range of events, from corporate dinner and dances to themed clubbing nights.

Albino pythons are a popular choice with her clients due to their striking yellow and white markings. To match her onstage partner’s vibrancy, Sophie chooses costumes that are glittery, reflective and brightly coloured. She also makes sure there are no sharp materials or beading present that could accidentally hurt the snake. 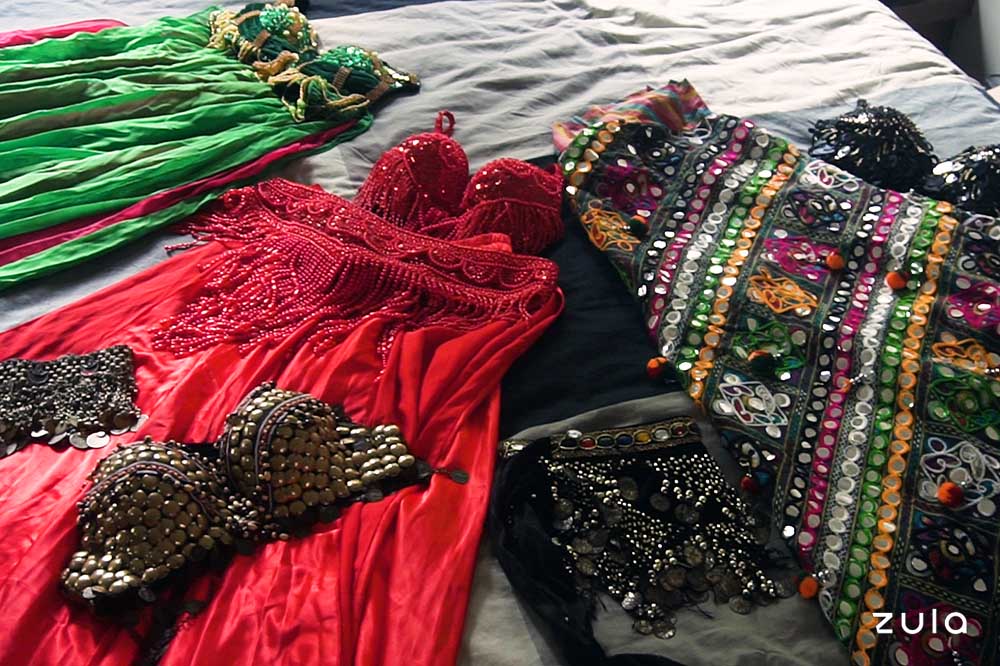 Some of Sophie’s performance outfits

Because snakes are made of pure muscle, Sophie does weekly upper body strengthening workouts to build her stamina. The heaviest snake she has danced with was a big thicc boi that weighed 20kg.

How to dance with a snake

As compared to regular belly dancing, dancing with a snake requires slower, smoother and more predictable movements. The snake’s comfort is the main focus. If the snake got startled, it would become ‘hazard spaghetti‘.

“The worst thing you can do is hover your hand in front of the snake’s face. Because it could startle the snake, it might think it’s being attacked or fed. It would cause the snake to strike.”

She also ensures that the snake’s weight is evenly distributed. If not, the snake would feel discomfort and grip onto her body tightly in an attempt to balance itself.

Her favourite part of the job? When a snake climbs up onto her face and freaks her audience out. Men and women alike have screamed, jolted backwards and run away when approached by Sophie and her snakes.

“[People] think the snake is going to eat my eye or something. But [then they’ll realise], ‘Oh, it didn’t eat her eyeball, or suck out her brain.’” In all her years of performing, Sophie has never been bitten by a snake. Snakes aren’t danger noodles, they’re more like caution ramen.

“I think the biggest misconception people have about snakes is that they are dangerous, they are out to get us if you encounter one in the wild. That’s absolutely not true. In the wild, snakes, out of survival, avoid human contact at all costs.”

At shows, it is children who give Sophie’s dancing the most positive reactions.

“They are always like, ‘Wow, a snake!’ Until you see the parents kinda grab them like *gasp*, and then you see their expressions also change. From curiosity and fascination, it becomes fear. So, I think a lot [of] fear towards snakes is really taught.”

Sophie maintains this stance as her interactions with snakes growing up prevented her from developing a fear of the slithery creatures. Her uncle, who worked as a zookeeper, would let his niece take pictures with the Singapore Zoo’s snakes whenever she visited. 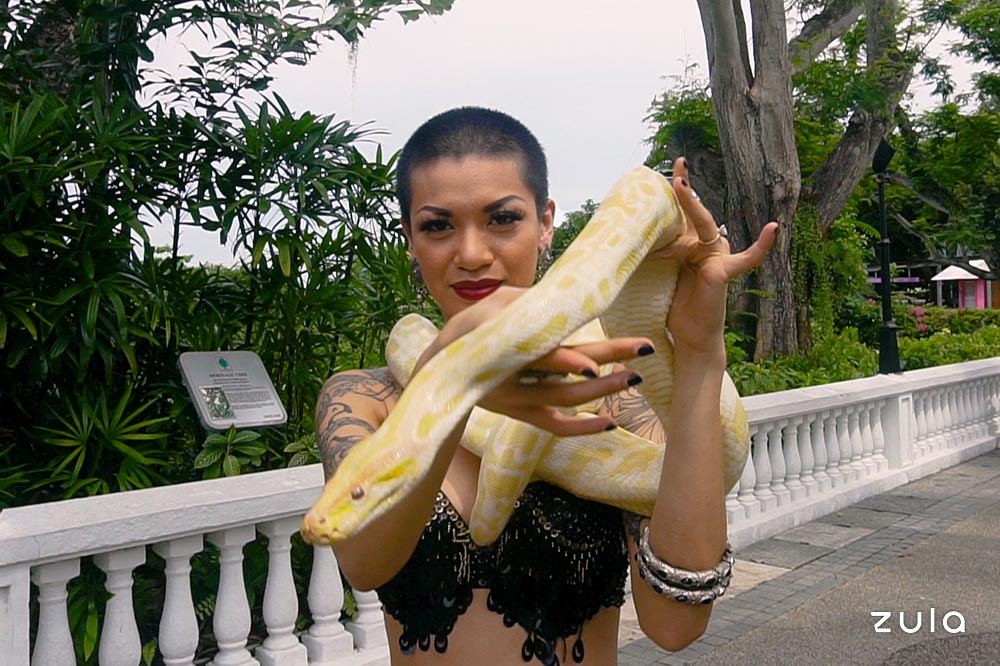 Nonetheless, she is quick to point out how people should not attempt to handle snakes, especially if they’re untrained. Though the pythons she handles are domesticated, they are constrictor snakes with enormous grip strength that can easily break bones.

When asked if she imagined that she would be dancing with snakes for a living, Sophie laughs and shakes her head.

“When I was younger, I never imagined I [would grow] up and dance with reticulated pythons. I wanted to be all kinds of things—a painter, a writer, a billionaire. Now, I am very lucky to have the opportunity to dance and work with these beautiful and powerful creatures.”

“My parents still don’t know that I dance with snakes but I think they’ll be cool with it. I guess they’ll find out [after this]!”

Singapore Zoo’s First Female Elephant Keeper On Why Not All Zoos Are Prisons: Nursyafiqah Mohamed Yusof