Coming from an all-girls school, my friends and I often debate whether or not to send our future daughters to a single-sex or a co-ed school.

Some prefer their children to grow up in an institution which is reflective of our society, in a school made up of both sexes. Others prefer to send their kids to single-sex schools to prevent distractions (aka boy-girl relationships).

However, there are more than a few benefits of attending an all-girls school, and these 9 Singaporean girls’ school alumni explain why.

“She shouldn’t think she has to play stupid to catch guys’ attention.”

In JC, my friend who came from a single-sex school developed feelings for a guy in her CCA. After receiving mixed signals for half a year, she mustered up the courage to confess but was turned down.

Her crush never gave an explanation and it broke her heart. Indignant, I confronted him and he said, “She’s so loud, and she has opinions on everything. It’s super annoying.”

How did being an assertive, strong woman become a taboo? I hope my daughter never has to think she has to take her intelligence down a notch just to catch a guy’s attention.

I want to send her to an all-girls school because I feel she’ll be able to learn how to hold her own before meeting guys when she’s older.
Mandy, 18

“She should feel comfortable expressing kindness towards her friends.” 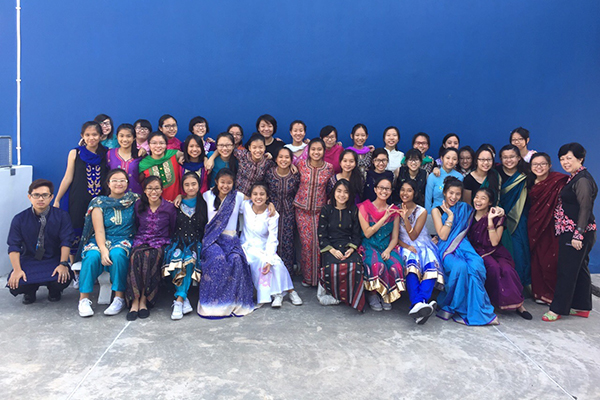 During Valentine’s Day, I knew a couple of schoolmates who would bake together on the weekends. To show appreciation for their friends, they’d distribute bags of cookies which had notes of encouragement pinned to them.

Even in JC, these girls continued their tradition and gifted some of their guy classmates cookies as well. However, their kind intentions were misinterpreted as the guys thought they were trying to flirt.

They labelled them “flowers”—girls who were boy-crazy. Other guys gave them a wide berth because they didn’t want to deal with their ‘emotional and clingy’ behaviour.

In mixed schools, I realised any small act between opposite genders can be easily misinterpreted. I’d prefer my daughter to be in an environment where the culture of giving and platonic friendship is the norm, rather than the exception.
Victoria, 18

“She can take on leadership roles without judgement.”

When I left Raffles Girls’ Secondary (RGS), I applied for the position of Student Councillor at the co-ed Raffles Institution (RI). However, RI teachers told female candidates like me that it was difficult for girls to win a position on the student council as the men were the ones who could lead.

When I was successfully elected to the council, I proposed activities such as ‘Friendship Week’ to bring the school closer together, but my plans were turned down and deemed ‘too fluffy’. “This is why we don’t let too many giggly girls into the council,” the council seniors laughed.

In a mixed school, I feel girls do have to try harder than guys to prove they’re just as capable. I was appalled when I met with this situation because, in an all-girls school, there were no guys to assume leadership roles, and we ran the various leadership boards just fine.

Seeing how girls can be perceived as less capable than guys in mixed schools, I want to send my daughter to an all-girls school so she’ll learn she’s equally competent as guys.
Luna, 22

“She should undergo the once-in-a-lifetime girls’ school experience.” 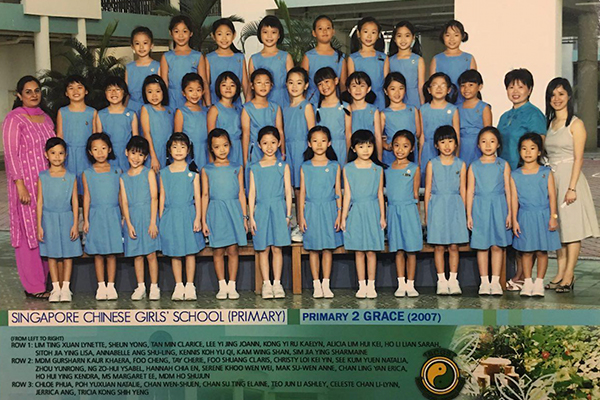 Before every swimming lesson at the nearby swimming complex, my classmates and I would change out of our uniforms in the school toilet. One day, someone left her underwear in one of the cubicles, and it was picked up by my female form teacher.

On the bus en route to the swimming complex, the teacher announced, “Who left their panties in the toilet? I have it with me now but I can’t show it to you all because there’s a male bus driver.”

Immediately, one of my classmates raised her panties up, waved it like a flag and joked, “Mine is here, teacher! That one you found is not mine,” and we all had a good laugh about it.

Even though this happened years ago in primary school, I still fondly recall such moments. I hope my daughter can have memories like that, and feel unabashed to express herself or make silly jokes.
Nicole, 20

“She should learn it’s okay to be assertive and opinionated.”

During my JC orientation, it was easy to spot a girls’ school girl from the way she carried herself and spoke with confidence. Girls from mixed schools were noticeably more shy and soft-spoken.

I would want to send my daughter to a girls’ school because I feel she will learn to be more vocal and develop better communication skills.
Zhi Min, 19

“I don’t want her to feel self-conscious about expressing herself.”

I feel all-girls schools have more supportive communities. In the girls’ school I attended, I had a classmate who sang during school functions. Though her singing was not the best, she was supported by friends who encouraged her to pursue her passion.

We went to the same school in JC, and she continued to perform. But whenever she did, a group of boys would boo her off the stage.

They even spread rumours about her, saying she worshipped Satan and could be regularly heard having sex behind the locker room and in the fourth floor handicapped toilet. Other girls bullied her too because it was “cooler to be seen with the boys”.

I would want my future daughter to grow up in an environment where she feels safe, can express herself freely and is able to pursue her interests.
Julia, 18

“She should know she’s able to achieve anything she sets her mind to.” Once, my teammates and I entered an international competition which tested problem-solving skills.

During the technical segment, students from mixed schools expected us to score badly as we had no boys on our team to help construct a 2-metre structure.

Having had no prior experience with a hammer or drill, we were momentarily demoralised. But with the help of Google and YouTube, we learnt how to operate motors, gears and LED lights on our own. In the end, we achieved the highest scores among the local schools.

In the future, I want my daughter to be able to trust in her abilities and achieve despite the criticism from naysayers. I’d also want her to experience the sense of camaraderie with her fellow sisters.
Cass, 20

“She should be emotionally mature before starting to date, and not be distracted by boys and boy-related drama.”

My then-boyfriend, my best friend, Kat, and I attended the same JC. We were good friends and hung out all the time.

But Kat started to hang out with my boyfriend more often, and I started to see her name light up his phone screen more frequently. Eventually, my boyfriend fell for Kat and broke up with me. Just like that, my four-year friendship with Kat was ruined, all because of a boy.

Looking back, the same situation might have played out in an all-girls school. But, I feel friendships were less complicated before boys came into the picture.

Being in an all-girls school removed the distraction of boys. It helped me focus on my studies, friends, and allowed me to get to know myself better. I’d like my daughter to be able to do the same.
Amelia, 21

“She should be in a safe learning environment.”

In JC, a group of guys in my class would sit at the back. They called themselves Back Row Banter and made noises and snarky comments every time a girl spoke in class.

One time, an average-looking girl rose her hand to ask a question. Back Row Banter started laughing and whispered “armpit hair” and “strong arms”. The girl looked hurt, and when the teacher acknowledged her, she didn’t want to speak anymore.

In a mixed school, I felt more inhibited than in an all-girls school when it came to answering questions. I hope my daughter can learn in a more nurturing environment, where she can be unafraid to make mistakes.
Sam, 19

Sending Your Daughter To An All-Girls School

Though there are certain benefits when you send your daughter to an all-girls school, the future she’ll have is not set in stone. Ultimately, it depends whether or not she makes the most out of the opportunities she’s been given.

As the only child, Yi Chen is used to staring into space and overthinking about everything. Her life started in Taiwan and will possibly end in the U.S. if she finds her Harvard husband there. In her free time, she makes satire beauty haul videos for her friends.