Some may think being in an all-girls school is much like being in Mean Girls: catfights, toilet gossip sessions, and segregated cliques within an established pecking order.

But really, after being in an all-girls school for ten years, I can tell you it isn’t all drama and sass. Sure, I’ve experienced my fair share of disputes, but ultimately, these little differences added colour to my life.

If you’ve attended an all-girls school, or are still studying in one, you probably know some of these girls and count them as part of your close-knit family of friends.

1. The one who changes in class all the time

These girls have mastered the art of slipping out of their pinafores within seconds. Skilful and discreet, they’ve never accidentally flashed a teacher.

Occasionally, you’ll catch her changing outfits five minutes before the lesson ends, so she can scoot off to her CCA immediately after the bell rings.

2. The one who shouts for pads across the classroom

While there’s absolutely nothing to be shy about in an all-girls school, this girl cranks it up a notch.

You’ll definitely know when she’s on her period because you’ll hear a loud “Oi, does anyone have a pad?!” from across the classroom.

It’s no biggie—shout and you shall receive.

Often in more sporty CCAs such as netball, this girl has long swapped her dresses and denim shorts for shirts and berms.

At one point, she’s probably gotten a haircut at the S$5 barber shop the boys frequent.

4. The one who goes around smacking asses and unhooking bras

Quietly descending upon her unsuspecting victim, she catches them off guard and runs off screaming and cackling after having completed a ‘successful mission’.

Years after graduation, you still don’t understand why she derives satisfaction from such antics.

5. The one who breaks the rules

Girls’ school girls are often repeatedly told to be ‘young ladies’ who have to ‘uphold the school’s reputation’ (whatever that means).

But there’s this girl who just DGAF. She hangs out with ‘bad’ company, has a boyfriend in lower sec, skips class, and *gasps* smokes in the school toilet. Sometimes, she even wears her school uniform while playing truant.

When hauled into the principal’s office and berated by teachers who think she’s going against God’s ways, she’ll always reply: 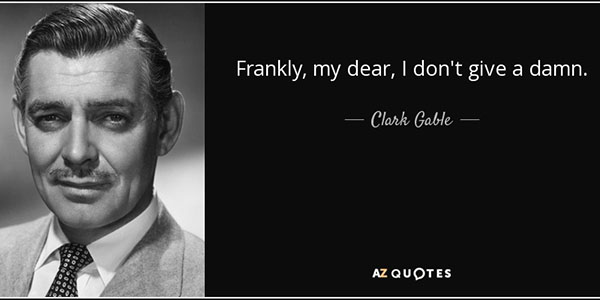 6. The one who is boy crazy

Whenever there is a male guest speaker or exchange student in school, she’ll be the first to rush back to class, gushing “OMG! OMG!!! HE’S DAAAAMN CUTE!!!”

Sometimes, you’ll even catch her ogling the hot male teacher who teaches Biology. 7. The one who wears makeup to school

She’s the girl who comes to school with her brows on fleek and skin looking #flawless. When asked if she wears makeup, she becomes defensive and insists she #wokeuplikethis.

Usually, she’s also the girl who dyes her hair brown and tells everyone it’s her natural colour. If she swims, she probably blames the chlorine for lightening her hair.

But really gurlll, why are your roots still black?

8. The one who knows every guy from the boys’ school down the road

Ask about any guy and she’ll be able to give you a little beef on him. If you’re nice, she might even ‘intro’ you to him.

Remember the kid who got bullied for being plus-sized in lower sec?

Yeah, she lost all her baby fat before you could say “puberty”, and blossomed into the It girl every boys’ school boy had a crush on.

Feminism and standing for equality is great, but not when you misconstrue it and turn into a full-blown feminazi.

During class discussions and relationship talks, the feminazi usually argues along the vein of, “yeah, because all boys are MCPs (male chauvinist pigs)”. All in the name of ‘feminism’, of course.

Not the actual definition of feminism.

11. The one who has Princess Syndrome

Even if she lives just down the road, her parents will still chauffeur her to school in a fancy car. And if they don’t, she’ll whine and insist until they do.

12. The one who speaks with an angmoh accent

Despite being 100% local, this girl probably feels speaking in a fake American accent automatically makes her cooler and better than the rest.

Peppering her speech with slang, and adding “like” and “oh my God” in the way only Cali girls do, she makes sure to harp on how she ‘picked up her accent on her family trip to America’ from years ago.

13. The one whose entire family is part of the alumni

Patriotic by blood, this girl’s mum, sisters, and aunts are probably old girls. As members of the alumni committee, you’ll hear their surname mentioned at every charity donation board, parent-teacher meeting, and extracurricular activity.

In 15 years, you’ll likely find her daughters there too.

14. The one who is everyone’s girl crush

Usually carrying around a water bottle and a pack of tissues, the mum of the group somehow feels responsible for the welfare of everyone around her.

Aside from returning your plates after recess or nagging you to drink more water because “it’s good for you”, her maturity gives her insight so she knows just what to say to resolve petty girl drama.

Being In An All-Girls School

No matter what type of girls’ school girl you are, celebrate your difference because it’s diversity which makes us stronger.

Half Taiwanese, Jerrica spends her life crossing borders and listening to JJ Lin classics. She marvels at runway trends and seeks to find relatable alternatives.