The Tokyo Olympics 2020 is in full swing, where Singapore has 23 athletes representing our nation. Among them, 17 are female. These female athletes serve as an inspiration as their never-say-die attitude and hard work show their physical and mental strength.

While they are the current generation that represents Singapore, there are also female Olympians from the past who equally inspire us to learn from their achievements. Through their stories, read on to find out how they make our nation proud.

Disclaimer: According to the Olympics organising committee, they have kept the name of Tokyo Olympics 2020 despite having the games in 2021 due to economic reasons. 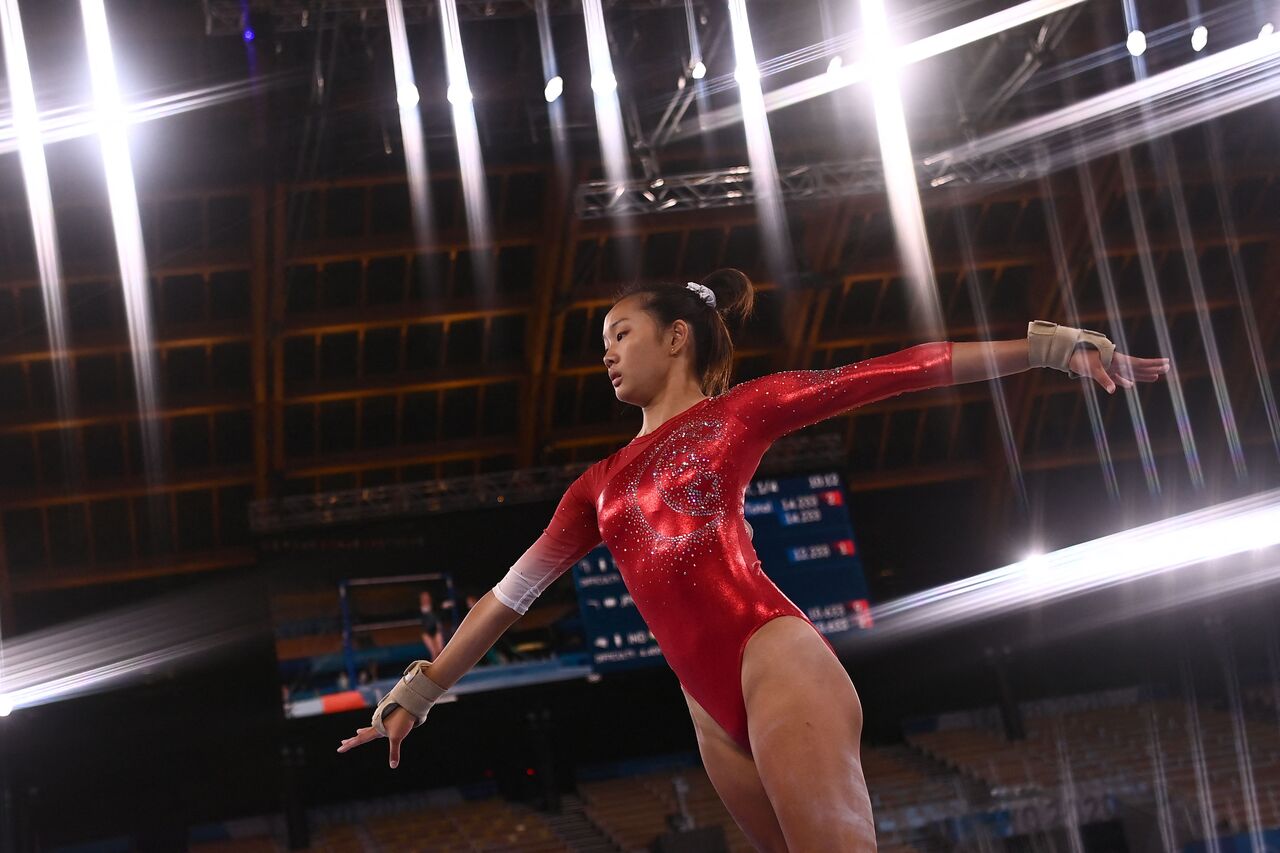 20-year-old Tan Sze En is the second Singaporean gymnast to make her debut in the Tokyo Olympics 2020. While she participated in only 2 categories ‒ Beam and Floor ‒ she was proud of her scores and how far she came, especially with her previous injuries.

Tan Sze En fractured her left ankle in 2017 and had to miss her debut at SEA Games in Malaysia. Later, she suffered from a knee strain and underwent shoulder surgery in 2019. 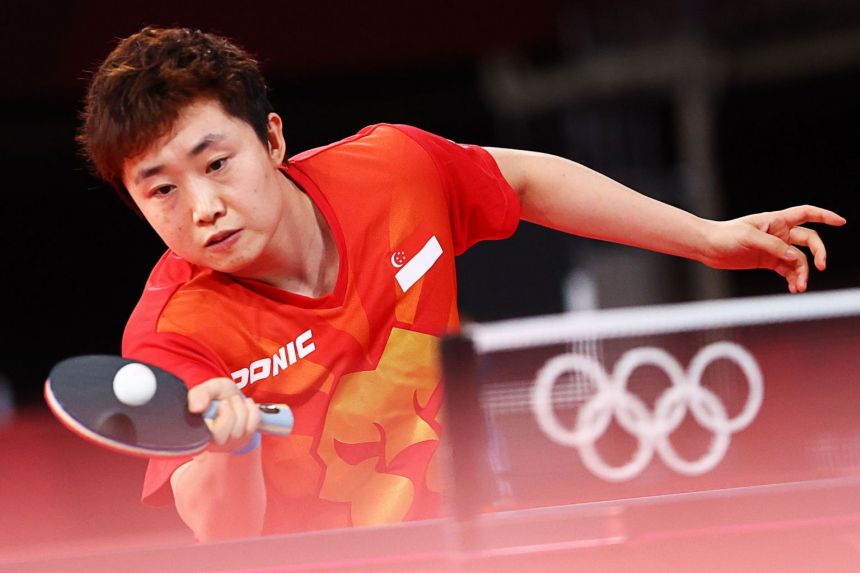 Many Singaporeans would know table tennis player Feng Tianwei, as she has been representing Singapore since the Beijing Olympics 2008. She is also the person with the most Olympic medals in Singapore ‒ 1 silver and 2 bronze.

However, such accomplishments did not come easy as her family had to live frugally to pay for her table tennis training. Feng Tianwei left home at the age of 19 to play professionally before she was scouted by a coach from Singapore Table Tennis Association. She eventually made the move to Singapore and currently represents our nation as an athlete. 27-year-old Amanda Ng puts many of us to shame as she is not only a windsurfer representing Singapore in the Tokyo Olympics 2020, but she also works as an audit associate in Deloitte. Seriously, who could juggle both at the same time?

On top of that, she has shown perseverance after suffering from a left knee injury. It almost resulted from her missing the chance to try out for Asian Olympics qualifier in Oman. Thankfully, she pulled through and won the only ticket in Asia for the Tokyo Olympics 2020 just a week after sustaining the injury. 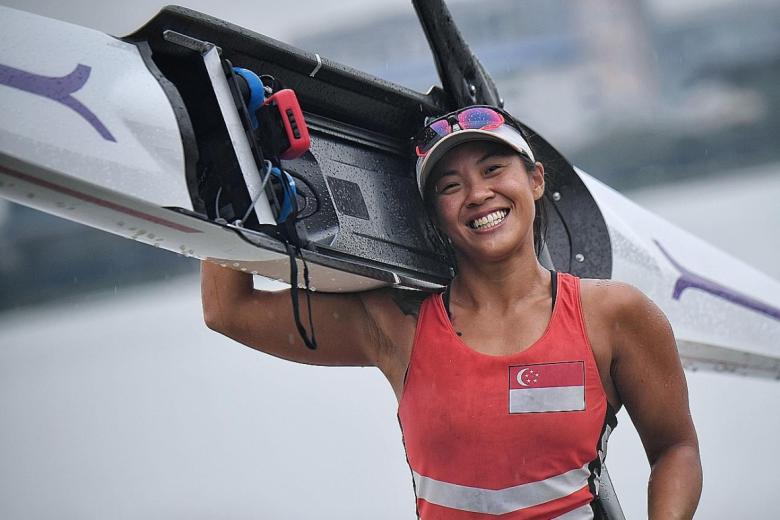 When Joan Poh is not at her rowing training, she is working as a nurse at Tan Tock Seng Hospital. A year ago, she chose to put her training on hold after the Singapore government called for a reinforcement of medical staff to tackle COVID-19 – a huge deal for someone who was going to take part in the Tokyo Olympics 2020.

The 30-year-old rower is the oldest among her 2 siblings and she comes from a humble family. According to a report by Today, she grew up in a one-room apartment and her family had to live off instant noodles frequently. When she was 17, she joined a dragon boat rowing team which kickstarted her journey as a rower.

She then headed overseas to receive training and compete in races. At the same time, it caused a burn in her savings and she had to borrow money from her friends to cover the expenses. Thankfully, her hard work and sacrifice paid off as the Tokyo Olympics 2020 marks her debut as an Olympian. 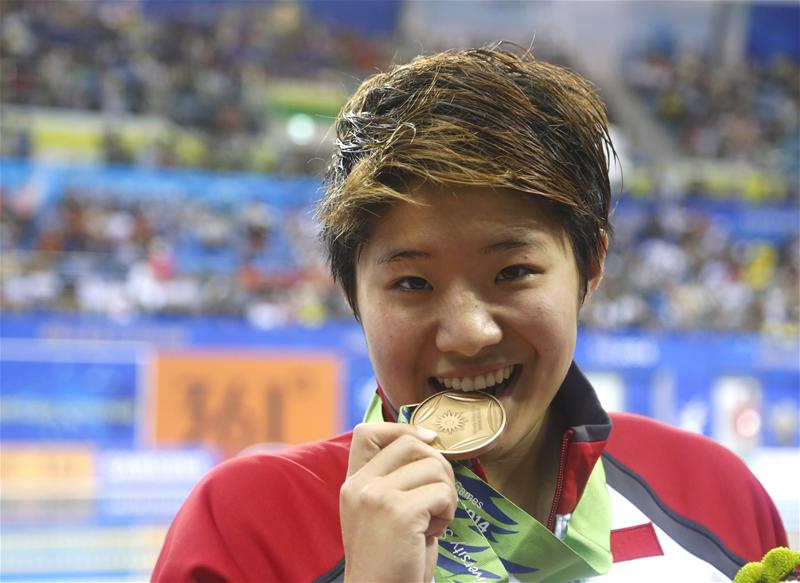 2008 is the year in which the Beijing Olympics left a pleasant memory for many Singaporeans. For those who remember, Tao Li was the first female swimmer from Singapore to qualify for the finals of 100m women’s butterfly.

It appears that swimming runs in the genes of Tao Li as her parents were both provincial swimmers in China. She moved to Singapore when she was 13 but struggled in school because of her English skills. However, through extra classes, she is now able to converse fluently in English. She later furthered her studies in Singapore Sports School.

Although she did not win any medals in the Olympic Games in 2008, she recorded a new personal best and set a new Asian record during her heats. She also holds all three national records for butterfly stroke and the records for 100m and 200m for backstroke. 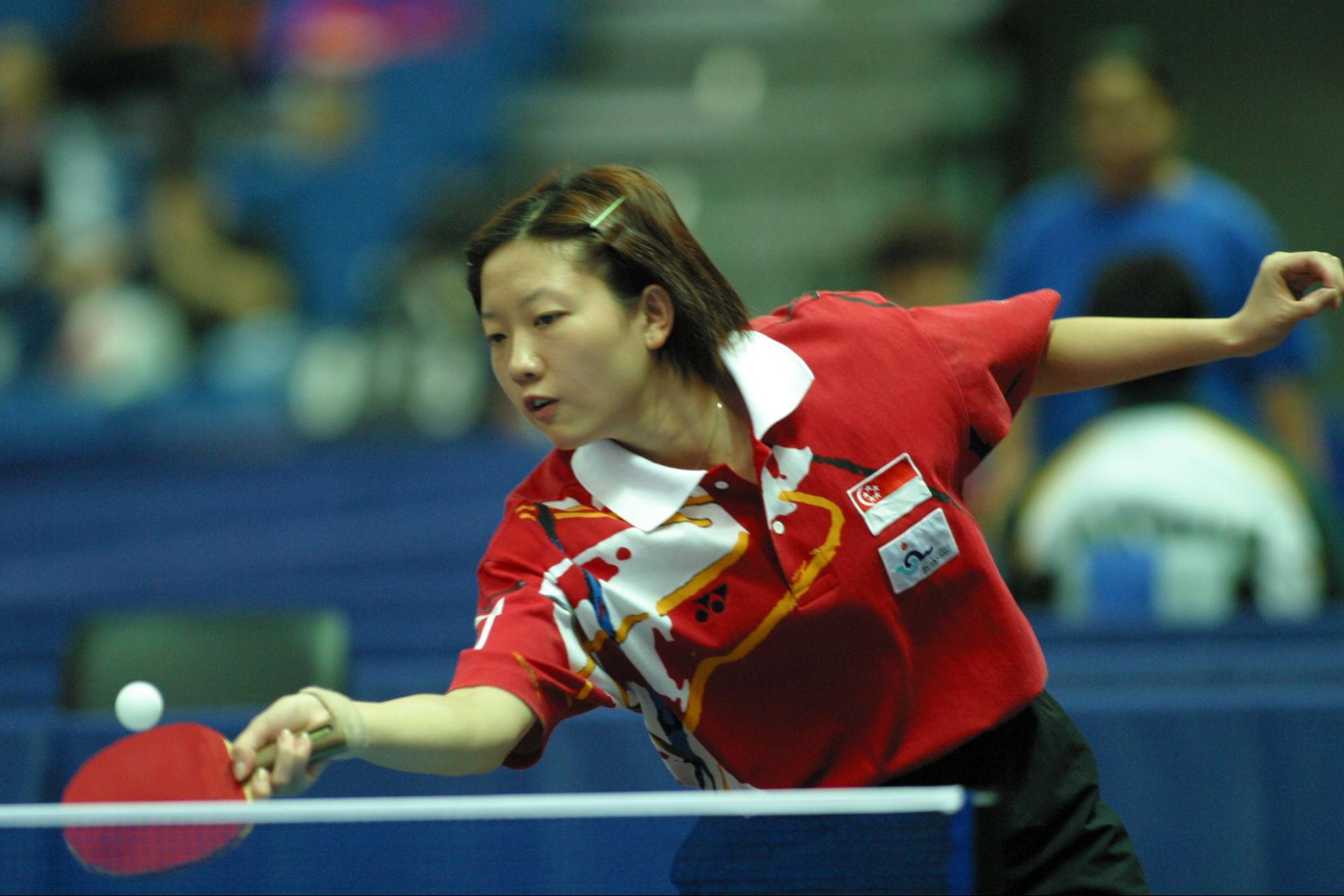 Table tennis player Li Jiawei is a familiar face to many as she represented Singapore in the Olympic Games a total of 4 times. She received the silver medal during the women’s team match in Beijing Olympics 2008 and the bronze medal later in London Olympics 2012.

After getting the nod from Singapore talent scouts, Li Jiawei moved to Singapore when she was 14. For the teenager, the move was never easy and she only went back to visit her parents in China once every year.

After her retirement in 2012, she established the Jia Wei Table Tennis Academy in 2017. Through the academy, she hopes to nurture the next generation of table tennis players. 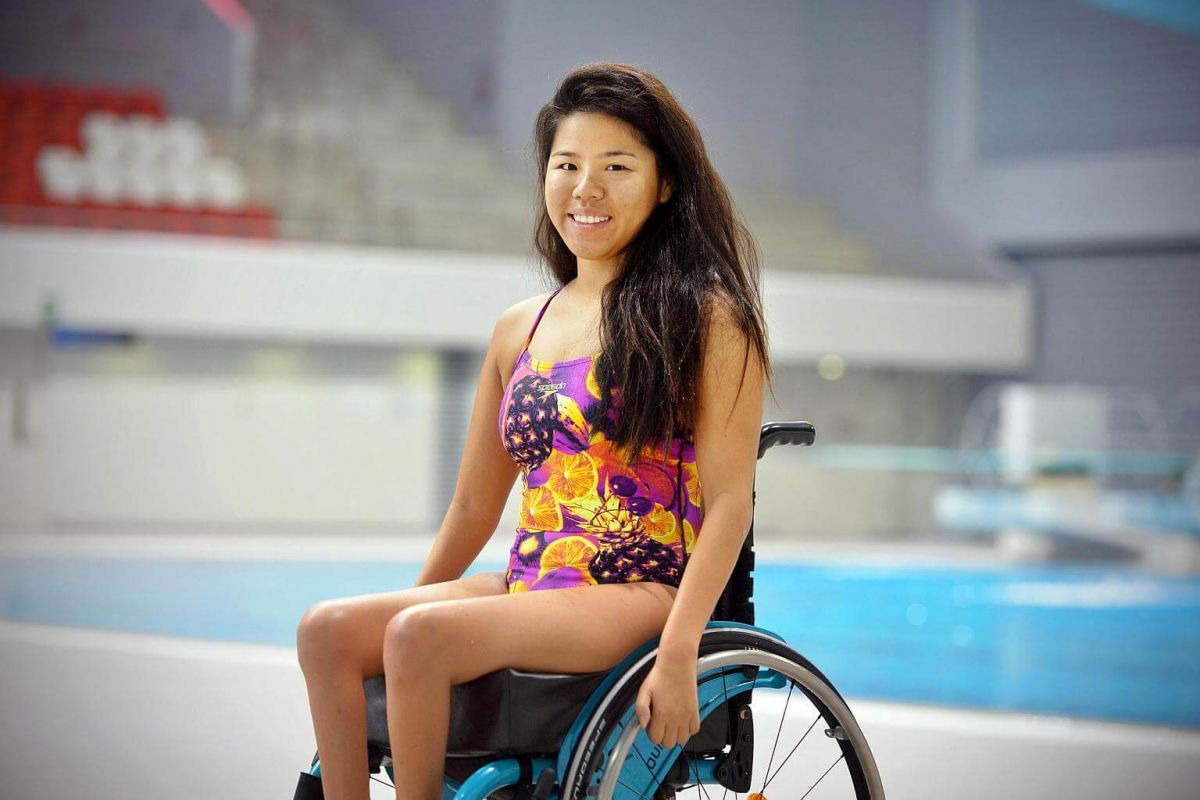 As Singapore’s most decorated Paralympian, backstroke and freestyle swimmer Yip Pinxiu has 3 gold medals and a silver medal from the Paralympic Games in 2008 and 2016.

At a young age, she was diagnosed with having muscle dystrophy, which resulted in her losing the ability to walk. Despite the physical limitations, Yip Pinxiu began competitive swimming at 12.

Apart from being an athlete, Yip Pinxiu was also a Nominated Member of Parliament in Singapore in 2018 for 2 years. She uses her voice to advocate for people with disabilities and was also part of the planning team for the Purple Parade in 2020 ‒ an annual event that celebrates the disabled in Singapore.

This year, Yip Pinxue will be participating in the Tokyo Paralympics 2020. 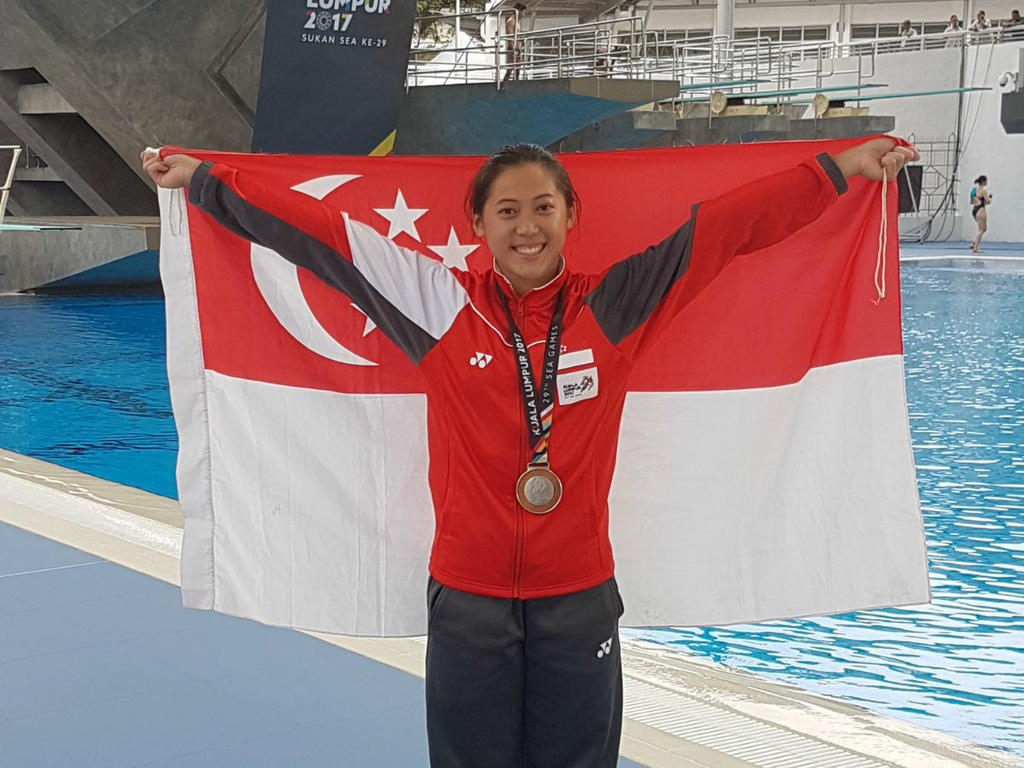 Singapore welcomes our first female Olympic diver, Freida Lim, who makes her debut at the Tokyo Olympics 2020. The 23-year-old was originally a competitive swimmer but was diagnosed with hyperthyroidism when she was 13. As a result, she became underweight and eventually switched to a sport that is less intense.

Perhaps it was a blessing in disguise as she later received a bronze medal during the 2015 SEA Games held in Singapore. Plus, she also won herself a scholarship from Clemson University in the U.S. 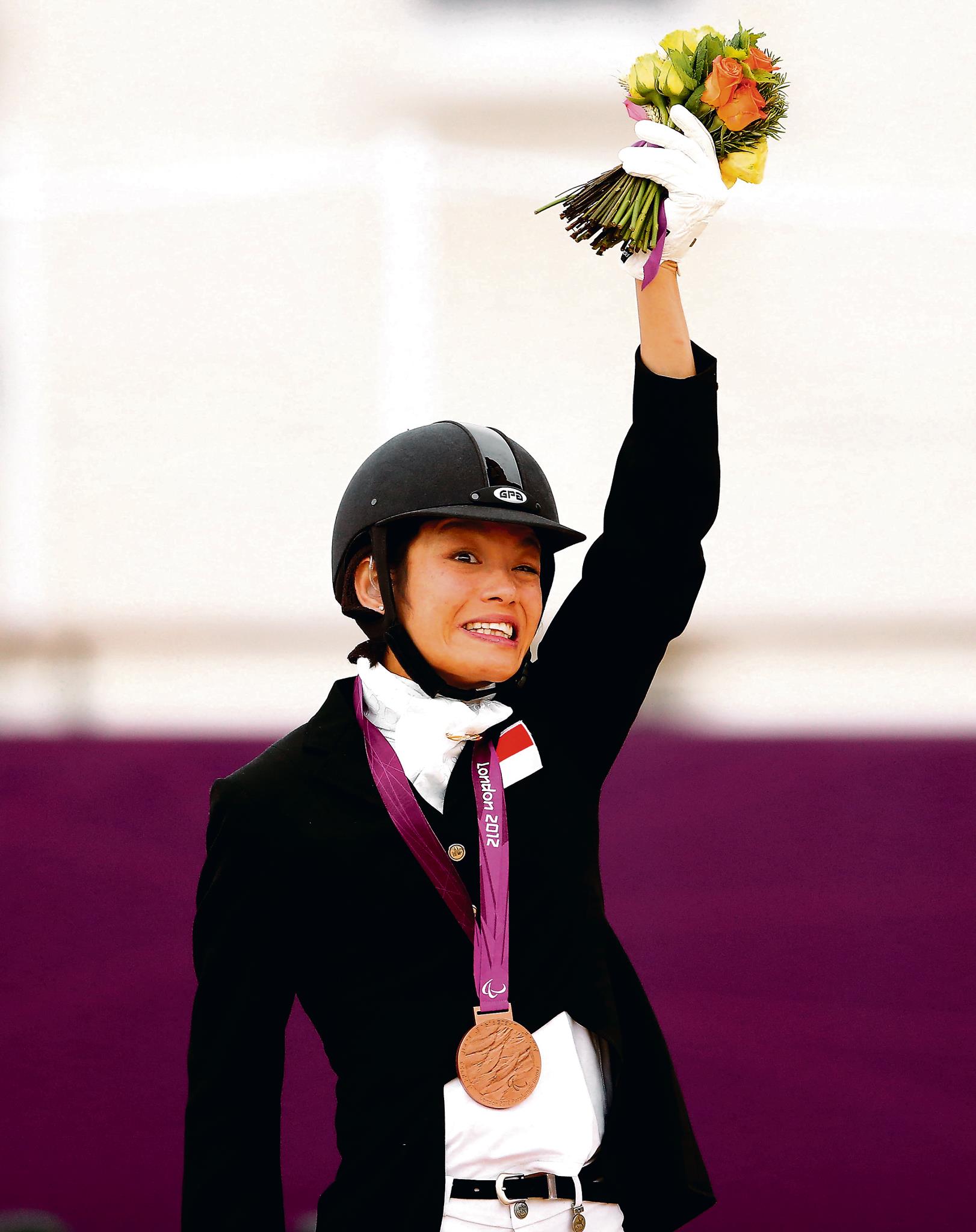 When Laurentia Tan was 5, she took up riding as a form of physiotherapy after developing cerebral palsy and profound deafness. Little did she know that she would later take part in equestrianism ‒ a sport that demonstrates how well a person rides and controls a horse ‒ which led to her qualification for the Beijing Paralympics 2008. That year, she clinched 2 bronze medals for Singapore.

In 2012, she participated in the London Paralympics and took home a silver and bronze medal. 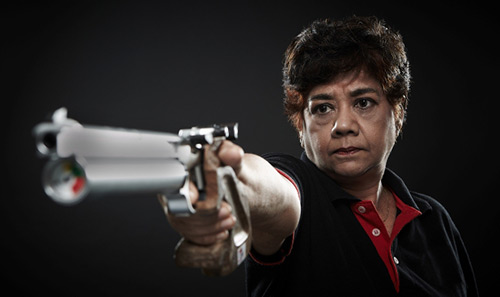 Khatijah Surattee is the first female Singaporean shooter who participated in the Seoul Olympics 1988. She was placed 36th during the 10m air pistol. Before becoming an Olympian, Khatijah Surattee was part of the Singapore Armed Force, where she learned how to handle submachine guns and M16s.

In addition to her achievements, she is also the first Singapore female shooter that represented Singapore in the 1983 SEA Games and even set a national record that lasted for 20 years. 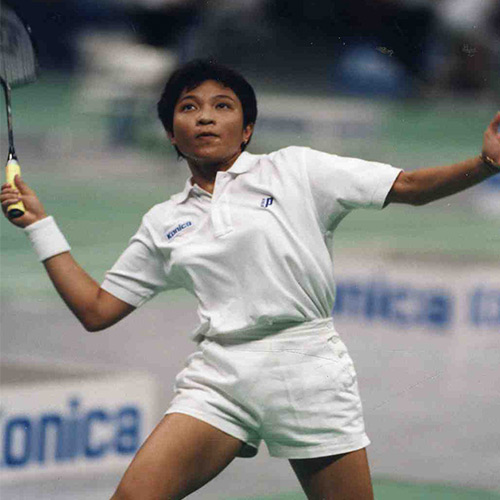 Badminton only became an official sport in the Barcelona Olympics 1992 and Zarinah Abdullah represented Singapore as our nation’s first female badminton player. She was ranked 53rd in the world in 1992 and later, 25th during the Atlanta Olympics 1996.

Previously, Zarinah Abdullah quit her studies in order to train professionally in 1990. She announced her retirement in 1998 after earning 5 SEA Games bronze medals. Tracey Tan was the second runner-up for the World Laser Championships in 1994 and this allowed her to qualify for the Atlanta Olympics 1996 as Singapore’s first female sailor. To prepare herself for the game, she went on a 6-month long international training.

However, the long period overseas left her exhausted and she came in 27th in the Olympics Games. Retired, Tracey Tan is now an active spokesperson for sea sports. Many would recall Joscelin Yeo as she is Singapore’s first four-time Olympian. From 1992 to 2004, the swimmer represented Singapore in 4 different Olympic Games.

Joscelin Yeo competed internationally in the 1991 SEA Games when she was only 12 years old. Believe it or not, she brought home 2 silver and 3 bronze medals that season. From 1993 to 2005, she received a total of 40 gold medals from regional competitions.

After retiring, she worked as a non-elected nominated Member of Parliament in 2009 for two years. Later on, she opened a swimming school, Yeo’s Aquatic, together with her brother. 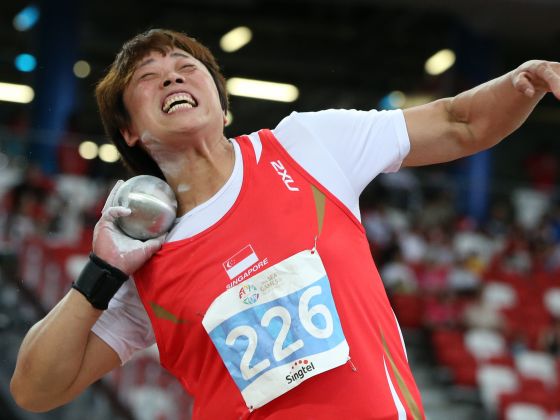 Zhang Guirong represented Singapore during the Olympic Games in 2004 and 2008. In 2005, she won the gold medal during the SEA Games and defended her title for over 10 years.

In addition, she is still holding the national shot put record during her competition in Incheon Asian Games 2005. Her achievements don’t stop there – the athlete also holds the javelin and discus national record. 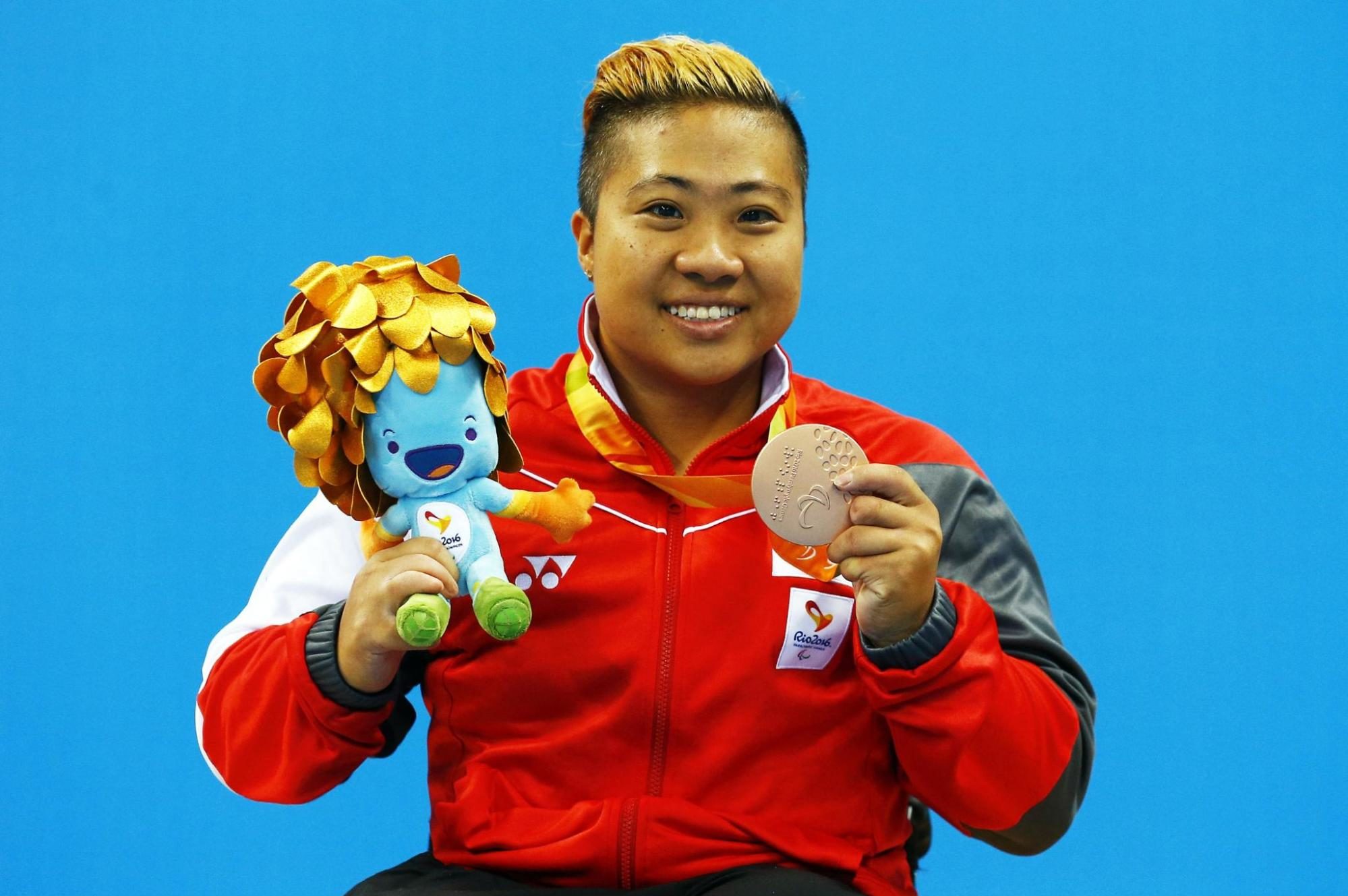 Theresa Goh serves as an inspiration for many as she is not only a 4-time Paralympian, but also Pink Dot’s ambassador in 2017 and the ambassador for Athlete Ally ‒ an international platform that advocates for LGBTQI+ athletes across the world.

The breaststroke swimmer was prematurely born at 7 months and diagnosed with congenital spina bifida, resulting in her inability to use her legs. Nonetheless, she started swimming when she was 5 and participated in competitions at the age of 12. In no time, Theresa Goh rose as a strong competitor and began to clinch medals regionally and internationally.

During the Rio Paralympics 2016, she won herself a bronze medal for the 100m breaststroke event. In 2019, she announced her retirement from competitive sport. 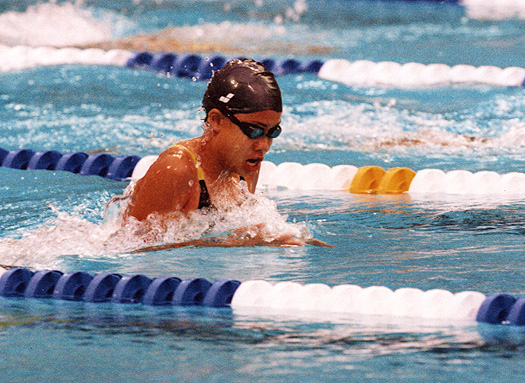 Nicolette Teo was only 14 when she debuted in the Sydney Olympics 2000. She later represented Singapore in the next two Olympics in 2004 and 2008, competing in the 100m and 200m breaststroke events.

While she did not win any medals from the Olympic Games, she bagged a total of 9 golds, 7 silvers and a bronze medal from competing in the SEA Games. 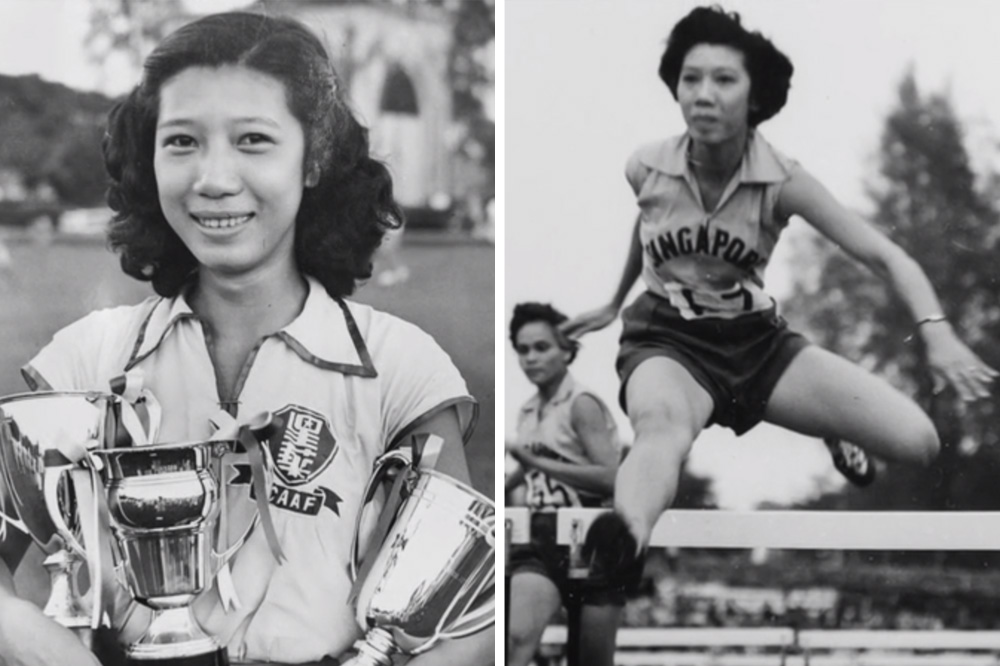 Even before Singapore gained independence, Tang Puiwah took part in the Helsinki Olympics 1952 as the first female Olympian from Singapore. The then 19-year-old represented Singapore in the 100m sprint and 80m hurdles. Although she did not make it past the heats, her name became a legend in Singapore’s history.

According to a video by Honour Singapore, she started high jumping and hurdling because of her introverted personality. Her teacher in secondary school discovered her potential and recommended she focus on hurdling instead. The training was tough and there were moments when she felt that she had no one to ask for pointers.

In 1951, she represented Singapore in the 1st Asian Games in New Delhi and ranked 4th for the 80m hurdles. In the same year, she took home 3 gold medals at the Malayan Amateur Athletic Association sports meet. 3 years later in the 2nd Asian Games, she received a bronze medal ‒ her first ever international medal.

Whether in the past or present, Singapore is always proud to have these talented female Olympians representing the country. They serve as inspirations and respectable figures for the younger generation to look up to.

If you are interested to find out more about Singapore’s athletes, check out this list of Singapore athletes from the 90s’ to learn what they are doing now.