It’s pretty easy to get a date these days. Swipe right on a dating app, talk for a bit and bam! – you’re heading to a café for some avocado toast together. While clinching a date can be straightforward, knowing proper first date etiquette is a different ball game altogether, especially when it comes to bringing up more “taboo” topics like sex and expectations.

Before you jump into thinking your next date is “The One”, sensitive questions surrounding their dating past or even STI history might come to your mind. But with these kinds of things… how to ask sia. We spoke to 8 Singaporean guys and girls to gather their views on unspoken first date etiquette we may be too afraid to discuss, and how to bring them up.

1. Should you split the bill? 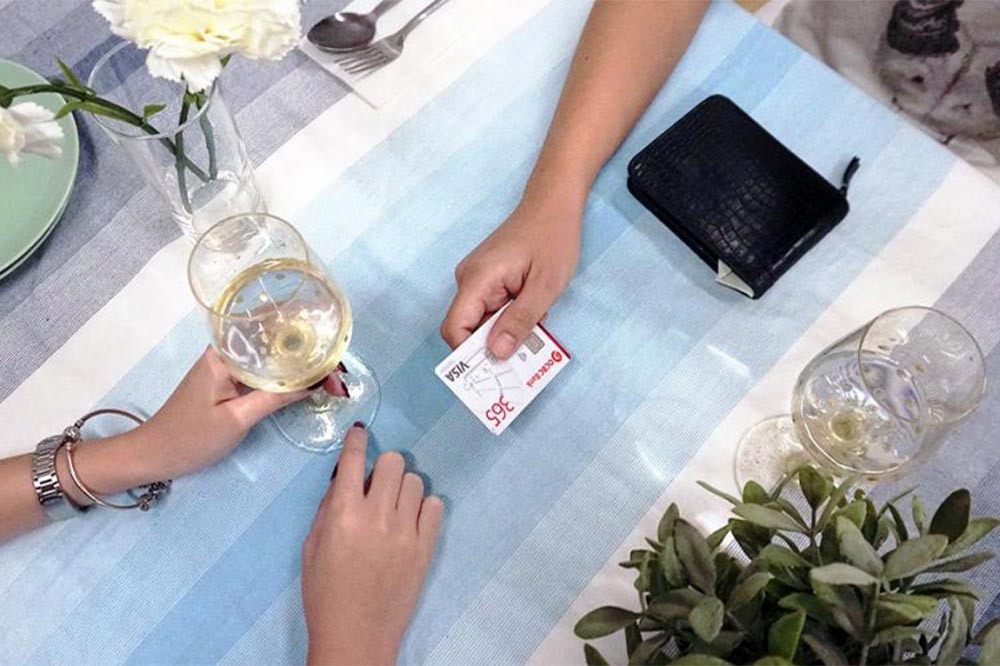 Holding the door open, pulling out the chair and paying for the first date – these are just some assumptions of actions that gentlemen should do. But we also often hear the phrase: “chivalry is dead”. Rather than being a critique on men specifically, it might point towards changing expectations instead.

Nowadays, basic courtesy seems to be what’s expected from both parties, where factors like punctuality and making an effort to dress up are prioritised. After all, you shouldn’t want to get together with someone who shows up in flip-flops and unkempt hair on the first outing. As Justin Bieber once sang, “love yourself”.

“I think neither person should feel entitled to a free meal and it’s courtesy to at least offer to cover your own meal. A guy’s treat is nice, but it’s also meaningless if done insincerely and only for the sake of coming off as chivalrous. I would never expect [a treat] from anybody but I would notice the gesture and it would affect my impression of them”
– Beverly Choo, 21

“I can open a door myself, so why does he have to do it for me? Same for my date, if he needs help carrying stuff, I would help him back. He doesn’t have to suck up because society expects him to “be a man”. It’s a strange toxic mindset for men to think they have to be stronger than females. At the end of the day, we can treat each other as equals.”
– Nicole Yong, 23

2. Should you be upfront with what you’re looking for? 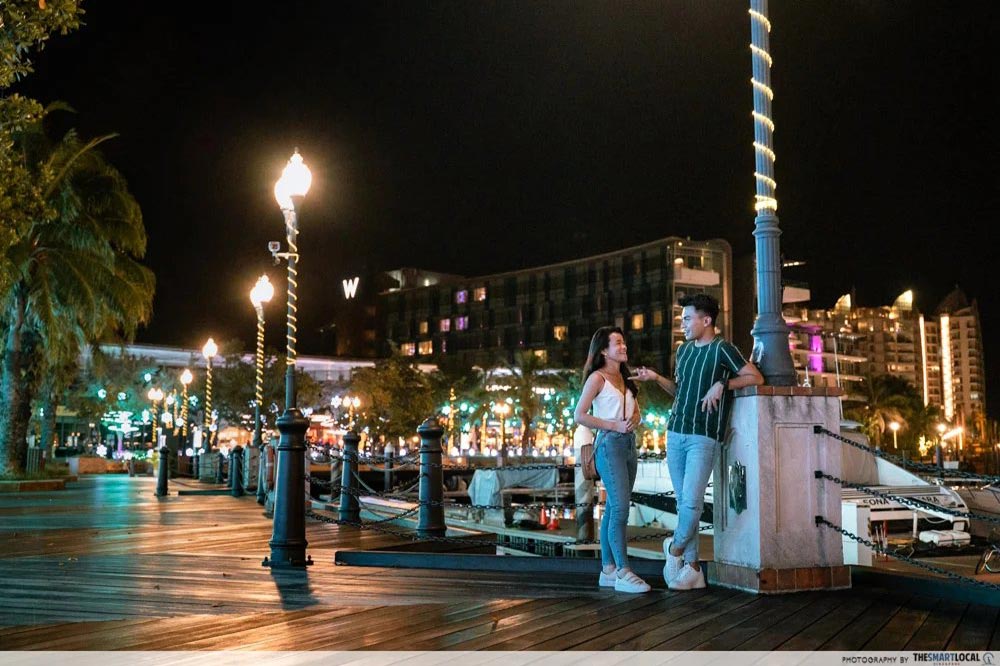 Picture this: you’re on a dating app and you see one of those bios that spell out their expectations like a terms and conditions agreement. To you, it can come across as an immediate turn-off, but there may actually be some value in the action.

For those seriously dating, cutting to the chase with prospective soulmates might be just what you need so you don’t waste time with petty drama and fickle-minded people.

“Yes, in terms of establishing any differing opinions and whether the relationship should be serious or as casual FWBs. But of course don’t be like “Hi I am looking for someone to start a family with!”, because that’s definitely too serious or even desperate”
– Ling Jia Hui, 23

“One should preferably be upfront with what they’re looking for before the first date”, failing to do so might “[waste] the other party’s time and [lead] them on.”
– Cameron Ng, 21

“If you’re upfront during the first date it’s easier to change the direction of [or] end the relationship” – Lim Xin Hui, 20

3. Can you bring up sex on the first date? 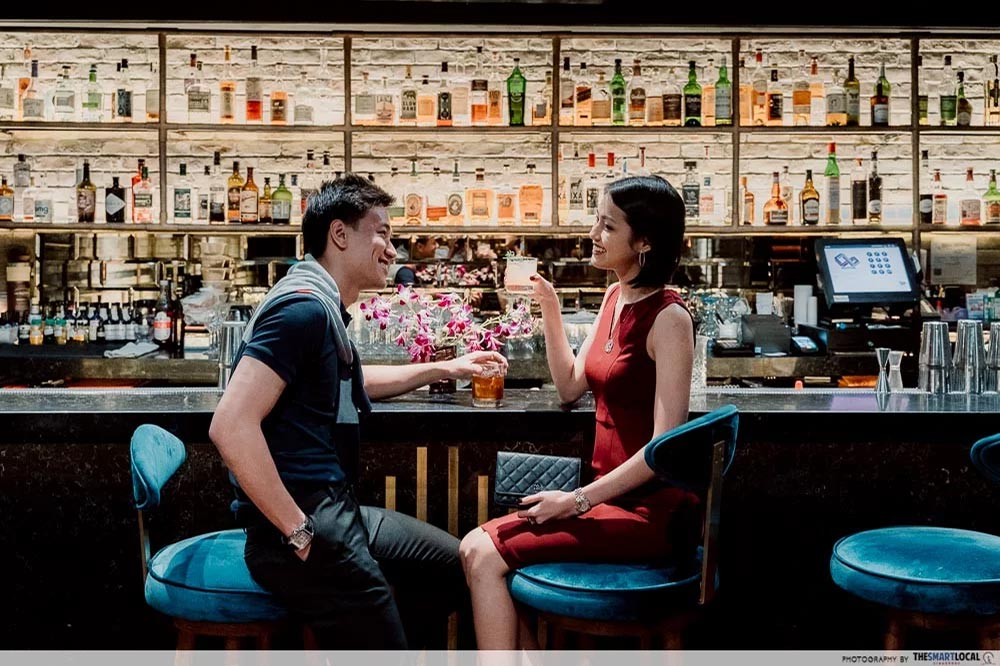 Sex is inevitably a topic that’s on our minds daily; supposedly 19 times for guys and 10 times for females. Hey, we’re only human after all. But broaching the topic during a first date could eventually lead to the bedroom (woo!) or you getting completely ghosted (boo!).

According to a survey conducted by Coffee Meets Bagel and Durex, out of 1,123 CMB daters polled, 54% feel that it’s important to talk about sex with their dates. But, only 23% actually do so.

After all, being forthcoming about sex might give the wrong first impression. This happens to be the number #1 reason why CMB surveyees are uncomfortable about bringing up the topic.

“I have gone on dates where they are too uncomfortable or shy to kiss or even hold hands leh. So I believe personal boundaries should be respected.”
– Cameron Ng, 21

“I think it’s perfectly okay for people to talk about sex on the first date but this has to come up naturally in the conversation. If it’s forced, I’ll think that the guy is quite a creep.”
– Sheryl Tan, 21

“Yes I personally believe you can. Bringing it up also establishes a sense of sexual chemistry. You wouldn’t want to ruin a good date with bad sex!”
– Shane Tay, 25

4. Is it okay to ask about your date’s background like past relationships & STI history? 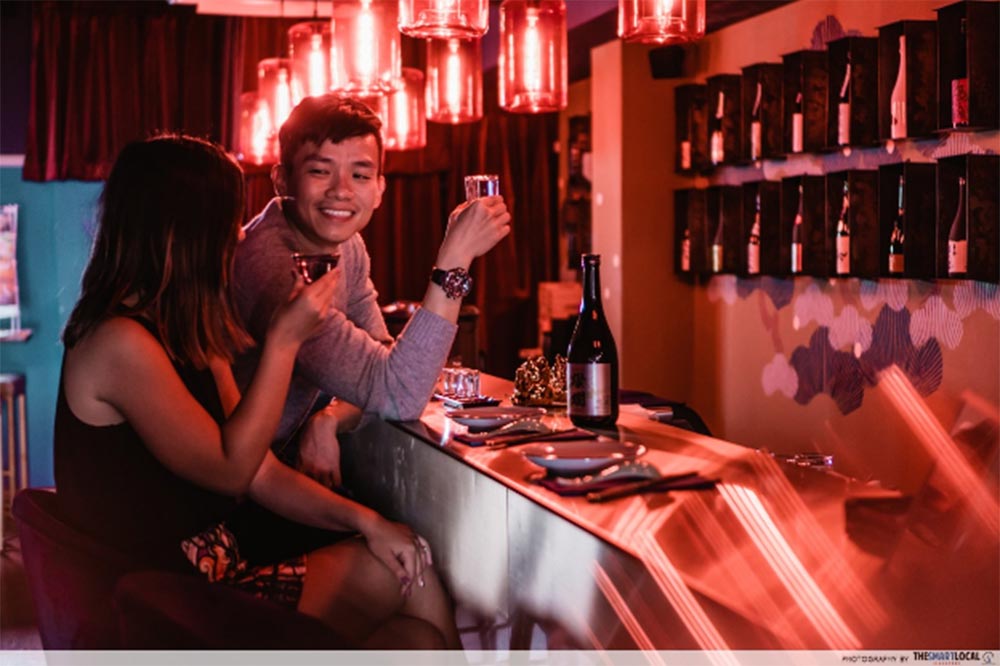 We all have had our fair share of dates who are TMI about their exes, which can easily ruin the mood. But sometimes, it’s a case of “don’t ask, don’t tell”, and you end up with even more questions about them than when you began the date.

While most of us wouldn’t want to come across as probing or kaypoh, someone’s history can be absolute deal breakers for some of us. Imagine: what if they unknowingly pass something on to you? Ugh.

“I don’t think this should be discussed on the first date. However, based on personal experience, I think it should be talked about earlier than later in the relationship. I would say somewhere between the 3rd-5th date. By that point, you would know if that person matches your personality and your lifestyle.”
– Syuhada Subuki, 24

“It’s fine if my date has had many sexual partners before, but I would want to know if he was safe. I think it’s okay to ask about it on the first date as long as you don’t ask in an accusatory or rude manner. Perhaps it can be brought up as something for both to be open about with each other, rather than as a form of interrogation. For example, offering to go for an STI test together.”
– Nicole Yong, 23

5. Am I being presumptuous or prepared if I bring a condom? 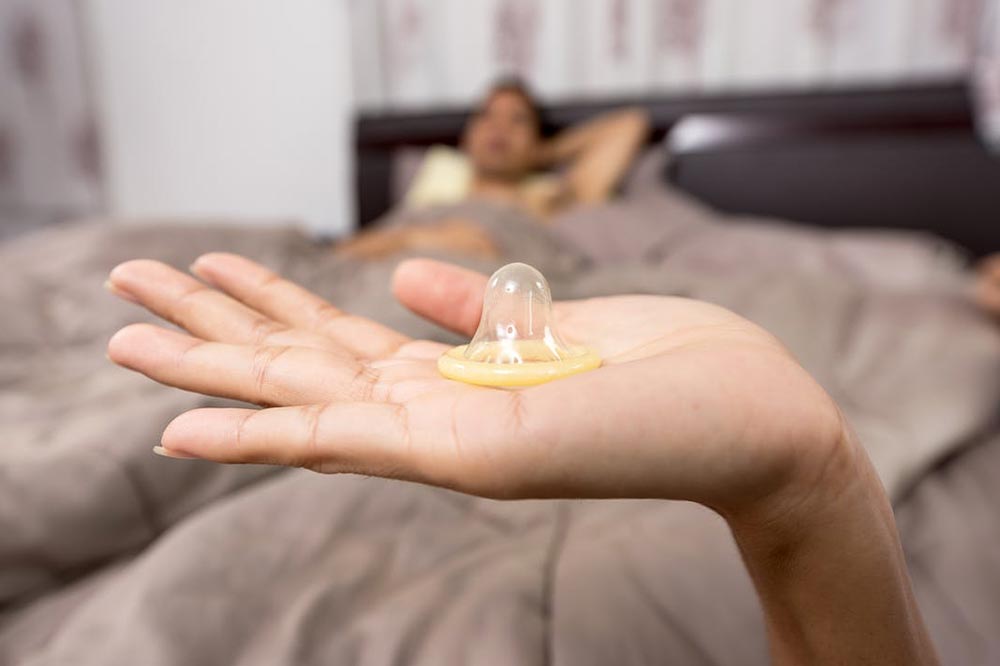 Some guy friends I know keep a spare rubber when they go out for dates – but that might not look good on them if the girl spots the all-too-familiar circular shape protruding from their wallet. It could very well give off the impression that sex or a hook up is “expected” from just a meeting.

But taking a cue from Regina George’s mom in Mean Girls, safe sex is the way to go.

The bottom line is that it’s better to be prepared, instead of frantically getting a box from the supermarket before it closes after agreeing to continue Round 2 of the date in privacy.

Intentions aside, having a condom, at the very least, promises a degree of safety and security no matter what happens.

“Just like how you bring an umbrella out on a sunny day, you should bring a condom [on the first date] too”
– Syuhada Subuki, 24

“I think bringing a condom on the first date is definitely good practice so as to be prepared for any possible situation that may arise – pun intended. I personally am okay with bringing one, or if my date brings a condom.”
– Cameron Ng, 21

“This depends on the relationship between the two parties before the first date, and whether intentions have been established. If I was going on a date with someone who knows I am looking for something serious, and if he were to bring a condom on the first date, I would feel uncomfortable and think he is being presumptuous. However, if I were to go on a date with someone where there is mutual understanding that we’re just down to “have fun, then bringing a condom would be perfectly acceptable!”
– Sheryl Tan, 21

“To me it would kind of show that they practise safe sex. But it could also give the impression that they’re only interested in me physically, which can be hurtful if I had different expectations for the relationship”
– Lim Xin Hui, 20 When it comes to first date etiquette, there is no hard and fast rule. Everybody has different opinions and comfort levels due to varying past experiences – especially when it’s about discussions related to sex. Well, as long as you maintain respect and open two-way communication, positive conversations about sex are becoming acceptable in an increasingly open-minded sociey.

Fun fact: Durex and CMB’s polling in a survey points toward women being more concerned about safe sex practices and their partners STI testing history. Whether questions surrounding these thoughts are raised during their dates is another story, although they are encouraged to do so.

If you’re curious about how Singaporeans tackle tricky dating situations and sensitive topics, check out Durex and CMB’s interview with 6 guys and girls. Questions such as “how many dates to go on before bringing up sex?” were posed, with each participant giving their genuine answer.

Similarly, conversations pertaining to sex should no longer be considered “taboo” anymore. At the end of the day, they’re important to establish sexual compatibility and draw boundaries. Let’s strive to normalise discussions about sex to create a healthier dating environment for all.

This post was brought to you by Durex.
Quotes have been edited for brevity and clarity.
Cover: Source, source, source