Going on first dates can be nerve-racking, especially when you’re trying to make a good first impression. We’ve all heard our share of horror first dates, when things don’t go as planned and it seems like there is no way you’d want to see the other party again. But life isn’t a predictable romance drama—it works in mysterious ways. We spoke to 5 married couples who shared with us how giving their first date a second shot eventually led to marriage, and their top tips to look out for when you’re embarking on a first date.

1. “That second chance was everything. If I had ignored his apologies, the next bunch of meetups would’ve never happened” 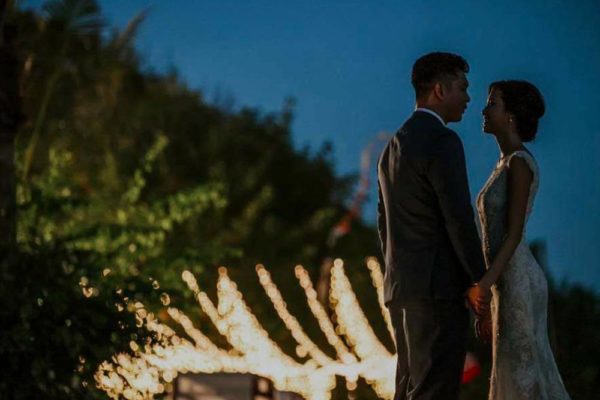 “We were both in our mid-twenties when a friend set us up on a blind date in 2015. He’s from Singapore and I’m Malaysian. I was working in Kuala Lumpur at the time, and he came to KL for Chinese New Year. I refused to go alone, so my friend made it a “casual” double date with another mutual friend. It was memorable because of how awkward the entire thing was, knowing that I was being set up.

During the first date at a fancy restaurant, it was so awkward because he didn’t talk to me at all for the first 20 minutes. Then, he pretended to know the publication that I was working at, even though it was obvious he had never read or seen it before.

I wasn’t interested in dating at the time, so I didn’t want to pursue anything. But apparently for him, it was love at first sight. We met up again in KL with another friend and started a conversation about our past relationships. He managed to piss me off quite badly by making some insensitive comments about my relationship choices, so I got up and left them at the restaurant.

He sent me a long apology after that. A few weeks later, I was going to Singapore for an event with my sister, so I decided to meet up with him since we had some spare time. He made the effort to bring my sister and I around, playing tour guide. I thought it was quite sweet and we managed to have more meaningful conversations over those few days. It was only after I went back to KL that we began texting nearly every day, and it eventually led him to come to KL one weekend to win me over for good.

That second chance was everything. If I had ignored his apologies, the next bunch of meetups would’ve never happened. Although all the instances weren’t typical dates, I think having other people around helped me get to know him better.”

Advice on giving your first date a second shot: “Don’t assume the worst about a person. Don’t go in expecting a second date either; sometimes you have to let things happen organically. And remember to never over-step boundaries.”
—Jessica Fang

2. “He asked me for a second date even though there was nothing special about the first. Since I didn’t have anything planned, I agreed to try again” 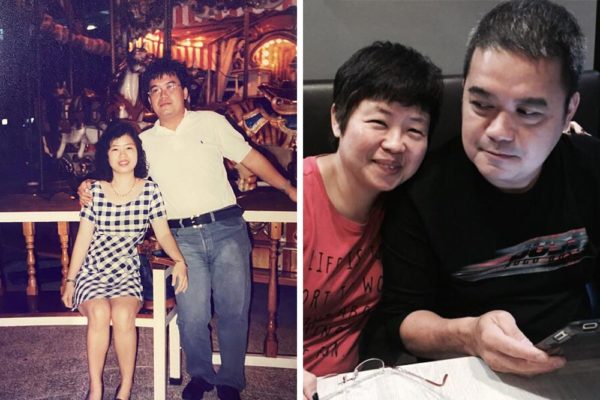 Married for 26 years with 3 kids

“I was 23 and he was 25 when we first met in 1992. His sister and my sister were friends, and they introduced both of us to each other in an attempt to matchmake us.

Our first date was dinner at Pizza Hut and it wasn’t really exceptional. We just talked to get to know each other better, but I didn’t really feel any attraction to him. As I am someone with a very outgoing personality, I felt that he was too quiet during the date. I didn’t want to go on another date since I couldn’t tell how he felt about me. Back then, since I was young, I had high expectations of men and expected to date a better looking guy.

Unexpectedly, he called to ask me for a second date even though there was nothing special about the first. Since my sister went through the trouble of trying to set me up and I didn’t have anything planned, I agreed to try again. The second date was at Shangri-La Café, which was a major upgrade.

I went in without high expectations, but I was impressed because he wanted to buy cakes back for my parents at the end of the date. It was then that I realised that he was a very considerate person for thinking about my family and not just me. When it comes to dating, I am someone who hopes to connect through my partner’s character and moral values. Because of this small act, I was immediately taken by him. Since then, I’ve been happily married for 26 years.”

Advice on giving your first date a second shot: “First impressions are not everything, you should always give everyone a second chance. People need time to warm up and you can’t judge someone based on just one date. Apart from that, remember to give both your partner and yourself a chance to express yourselves.”
—Angie Lim

3. “I went on more dates with him mainly because of his relentless pursuit” 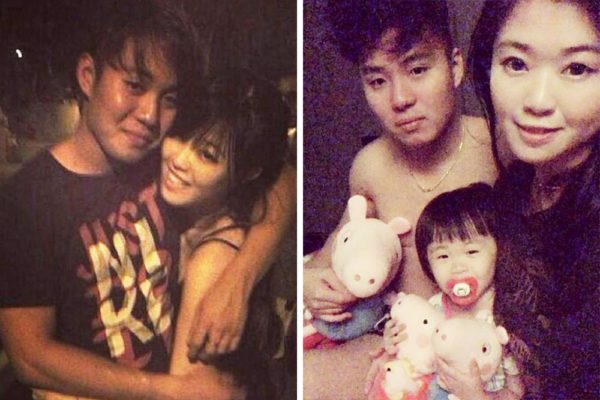 Married for 5 years with 1 kid

“We first met when I was 19 and he was 22, when he finished his ORD in NS. We met at a mutual friend’s Chinese New Year house party. After that, he invited me over to his place for another Chinese New Year party, but I rejected him. He continued to text me, but I felt that there wasn’t much to talk about, so our conversation eventually died off.

Six months later, he commented on one of my Instagram posts and invited me out for mahjong. As I love playing mahjong, I agreed to meet and catch up. It was only after we got together that I realised he didn’t even know how to play mahjong at the time.

I guess our first date was that “mahjong session” because it ended up as dinner instead. I was confused as he didn’t tell me that his friends were joining us too, but I just went along with it. He was late for nearly 2 hours, so I didn’t have a good impression at all—especially since I had to awkwardly sit with his friends, whom I didn’t personally know.

I eventually went on more dates with him mainly because of his relentless pursuit. He would constantly ask me to go out for meals with him. When I mentioned that I wasn’t free on certain days, he would plan for another day instead.

The good part about being young and having an abundance of time is that you don’t really think about marriage as your end goal while you’re dating. Our marriage wasn’t really planned, but after a year of dating, I felt that he was the one for me. He checked all the boxes that I hoped for in a boyfriend, and that was what led me to marry him.”

Advice on giving your first date a second shot: “Don’t worry too much wondering if your date is the right person whom you will end up marrying. These heavy topics will weigh down on your mind and you won’t be able to enjoy your time together. Be open to meeting new people, even if you don’t end up dating them.”
—Jesslynn Tan

4. “When I decided to stop texting him for good, he suddenly told me that he really liked me and would like to go on a second date”

“We were from the same secondary school and met through a mutual friend. The first date was really awkward for me. He asked me out for a study date but we didn’t do much studying at all. We went for dinner afterwards, and I was really embarrassed when he pointed out there were some grains of rice stuck to my hair.

My first impression of him was that though he was very nice, he was also really shy and quiet. We continued to text for a while after that date, but I felt like we wouldn’t work out because of the differences in our personalities. I was tired of constantly feeling that I had to carry the conversation. One day, when I decided to stop texting him for good, he suddenly told me that he really liked me and would like to go on a second date. I panicked and asked my sister for advice. She told me to just go for it since he seems like a nice guy.

After subsequent dates, I found out that he wasn’t actually as soft spoken as I had first thought. He’s just slow to warm up to people and needed time. We started to get along really well and eventually got together. After graduating from school and working, we realised it was time for us to settle down and get married. Looking back, our first date made me realise that sometimes in life, small decisions can lead to bigger and more meaningful things.”

Advice on giving your first date a second shot: “Keep your mind open; don’t walk away just because you see one or two flaws in a person. Even so, don’t confuse flaws with red flags. Red flags look colourless when viewed from rose-tinted glasses, so don’t be too blinded by love.”
—Pamela Goh

5. “I did not go on a second date right after because I found out there was another girl involved” 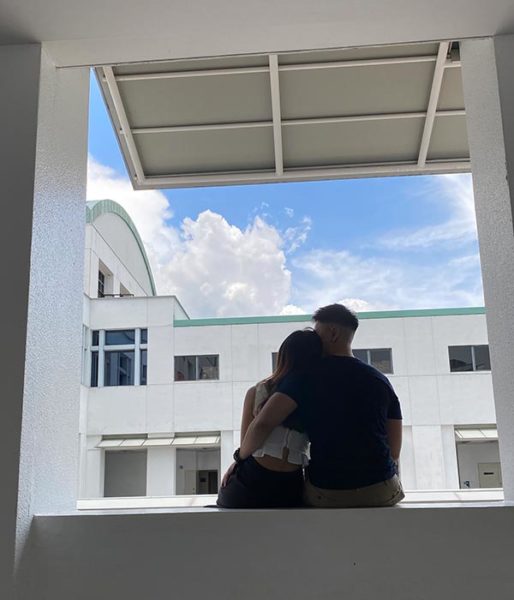 My first date with him was really good; I felt special and prioritised. He was very gentlemanly and pulled the chair out for me when we went to Marché for dinner. After that, we held hands and walked down the streets of Orchard Road, spending quality time learning more about each other.

However, I did not go on a second date right after because I found out there was another girl involved. It was complicated, as I didn’t want to intrude and cause further problems for the other girl as a potential third party. After I found out, I withdrew myself from his life even though it was really heartbreaking for me.

After graduating from secondary school, I was contemplating between going to a junior college or polytechnic. I eventually chose JC because I didn’t want to face him in the same school. He enrolled into business studies, which was my dream course at the time.

It was only after we parted ways that he realised I was the one for him. He confessed and explained to me that he had nothing to do with the previous girl anymore. I felt like it was a gamble to go on another date because this relationship might not even work out. After all, it had already been a few years since our first date. But eventually, I took that leap of faith and it all worked out in the end.”

Advice on giving your first date a second shot: “Be confident in yourself, don’t be afraid to follow your gut feeling and take risks.”
—Erica Tan

None of us can foresee the future, and we’ll never know when the smallest decision could lead to some of the best outcomes in life. These married SG couples teach us that everybody deserves a second chance to show their true selves, especially when it comes to love.

All photos courtesy of interviewees.