Georgia Caney moved to Singapore 4 years ago, when her boyfriend was offered a job here. When he first floated the idea of moving, she cried.

“He wouldn’t move without me, but our plan was to settle down in London.”

She describes Hertfordshire county where she’s from as an idyllic countryside that strangely resembles the suburbs of Japan, a stark contrast to the bustling city of Singapore.

“I had no idea where Singapore was at that point.”

Her parents encouraged her to take the leap despite her apprehension. They had travelled throughout Asia when they were younger and loved it. With her family’s encouragement, she hopped on the plane to the Lion City.

Growing up in the UK, Caney had always wanted to live in a place with palm trees. During the winter months, she would get Seasonal Affective Disorder (SAD), a condition where one begins to have low energy and low moods because of the lack of sunlight. Obviously, this disorder is foreign to us Singaporeans, but it can be a real damper.

While Singapore is not exactly Hollywood Hills, she appreciates the year-long summer temperatures despite the cloying humidity. “One of the first few days when we were having lunch [at work], we all sat around and got our meals. But everybody around me began talking and joking in Singlish. I couldn’t understand anything and it felt really lonely.”

That was one of her low points after moving here. It must have been ironic that even though everyone was speaking English, she could not understand them and their humour.

4 years later, while Caney will never sound like someone who grew up in Toa Payoh, she can understand Singlish very well these days.

“Is that what you call an ah beng?” She asks quizzically, while describing the only incident when she got catcalled, something that happens often in the UK.

The first few Singlish words she learnt? ‘Can’ and ‘cannot’.

These are proper English words but the way Singaporeans use them can be confusing to a non-Singaporean like Caney. In Singapore, ‘can’ is used to mean ‘yes’. In England, ‘can’t’ is always used instead of ‘cannot’.

To better understand Singlish and our flavour of humour, Caney also watched videos by Singaporean YouTubers. Her strategy worked out well. Today, she boasts almost 70,000 subscribers on her YouTube channel. What a feat!

On her channel, she shares what she has learnt in Singapore, such as what not to do as a foreigner living in Singapore and her experiences like trying British hawker food in Singapore. Her fans enjoy her upbeat personality and seeing Singapore through the lens of a foreigner.

“Do you all go to some sort of an influencer convention?” I ask.

She laughs and clarifies that she has only met a handful during media events. She’s not totally comfortable with the term ‘influencer’ as it seems to describe “somebody prancing around in a bikini getting free stuff, who doesn’t work very hard.”

The term ‘YouTuber’ is more appropriate.

“YouTubing is actually quite solitary. You just talk to a camera, which is very different from facing a crowd,” she confesses.

She describes herself as shy, but acknowledges that Singaporeans have a harder time with eye contact. Sometimes, her local friends tell her, “We’re so jealous that the British and Americans are taught to be confident, while we’re not.”

However, she denies that there is any concerted effort by parents to build confidence in their children; rather, it is something that probably just happens naturally in a more outspoken culture. “I know lots of my friends don’t mind that term at all, but I have started to feel more conscious of it lately.”

It started to bother her when, 6 months into her job, she kept being referred to by others as ‘that ang moh’.

“Is that all I am to you? It made me hyper aware that I will never be one of you. Singaporeans have never heard from an ang moh’s perspective. And on the news headlines, sometimes the term is used negatively. Like how the ang moh did this and the ang moh did that.”

I reassure her that the term is not a slur and doesn’t have any negative connotations. However, there is possibly some leftover resentment from the ’90s, when it seemed like most Caucasians were given luxurious expat packages. On top of that, a few bad eggs with a false sense of entitlement might have tarnished the image of Caucasian expats in Singapore.

From my exchange with Caney, I can tell she is a sensitive and considerate person who might feel maligned for any negativity expressed towards Caucasians like her.

While there are stories of Caucasians who gained perks due to their race alone, it has only worked out disadvantageously for Caney and her boyfriend. Once at a hawker centre, a vendor asked her boyfriend for $5 when the printed sign clearly said $3, but he was too polite to clarify.

As for Caney, “I have a thing with taxi uncles,” she says, before explaining that they always try to chat her up. Once, a driver even asked her to be his girlfriend and claimed that his wife wouldn’t mind. 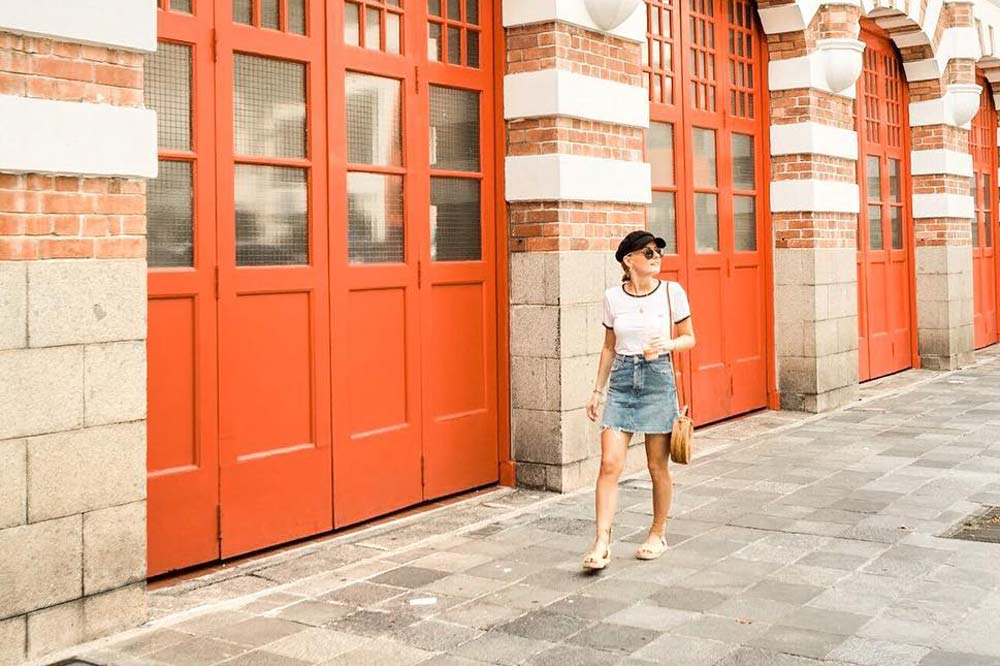 “What are your future plans?” I ask as we are about to wrap up.

While her boyfriend and her have entertained thoughts about settling down in Singapore, they will be moving back to the UK in a couple of years.

“I want to start a family and, of course, my family’s there. Most of all, I want to give my children a childhood. The kids here study too hard. I always hate seeing students studying in McDonald’s. Do you think schooling is tough here?”

I nod in agreement, recalling my traumatic time in junior college.

She describes fond memories of travelling to the beaches in England and running about in the sun. She laments that these days, kids don’t play in the streets anymore but are hooked to their devices.

For now, she hopes to make the best out of her time in Singapore, improving her Singlish and getting to know the local culture better.

Her first 6 months here were incredibly tough, but she says, “I don’t regret moving to Singapore one bit, it has been the best experience ever.”

All photos courtesy of Georgia Caney