Getting Diagnosed With Alopecia

Like most of us, Adeline was a regular kid in school — having fun with friends and participating in extracurricular activities was pretty much her life. Which was why getting diagnosed with an autoimmune disorder at age 19 was something she never saw coming.

Alopecia, a condition that causes irrational hair loss, hit Adeline without warning and steered her life down a new path. There is no denying that hair is an important asset to most women, much less an adolescent with big plans ahead of her.

However, through all of the relapses and setbacks Adeline has faced, she continues using her experiences to become an inspiration to fellow Alopecians and young people in Singapore. Read on to find out more about Adeline’s journey.

Her career aspirations & being diagnosed with Alopecia Pre-Alopecia Adeline with her coursemates in school

Being bullied in school isn’t an uncommon occurence, but turning that negative experience into strength is something to admire. Adeline was no stranger to nasty remarks in secondary school, who overcame them with even more laser focus on her passions: Science and her CCA of Red Cross. 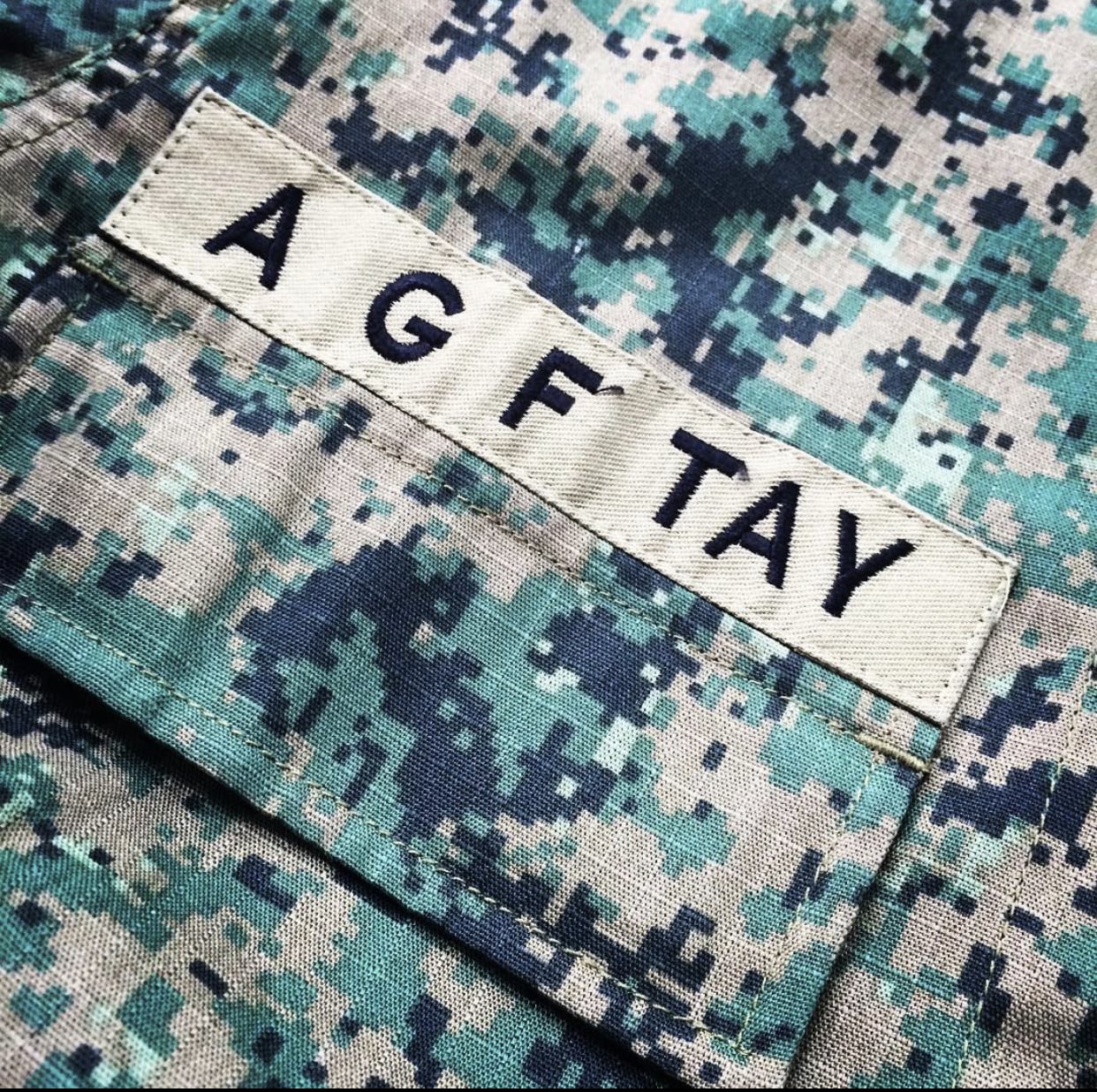 Her interest in giving back to society extended to a decision that would take most Singaporeans by surprise but would likely make Jack Neo proud — National Service.

With a head full of hair and fuelled by curiosity, Adeline made the big decision of enlisting in the Army full-time and serving the country. She started out as a volunteer in the SAFVC for four years and decided to sign on in 2020 despite her condition.

“To be a volunteer, you will have to be enrolled into the army. So technically I enlisted twice, once as a volunteer, another as a regular.” Adeline shared.

Though she’s no longer serving in the force, Adeline still actively participates in SAF open houses and maintains close contacts with her BMT mates. 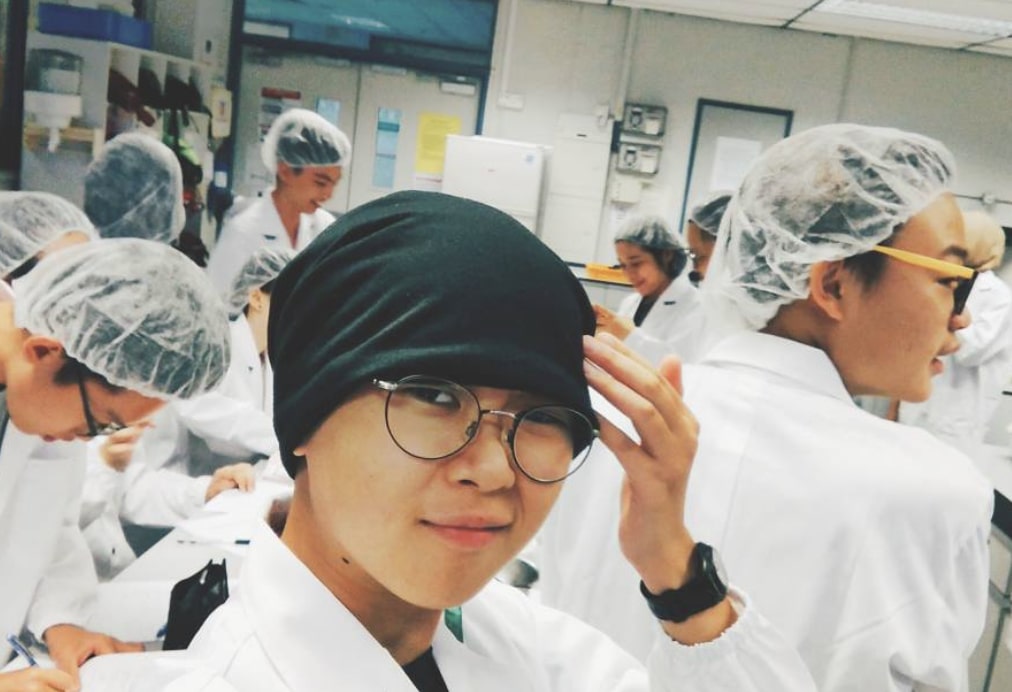 But while most males are forced to shave their head upon enlistment and females are exempted from this rule, Adeline faced hair loss in a way she never expected.

First discovered by her hairdresser, Adeline was informed of a bald spot forming, about the size of a 20 cent coin. Over time, she started losing more hair but she wasn’t too bothered by it as she thought she was just stressed out from exams.

The rapid hair loss started to kick in 3 weeks later as Adeline was losing clumps of hair in the shower. She would find strands of hair everywhere — each time she brushed her hair, even more would fall out. 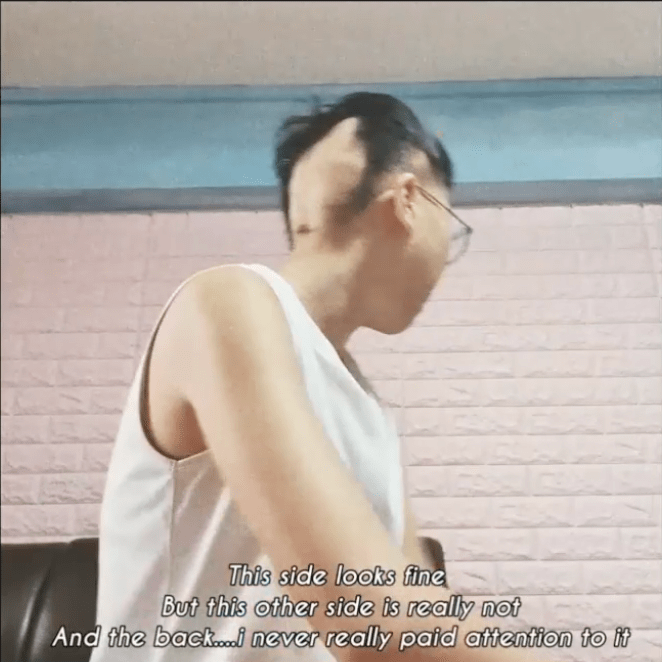 In mid-2016, Adeline was diagnosed with Alopecia Areata which is a condition that results in random bald patches. For the unacquainted, there are actually multiple types of Alopecia that affect different areas of your body. Adeline’s condition quickly worsened as it evolved to Alopecia Totalis — the complete loss of hair on one’s head, including eyebrows, eyelashes and even nose hair. 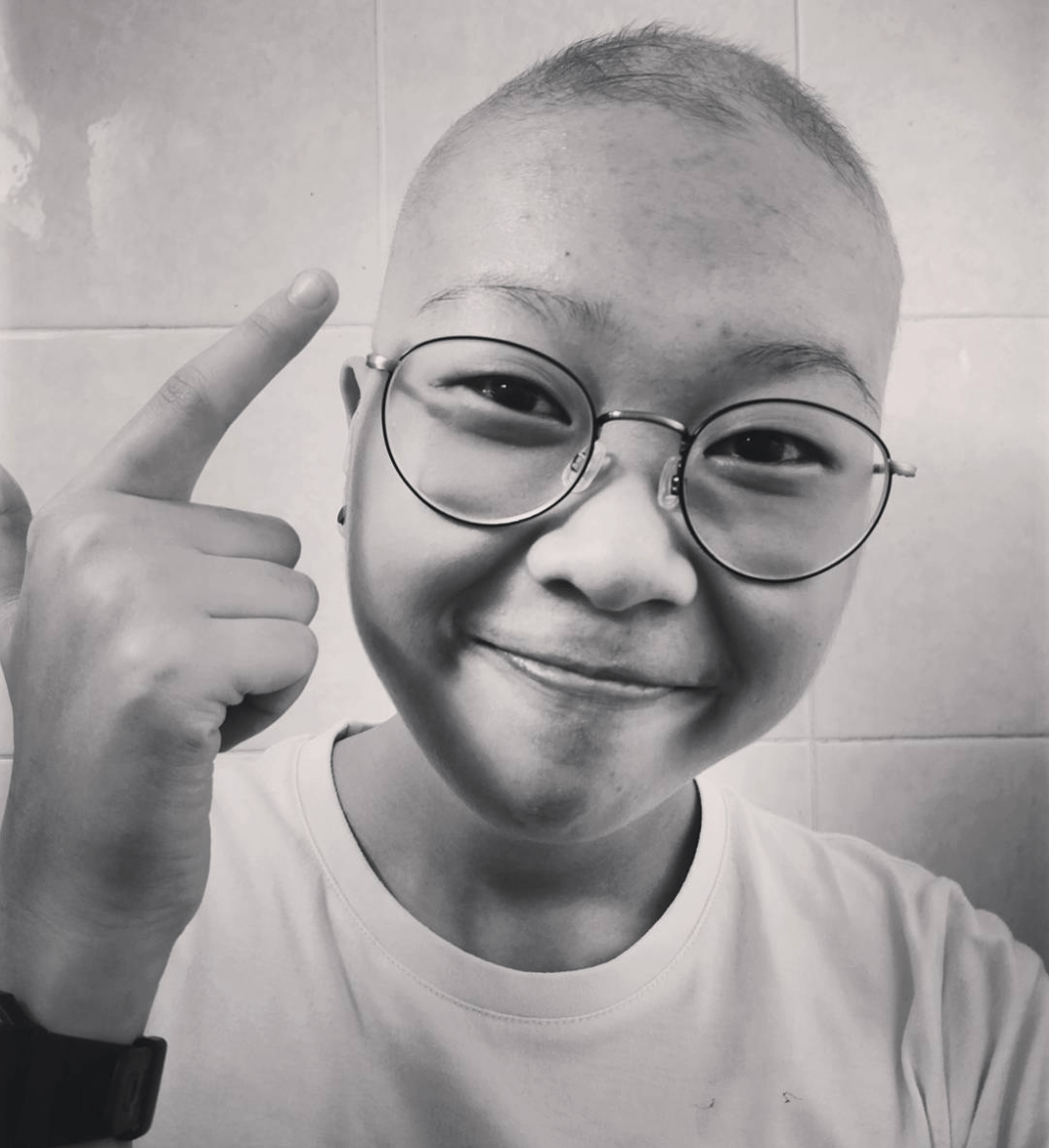 Within the span of two weeks after being diagnosed, Adeline had lost all of her hair and she described the whole process as “mentally draining” since she barely had time to process everything that was going on.

“It was so tough because I couldn’t even look at any surface that reflected my image,” Adeline shared, “I wasn’t able to accept that this is who I had become.”

Struggling with and eventually embracing her condition

Living with such a condition as Alopecia comes with its own set of interesting encounters. Adeline confessed that due to her short hair, she has been mistaken for a male and questioned about her sexuality by people she didn’t even know.

Initially, she felt hurt but as time progressed, she learned to be more open by looking at things from a different perspective and aimed to educate their ignorance instead. Adeline also credits her sense of humour to be another way to mitigate the awkward encounters.

Apart from unwanted social interactions, the condition also brings about multiple relapses within a year. Imagine being able to grow back your hair after losing everything, just for it to all disappear again — that is what Adeline experiences on the regular till today. 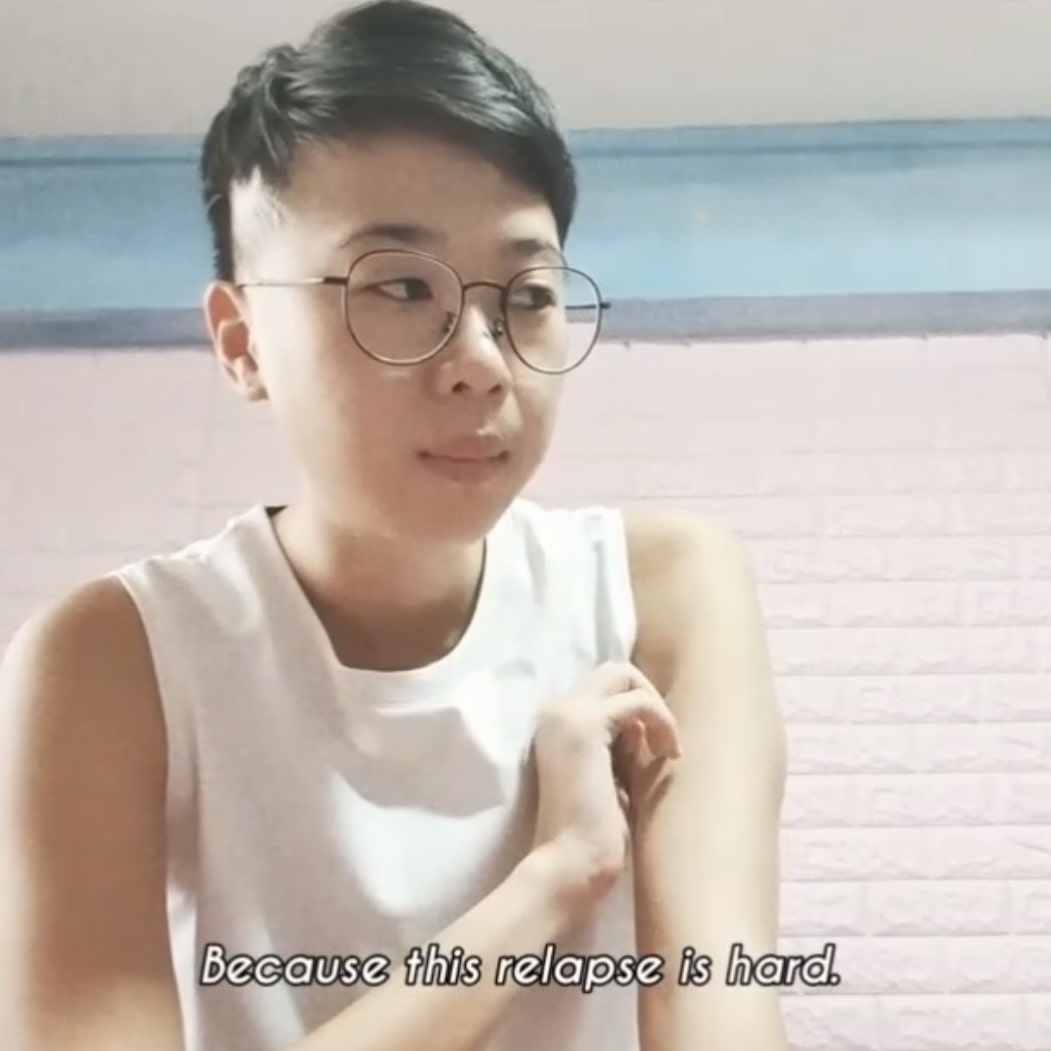 However, every time her hair grows back was motivation for Adeline to keep going. She often looked back to when she was able to tie up her hair and even comb through it, wondering what life would have been like without the disease. 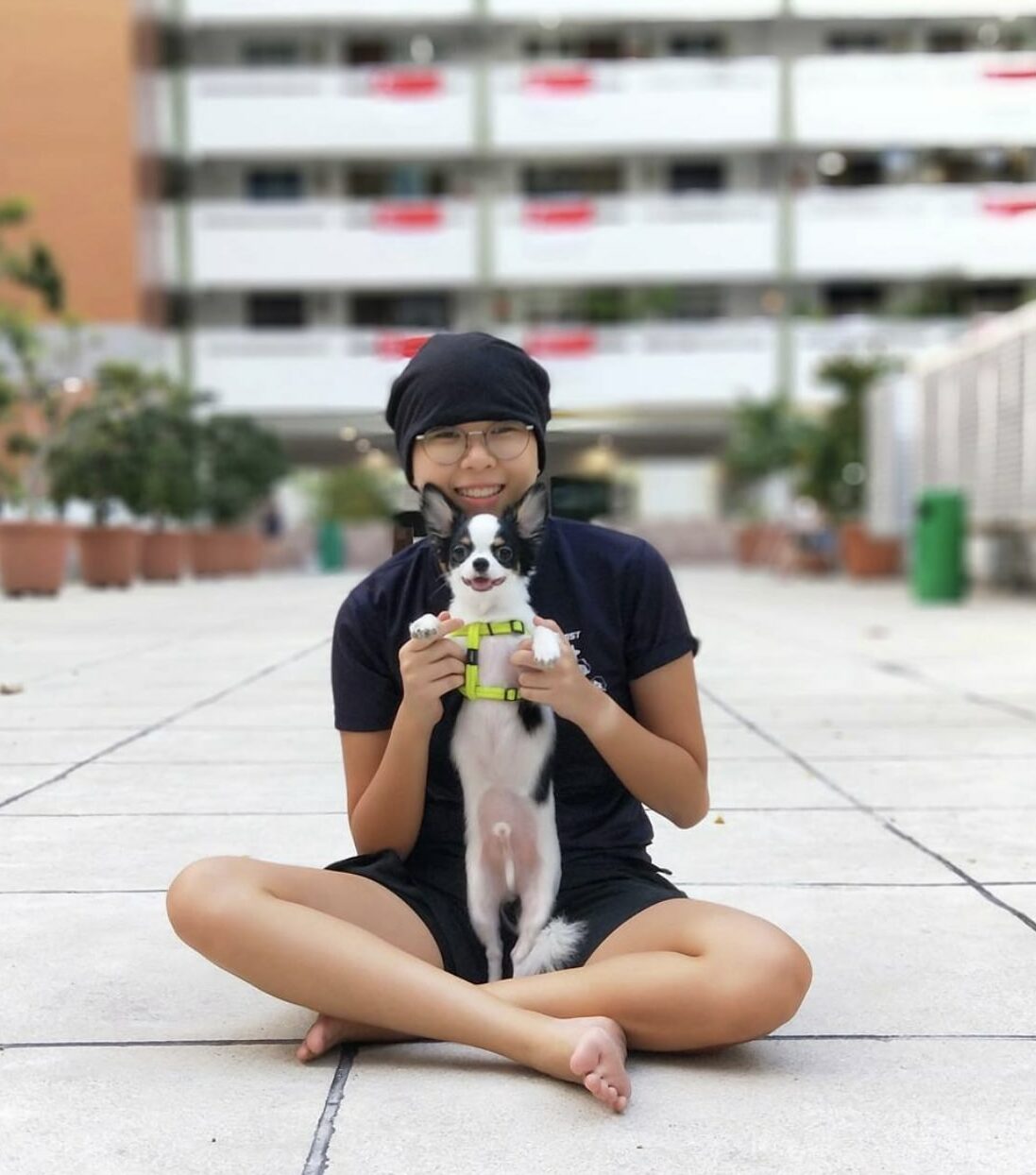 Adeline with her dog Finley

As Adeline struggled with her condition, it took a toll on her mental health as well. But her source of strength? The support of her family and friends, as well as her dog Finley, to comfort and reassure her.

“It’s a daily effort to remind myself that I need to love and appreciate my body for what it is today,” Adeline commented.

Over the years, she has made it a point to pick herself up, and despite the bad parts, she is grateful for the experience and lessons that she has learned.

Using social media to get her confidence back 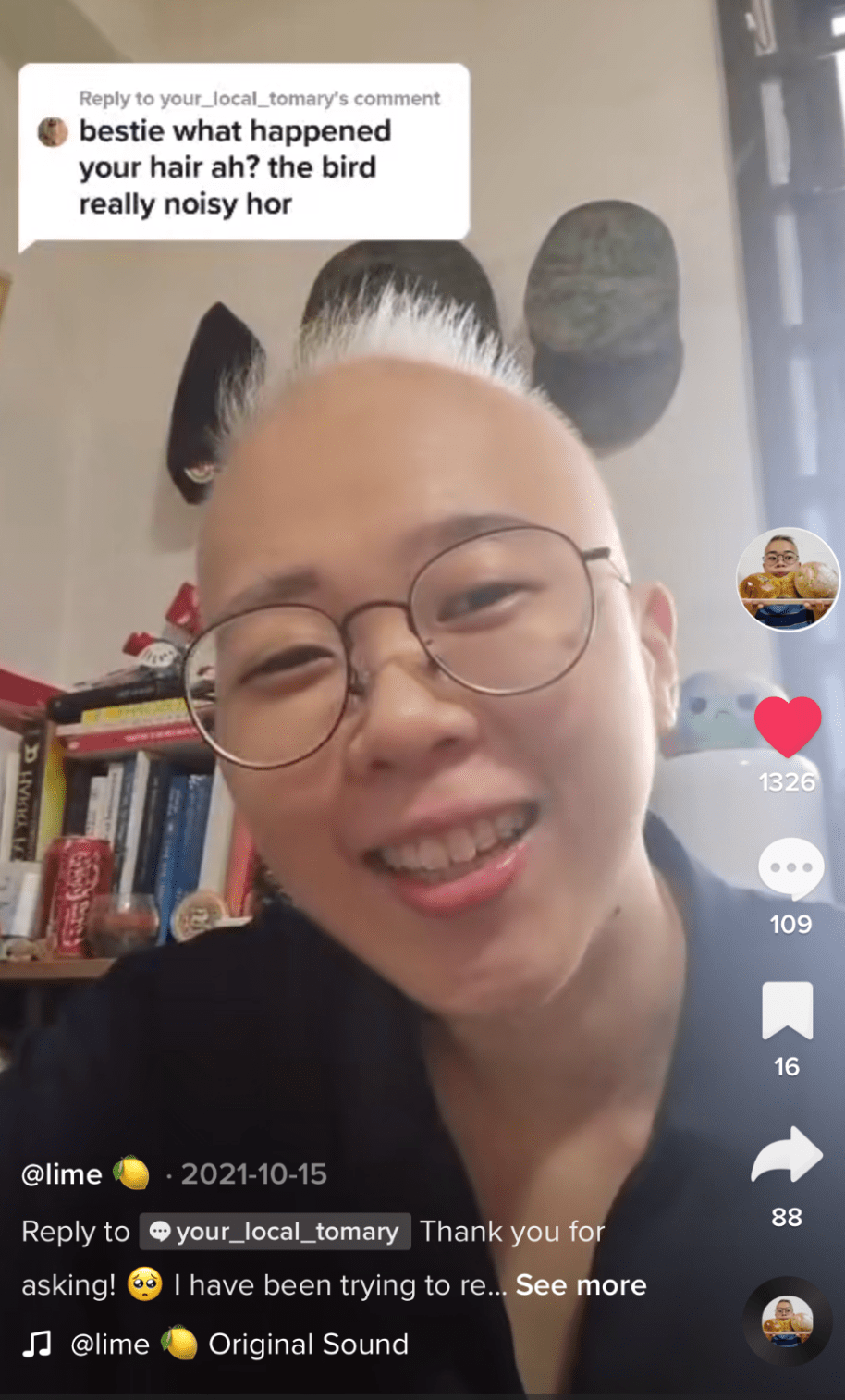 While social media can be perceived as toxic to some, Adeline uses her platform to spread positivity – TikTok, to be precise.

First going viral for her hilarious video featuring a Koel Bird sighting, her other videos started gaining traction due to her unique appearance. Many were leaving comments asking about what happened, which created a chance for Adeline to shed some light on her autoimmune condition.

As she started putting out more content of herself living life as an Alopecian, Adeline’s audience became even more interested. And the more people Adeline reached, the more empowered she felt. Over time, her self-esteem and confidence grew bigger with the support that she was getting from her followers. “I was initially quite conscious about the way I look because it does make a noticeable difference,” Adeline shared, “but ever since I decided to post about my condition on TikTok, I was able to be open about it, and it did help me to better cope with the ongoing changes.”

Through her videos, Adeline hopes to better the experience for other Alopecians out there, especially for those who got recently diagnosed, as she would have wanted the same for her old self when she first got her diagnosis — to have someone to relate to. 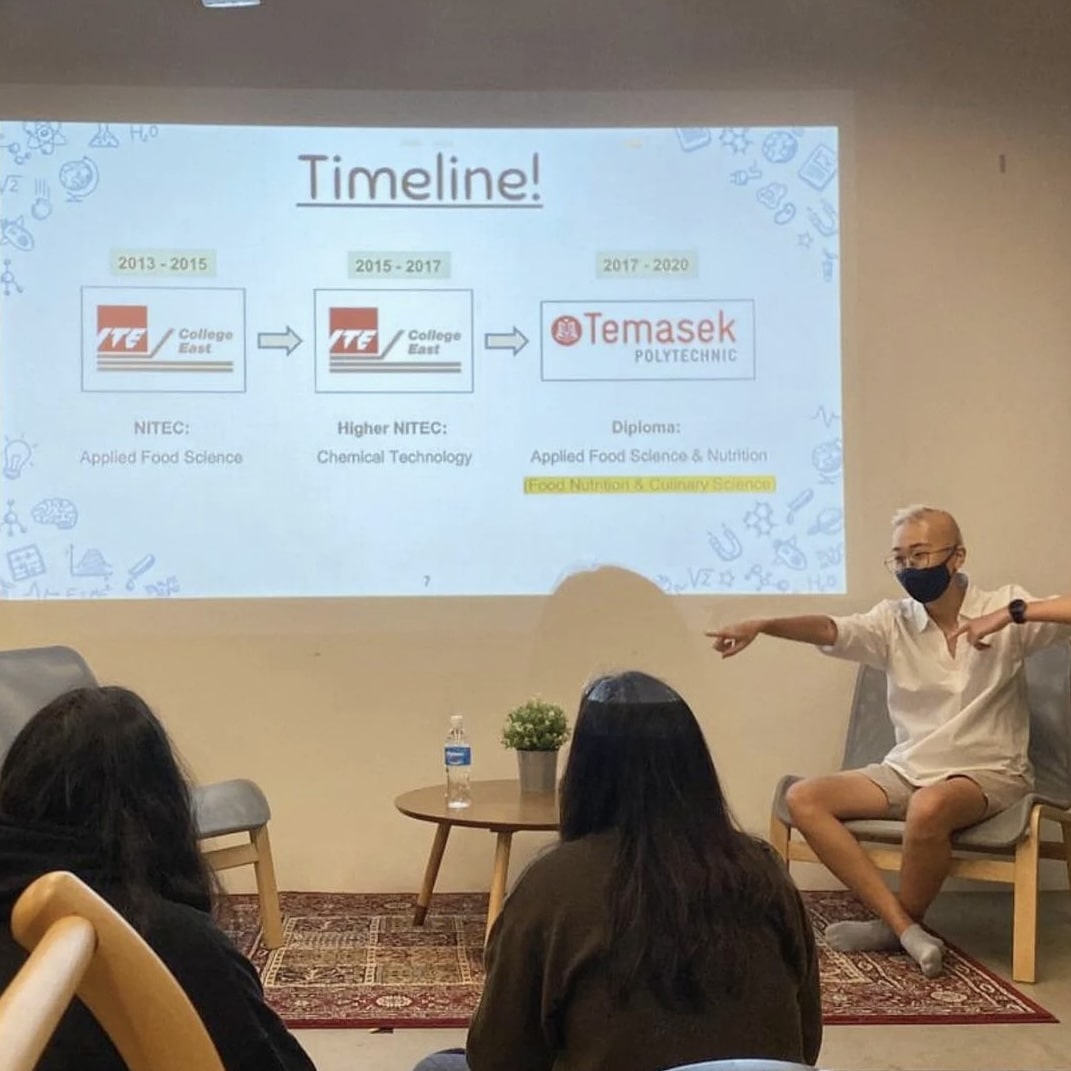 Adeline sharing about her experiences at a talk

Turning an insecurity into something that gives strength and inspiration to people is no easy feat, and not something that 19-year-old Adeline would have imagined being able to do. Adeline now appears on various platforms like TikTok and YouTube frequently, imparting motivation to those going through difficulties in similar ways.

It’s been 6 years since Adeline was diagnosed, and what a roller coaster ride it’s been for her. With each regrowth cycle of her hair, her family and peers continue to get their hopes up, thinking that she might recover fully. But with each relapse, they can’t help but to feel disappointed again.

These experiences have taught Adeline to better balance her own emotions. During our chat, she beautifully compares her hair to seasons and describes her condition similar to leaves and flowers, as they bloom in spring, wither away in fall and eventually, winter will come and she will be bald again. When asked about how she stays committed to be positive, she comments that her strength doesn’t just come from her own willpower but the encouragement others have shown her too.

As a 25-year-old now, Adeline often jokes that she is still just a kid trying to navigate her way through life. However, the amount of hardships she has gone through is beyond what most older people have experienced, and has toughened her up and filled her with so much positive energy.

As for what’s next for the brave survivor, she hopes to continue to using her platform to do good by spreading positivity and raising awareness on things that are important. She is currently also sharing her 5th relapse journey on TikTok so that others would be able to understand the ups and downs of alopecia.

Adeline’s Story Shows There Is Hope, Even If You’re Diagnosed With A Life-Altering Disease

Even if your situation seems bleak, there is always a way to turn things around by looking at it from a different perspective. Adeline has shown us that despite getting diagnosed with an incurable disease, she has managed to stay positive and still spread good vibes to people around her.

There is no sugarcoating it — bad days are inevitable, and the journey ahead is not always going to be predictable or smooth-sailing. But as long as you have the right mindset, you can pick yourself up and try again.

Check out Adeline’s TikTok page to keep up with her life as an Alopecian in Singapore.

All images courtesy of Adeline.
Responses have been edited for brevity and clarity.

This Woman Survived Cervical Cancer At 37; Shares How Regular Screening Saved Her Life