When she was 27 years old, Gillian Tan took the risk and started an online TV network which raised eyebrows. People questioned, “How do you make money if the content’s free?” Fast-forward a decade, Clicknetwork has grown to be the first Youtube channel in Singapore to hit one million subscribers.

Despite the heavy rain, she arrives on the dot and introduces herself with a confident smile—two words: #ladyboss goals. According to her team, you’ll never find Gillian out of her calm, confident composure even if a footage gets deleted. “If something screws up, there’s no point shouting and making someone feel worse than they already do. It’s about finding a logical solution,” she explains.

Every ending is a new beginning

Gillian:
In 2000, I graduated from university and worked for an advertising agency in San Francisco for three years, where I edited television (TV) commercials in their broadcast department.

In 2003, I moved back to Singapore. I wasn’t keen on entering the local advertising industry as most agencies focused on print rather than TV commercials. My passion was and still is in videos so I decided to dive into TV. Choices of production houses were limited back then so I worked for Mediacorp on an ad hoc basis.

My parents were both entrepreneurs so they eventually spurred me on to create my own production company—“Just do it la. Aiyo!” they said. So I got $10,000 from my mother, a digital camera from my father and founded a video production company, Munkysuperstar, on my laptop.

Back then, there were popular reality shows in the States such as ‘The Bachelor’ that I found were lacking in Singapore. So I grabbed four guy friends to compete for a date with one of my girlfriends, filmed and edited it to a 24-minute episode and slipped the tape to Mediacorp. They were sceptical of how it would work in Singapore but I said, “Just take a look at it.” Mr Ng Say Yong—my benefactor and the co-founder of MM2 Entertainment today—gave me a shot with 6 episodes! With that, Singapore’s first English reality dating show and our first series, ‘Eye For A Guy’, was born.

In 2007, I started Clicknetwork while I was still producing TV shows and only focused on my company full-time when it was self-sustaining three years later.

To bring my creativity online just made business sense. To get a show aired on TV, there are many channels you’ve got to go through to get it approved. After rounds of eyeballs, your idea could be killed off—it’s frustrating in the creative aspect. There’s also a limited fund to produce TV shows in Singapore, so not many shows can be produced for each channel. Whereas on Youtube, there’s meritocracy. You produce shows that reach viewers directly! 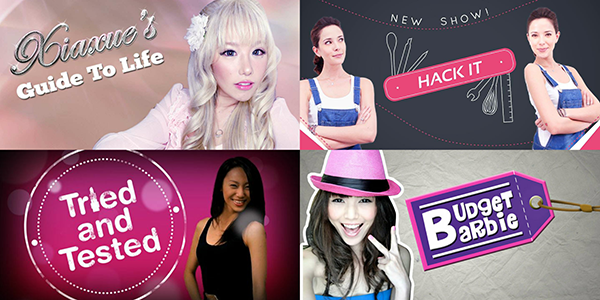 Our first Youtube channel got terminated. Back then, if anyone flagged your video three times in a row within a certain period of time, your account would get terminated without recourse.

Someone flagged our videos which included a clip of Xiaxue doing a fishtail braid—it was obviously done by a hater. But our channel got terminated immediately! I was so pissed off because we lost all our videos and subscribers, and Youtube’s team was too small back then so we couldn’t reach anyone inside. We eventually left Youtube and switched to Vimeo till, in 2011, Youtube picked up traction and made improvements that got me back on the platform.

A typical day in Gillian’s life

On a typical day, I wake up at 8.00am and get to the office at around 10.00am. While getting ready for work, I listen to Kiss92 to keep up with what’s happening, have breakfast and surf the net to stay updated with the latest trends. Once I reach the office, I’ve got no down time—I’m replying emails, attending meetings and watching edits. Just a few days ago, I had to fly to Los Angeles for a Youtube summit and spent more time in the plane than actually getting there.

How teamwork should be

I see myself less of leading the team and more of working together. I don’t always have the best ideas and it’s important for employers to be open to their team’s suggestions. After all, I’m getting old and “irrelevant” as compared to the young ones who have fresh perspectives! This way, we can bounce off one another’s ideas.

It takes a certain type of personality to work in our environment because we wear so many hats and we’re such a small team. When it comes to staff dismissal, I usually give a person 6-8 months and feedback to improve themselves. If it still doesn’t work out, I’m not afraid to tell the person to leave. There’s no point in making someone stay if there’s a misfit between the person and the company, or if they’re dragging the team down because they’re not doing their work.

I’ve also been lucky to have a team of individuals who are smart and able to separate their emotions from work. Members who are able to say, “This person has a better idea. Let’s go with it instead of mine.” There are no egos in the office, and that’s very important to me. 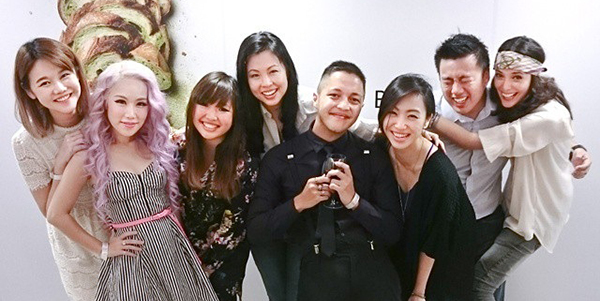 There isn’t a checklist for me to decide what’s my next video idea but it has to be something I want to watch. I always ask myself, “If there are a thousand videos online, why would people watch ours instead of the other 999?”

The show also has to make business sense. It varies but I usually try to give a show 20 episodes to see if it’s profitable. If it doesn’t work out, we’ll move the host to other programmes if they want to. I see my hosts as friends and try to make things work as much as I can. I trust the team to make decisions. Unless I feel very strongly against an idea, I’ll just go with it.

Dealing with hate, drama and problems

For the past decade in the media industry, there’s always been hate. We’ll respond to comments about misstated facts that place our hosts in a bad light. But for things like, “you suck” “you’re so ugly” etc., we’ll brush it off. To survive in the industry, you need to accept that you’ll never please everyone.

When shit happens, my first reaction is to solve the problem. I’d rather figure out how to salvage the situation and move on from there than spend time pointing fingers and playing the blame game.

On her choice to not have kids

Personally, I don’t intend to have kids. Kids bring joy and pride, but at the same time, they bring stress and worry.

I don’t want to give up my career and freedom. I know that if I were to have kids, I’ll have to give a lot of that up, and I’m not ready for that. I believe not having kids is a responsible choice if we can’t give 100% to our kids even if society tells you otherwise; it’s like telling girls that when they grow up, they can either be a teacher or a nurse. But no, I want to be an astronaut!

I like how my husband and I can go, “aye, you wanna go to Europe?” “Aiya, yolo la! Let’s do it!” We do it because we can. But things would be so different if we had a kid—we’d worry and we’d feel guilty. 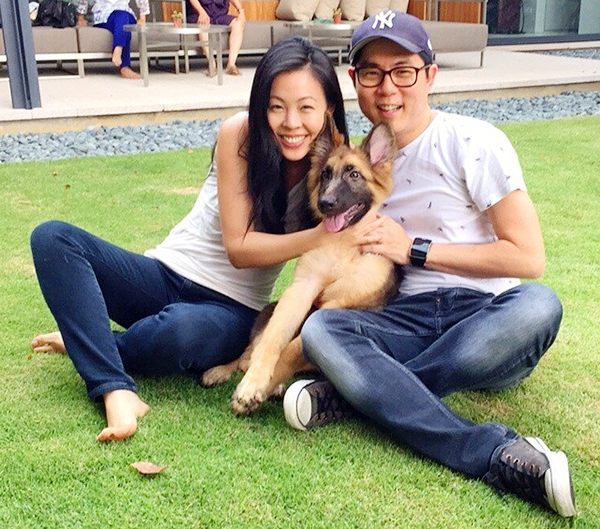 2. It gets better. Don’t let others affect you because ultimately, what people say has no bearing on your life. You can’t please everyone anyway. Just be yourself, do the best that you can and be a good person.

The road to success is always under construction. If you’re resourceful and hardworking with the drive to succeed, there’s no dream that’s too big or impossible to achieve.

Related: 30 Singapore Startups By Female Founders Who Prove Ladybosses Are The Best