Growing Up With An Absent Father

In Singapore, the concept of a nuclear family is something that is ingrained in us since young. Anything that strays beyond – or having less than – a mother and father at home feels foreign to look at, let alone talk about.

That is why when we spoke to Chloe, a 24-year-old content strategist in an Ask ZULA episode, she opened up about the struggles of coping with her parents’ divorce and discovering her father’s second marriage all by herself.

From how it affected her mental health to having her mother as her biggest support system, Chloe shares her story in hopes that more conversations about non-nuclear families can be encouraged in Singapore.

Parents’ divorce and dynamics with dad 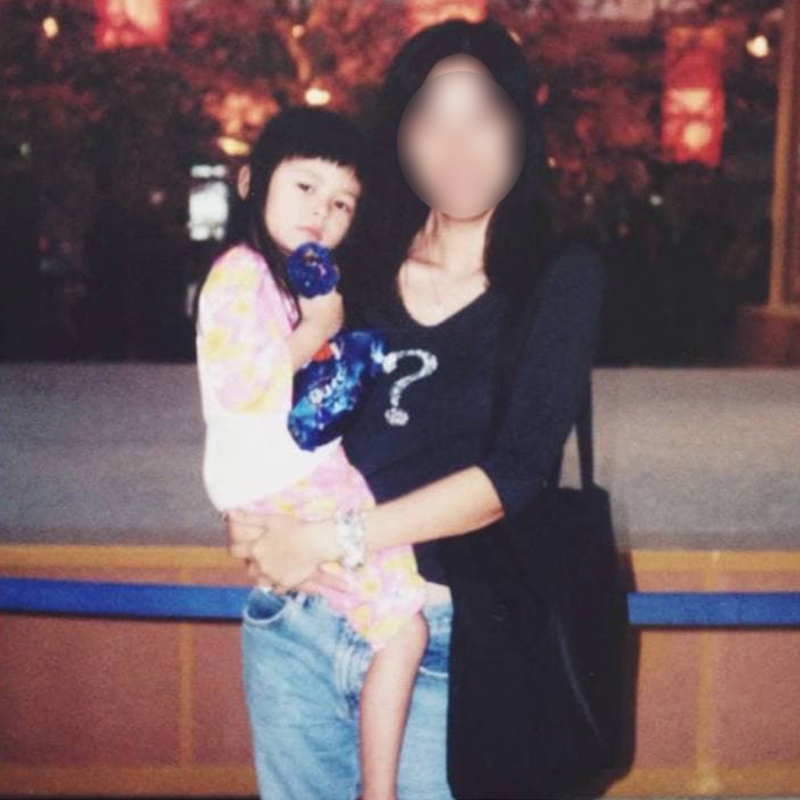 Chloe and her mother when she was young

While divorce is something that has become less taboo in today’s society, it’s still not a common subject brought up, especially among older, traditional generations.

Chloe’s parents divorced when she was at a young age of 3, meaning that her parents had already been living apart since she was 1. Despite them being apart, Chloe’s father still continued to visit her at least once or twice a week.

This arrangement felt fine for Chloe since she had to go to school on weekdays anyways. Plus, it didn’t seem like a big deal then, as she was still too young to truly understand the situation. “As a kid, you don’t really think much about it”, she shared.

She didn’t doubt her dad’s love for her though, as he still tried to spend time with her despite the circumstances. He even took her on a trip to Australia for 3 weeks when she was in kindergarten — a memorable childhood experience for Chloe even up till today.

But when she turned 6, Chloe’s father suddenly announced that he was moving to China for work. Even with the long distance between them, they still kept in contact, often by talking to each other over phone calls. Eventually, their conversations moved onto emails as she got older, keeping her updated about his life through photos.

Finding out about her dad’s second marriage 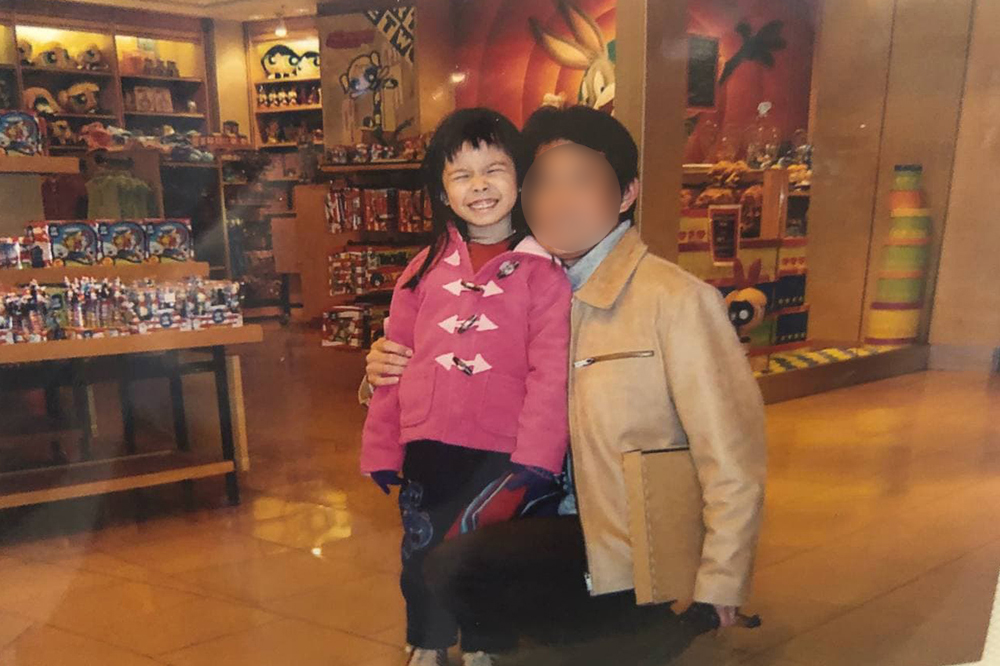 Chloe and her father in Australia when she was in kindergarten

In Primary 3, Chloe’s father suddenly sent her a photo of 3 mixed children, letting Chloe know that these were his godchildren. While the sudden introduction of godchildren surprised her, she didn’t think much of it, even when she got to meet them IRL 2 years later. Her dad’s parents live in Malaysia, so he brought all of them back to Malaysia together to visit his home.

As a child, it’s only normal to be kaypoh about everything. Bored and flipping through some photo albums, Chloe found many photos of her father’s godchildren.

“Suddenly, my aunt walked past and casually told me, ‘those are your father’s children. The one beside him is his wife, you don’t know meh?’”

It was then that Chloe felt her world do a complete 360 degree turn. “Can you imagine, an 11-year-old suddenly finding out her father has a secret wife, and the kids he initially said were his godchildren were actually his legitimate children?” While this might sound like it came straight out of a Netflix drama, we can only imagine how Chloe was feeling upon this shocking revelation.

“The worst thing about this was that I didn’t even hear it from my dad himself. I kept finding out more information from relatives who thought that I was aware of the situation.”

To Chloe, one of the hardest parts was how her father avoided talking about it even after he knew about her discovery. She couldn’t believe that “the one person I wanted to confide in didn’t even want to tell me all these things were happening”.

This was a turning point of their relationship, which Chloe described as “when the strain [between them] started”. Things continued to snowball downhill, as when Chloe brought it up to her mother, she realised that she was completely unaware as well.

After all, what can a child do if their parents aren’t communicating as much as they used to? Feeling stuck in the middle, Chloe told herself, “I had to consciously separate both parents’ lives from that moment on”.

How the divorce affected her mental health 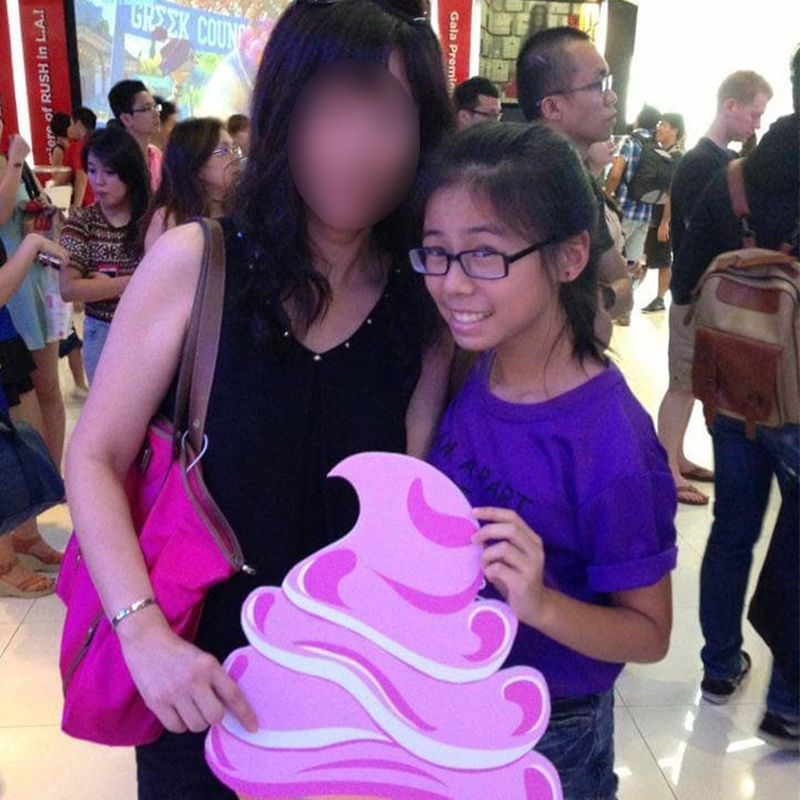 Growing up and living with her mother for over 20 years

However, while her dad tried his best to make things work, he wasn’t really great in handling Chloe’s emotions. Describing it as her “worst memory of him”, Chloe recalled that when she was 14, her dad casually texted her that his wife had given birth to their 4th child.

At that point of time, Chloe didn’t even have the slightest idea that his wife was expecting prior to the birth. “I remember I was so shocked, I got out of the taxi I was in and just screamed.”

Navigating her feelings was extremely hard, as Chloe only dealt with these issues outside of the house when her mother wasn’t around. Especially as an only child, she had to deal with these feelings all by herself without any siblings to share the pain with. It inevitably took a toll on her mental health, and even affected her attitude in school.

Picture this: you’re losing control of your life at home, so naturally, you’ll want to take charge of things outside of this space, like in school. This was negatively manifested in Chloe’s relationships and school life, in how she would go against her teachers and fall behind on school work.

She also experienced panic and anxiety attacks from secondary school all the way to JC — “it was so bad that I had to run out of the class because I couldn’t breathe, or I would just burst into tears”.

Who would’ve thought that a relationship with their leading man in their life would result in so many consequences in the future? Certainly not Chloe. While divorce is common, it’s not easy to cope with it, especially in Singapore’s society where familial territory prioritises “saving face” which leads to avoidance altogether.

“I think it’s very important to have more conversations [about divorce]. We need to be able to reach out when we need help, especially for kids who have no one to turn to.”

Having her mum as a support system 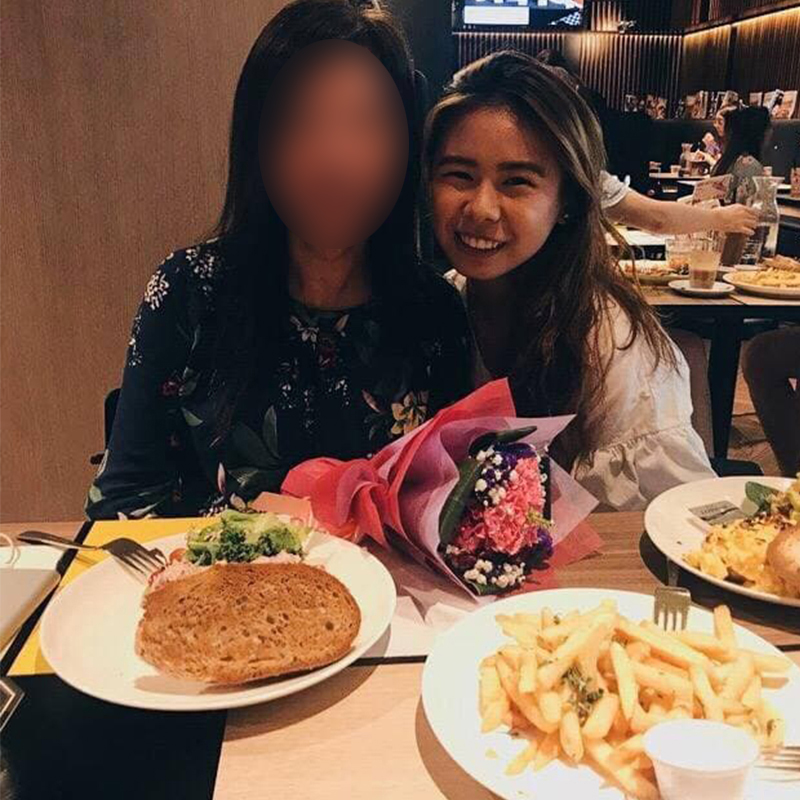 Chloe and her mother celebrating an occasion together

Dealing with her father was clearly tough on her, but Chloe’s mum gave her space and support because she knew it was what she needed.

Chloe fondly recalls how her mother has always been there for her, on top of letting her have her way and trusting Chloe’s every life decision.

Additionally, it’s not every day that one would want to hang out with their mother’s group of friends — auntie gossip the whole time? No thanks. Yet, Chloe looked forward to dates where her mum would invite her out with her clique, who also welcomed her just as warmly.

Through having meals and spending time together, Chloe “felt a lot of love from all these aunties and uncles, that even though my dad couldn’t give me, I knew I wasn’t lacking in many ways”.

Because of them, the absence of a father figure wasn’t an extremely big issue in her life. The real issue she struggled with was separating her two lives between her parents, having to divide conversations and repeat updates to different parties.

Advice for others who are going through a similar situation 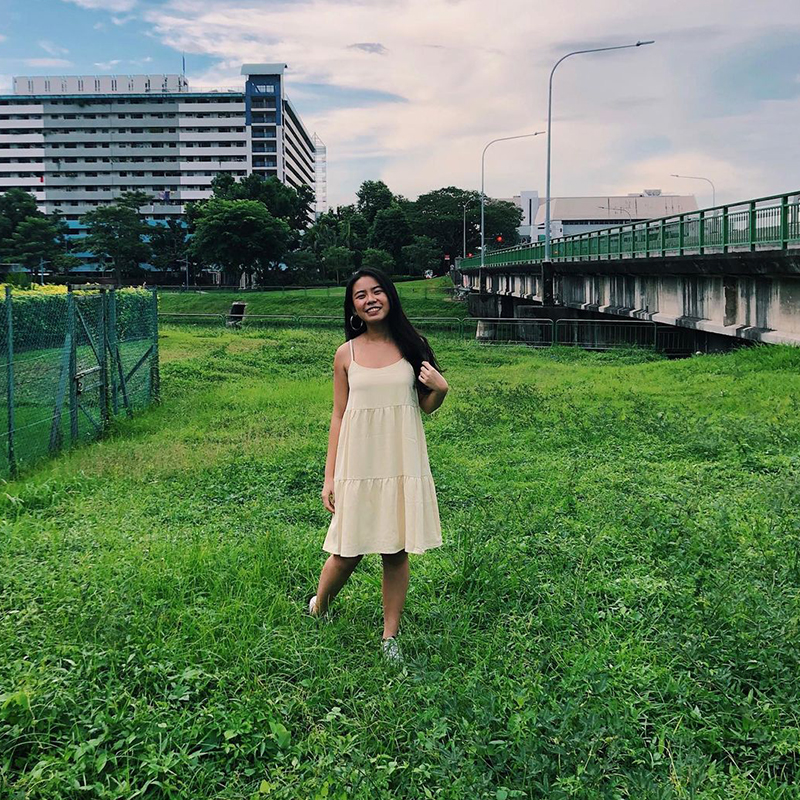 Since the pandemic hit, Chloe hasn’t seen her dad in 3 years as he lives overseas. While she doesn’t open up to him as much as she used to, she still wishes him “happy birthday” or “happy Chinese New Year” every year. It’s not much, but that’s just how their relationship has regressed till today.

“I don’t blame him or the circumstances. I just think that at this point of time, it’s best for everyone.” Sometimes, you just need some time apart in order to be ready for a fresh start once again.

For those who are going through a similar situation as Chloe, you might want to heed her words of wisdom that it’s “very important to talk to someone and let these feelings out.”

“Just because my parents’ relationship failed doesn’t mean that I have to go out of my way to make sure mine doesn’t end up the same. Back then, I grew obsessed with that, and my mental health crashed. Sometimes, you need to learn to walk away from things that make you unhappy.”

Chloe shared that verbalising what she was going through to her friends made a big difference in her life. “Initially, I tried to normalise my behaviour and compartmentalise these issues away from other things in my life. But I eventually realised that I had to learn to accept what I was going through in a healthy manner in order to move on.”

Talking about it to your friends is one thing, but communicating with your parents is a whole other level. Especially with parents who are divorced, it can be hard to talk about issues without implying that you’re favouring one parent more.

But even with the awkwardness, remember that there’s no parent out there who doesn’t want to understand how their child is feeling.

Final message to her dad 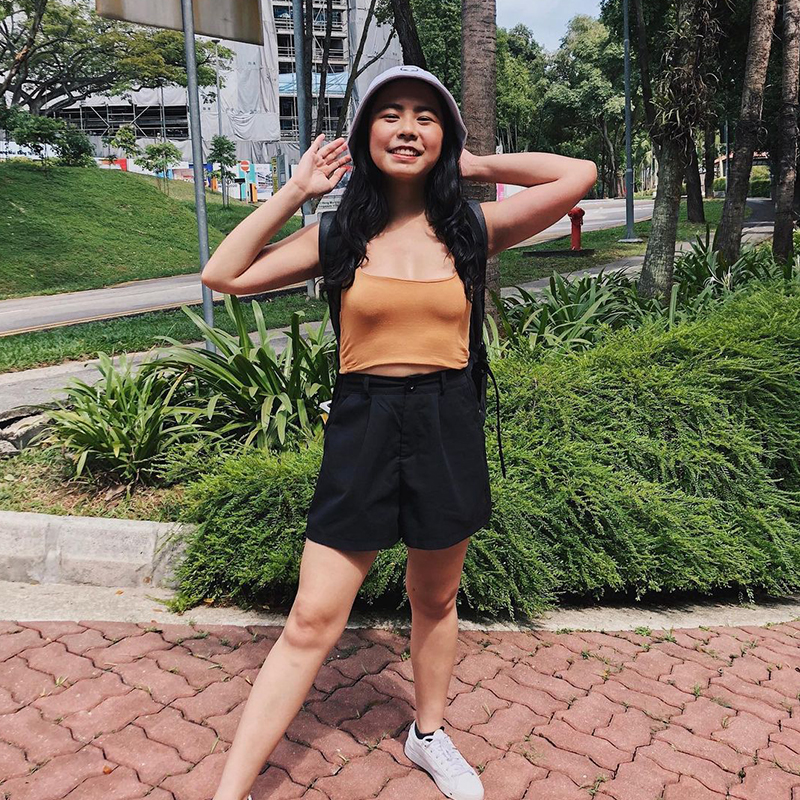 Without harbouring any ill feelings towards her father, Chloe ends her story by wishing that her father is still happy and safe now. Hopefully in the future, whether it’s in 10 or 20 years, Chloe declares that she’s willing to wait and address their unresolved issues whenever he’s ready.

As parting words for her father for now, Chloe says “Dad, I still appreciate you no matter what. I might not know you as well as your kids do, but I hope that at least they have the childhood I never had.”

While speaking up about family issues is often scary, foreign and even traumatising, Chloe wants to break the stereotypes and have Singaporeans be more open about topics like divorce and mental health.

At the end of the day, parents are people we look to for love and support. Speaking up about your issues is a big step when it comes to acknowledging your feelings and moving towards a better future.

All images courtesy of Chloe.
Some quotes have been edited for brevity and clarity.