The HIV screening van outreaches happened before the COVID-19 outbreak in Singapore.
Quotes have been edited for clarity and brevity.

I first heard of the existence of a HIV screening van in Singapore through a friend. The idea of a clinic on wheels made me think, “What a cool way to get the job done.”

The Mobile Testing Service (MTS) brings anonymous testing to the streets for people who feel wary of heading to clinics or hospitals to test for HIV.

Wanting to find out more about how HIV is fought in Singapore, I followed the MTS on 2 public outreaches in late 2019. I chatted with the personnel and volunteers who run the MTS, as well as testers who agreed to be interviewed. 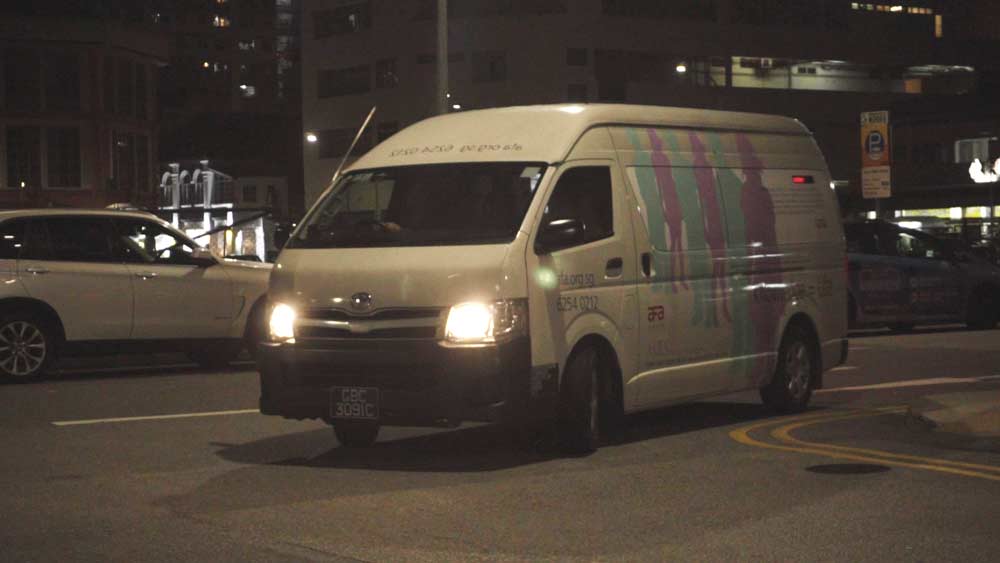 The MTS started in 2011, when M.A.C Cosmetics sponsored $250,000 to Action for AIDS (AfA). The non-governmental organisation is tasked with fighting HIV transmission in Singapore.

For the first outreach, I hopped into the back of the MTS van one Friday night in November 2019. Ong Huimin, AfA’s Mobile Testing Service Executive, shared that AFA publishes a schedule of the van’s movements so individuals who wish to take the test can show up at the site.

We were headed to gay bars in Tanjong Pagar to encourage men who have sex with men to get tested. Besides gay men, this includes bisexuals and transexuals. As the van trudged along Tanjong Pagar Road at around 10.30pm, I peered out the window to observe the bustling nightlife. The sights excited me but I was also filled with apprehension at having to interview people coming to take a HIV test.

Would they be willing to speak to me? Since this was an anonymous testing service, would I be invading their privacy?

Hunting for parking was not easy on a Friday night but the van eventually pulled up at a carpark behind Taboo Club. Bouncers dressed in black polos guarded the door while party music boomed from the inside.

The AfA workers and volunteers quickly set up tables and chairs in the carpark. Our operation had begun. To me, the term ‘HIV’ brought a grave sombreness but the atmosphere was anything but. With muffled party music in the background, the volunteers chatted like friends who hadn’t seen each other for a while and some even exchanged hugs.

Sex education from a drag queen

As part of the outreach, AfA had engaged drag queen Noristar to tell clubgoers about the free testing. I tailed volunteers into the club as they gave out condoms before the show. The volunteers would randomly place a condom and a free HIV-testing ticket into the hands of clubgoers to inform them of the service.

Some quietly received the goods while others mouthed, “What the fuck” or passed it to their friends saying, “You need this.” 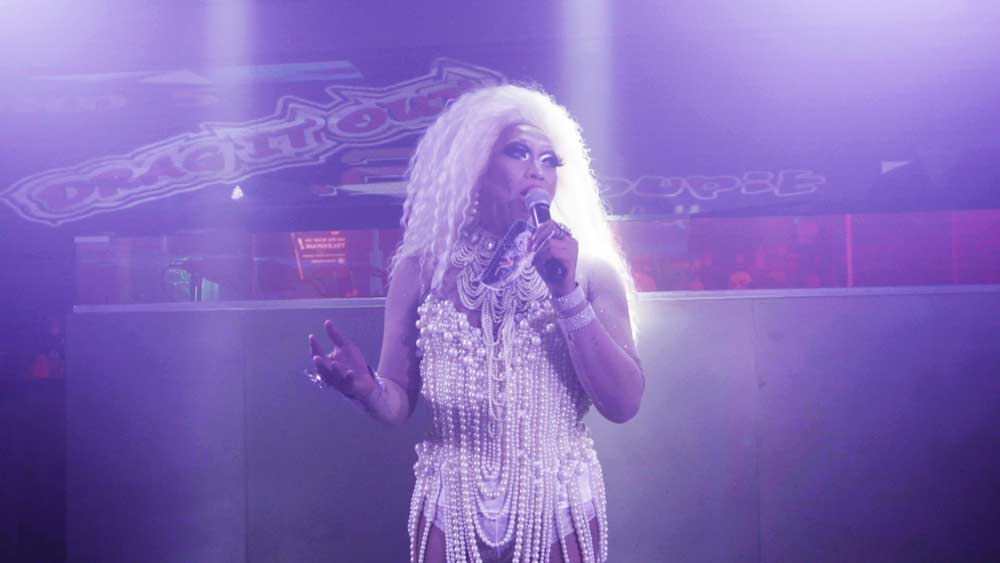 Excitement filled the air as Noristar appeared to entertain the crowd with her comedy routine, which included some safe-sex knowledge. The crowd cheered wildly while she flicked her wig back and forth. This was a far cry from the awkward sex education lectures I got in school as my teacher flashed syphilis photos in a deadpan manner.

I chatted with strangers, including a journalist who declined to be interviewed but gathered his friends for me enthusiastically. With the party music, alcohol and a friendly stranger sending me interviewees, my job was already becoming more fun and easier than I’ d expected.

After the show, I exited the club to see young men who hadn’t come from the club squatting at the side of the pavement. “Are you doing testing?” they asked me. I directed them to the volunteers and thought, “Wow, people actually voluntarily come to take the test.” 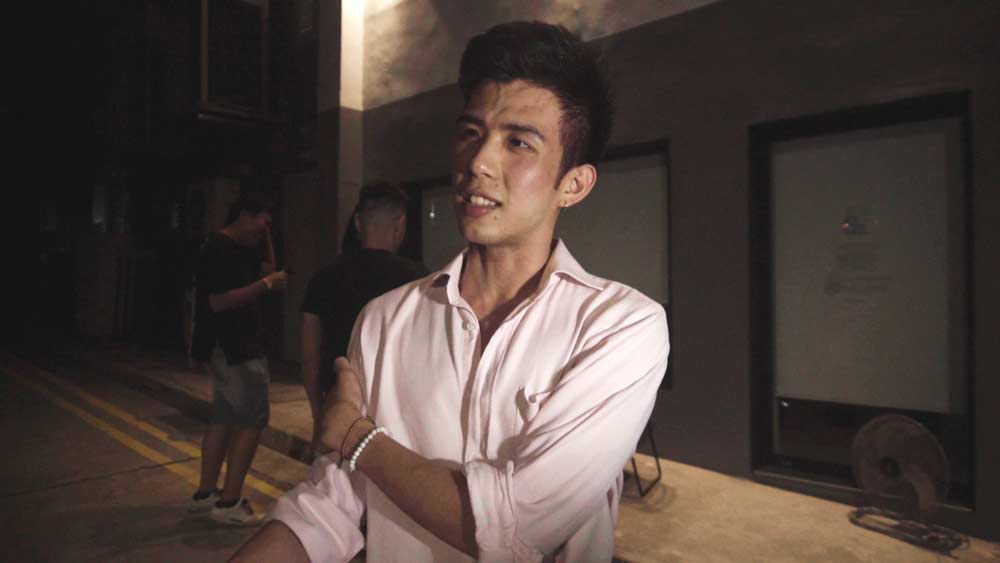 My inner evangelical shuddered at this no-holds-barred sex talk being delivered to me by a millennial. Wasn’t this supposed to be my parents’ job? I kept a poker face and nodded as if none of the knowledge he was imparting was new to me.

I continued to interview other young men who talked about their experiences with sex and how they had learnt about the importance of testing for our video documentary. Only less than half of the testers rejected my interview; people were surprisingly open about sharing.

For the next outreach, I followed the van to a carpark near Bugis MRT station one late afternoon on a weekday. This time around, not many testers were willing to be interviewed but I did get some insights from the volunteers.

Twenty-year-old Heng Xing began volunteering with AfA in January 2018. He had read about the organisation in the newspapers. Before joining AfA, he was “a sheltered JC kid” who hadn’t encountered others of diverse sexualities.

“We don’t talk about sexual interactions. Such topics are taboo amongst straight people. As a result of that, it has contributed to a lot of misunderstandings,” Heng Xing told me.

He identified certain barriers straight people have against HIV testing, including questions like “[If] I take the test, will my friends think I’m dirty?” He elaborated that there is a fear of slut shaming amongst females although women are at a higher risk of contracting HIV than men. 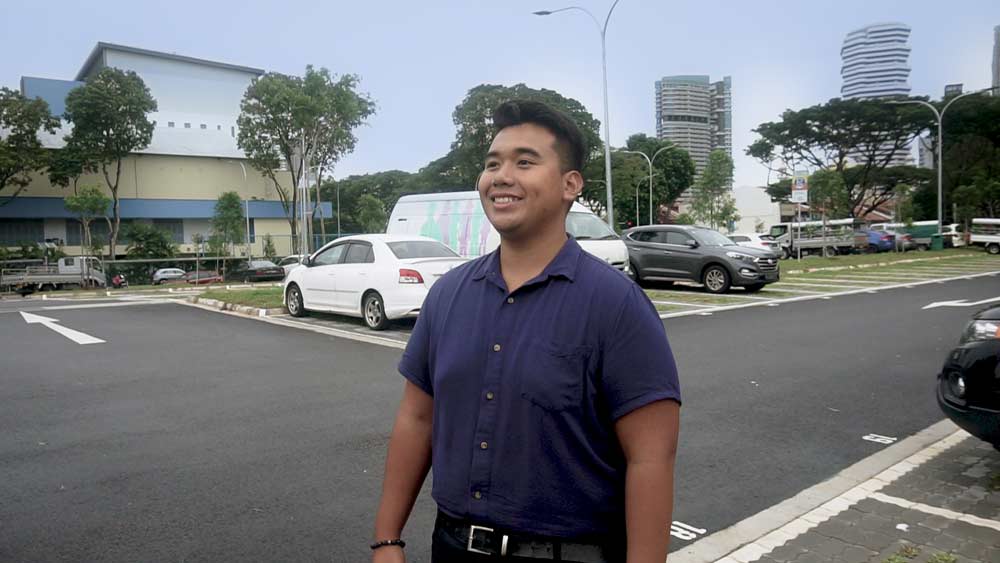 Twenty-three-year-old Azib (above) told me that volunteering at AfA for 6 years has given him a deeper insight into society.

“Not a lot of Singaporeans know the difficulties certain groups are facing. I’ve counselled numerous sex workers and [they do their jobs because] they are desperate to provide [for] their families back at home,” Azib shared before describing general ignorance regarding STI transmission.

“Sex is a common topic amongst [National Servicemen]. I was surprised that they lack basic knowledge of how to practise safe sex,” Azib said. “Some of [my NS friends] were shocked I shared my food or drink with one of my closest friends who is HIV-positive.”

The ignorance and barriers to testing impedes AfA’s mission to eliminate HIV in Singapore. To better understand other barriers of encouraging at-risk individuals to come test, I spoke to Avin Tan, AfA’s manager for Advocacy and Partnerships.

HIV is not a gay disease

Avin explained that one of AfA’s barriers towards ending HIV and AIDS by 2030 is the inability to reach hidden populations such as the gay, drug-using and sex-worker communities. A law like 377A also prevents gay, bisexual and queer men from providing accurate information about their sex habits.

“If I don’t feel safe as a gay man going to a clinic to talk about how I have sex, I’m not going to be honest when I go in for a check-up,” Avin added. “377A’s existence has an impact on what [AfA] can say in mass media, what can we do for campaigns. It has an impact on sex education [and] how sexual health services are offered in Singapore.”

One of AfA’s missions has been to eliminate the idea that HIV is a ‘gay disease’.

“Every time we call for volunteers, [the volunteers are] usually very queer, very gay. That optics also reinforces the idea that HIV is a gay disease. We’ve been trying very hard over the past 10 years to break that image.”

The queer community leads the fight against HIV in Singapore

Currently, there are 3 men who have publicly identified themselves as living with HIV in Singapore. All of them identify as queer, and Avin is one of the 3.

“We who are publicly out set the example that there is help available,” Avin said. Unfortunately, straight people with HIV fear ‘coming out’ with the disease as it might implicate their families.

It seems that relegating HIV to a gay disease has helped the general populace stem the shame in discussions about sex and fears surrounding the virus. Avin shared a common misconception some straight people have, “If I’m straight and I don’t participate in gay sex, I’m not gonna get HIV.”

The truth is, HIV can infect anyone, regardless of sexuality. Sometimes it is transmitted from mother to child or through the use of unclean needles. HIV is not a gay disease but the LGBT community is taking the lead in fighting it.

For the longest time, I’ve heard older Singaporeans lamenting how the kampung spirit has been lost. As Singaporeans began residing in new BTO launches, they stopped trading kueh, pet chickens and banter about other families in the neighbourhood.

While following the HIV screening van, I was frequently touched by the warmth and concern volunteers and workers showed to testers and each other. Straight and queer volunteers alike mentioned something along the lines of, “I made friends I otherwise wouldn’t have by  volunteering here”.

In the various times they faced an obstacle, I witnessed AfA’s workers and volunteers say, “Never mind, we persevere.” This must be a mantra the organisation uses as it continues the thankless mission of getting a nation to confront an invisible but seething problem. 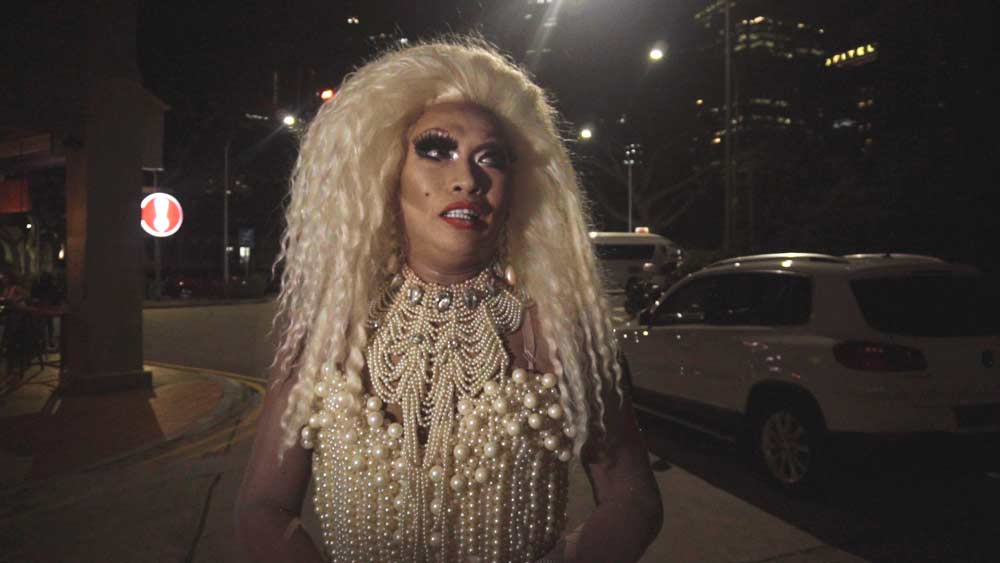 Noristar giving her two cents’ worth after her safe-sex show

In being pushed underground, the queer community created its own kampung. A safe space where sex is discussed openly and judgment is withheld with regards to a disease often riddled with shame and guilt. As Noristar told me, “We’ve been taking care of ourselves, we take care of our own community.”

Today, the LGBT community is leading the fight against HIV in Singapore. Concurrently, the MTS continues to make its humble journeys to getais, coffee shops and nightclubs to fight HIV by screening one person at a time.

Pro-LGBT Christian Shares His Side In 377A Debate