International Women’s Day falls on March 8! If you’re thinking of spending quality time with your squad, indie theatres are a good option. They’re the best of both worlds—think Netflix-and-Chill with bean bags and comfy sofas merged with huge cinema screens in regular theatres. Plus, some indie theatres even offer free soft drinks, white wine or beer with a $12 ticket.

Sure, you may not be the first to catch the latest blockbuster movies, but here are 11 empowering films you should strike off your list with your girlfriends this month. 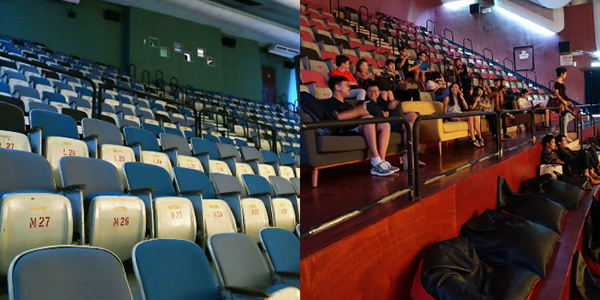 The Projector has taken two old cinemas and given them a fresh look while retaining the vintage spirit of the space. They have two screening rooms—the Green Room, an old-school theatre with rustic looking chairs, and the Redrum, which, in addition to conventional theatre seats, boasts rows of bean bags and couple sofas. If you’ve got the munchies, the Golden Bar sells popcorn and a small selection of alcoholic and non-alcoholic beverages. In addition, they’ve also concocted their own snacks such as salted-egg yolk fries and kaya scones!

Star, a teenage girl from a troubled home, runs away with a group of travellers who drive across the American Midwest selling magazine subscriptions door to door. Finding her feet in this gang of teenagers, one of whom is Jake, she soon gets into the group’s lifestyle of hard-partying nights, law-bending days and young love.

Why you should watch it: A story about losing yourself to find yourself, Star is simultaneously the girl our parents warned us about and the girl we wish we were brave enough to be.

A biographical drama, Jackie, depicts the events leading up to and following the assassination of John F. Kennedy, through the eyes of Jacqueline Bouvier Kennedy. The movie depicts one-half of the couple who inhabited America’s short-lived but still mythic time of “Camelot”—the woman who, in fact, coined that very expression.

Why you should watch it: An eye-opening, poignant telling of Jackie Kennedy’s personal trials and tribulations, it serves as a reminder that underneath every public woman figure lies a real woman with her own struggles.

Michèle seems indestructible. Head of a leading video game company, she brings the same ruthless attitude to her love life as to business. Being attacked in her home by an unknown assailant changes Michèle’s life forever. When she resolutely tracks the man down, they are both drawn into a curious and thrilling game—a game that may, at any moment, spiral out of control.

Why you should watch it: A critically acclaimed movie, Leslie Felperin of The Hollywood Reporter has lauded it as “one of the bravest, most honest and inspiring examinations of the subject [rape] ever put onscreen.” Instead of playing the victim, Elle finds strength in her circumstances and ultimately turns the tables on her attacker in this dark and riveting film.

In this science fiction film, twelve mysterious spacecraft appear around the world, and linguistics professor Louise Banks is tasked with interpreting the language of the alien passengers inside. Denis Villeneuve’s foray into extraterrestrial territory is a mind-bending trek across the borders of time, space, memory and the threat of humanity against itself.

Why you should watch it: With a strong female lead character basically saving the world from the brink of disaster, you’ll be reminded just how relentless we women can be. 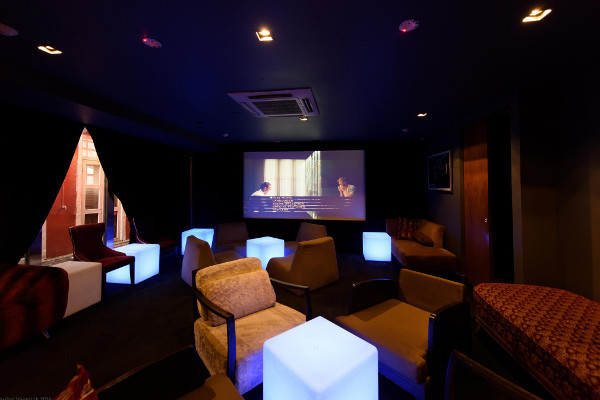 Situated in the heart of Chinatown, The Screening Room resembles a plush living room where you can tuck into dinner while watching classic films! With an extensive range of Western and Mediterranean food to choose from, you’ll be spoiled for choice. If the night’s still young, head upstairs to La Terraza Rooftop Bar to wind down after the movie with a cocktail in hand.

In this comedy-drama, Juno’s a whip-smart teen confronting an unplanned pregnancy by her classmate Bleeker. With the help of her BFF Leah, she finds her unborn child a “perfect” set of parents: an affluent suburban couple, Mark and Vanessa, longing to adopt. Luckily, Juno has the total support of her parents as she faces some tough decisions, flirts with adulthood and ultimately figures out where she belongs.

Why you should watch it: A classic coming-of-age movie, what happens to Juno is quite possibly every teenage girl’s worst nightmare. However, she manages to navigate a messy situation with maturity and grace, showing us how good things can come out of bad situations.

Why you should watch it: It’s the classic dilemma—being faced with choosing between your career and your personal and love life. It’ll make you both laugh and re-evaluate your priorities and what matters the most to you in life.

The Iron Lady is a surprising and intimate portrait of Margaret Thatcher, the first and only female Prime Minister of the United Kingdom. One of the 20th century’s most famous and influential women, Thatcher came from nowhere to smash through barriers of gender and class to be heard in a male-dominated world.

Why you should watch it: A controversial politician, Margaret Thatcher was the longest-serving Prime Minister of the United Kingdom. One of the most influential people in the 20th century, her lasting legacy reminds us that women can be on top too, and be damn good at it to boot.

Made in Dagenham is based on the 1968 strike at the Ford Dagenham car plant, in which 850 female workers walked out in protest of sexual discrimination. What follows would test the patience of all involved in a grinding labour and political struggle, that ultimately would result in advancing the cause of women’s rights around the world.

Why you should watch it: Feel empowered and inspired as they fight back at a system that treats them unfairly. Feminists have come a long way in the fight for equal rights, and this movie will remind you of the price we had to pay for that.

Not just a centre that offers French Lessons, Alliance Française also hosts cultural events open to the public—from the Francophonie Festival happening this month to regular movie screenings. Through their Ciné Club, they offer a range of contemporary French movies for both Francophiles and Cinephiles alike. Every movie has English subtitles, and their theatre is large enough to sit 236 people!

A few months before the Arab Spring, 18-year-old Farah has just graduated and her family already sees her as a future doctor. But she doesn’t feel the same way and becomes a singer in a political rock band. She has a passion for life, enjoys drinking alcohol and experiencing love against her mother’s will, Hayet, who knows Tunisia and its dangers too well.

Why you should watch it: Growing up comes with its own set of problems and challenges, and you’ll find yourself realising that despite us having grown up in completely different circumstances, those challenges are the same for girls everywhere.

The challenge for Ladies’ Turn, a Senegalese association, is to organise a tournament for… all-female soccer teams! Seyni, one of the pioneers of women’s football in Senegal has taken the risk and seeks to overcome prejudices on the field. Through their lives, get to know the many facets of the modern Senegalese society and the daily struggles of women in this country.

Why you should watch it: As girls, we’ve all faced discrimination and prejudice at some point solely due to our gender. Watch as these girls in Senegal actively seek to overcome these prejudices in the male-dominated field of sports. A coworking space during the day, The Hive occasionally transforms its rooftop into a cinema at night. This happens at least twice a month—one event is held by The Hive itself, while the other is held by Singapore’s Open Air Cinema Club. With each screening being relatively intimate, it’s perfect for a girl’s night out as the ticket price comes with a free drink—you can choose from soft drinks, white wine, or beer! For The Hive’s own screenings, they focus on films with “messages, questions, and answers worth talking about”.

He Named Me Malala is a documentary that looks at the events leading up to the Taliban’s attack on Pakistani schoolgirl, Malala Yousafzai, for speaking out on girls’ education. It’s followed by the aftermath of the event, including her speech to the United Nations.

Why you should watch it: The youngest ever Nobel Peace Prize laureate, Malala Yousafzai,  is undoubtedly an exceptional girl. The epitome of making the best out of a terrible situation, she used her prominence to establish The Malala Fund at aged 16. Since then, she has tirelessly fought to provide 12 years of education to girls around the world.

With these movies to remind us of women who overcame adversity and achieved the impossible, let’s remember just how much we’re capable of. So grab your loved ones and spend quality time over good food and wine at one of these hideouts.