According to a 2019 report from the World Instant Noodles Association, a whopping 106.4 billion (!!) servings of instant noodles were eaten in 2019. And if you thought Singaporeans are hardcore instant noodles fans, Indonesians would beg to differ.

While Singapore didn’t even make the cut for the top 15 ranking, Indonesia came in second behind China and Hong Kong, consuming 12.52 billion servings. Yep, the country’s love affair with instant noodles is real. The DIY shorts are made up of flattened packets of Indomie Mi Goreng Instant Noodles – Special. The white background and vibrant colours on the packaging make this a surprisingly wearable piece of clothing, especially when paired with a classic white shirt.

If you’re one of those who stocked up on instant noodles back in the early days of the pandemic, you could try making your own pair too. Sadly, a licence plate that reads “INDOMIE” is gonna be slightly harder to recreate. Putri’s Samyang ramen top wisely spotlights the most aesthetic packaging out of all the Korean brand’s offerings. She added utilitarian buckles on the strap for extra security and support. This would even work as a bib that you can wear over your clothes while eating instant noods to prevent any stains and spillage. 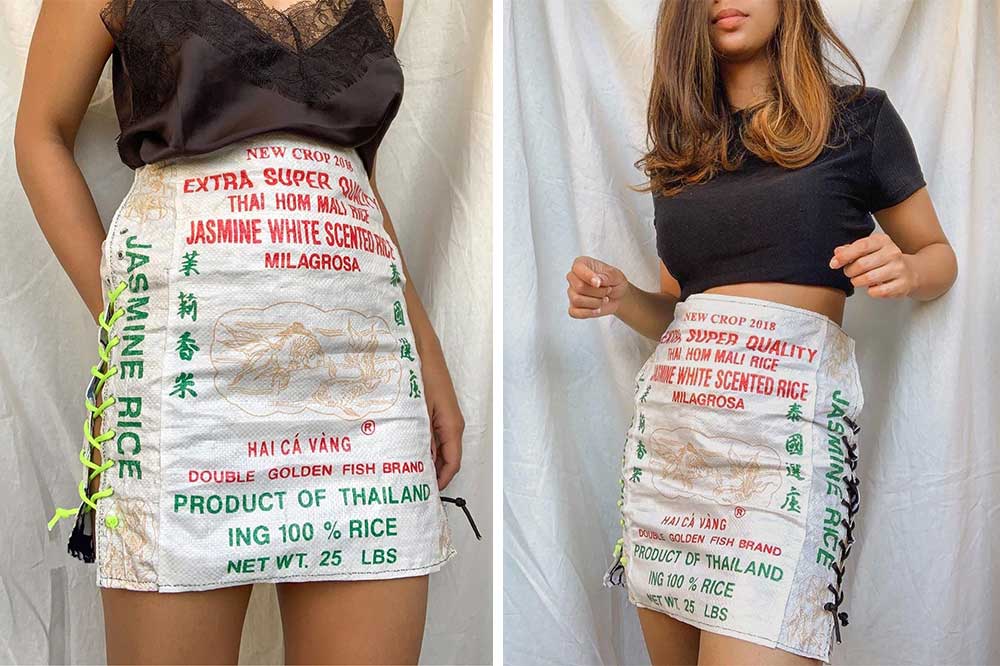 Instant noodles aren’t the only carbs Asians love. Putri also came up with an ingenious creation featuring none other than Jasmine white rice. Putri captioned this, “Off-White but make it Jasmine Rice”. She also added that the entire skirt is hand sewn, and that she used cotton for lining. She deftly took apart her Gucci ballet pumps. Equipped with nothing but McDonald’s packaging, a ruler, scissors and Sharpie, she turned them into Gucci McLoafers. 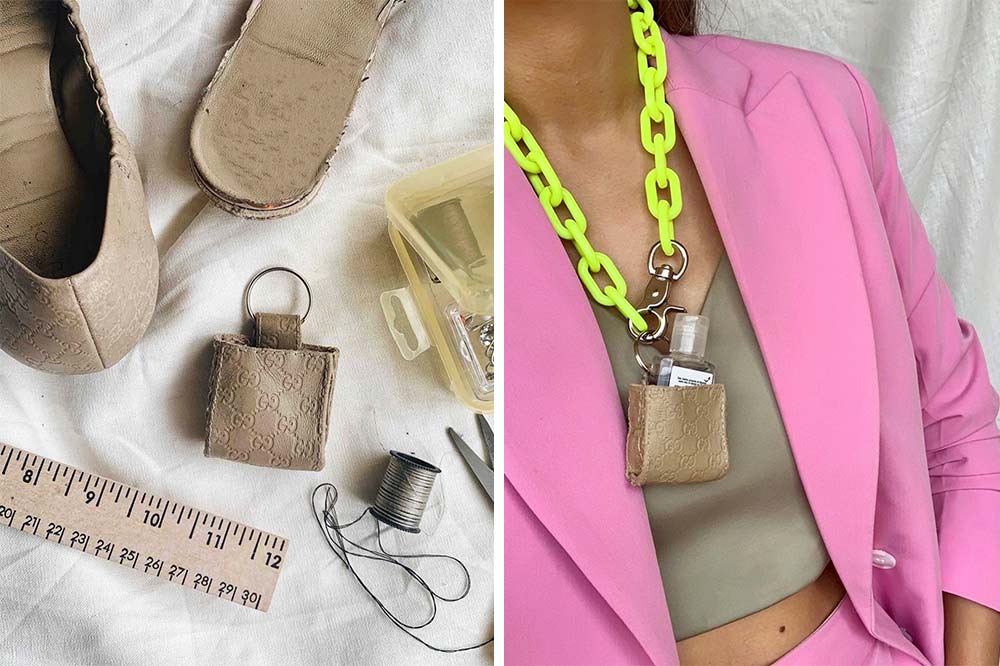 Waste not, want not. She’d only used the base and bamboo handle for the McLoafer. So, Putri turned the fabric of the Gucci shoe itself into a little pouch. She then attached it to a chunky chain necklace for a hands-free way to carry hand sanitiser. These beaded Fendi kitten heels appear to be the first thing she upcycled. She added a layer of White Rabbit candy wrappers in a ruffled fan-like shape to the back of the heels, breathing new life to the shoes in the process.

These Indomie Shorts Are An Example Of Quarantine Creativity

Having to spend more time at home and indoors has encouraged many of us to bring out our creative side. Looking at Putri’s wearable works of art, might just inspire you to upcycle some items from your own closet too. Have fun!

Italian Couple Transform Familiar Packaging Into Upcycled Designer Handbags, You Can DIY Your Own Too