Last Days With A Cancer Patient

Death is an immovable reality of life, yet we seek all ways to avoid it. We paint the grim reaper as a sinister skeleton with a deadly scythe; bookmark Chinese Feng shui books to avoid poison arrows and unlucky bed positions.

Born into a family with ‘third eyes’, I particularly feared the empty hallways of hospitals—the gateway between realms—when I was a child.

“Spirits are everywhere lah,” my typical Asian dad would say in a futile attempt to comfort me. He worked in temples and assisted with exorcisms, while I helped monks sell ritual bells for donation money.

But when I met Madam Lee for the first and last time in a hospital ward, I saw death only as a natural albeit painful reminder of the temporariness of life.

It was a Friday night. The alcohol I smelled wasn’t of tequila, but of lemon sanitisers, mixed with antiseptic cotton balls, get-well floral bouquets, bleach wafting from bedding, and leftover food.

Bedridden with multiple tubes in her body, the frail yet cheerful woman smiled when she met me. Battling colon cancer had stripped her of her mobility—the same year her husband underwent multiple surgeries which left him wheelchair-bound. 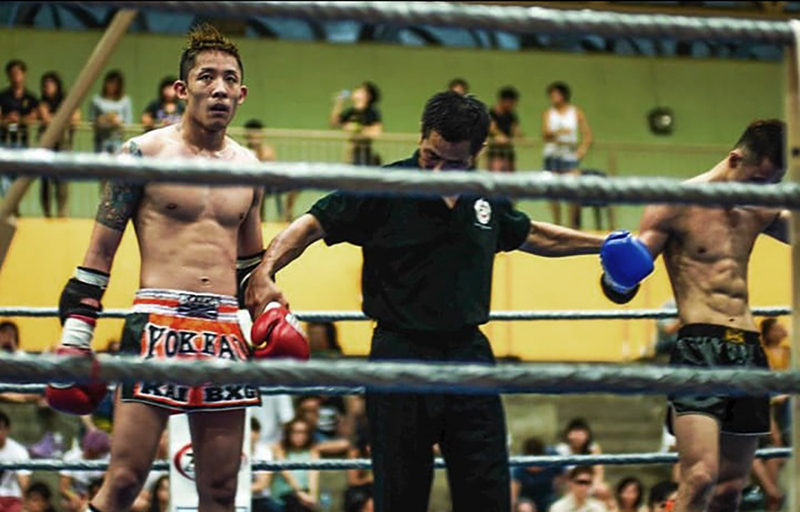 For months, “Why?” was a question Kai asked to which I could never answer during our Muay Thai training together.

“Why am I strong, if I can’t save my mother?”
“Why did this happen when I have to go overseas for competition?”
“Why do I have to go from one hospital to see my mother, and another to see my dad after training? I’m tired, so tired, sis. Where is God?”

His agony often turned into bursts of rage, which he vented on the punching bag. And as a friend, all I could do was try not to feel sorry.

At Madam Lee’s bedside, I wanted to exchange pleasantries with her; to write a ‘get well soon’ Hallmark card and stay blindly positive. But I hesitated, for a lofty promise of a miracle recovery would only comfort the living, not the dying.

Perhaps, that is why a Buddhist practitioner like Madam Lee stayed upbeat to comfort her sons despite knowing the universal law of life’s impermanence.

During Madam Lee’s final journey, there were two things she fervently spoke of: her family, and her encounters with the other side.

With shallow breathing, she told me Kai was born prematurely on Vesak day. The doctors said his lungs were underdeveloped, and that he wouldn’t be able to do sports. So, she quit her job and took care of him round the clock.

She told me her Buddhist faith was always with her, even when she encountered spirits in another hospital ward.

“I was chanting my Soka prayer in bed. Felt hands try to strangle me. I opened my eyes a bit, and saw three spirits standing beside my bed.”

“They looked a bit blurry, but I knew they were women. They asked me what I was chanting. I said, ‘Soka’.”

“I told them about my faith, what Soka was about. They asked me to chant for them. They said a man died with a lot of pain on the bed I was sleeping on, and he wanted help. So I chanted, and they left.”

“Another time, I turned to my side and saw the patient’s soul beside me float above her body. ”

I told Madam Lee I had similar spooky encounters when my paternal grandfather was in the ICU. Before he died, he often described the room to be “crowded”. And when my father prayed to the Green Tara (Bodhisattva) for him, my grandpa used to question why he “wore green”.

My dad explained that the colour was of the deity he was evoking.

I regaled another tale of my maternal grandfather whose life was once saved in World War II by a white butterfly that often appeared on special occasions after his mother’s death.

In the Malaysian jungle, he almost pulled the trigger on a Japanese soldier, when the white butterfly landed on the tip of his rifle. He hesitated and soon discovered an entire battalion of Japanese soldiers emerge from the forest.

If he had fired that shot, he would’ve been outnumbered and killed.

Pausing to breathe, she focused on Kai and quipped, “When will you find a girlfriend?” He laughed, telling her she would be there when he finds one.

That night, I went to bed thinking of the ordinary minutes in life we fritter away, while Madam Lee was living on borrowed time.

I thought of the pain Madam Lee masked with Morphine; a tumour in her colon had pressed against her rectum, leaving her in tears when ‘passing motion’. Yet, she did not flinch when she asked her son about his injury that was sustained from training.

I asked why Madam Lee remained faithful even through tough times and learnt of her recovery from pneumonia years ago. She lost a lung but survived as the other lung had 70% air capacity, instead of 50%.

But, I sensed Madam Lee’s prayers were less about seeking a miracle recovery than about finding strength and positivity. 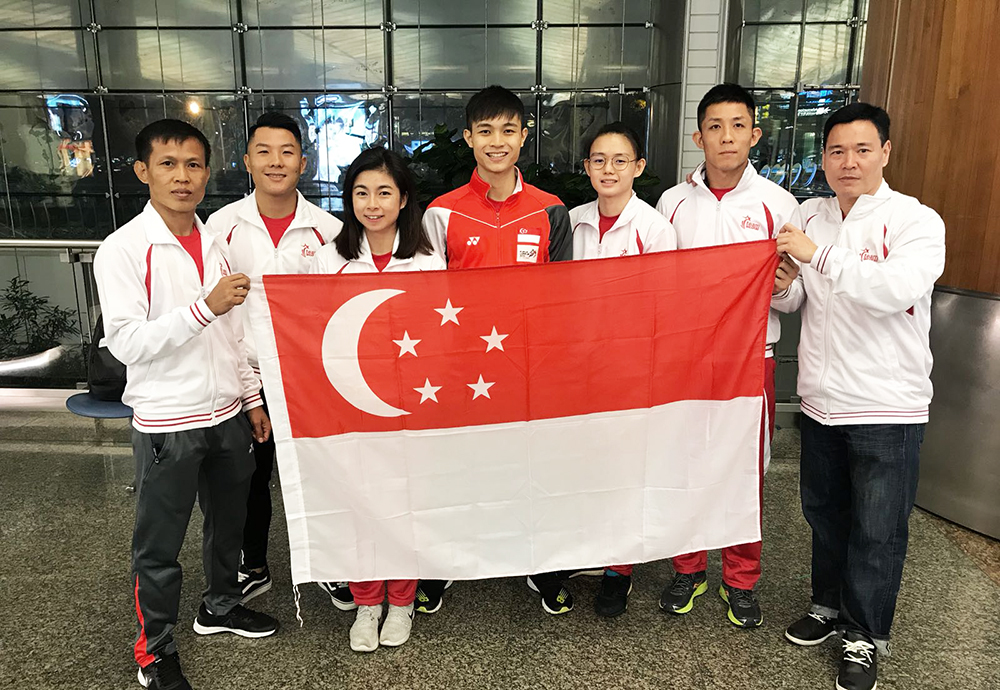 On his birthday (9 May), Kai flew to Mexico to compete. Doctors warned him of his ailing mother’s demise, but Madam Lee promised to hang on till he was back.

15 minutes before he landed back in Singapore on 21 May, Madam Lee passed away.

“Seven hours before her death, I saw her eyes rolling back as I called out to her over a video call at Narita airport. She responded, but could hardly speak. I knew she tried her best to wait for me,” Kai recalls.

At Madam Lee’s Soka funeral wake, there were no joss sticks or clanging cymbals; only minimal white and blue curtains, a wooden prayer box, and condolence wreaths.

The stillness of a weekday afternoon felt almost prosaic, with the sounds of fans rattling and cars driving past the quiet bend on their daily humdrum.

And in the serenity, while watching Kai and his family prepare food for guests, I fought back tears.

Madam Lee was the first stranger I spoke to on her dying bed. Wrapping up her story felt like an open-ended movie, abruptly cut. I grieved less than I would have as a family member and more as a powerless stranger who saw her life flash through a peephole.

Her death reminded me that the greatest fight we have is within ourselves, for I had never seen a fighter like Kai truly beaten until then. Yet, there was nothing an outsider like me could give in return, except idly watch people move in tandem.

By nightfall, there were Soka practitioners chanting in unison, tables filled with guests, and flowers lining the walkway in tribute of her achievements. 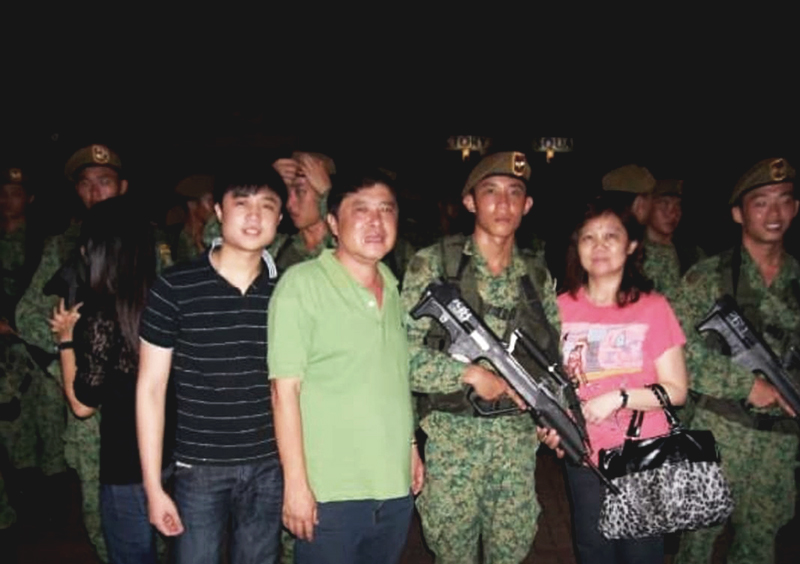 Pictured: Madam Lee with her family

To cope with loss, Kai cried every night and shut himself off from activities.

“I had a back injury in 2013. When I wanted to chase my dream for one last shot, all these happened. This time, I even lost my mum while going to compete.”

“I took a break in Muay Thai and still thinking if I want to continue, to be honest. Muay Thai now reminds me of painful memories. Thankfully, friends helped me get out of this dark hole.”

“My dad doesn’t show his emotions much to me, but he told me he missed her. He also started chanting daily because he said that is what mum did too.”

In the early stages of her illness, Madam Lee often told Kai, “I want to quickly recover to help others who are also suffering.”

Through this story, Kai says his mother would have wanted to remind people to “fight on” even if the light of hope grows dim.

Though she lost the fight to cancer, she won the hearts of many.

When I left her funeral wake, I prayed for her to find peace. And thanked her for reminding us to appreciate the present moment.

For when one dies, we can only leave behind our name, immortalised.