In October 2021, Singapore announced a new law stating that singles will be ineligible to purchase prime location resale flats. This new rule not only frustrated singles in Singapore, but also many members of the LGBTQ+ community who can’t get married in Singapore. After all, even if they do get married overseas, their marriage won’t be recognised here as well.

As such, the biggest uncertainty for LGBTQ+ individuals was raised again on social media — how can they have their own personal space? We spoke to 7 LGBTQ+ individuals in Singapore to find out what housing challenges they continue to face, as well as their plans around them.

1. “I would consider the idea of moving out with friends first”

“In general, the future doesn’t seem certain [for us] the same way it feels for people who conform to heteronormative standards. I face challenges such as being uncertain about my living situation and having the barrier of parental supervision from my conservative family.

I wish I didn’t need to think of the seemingly basic questions that come with the need for housing. While I just got out of a long term relationship, even whilst attached, I don’t think either of us were certain about how we would get through the system safely. Now that I’m single, I am equally uncertain about my housing situation.

When I first heard about the new law with tighter rules for buying resale flats, I was shocked and sad. This is not a law that just affects LGBTQ+ folks, but [also] others that face issues with housing. These individuals will sadly never be recognised and given equal rights unless we conform to the government’s standards of “normal”.

In the future, I plan to move out on my own as a single person first before moving in with my partner if I do have one. This would make the transition process much easier. I would also consider the idea of moving out with friends first.”

Advice to other LGBTQ+ individuals in Singapore: “Be patient but don’t lose faith. There’s a future that we can create together. As we grow and become braver as a community, I hope we can all support one another and gain acceptance from the rest of Singapore.”

2. “We plan to buy a private property in Singapore and have a place to call our own” “I’ve been attached to my partner for 6 and a half years and we’ve discussed building a life together and our aspirations for the future. Housing is very important in our plans to have a space to grow and build our little family of us and our dogs.

Generally the public housing scheme in Singapore is largely unfavourable for my partner and I, in terms of what’s available when we turn 35, as well as subsidies and waiting times. The recent law had me feeling appalled at the blatant discrimination. It’s merely another way of pushing the narrative that only heterosexual family nucleus units are the way to go. Unless you are straight and married, you do not deserve the same housing opportunities.

My partner and I have previously stayed together abroad for an extended period of time and enjoyed it, so [living abroad] has always been an option we’re open to. But otherwise, our plans for the foreseeable future would be to buy a private property in Singapore and have a place to call our own. Currently, we live together in a safe space so we do not see the need to rent.”

Advice to other LGBTQ+ individuals in Singapore: “Research all available options, decide which best suits your needs, and start planning early. There are resources out there such as Prident that are insightful for LGBTQ+ couples looking to build a future in Singapore.”

3. “I would rather live abroad where the laws are accepting of LGBTQ+ representation”

“I’m single, and like most single individuals, I face the challenge of not being able to attain a house until I’m 35. My initial plan was to not live in Singapore and migrate when I’ve hit the age of 30 to 32. I would rather live abroad where the laws are accepting of LGBTQ+ representation.

As I do not want to stay here in the long run, I have bigger prospects and dreams that I hopefully will get to by the time I hit my late 30s. If not, my plan is to just marry a person of the opposite gender, get a certificate as proof that I am legally “married” and invest in the house over time.

By staying in Singapore with such laws being imposed, my main challenges would be the priority of getting the household and subsidies from the government to support us.”

Advice to other LGBTQ+ individuals in Singapore: “Knowing that the law does not recognise our housing rights, we have to make some changes going forward as there are other ways to go around it.”

4. “There is no other choice but to wait until 35 to get housing” 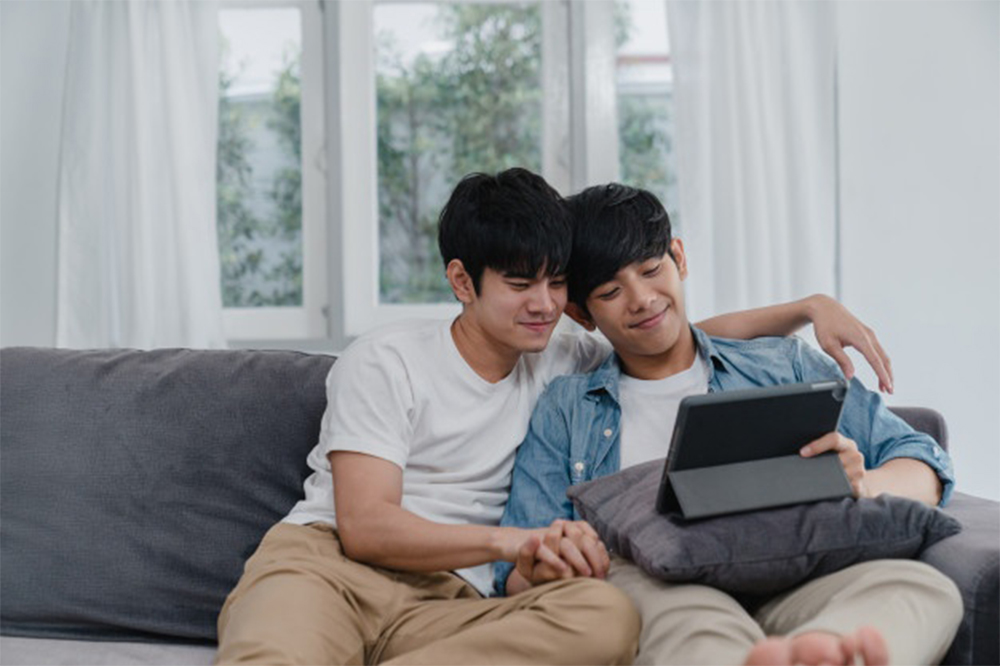 “Though I’m attached, I don’t think it would be wise to waste money on a marriage that is not recognised in the country. Housing plays a big part [for everyone], no matter if you’re hetrosexual or homosexual. Having a house with your significant other also symbolises marriage, so I don’t support the idea of getting married for the sake of it.

Singapore’s laws don’t affect my plans as we have already planned to get a house when we are 35. While it may be justified that Singapore has an ageing population and would require more straight couples to reproduce, LGBTQ+ members are also people who want to own their own place and privacy. Delaying the process until we are 35 is too much.

For myself, there is no other choice but to wait until 35 to get housing. However, this affects the people who don’t have the funds to get their own place. Prime locations were one of our factors [for my partner and I] when deciding on a place to stay in the future. The new law affects the kind of work we would want to take, as travelling time would be an issue.”

Advice to other LGBTQ+ individuals in Singapore: “Start saving money to get a place of your own or migrate to a country that’s more accepting.”

5. “I’ve learnt to take things slowly and in my stride” 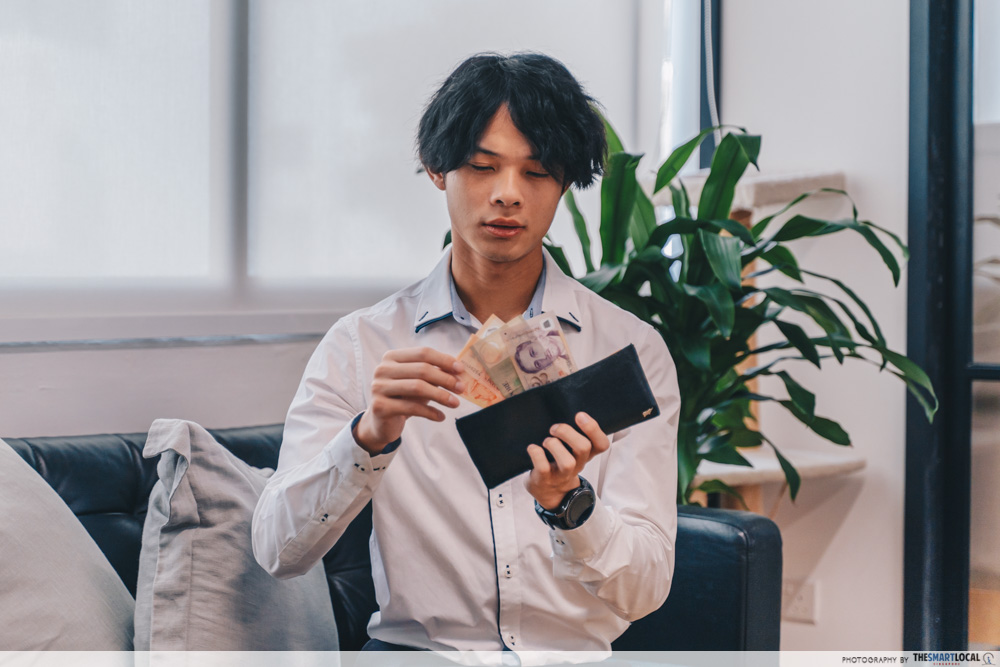 “I’m single and I plan to save up money first from working. Once I have enough, I will rent a place, preferably with a partner or a friend who’s looking to rent a place to live in as well.

Of course, I hope to be able to own a flat myself. But who knows how long that will take? Alternatively, I can always move overseas, but that’ll be more of my last resort. There’s also the factor of uncertainty — the fact that I’m not guaranteed a house of my own and have to live under the same roof with my parents creates a lot of anxiety about the future.

From a human rights perspective, it makes no sense why straight people can have housing while queer or single parents can’t. In fact, from any perspective, even if the law is meant to encourage procreation, I think it shouldn’t prioritise straight people over anybody else.

I don’t think the recent law really affected my plans, because I always doubted my ability to even own a flat in the first place. I prioritised renting or migrating over purchasing. To be honest, I’m not really thinking much about housing challenges now, but rather I’ve learnt to take things slowly and in my stride.”

Advice to other LGBTQ+ individuals in Singapore: “Save up money first and amass enough so that you can move out whenever you want to, without financial woes.”

6. “As there’s too much to think about, I would rather just migrate” 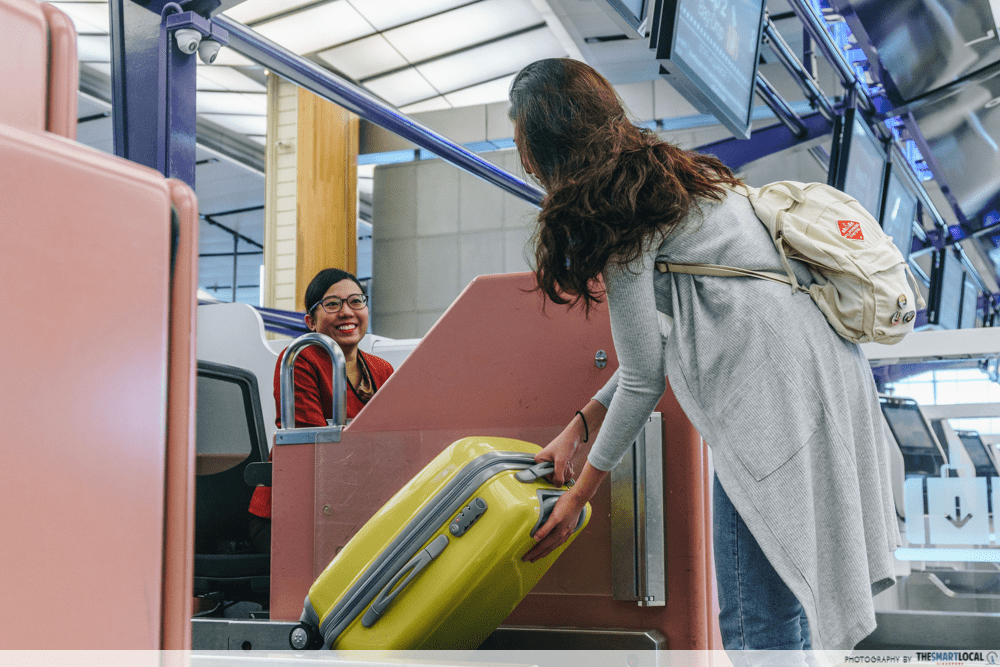 “I’m a working professional and my partner and I have been attached for 3 years. We have discussed marriage, moving in together, and if working overseas is a viable option for both of us.

Housing does pose a jarring obstacle in taking our relationship to the next level. At the age of 21, I recall [the time when] I was charting my life goals and chanced upon Singapore’s laws. I was very disappointed, and with the new announcement of the PLH model, I felt that this was clearly not an inclusive environment for singles and LGBTQIA+ individuals.

The rule made me question if the state values our contributions. It made my partner and I talk a lot more about financial planning and how to achieve this housing goal sooner than 35. I acknowledge the land scarcity in Singapore, but with any policy, there are communities that fall through the gaps that the government should look into. My initial plans were to wait till 35 or rent.

As there’s too much to think about, I would rather just migrate. No point in staying here when the government does not recognise us as equal contributions towards nation building.”

Advice to other LGBTQ+ individuals in Singapore: “Singapore is regressing in terms of casting a wider safety net for these communities that do not conform to their state interests. It is 2021, and the future seems bleak, so I would say to leave this country if suitable.”

7. “The main solution I can think of is to rent a place with my future partner”

“At 21 and having just started university, plans for housing aren’t at the top of my mind. However, I do often contemplate the challenges that await me in the future.

Overall, I’m pretty sure that Singapore’s LGBTQ+ policies won’t change much from now until I have to seriously think about housing. I’m a person who appreciates my own personal space and freedom, thus I would love to have a space I can call my own even before I’m 35. The idea that this aspiration might be out of my reach because I’m gay just sucks.

The main solution I can think of is to rent a place with my future partner if I choose to live with him before 35. But, I have the mindset that I would rather own than rent, so of course, it’s not an ideal solution.

Singapore doesn’t exactly have the best track record when it comes to accommodating individuals who don’t fit into its traditional mould. Given the fact that my career progression is tied to Singapore’s systems, migrating is not really something I would consider.

Unfortunately, I think Singapore isn’t quite ready to stray away from the emphasis on traditional family nuclei. For continued economic prosperity for the country as a whole, we still need the stability that the traditional family unit provides to society, though I very much hope this changes in time to come.”

Advice to other LGBTQ+ individuals in Singapore: “Be a bit more prudent with how you spend your money, especially if you have no plans to migrate. The reality is that affordability is more like a luxury for us. This is a reality we unfortunately have to accept, especially when it comes to housing.”

7 Members Of The LGBTQ+ Community Share Their Housing Struggles

Despite the discrimination and struggles the LGBTQ+ community has to go through in Singapore, these individuals remain resilient while looking for alternatives to go around the new law. As the saying goes, “when life gives you lemons, make lemonade”.

We can only hope that one day, Singapore will progress to be more accepting of all kinds of identities that do not fall under the heteronormative narrative.

Responses have been edited for brevity and clarity.
Cover: Images courtesy of Ariel, source.