No matter who you’re playing mahjong with, there’s bound to be that one friend who always wears something for good luck. If you’re in need of some extra huat yourself, why not spruce up your sure-win fit with these hand-painted mahjong kicks by local artist, Zovin.

With these custom mahjong Nike shoes, you’ll roll into the night feeling more than capable of scoring some big wins. 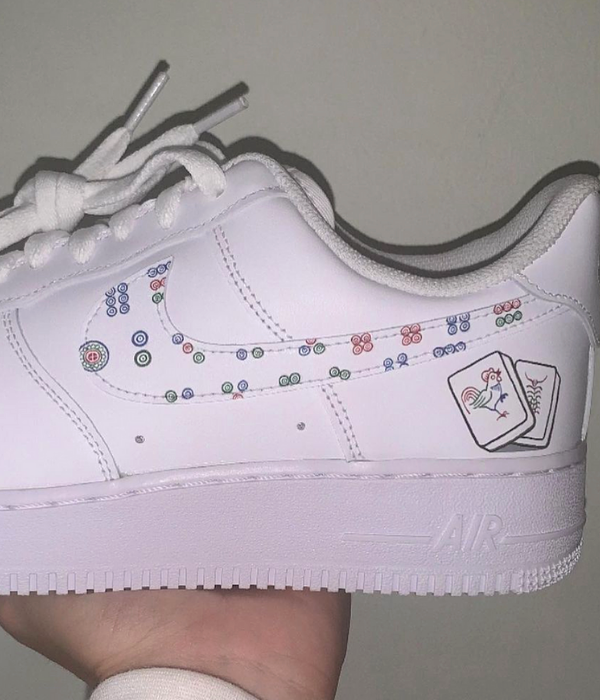 The mahjong AF1s come in 2 themes – an animal tile version and a wind edition. The first of the 2 includes the 4 animal tiles near the heels and has embellishments on the Nike tick. The rooster and the centipede tile are painted on one side while the other side features the cat and the mouse tile. The usual white tick comes with an elevated look as well, with the prints found on the circle tiles covering the entire thing.

All the details – right down to the rooster’s beak and swirls – are hand-painted with acrylics. The illustrations are amazingly made to look almost identical to the ones found on real tiles in the game. 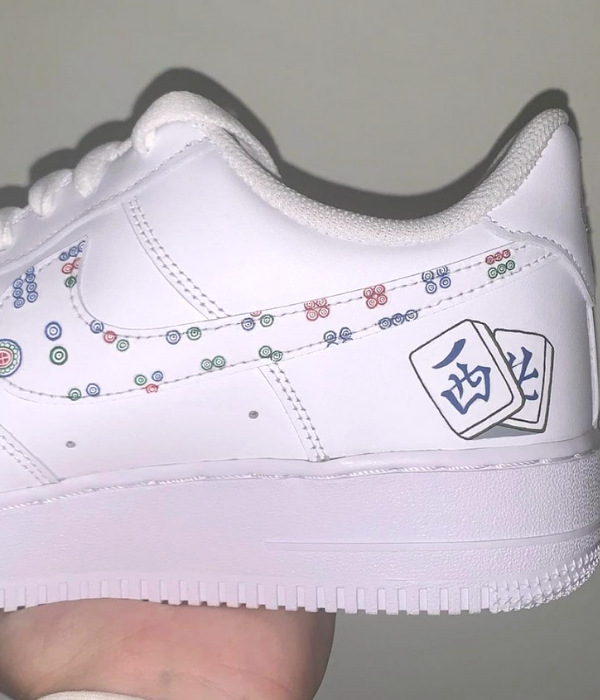 The second design features North, South, East and West wind tiles in a design similar to the previous. 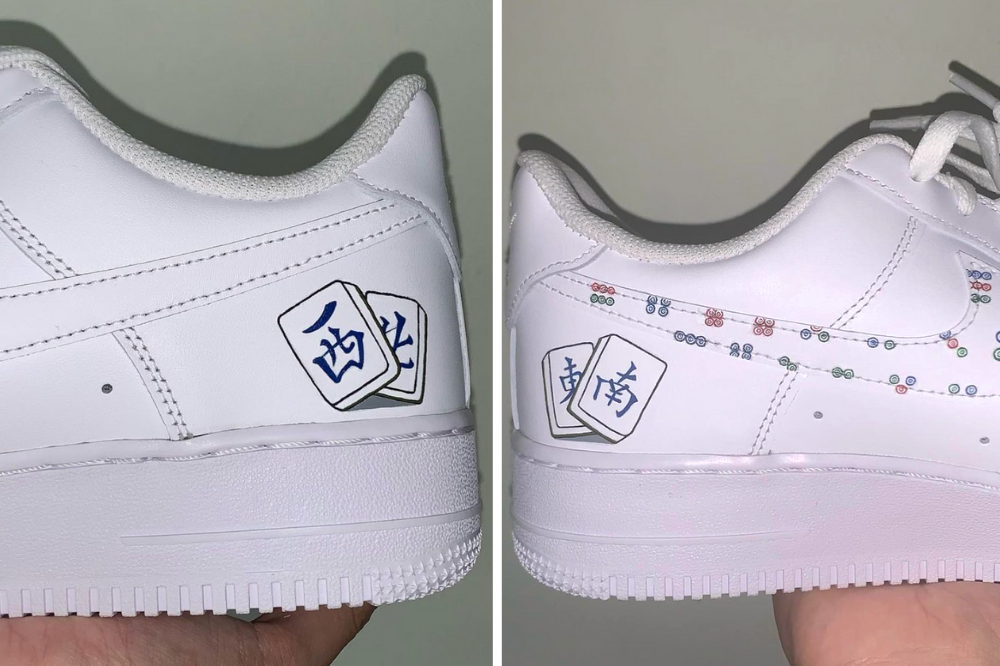 Each character is painted in blue, with the West and North tiles together while the East and South tiles are paired up. This version of the shoe also has the same additions on the tick, which jazz up the overall design.

The subtle yet intricate patterns give the kicks a stylish yet subtle touch, so you can match them with almost any outfit for a night around the sacred green table. 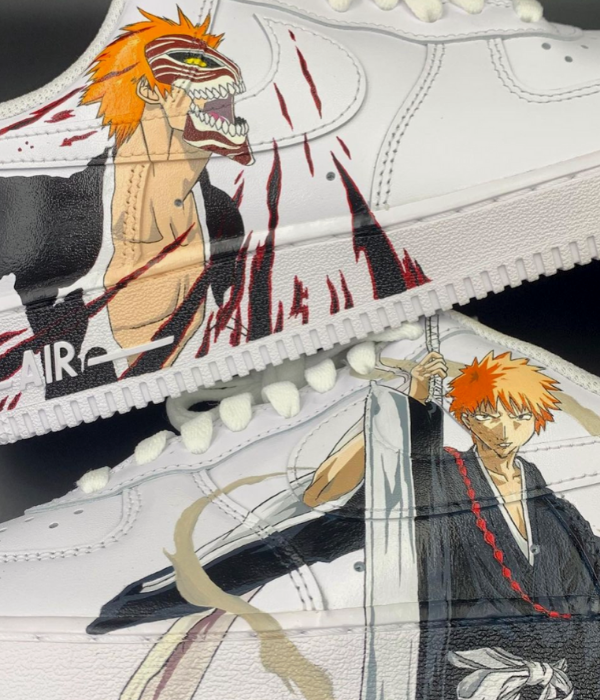 Aside from the mahjong Nike shoes, there are also many other sneakers that have been customised by Zovin. The designs include anime characters, like Ichigo Kurosaki from Bleach who has been painted onto this pair of AF1s above. Every aspect of Ichigo appears stunning, with even the shadowing taken into account when the shoe was created. 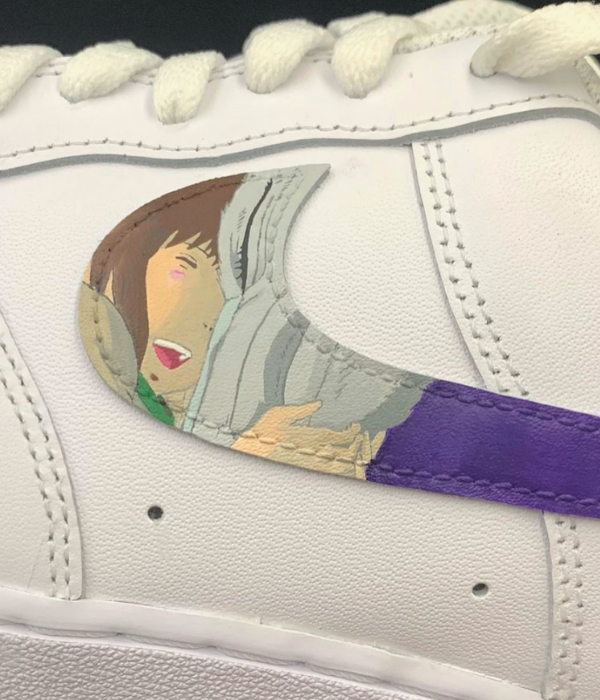 If you’re a nut for Studio Ghibli, the tick of this custom pair portrays Chihiro and Haku in a scene from the film Howl’s Moving Castle. 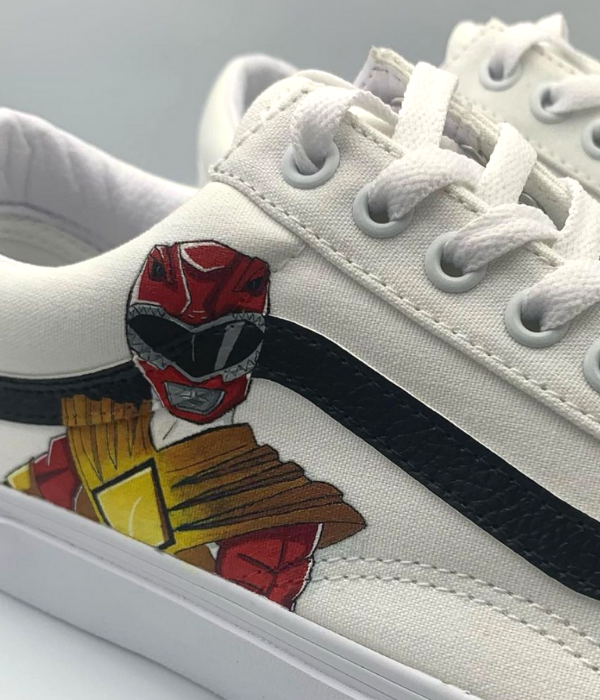 The sneakers don’t only consist of AF1’s – a Power Rangers design is painted onto the side of a white pair of Vans.  All the shoes are also sprayed with a sealant so you don’t have to worry about the motifs washing off on a rainy day. 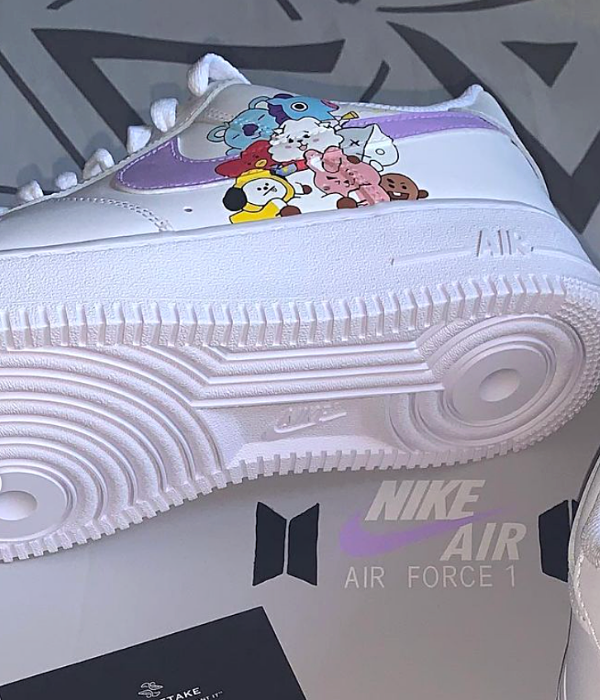 For all the BTS fans out there, you can spot a pair of BT21 kicks, with all the characters in a huddle on the upper – seriously dynamite.

All the sneakers, including the mahjong-themed pair, can be seen on Zovin’s Instagram, @doubletake_custom. The prices range from about $80 to $200, depending on the sneakers and design. Else, you can bring in your own shoes and have them customised as well.

If it’s finally time for you to make up for all the losses you’ve had this year, why not add some good mojo with these locally made mahjong kicks.

All images courtesy of Zovin.

Singapore Art Museum Now Has Mahjong Murals In Town, So You Can Take Běi-utiful Shots For The Gram