Singapore’s Circuit Breaker measures kicked off on 7 April 2020. After 2 excruciating months, couples across Singapore rejoiced when it was announced that Phase 2 would commence from 19 June 2020. At long last, their long-distance relationships would finally be a thing of the past. We asked 7 girls to share with us how 2 months of not seeing their boyfriends affected their love lives and what the Circuit Breaker period taught them about how to maintain a relationship moving forward.

1. Being apart made them more prepared to live together in the future 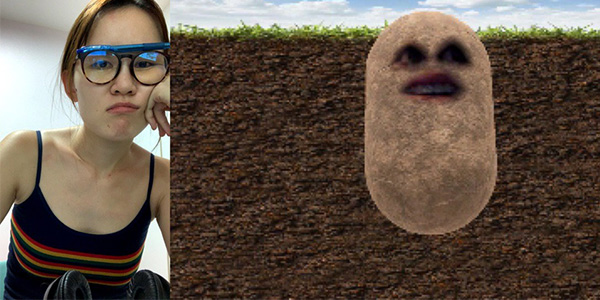 Amanda and her boyfriend on a Zoom call

“Both of us were busy with work during CB. I was involved in planning a livestream show and worked about 12 to 16 hours a day. Thankfully, my BF is also a workaholic. He holds 2 jobs as a project manager and game developer. He was really understanding and encouraged me a lot. Knowing my eyes were glued to the screen, he would go on the livestream to say hello and support me.

Because of how busy we were, communication wasn’t as frequent as we’d like. In a way, it [made us] reevaluate our relationship. Two years ago, I would have been a bit clingy and demanded more FaceTime. But our relationship is now at a stage where we are not as ‘needy’. We know what our common goals are, such as buying a resale flat together soon. We’re working hard to make as much money as possible to fulfil that dream.

We gave each other lots of space during that time and started to understand each other’s (unhealthy) work habits better. When we do live together eventually, I think we will have to balance out our work or computer habits. It appears that we can both sit in front of our desktops for hours and only get up to eat, use the loo or sleep.”
—Amanda Feng

2. You don’t have to do things just because other couples are doing them

“I really dislike phone calls and video calls so I didn’t hear my partner’s voice during CB. Seeing other couples do these things got me thinking if we should… but nah, it’s not our style. We still texted every day, just with more frequent video messages.

I missed his companionship the most. Things like holding his hand, having meals with him. But it wasn’t too bad. It helped that we are very independent people. We’ve always done our own thing and respected each other’s space even before CB.

Our relationship has grown in that we are more deliberate and thoughtful about our acts of love. I baked him some cookies and sent them over via GrabDelivery. He sent me some cheese because he knows I love cheese, things like that.

I’ve realised how important it is to support each other equally and not take my partner for granted. I’m the emotional over-thinker in the relationship and he’s the grounded one. He’s always listening patiently when I go on my tangents about what’s worrying me. I’ve been trying to give him the support he’s always given me.”
—Dana Rizal

3. Don’t be afraid to get out of your comfort zone 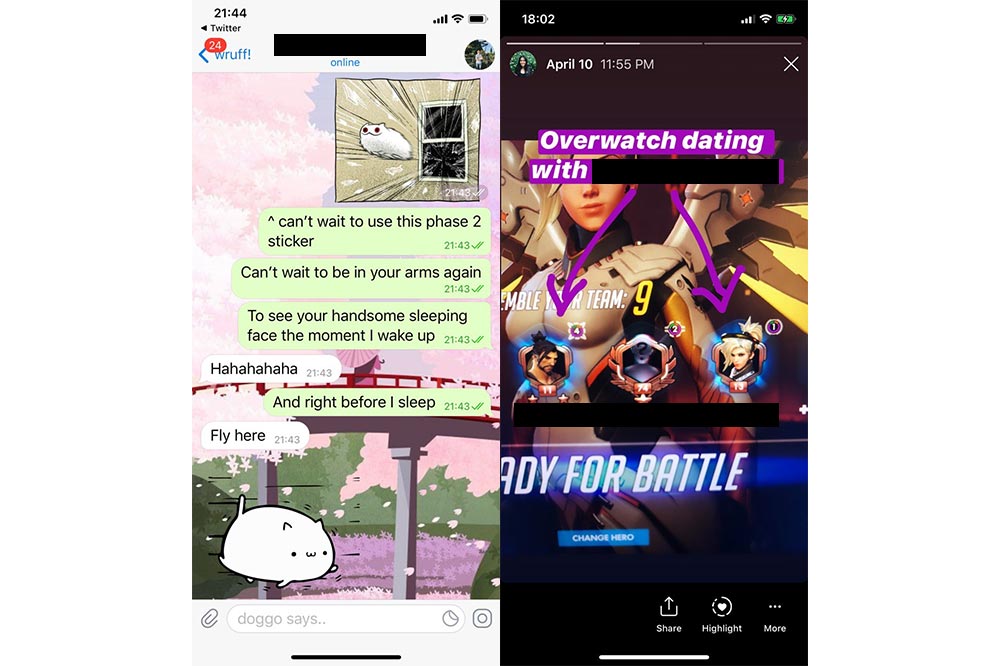 “I value physical intimacy a lot. Hugging or holding hands are some of the most basic ways I express my feelings and support to my boyfriend. Being away from each other for so long, even though we live just 2 MRT stops away from each other, was a challenge.

Initially, we had a few fights. When he accidentally did things that triggered me, he found it difficult to comfort me because his work was piling up. It was also hard ‘cause I couldn’t do anything to help relieve his stress. Words were our only comfort to each other.

But we’ve had more good times than bad. No matter how busy or tired he was, he prioritised spending time with me after he was done for the day.

To be honest, one of my main struggles was being forced to abstain from sex. I think sex is very important in a relationship. It’s one of the best ways to bond with your partner—physically and emotionally. During CB, there was so much thirst for my boyfriend and no way of fulfilling it. However, it gave us the chance to be more open and adventurous when discussing the topic over the phone. My boyfriend is quite shy when it comes to expressing these things verbally. I applaud him for getting out of his comfort zone and trying to be more expressive with carnal desires. It made me appreciate the chance to make love with him even more.

Trying to maintain a relationship during CB made me realise how important it is to have and be an understanding partner. Once I realised this and tried to be 200% accommodating with my boyfriend (and vice versa), our relationship has been very harmonious.”
—Amanda Yeap

4. Respecting each other’s personal space is just as important as finding ways to be together

“Our relationship had its share of ups and downs [during this period]. We got into arguments more easily since explaining things via text is harder than in person. Often, one party would wonder if they got the message across in as unhurtful a manner as possible. Other times, no matter how careful you were, things could still be taken the wrong way. Even video calls wouldn’t cut it, especially when we were both angry, so resolving disagreements was challenging.

We both struggled to find ways to keep things fun while keeping within the constraints of the restrictions. Most of the time, making do with technology like calls or playing online games together helped. But we couldn’t deny that the physical absence could never be overcome.

The disagreements were tough but being able to work through them together was proof that we are both committed to try and maintain the relationship. Respecting each other’s difficulties and personal space are as important as finding ways to be together all the time. Being on our own throughout CB showed us how much we trust each other, yet still have so much more to learn about ourselves.”
—F

5. No matter how chill a couple you are, you both need reassurance from time to time “I have always felt that [my [partner and I] are very laid-back. Because we knew that the Circuit Breaker was not a permanent fixture, I thought it wouldn’t change our relationship dynamics that much. That being said, I think [being apart for 2 months] did have some impact on me because I do rely on him for emotional support, and sometimes it’s hard to convey that via text.

When I was stressed about work or other things going on in my life, I did talk to him about it. But because he’s a very logical person, he would try to give me practical suggestions on how I should handle my stress. Although I appreciated the advice, sometimes all I want is a hug and for someone to tell me that everything is going to be alright. Luckily, he also tried to cheer me up in other ways, such as making gifs of cute animals and sending them to me.

While we’re very chill in general, I realised that it is still important to reassure each other from time to time. Because all forms of communication have moved online, even a missed text could lead to small arguments or unhappiness. Sometimes I unknowingly ignored his texts, and I realised that it could upset him. He made an effort to reply to me, and I shouldn’t have taken that for granted even though we’ve been together for so long.

It’s also important to make sure your partner feels supported emotionally even if you can’t be there for them physically. Some words of encouragement or a cute gif can lift your partner’s spirit and let them feel like they have someone to rely on.”
—Joie Tan

6. Don’t take time together for granted

“My boyfriend and I went on university exchange during different periods in 2017 and 2019. Since we’ve experienced a long-distance relationship before, we were quite accustomed to this separation. I mean, we’ve been together for 4 years. We don’t need to talk on the phone every day.

We are both super low-maintenance, so we sent messages, videos and calls over Telegram. Even though I’m not someone who likes to talk on the phone, I tried to do so from time to time because my boyfriend is an extrovert and he loves to share about his day. We started playing Maplestory together so we communicated through the game as well.

7. Make the effort to communicate even if you’re feeling lazy “Honestly, the [time apart] was not something new for us. We were in an LDR when I was studying in Australia for a year. We texted every day and Skyped once in a while, which was quite similar to the Circuit Breaker situation. However, since we were used to seeing each other IRL very often before CB, I did feel a bit sad not being able to hold his hands and lie on his shoulder when I was tired.

Initially, we worked out together on Zoom, played skribbl.io and just talked nonsense. Subsequently, I started a workout challenge with my friends so we stopped exercising together. Skribbl.io also got boring after playing it countless times. So when we did go on Zoom, we just talked about random stuff that came up.

It’s definitely important to have constant communication with each other. It’s easy to feel lazy but that is the challenge you must face together when you want to maintain a relationship. Make the effort to communicate, whether it is through texting or calling.”
—Lim An

Good things come to those who wait. After 2 months of expressing their love in various ways, be it through food deliveries or video messages, couples in Singapore could finally reunite from 19 June 2020. And even after they’re no longer apart, these are the lessons they will take away about how to maintain a relationship.