While Singapore is a rather multicultural country, it’s one thing to be friends with your neighbour of a different race, and another to marry him/her. From religious conversion to social stigmas, there are unique challenges that interracial couples have to work through.

Though we’ve heard from mixed race couples that have risen above and stuck together despite their obstacles, it doesn’t mean that they are completely rid of their fears for the future.

To better understand the struggles interracial couples face in our racially diverse country, we spoke to 12 couples who shared the biggest fears that they have about their relationships.

I’m Filipino, and my boyfriend is Caucasian. I’m terrified that if we were to ever have kids, people would assume that I was the nanny due to the ‘pinoy maid’ stigma in Singapore.
Caroline, 25

I always felt like I had to prove myself I’m Malay but I usually end up with Chinese girls. In the past, my biggest fear was living up to her parent’s expectations. Whenever I’d meet the parents for the first time, they’d ask me standard questions like: “What do you/your parents do for a living?”, “What are your future plans?” or “Where do you live? How many rooms are in your flat?”.

I always felt like I had to prove myself and show that I can do as well, or even better, than what the public expects. Luckily in my current relationship, I was accepted by her family and friends within seconds. No doubts, no questions, just happiness.
Fai, 28

I’m afraid of the social stigma that Malays don’t aim high—they just want to ‘relak’. Quite often, Malay guys experience this: when the girl tells her parents what job he has, they’ll assume he has no goals or dreams unless he’s a lawyer, director, etc. And if you make one slight mistake, they might go, “aiya because he’s Malay lah.”
Fadhil, 26

Getting stared at makes me feel judged

Sometimes I feel like our relationship gets perceived negatively in public. Maybe I’m just paranoid, but we seem to always get extra attention. Getting stared at all the time makes me feel uncomfortable and judged to the point where I don’t want to show any form of PDA, causing tension in my relationship.
Jake, 21

My biggest fear is that my family wouldn’t attend the wedding if we were to get married. I love my boyfriend, but I still love my family more. If it came down to making a choice, I would probably end my relationship—even if it means sacrificing my own happiness.
Nicole, 26

Our families act nice to our faces, but they don’t approve of us

I’m Chinese, and my boyfriend is Malay. Our families act nice to our face, but I know they don’t really accept us. The fear that we both share is that deep down our families won’t accept our love.

The older generations, like our parents and grandparents, remain traditional in their outlook. So whilst they act nice to our face, deep down I know they’ll always feel like it’d be better if we were dating someone of the same race.
Sasha, 21

With different upbringings, we might have different priorities in life. My boyfriend is English and I am Chinese. Growing up in a typical work-oriented Asian environment, I make it a priority to chase my ambitions while I’m young. However, being as “chill” as he is, he doesn’t aim as high as I would like him to.
Stephanie, 22

Deciding Where To Settle Down

Where should we call ‘home’? 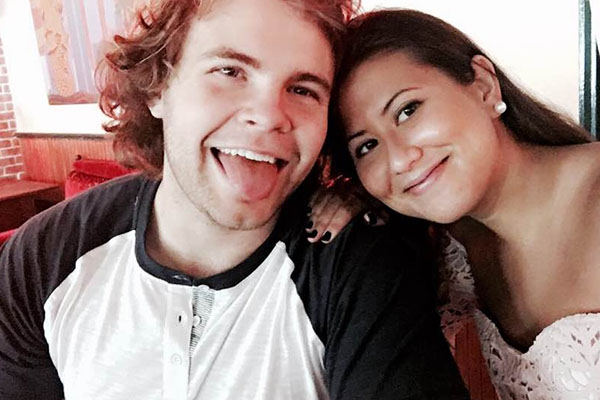 We’re in a long-distance relationship, and we both love living in America and Singapore. My fear is that if we became serious enough to move for each other, we wouldn’t be able to agree on a place to settle in and call ‘home’.
Marissa, 23

My boyfriend is British, and I’m Muslim. We’re moving to Manchester this year and I’m terrified of the hatred or negativity I may get there. Our time in Singapore has been great, but relocating to a country that had recent terrorist attacks is making me nervous—I guess anything for love.
Lindsey, 26

I’m Muslim and my boyfriend’s Christian. He used to follow his parents’ belief, Buddhism. Thinking about marriage scares me because he’d have to convert to my religion. There was already tension that he converted from Buddhism—converting again would create even more controversy. To add more fuel to that fire, he’s a minister at his church.
Haya, 22

If we were to get married and have kids, I’m worried we’ll have to pick a religion for them. Neither of us would want to offend our relatives, but both our religions are equally important to us. I don’t even know how we would begin to address the topic.
Jennifer, 23

Like all relationships, there will be ups and downs where you’re forced to weigh the good and the bad. Ultimately, facing these hurdles together can strengthen the bond and make the relationship stronger.

And though we can’t do much to change the mindset of others, we can try to understand the struggles interracial couples face and promote an environment of acceptance.