While we can say that society has taken huge steps towards accepting the notion that love comes in all shapes and colours, there’s no denying that divides still exist. Although our own little island advocates racial harmony, we’re still a leap away from becoming a truly accepting melting pot when it comes to dating.

These 10 interracial couples share their trials, and how they overcame them to become stronger and better, together.

I learnt Arabic for him

He’s Arab and I’m Indian. We had a language barrier at first because he didn’t speak English and I didn’t speak Arabic so I took it upon myself to learn Arabic so we could communicate. Initially, my father didn’t want me to marry someone from a different culture, especially of Arabic descent because of the stereotype that they’re violent. But I knew that what I had was something worth fighting for. My father almost didn’t make it to my wedding and my grandfather didn’t attend the wedding in defiance. It was a bittersweet moment when I finally got married.

15 years on, we now have five beautiful kids and I’m happy with my decision. My marriage paved the way for even more mixed marriages in my extended family; it proves that it is possible to be happy despite being so different. It might not be easy, but that doesn’t mean it’s not worth it. My advice to every couple is not to compare yourself with others. Forge your own path and legacy!
Ariqa, 58

It’s a fun way to learn about different cultures Most Thais are very staunch Buddhists. As a Catholic, I’ve learnt to become more accepting and participative in the different aspects of our cultures. My boyfriend’s becoming a monk for 10 days in the summer and I’m fully supportive of it. Besides, Thai food and Bangkok shopping are amazing so that’s an awesome bonus too!
Annabelle, 19

“Omg, your boyfriend is Chinese???” is something I hear a lot, even after two years of being together. I think what most people don’t understand is that nobody looks at skin colour when they start to like someone. Despite the weird looks we get, being in an interracial relationship is like being in any other relationship. People think we have this huge culture difference when really, we share the same Singaporean culture.

Whether it’s learning crude Hokkien words from him or making him watch trashy AF Bollywood films with me, the cultural differences make the whole relationship more interesting. He’s benefited my life in many ways, from seeing a TCM doctor without worrying about the language barrier to knowing what’s best to order at Swee Choon.
Sneha, 19

One thing that brought the two of us together was our ambiguous racial identities. He’s Chindian, I’m Chinese Indonesian, and we can relate to not feeling like we belong to one group or the other. I often get scolded for not knowing how to speak Mandarin, but he gets impressed smiles when he’s able to speak Mandarin to hawkers. In that way, he lets me see a part of myself that I feel disconnected with.

Similarly, I bring my Indonesian side to him and show him what it’s like (haze aside of course). When we went to Indonesia together for a class trip, one of my proudest moments was when he told me, “Thank you for showing me how beautiful Indonesia can be.” Together, we explore the world very differently and we’re able to see how beautiful life is.
Mary, 21

It affects how others see us

The biggest interracial problems would be our family and friends’ reactions. We haven’t told her dad because we’re sure he’s against it but at least her mum has warmed up to the idea of our relationship. Even our friends were surprised in the beginning, but they’re cool with it now. I’m still bad with curries and spicy food and she finds most Chinese food bland, but we’re warming up to each other’s cuisines. Honestly, most of our problems are the same as any other couples’.
Xiaoming, 19

Our races don’t affect things between us, but it does affect how others see us. I knew what my parents’ reaction would be. “Oh but he is Indian, he doesn’t do this, he won’t eat that.” But I still feel the difference between us isn’t that great. It’s not a big problem now but in the long term, I suppose we’ll be required to adapt to different cultures even more than we do now.
Lynn, 19 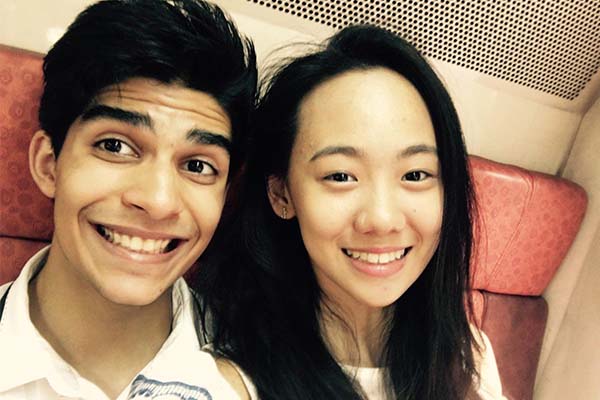 When I was five, my mum made me promise I wouldn’t marry an Indian. But her worst fear came true because I’m dating one now! She’s very traditional, but I know where she comes from. She says things like, “Oh, can you not marry Arnav? Later your kids will be very black,” and it really stings. We’ve been together for three years and she still doesn’t accept him—even though she admits he’s a great guy.

I still try to show her that he’s more than just his race. My message is: people are more similar than we know, a lot of human experiences are very universal, and I hope that society realises this and becomes more accepting.
Rachel, 19

Understanding someone on a deeper level goes beyond race

I’ve learnt that you can be with someone of your own race and similar upbringing, but still feel empty if you two don’t understand each other on a deeper level. In the end, the most important part of the relationship is communication.

Along the way, being insecure is something that always happens on both sides. You’re going to be insecure about how long your relationship will last, whether it’s worth going against your parents’ conventional mindsets and whether the two of you are still on the same page even after a few years. The insecurities used to creep up on me but with time, I learnt how to handle it.
Melinda, 22 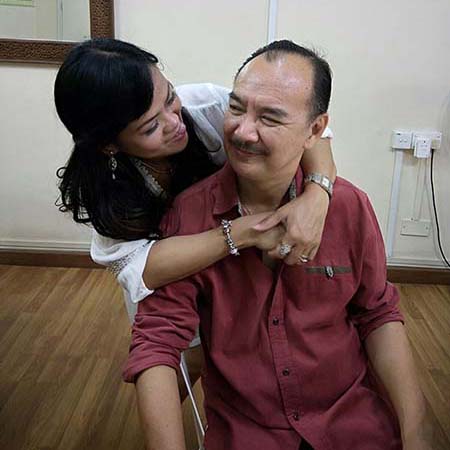 I’m Chinese and my wife is Filipino. Even though we were born in different countries, we didn’t struggle much in connecting with each other as we found many similarities between our upbringings. After all, we both treasure having a strong Kampong spirit. So for us, there wasn’t much of a problem when it came to our marriage.

Instead, it’s exciting—our mixed cultures will bring vibrancy to the destinies of our children and the generations to come. I don’t believe our races clash. In fact, they complement each other. I think that’s why my children like Filipino food and Singaporean food equally, and our dining table always has a mix of both.
Steve, 60

I’m Eurasian and my boyfriend is Indian, so it’s not often we see other couples like us. And that’s hard because it means we get a lot of weird looks, and it also means we don’t have “role models”. Interracial representation in the media is already so low, let alone a mix as specific as ours.

I remember one date in particular when my boyfriend and I came face to face with another couple who looked just like us, but about ten years older. It was like looking into the future. Seeing it work out for another couple gives me hope that it’ll work out for us too.
Michelle, 19

Being a mixed race couple in Singapore

At the end of the day, a relationship is between two people. Dating someone of a different culture could even allow you to experience more within your relationship. The world is enormous—to be able to explore it with and through the person right next to you? Priceless.

12 Mixed Race Couples Reveal Their Biggest Fears About Their Relationship