Since the curtain for Netflix’s Money Heist came down last December, Money Heist: Korea ‒ Joint Economic Area, aka the Korean version, was the next drama I was looking forward to for many reasons. See, I’m a sucker for K-dramas by Netflix like Squid Game and All Of Us Are Dead, and I’m a fan of the OG Money Heist series – so this was the best of both worlds.

Plus, ever since Netflix revealed the star-studded cast that comprised veteran actors like Park Haesoo and Lee Wonjong, Money Heist Korea was immediately on my must-watch list.

With that, I binge-watched the series once released, and boy, was I yearning for the next season. From the characters’ backstory to the subtle touch of Korean tradition, I was impressed by how this version of Money Heist differentiates from the OG series. Read on if you’re curious to find out about the differences and similarities for yourself.

Warning: Spoilers for Money Heist: Korea ‒ Joint Economic Area ahead, proceed at your own risk if you’ve yet to watch the series!

1. The brains behind the heist is different 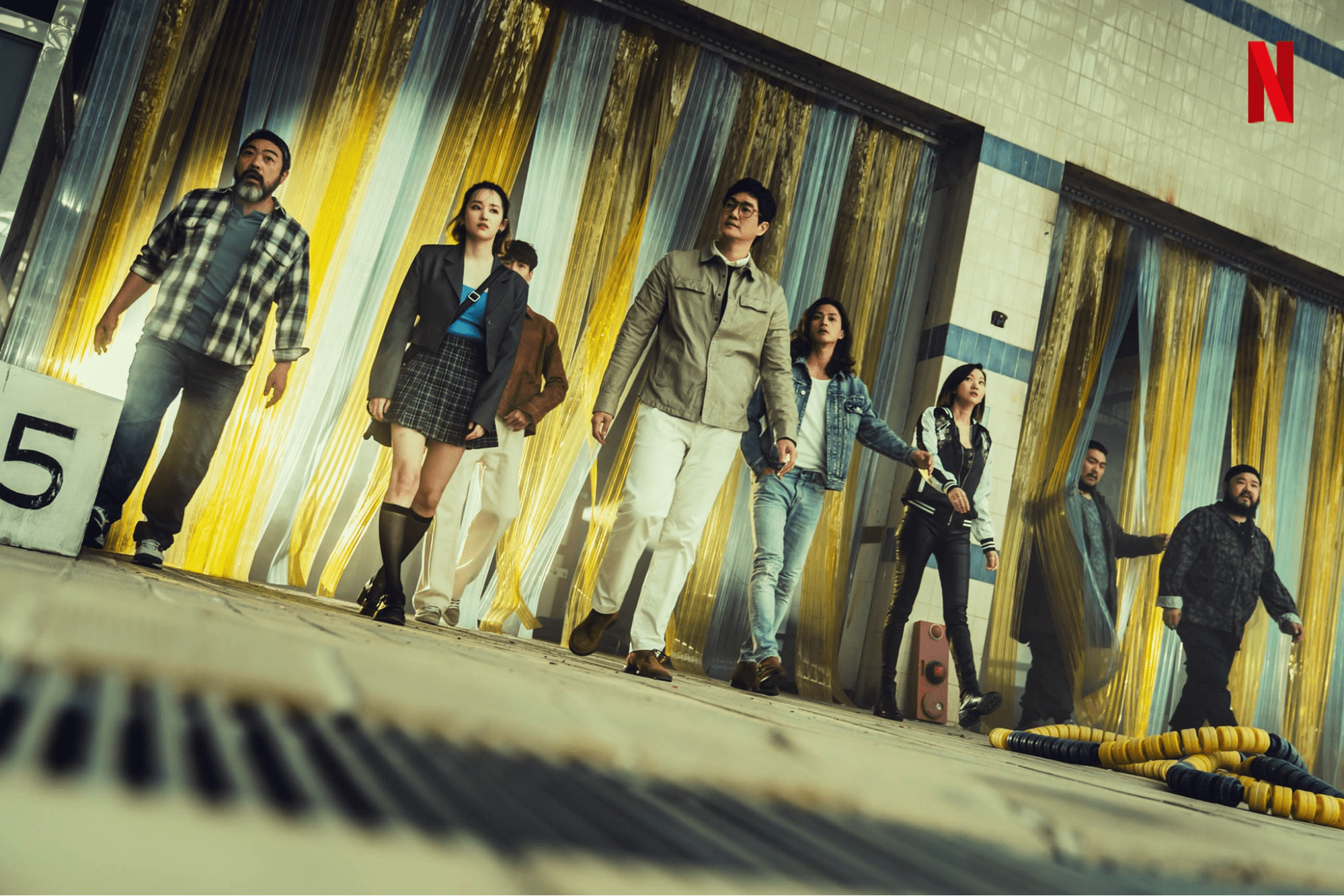 In the original Money Heist, the plan to pull off a heist at the Royal Mint of Spain actually came from the Professor’s father. However, since he died from a bank robbery, the Professor wanted to honour him and conduct the heist.

As for Money Heist Korea, the series has yet to show if the Professor was the one who came up with the plan. However, seeing how the producers tweaked the backstory of each character,  there is a high chance that the plan solely came from the Professor.

2. Professor and Seon Woo Jin were already “dating” before the heist 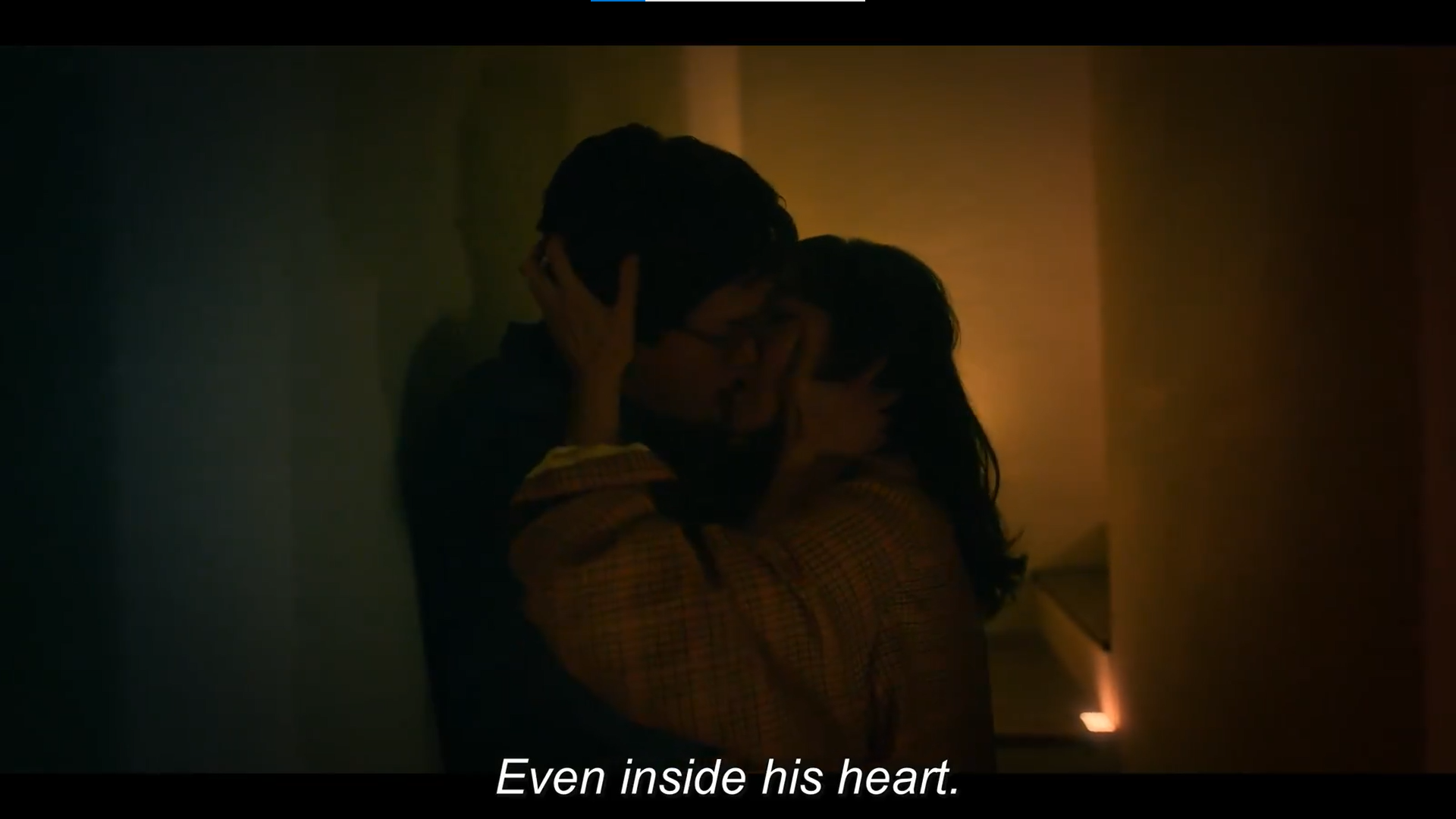 Every fan of Money Heist would know that the Professor is extremely meticulous when it comes to planning. But the Korean version took me by surprise when they revealed that he was already “dating” Seon Woojin, the lead negotiator from the police force for two months prior to the heist.

In the original series, Raquel, the lead negotiator met the Professor at a cafe and later fell in love with him. The flow of the story seemed more convincing, as compared to the Korean version that didn’t explain how the two met.

Although both versions depicted them as a couple eventually, the abrupt announcement of them already knowing each other before the heist in the Korean version seemed a lil’ sus.

3. Captain Cha plays the role of Ángel in the original Money Heist series 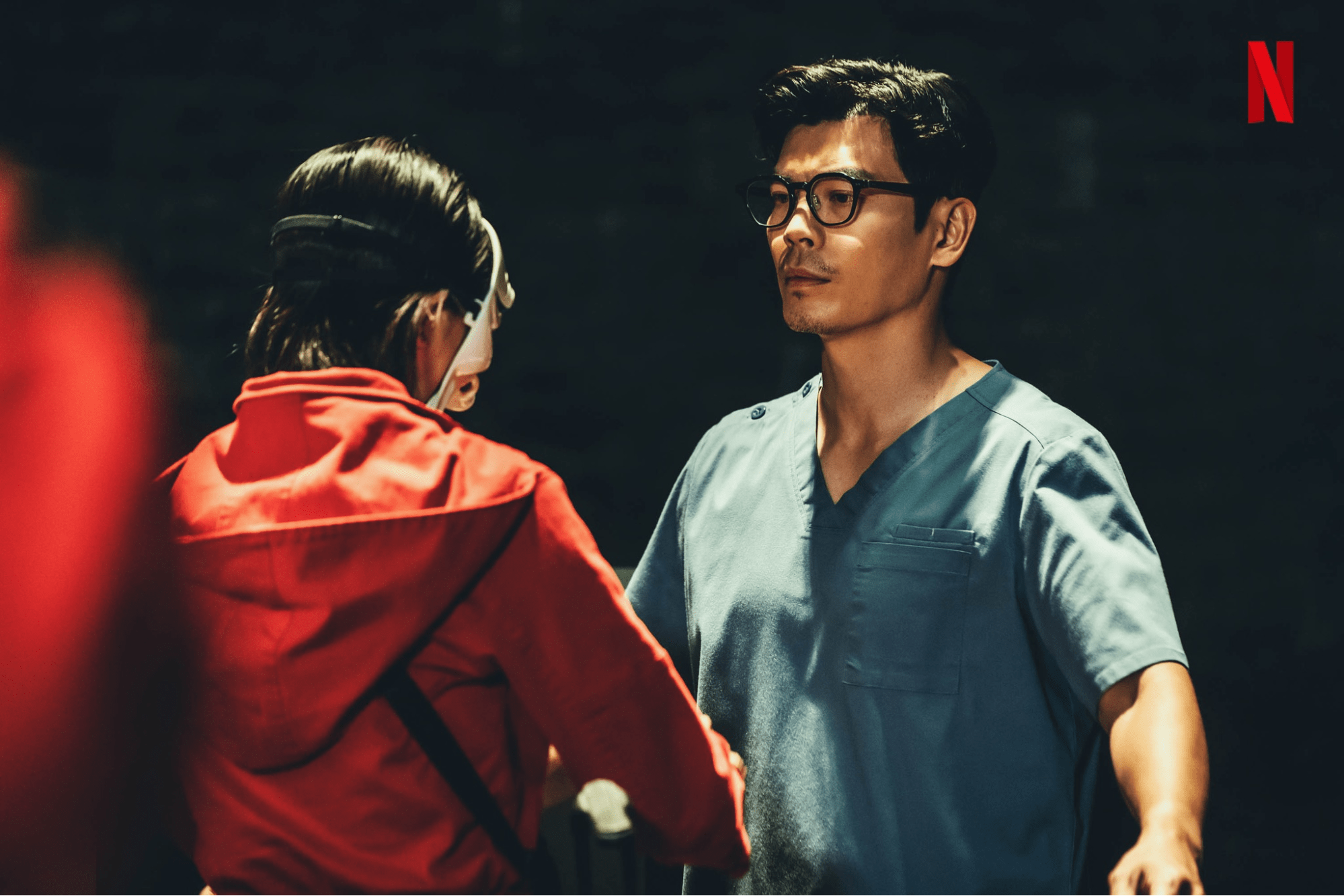 Since the setting of Money Heist Korea differs largely from the original series, the producers needed to introduce a new character that plays the role of Ángel. If you recall, Ángel is a fellow investigator who had feelings for Raquel.

As an alternative to the role of Ángel, Captain Cha was created and he followed closely in the footsteps of Ángel. Despite having a different backstory, Captain Cha showed similarities to Ángel such as suspecting the Professor was actually the guy Seon Woojin was seeing.

4. Berlin was from North Korea and stayed in a prison camp for 25 years 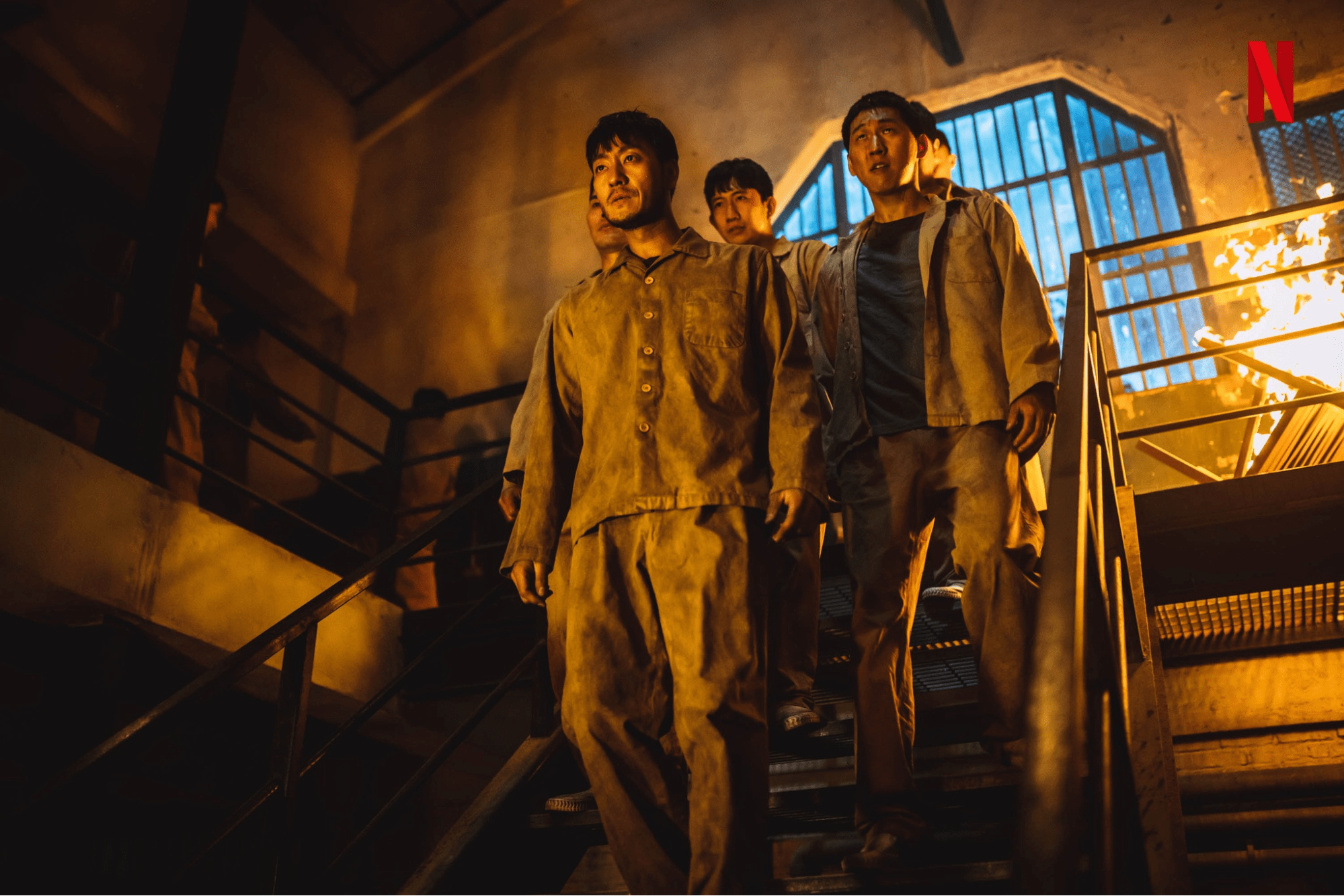 The Berlin we knew from the original series is a notorious jewel thief who committed many robberies and barely left a trace behind. On the other hand, the Korean version of Berlin is from North Korea who attempted to defect with his mother when he was younger. Since the defect didn’t turn out to be a success, he was thrown into a prison camp and lived there for 25 years.

Subjected to forced labour and physical abuse, Berlin ended up in solitary confinement where he went against bullies and killed another prisoner. Eventually, he earned respect from other inmates and gained a following before he executed a guard and escaped from the prison camp.

5. Professor was a former university lecturer who majored in economics 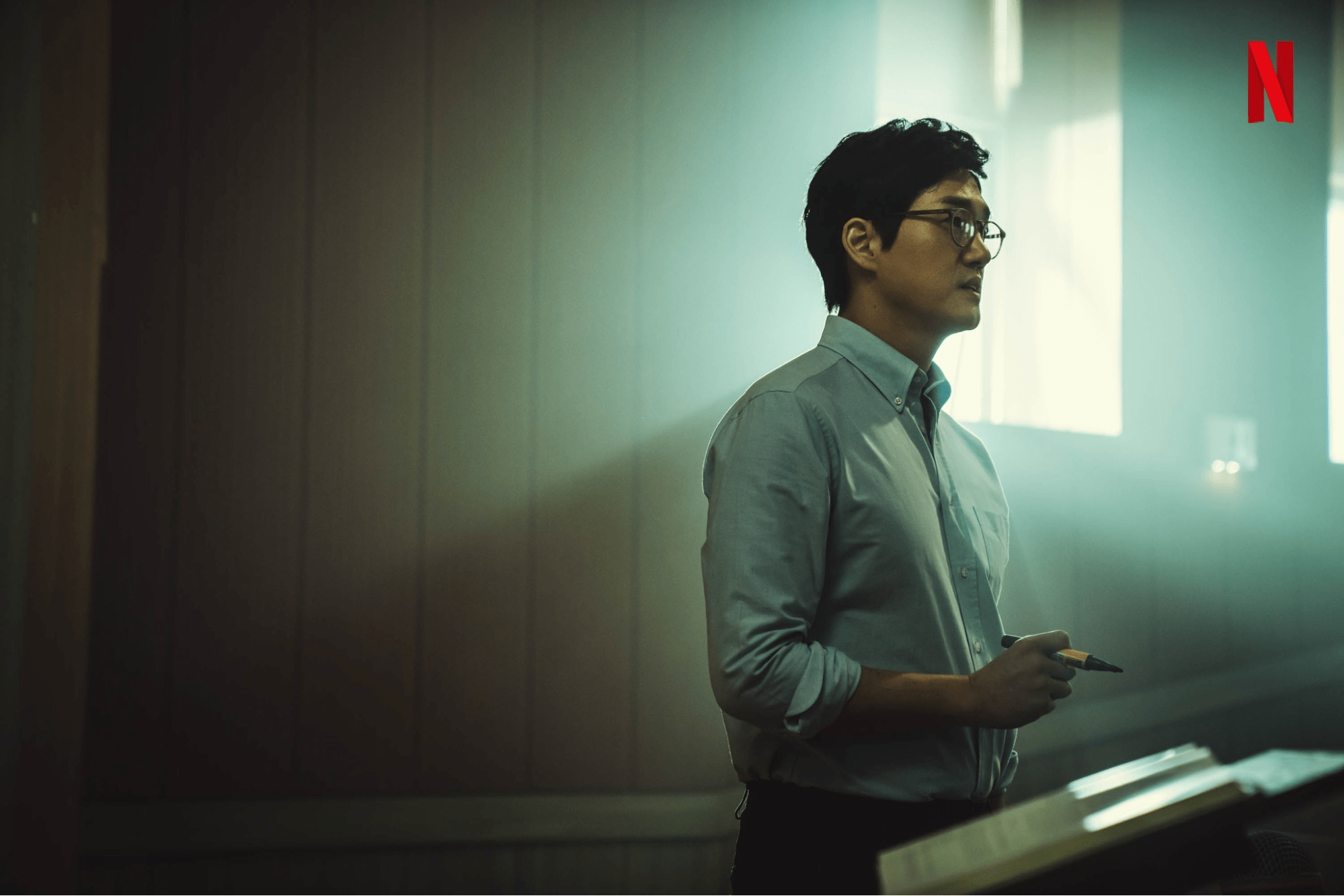 The Professor had many identities in Money Heist Korea ‒ a mastermind, a coffee shop owner, and a former university economics lecturer. His last identity did come as another surprise for some, as the OG Professor didn’t have that many roles.

His major in the economic impacts of reunification suggests that his studies might have contributed to his motivation to conduct the heist. As he didn’t enjoy seeing the rich getting richer in South Korea, and wanted to conduct a heist to “redistribute” wealth between the two countries.

Adding on, he also believed that the reunification would become imbalanced, especially if one country is richer than the other.

6. The masks were used to mock the aristocrats in the Joseon Dynasty 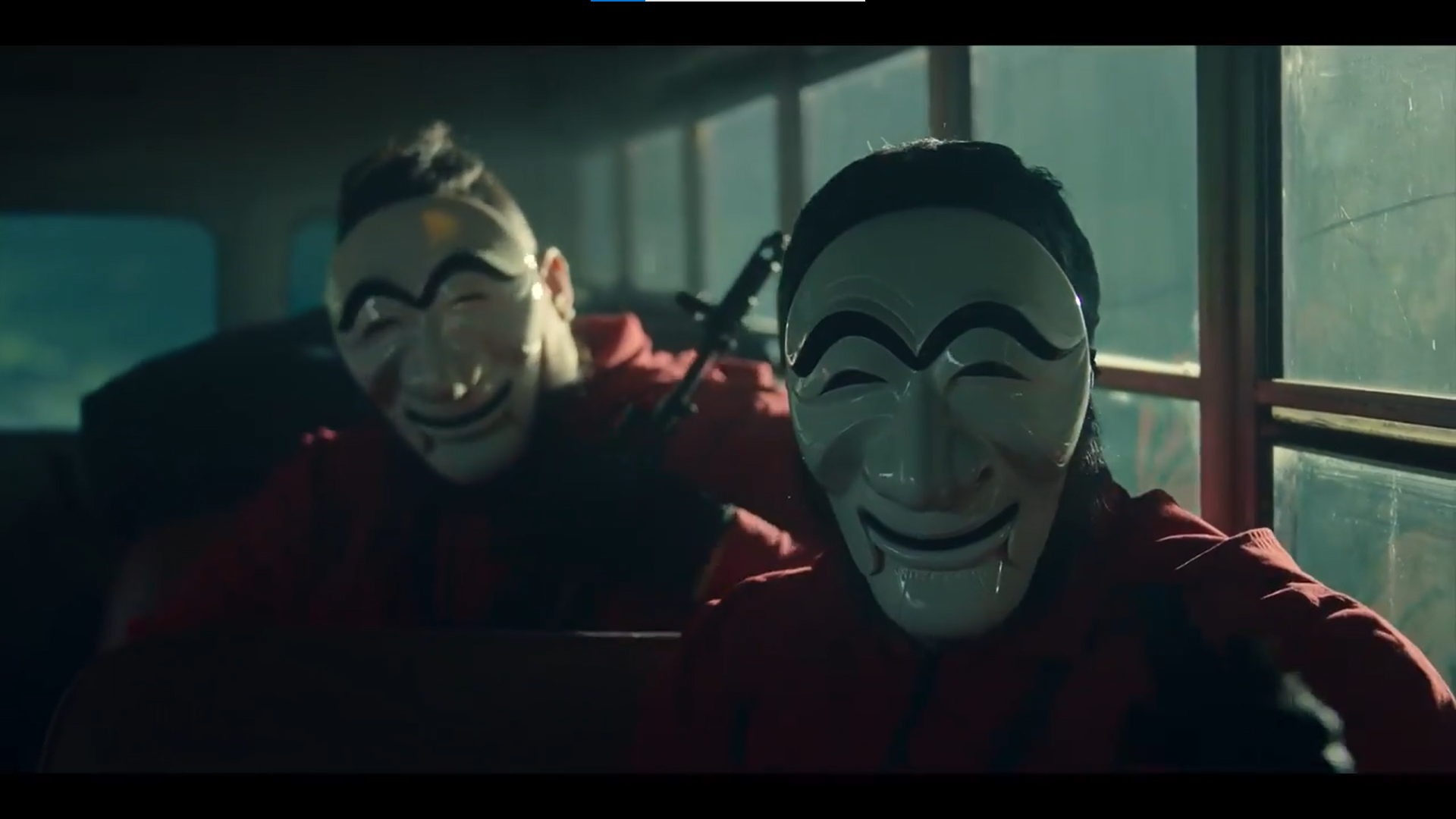 Masks are more than just about protecting the identities of the gang members in both versions of Money Heist ‒ they also hold the subtle meaning of mocking the government.

In the OG series, Dali masks represent the resistance against the system, and in the Korean version, they use Korean traditional masks aka Hahoetal masks. For better context, the Hahoetal masks were worn by performers in the Joseon Dynasty to mock the aristocrats and the capitalist society.

In a way, they were also using it to mock the police and government who failed to take control of the heist despite having so many resources.

7. Tokyo and Rio weren’t an item yet 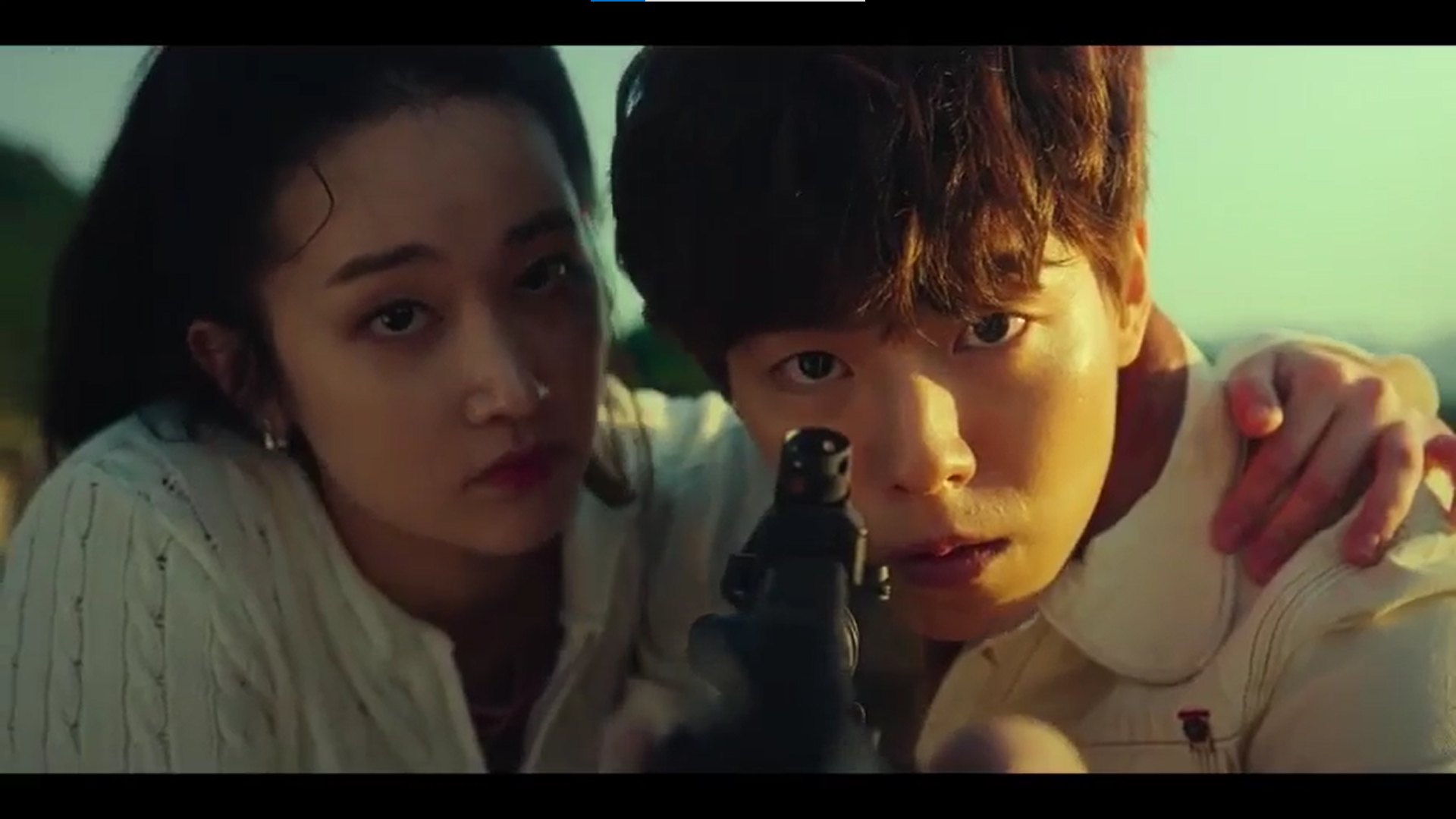 One major difference between the Korean and original version of Money Heist is the fact that Tokyo and Rio weren’t an item yet. As only the first season of Money Heist Korea has been released, there is a chance that the two might get together in the story later.

For those who caught the OG series, you would remember that Rio proposed to Tokyo on the first day of the heist. Plus, the two were quite chummy throughout the series. As for the Korean version, Rio showed interest in Tokyo, but Tokyo didn’t seem to quite reciprocate his feelings.

Perhaps because the producers wanted to focus mainly on the development of the heist, they didn’t cover Tokyo and Rio’s relationship as much.

8. Both versions of Money Heist touch on the economic divide in a capitalist society 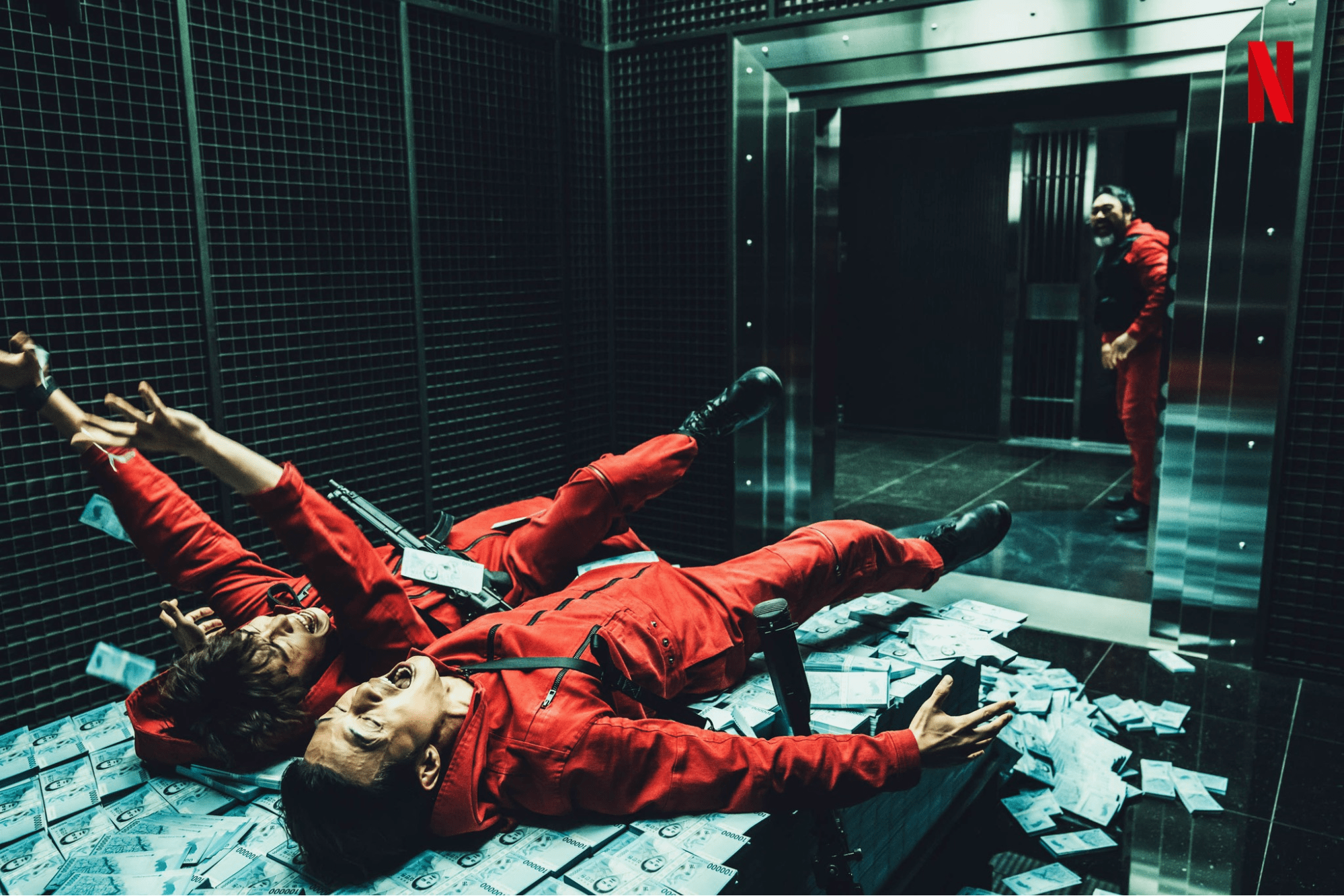 Many times, robberies happen for a specific reason, and in both versions of Money Heist, the heist took place with the aim to “redistribute” wealth. They both touch on the economic divide in a capitalist society, and the Korean version emphasises this by focusing on the reunification of South and North Korea.

Plus, the Korean version also made use of the characters’ backstory to highlight the economic divide. For instance, Tokyo left for the South in the hopes of living a better life, but despite working so hard, she still ended up at the “bottom”.

9. Denver falls in love during the heist 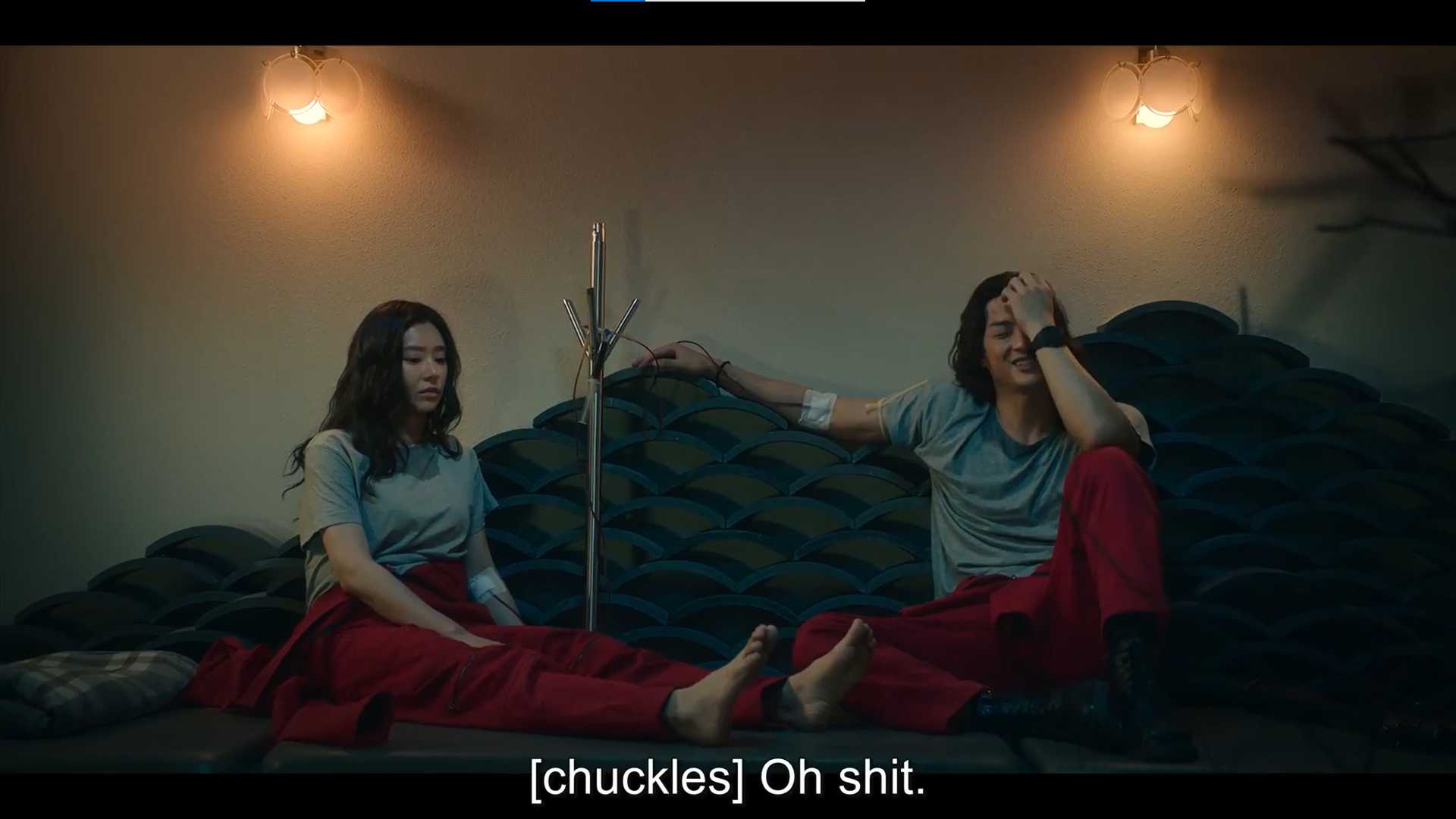 Denver might be gullible, but his loyal and caring attitude as a lover is a desirable trait for some ‒ perhaps why Miyeon fell in love with him. As a quick recap, Miyeon is a hostage who works at the Mint and is pregnant with the child of the Mint’s director.

Viewers get to see the mutual attraction between Denver and Miyeon, which is similar to how it was portrayed in the original series.

10. Characters Arturo and Director Kim are still as annoying as before 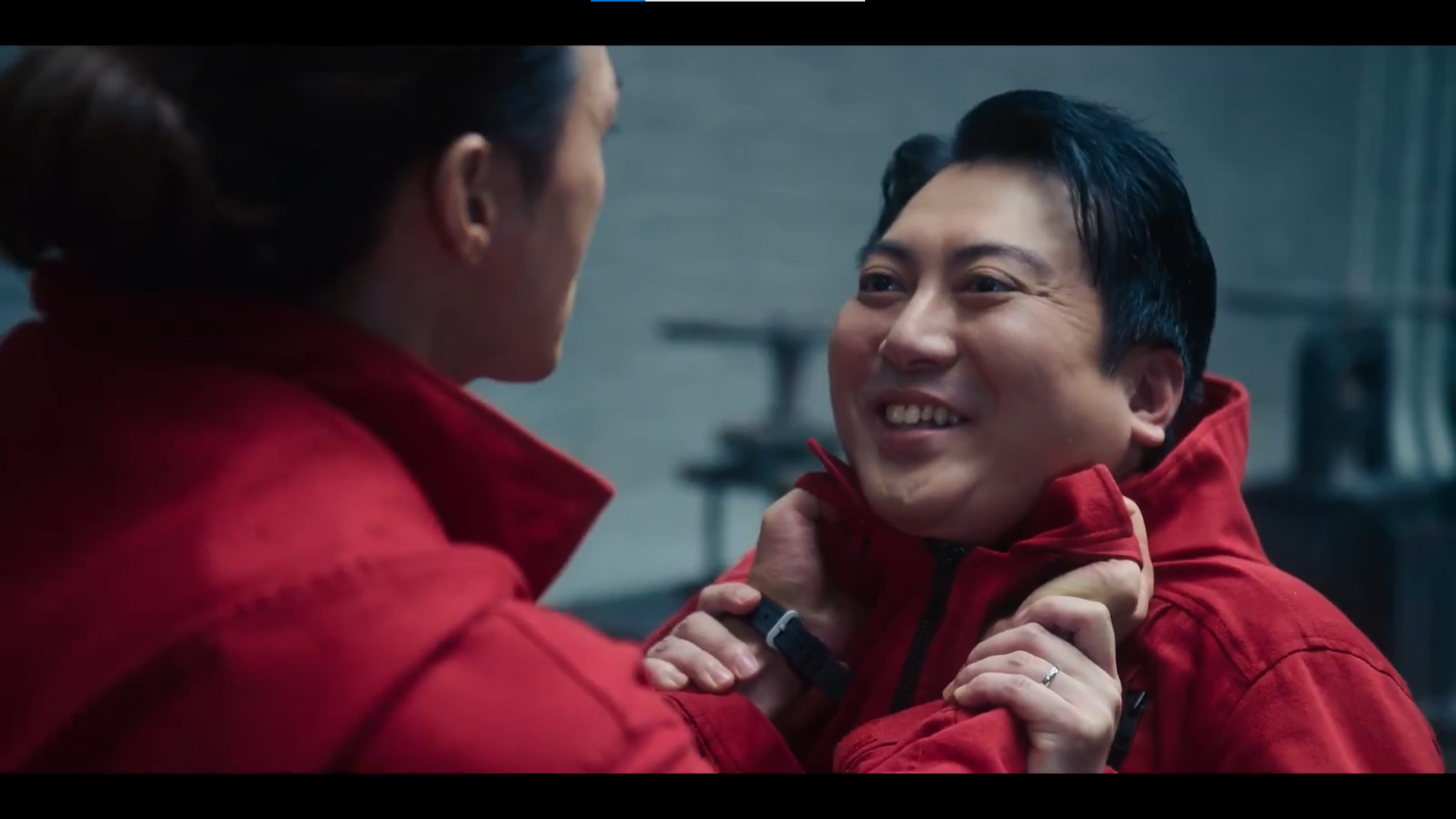 During life-threatening moments, it is normal for humans to unleash their selfish nature even if it involves risking the lives of others. In both versions of Money Heist, we saw characters like Arturo and Director Kim, who are the directors of their respective Mints, gaslighting and causing trouble for other hostages.

Not only were their behaviours annoying AF, but their ugly personality as a father and a partner also disgusted many viewers like myself.

As a viewer who watched both versions of Money Heist, it is safe to say that they are two different series each with their own unique appeal. The OG version managed to capture and portray the essence of a heist, and the Korean version focused more on cinematography.

While I felt that the Korean version lacked elaboration on the characters’ relationships, the series did a pretty good job of introducing Korean culture through props like the Hahoetal masks. It could have been even better if they also had their own anthem like “Bella Ciao”, which was used in the OG version.

Nonetheless, since only the first season of Money Heist Korea was released, we might see further development when Netflix drops the second season.