OCS Singlet Is Laden With Meaning

“Ew, put on a real shirt. But those biceps though…”

Not wanting it to just be a fetish or elitist symbol, I dig up stories behind the singlet from people who have been through OCS and those who have dated them.

OCS helped me see what true friendship looks like 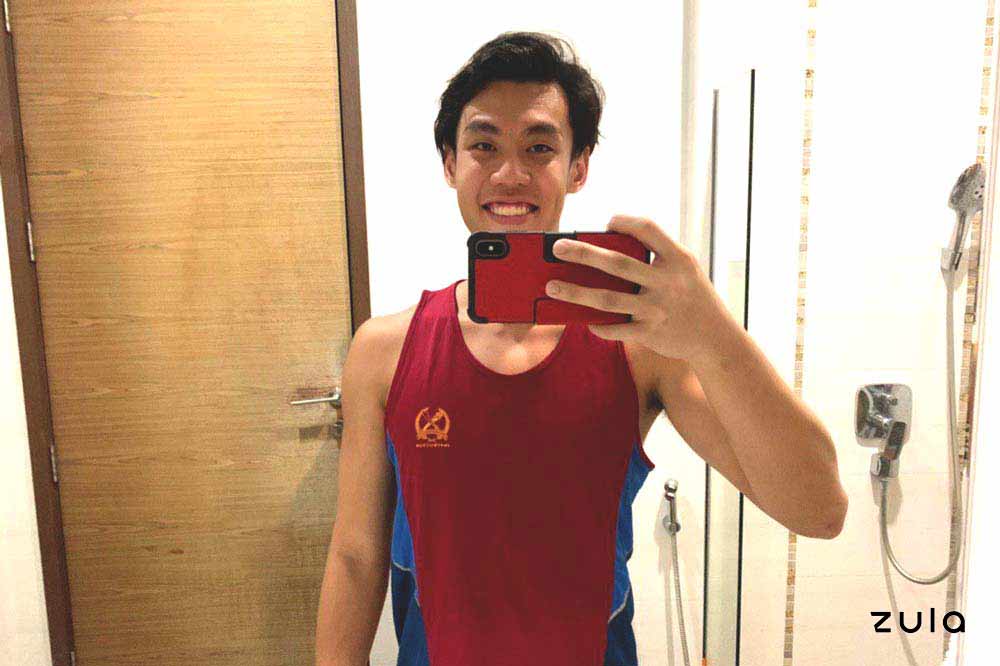 “OCS was very grand so booking in didn’t feel like a chore,” explains Han Bin. In school, he had always been involved in a team sport, so the camaraderie felt extremely comfortable for him.

He maintains that most officers are humble while inevitably there are a few cocky ones who ruin their reputation.

“There’s a thin line between confidence and cockiness.”

His service term went by smoothly, with fellow cadets being extremely encouraging and supportive.

However, things took a dark turn when he was posted to be a combat engineer officer in his professional term. He hated spending precious weekends studying, because the exams are where “almost all your assessment comes from.”

Despite being from Hwa Chong JC, he didn’t do well in the military exams. As a result, others from another elite JC saw him in a different light. It was expressed through jokes with a tinge of condescension. 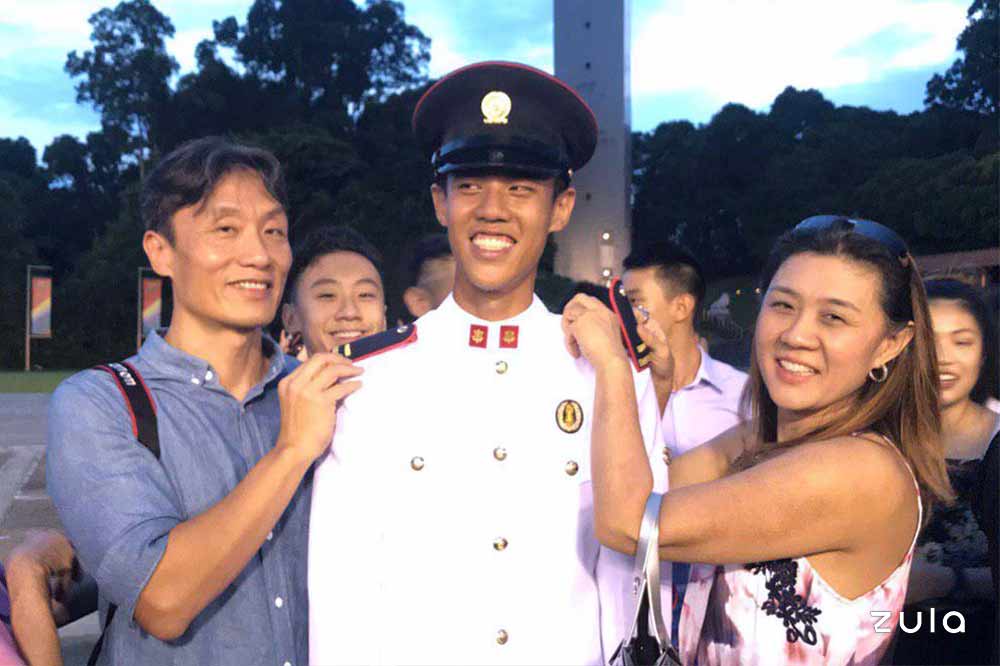 Han Bin and his parents on Commissioning Day

However, Han Bin still recounts his OCS experience positively. He was touched by peers who showed small gestures of concern, such as offering him a drink during duty, or turning back to help him carry 20kg jerry cans, despite having finished their chores.

Overall, it sharpened how he looks for friends: people who will stick by him through thick and thin. To Han Bin, the singlet represents friendship, loyalty and kindness.

Being ostracised gave me panic attacks 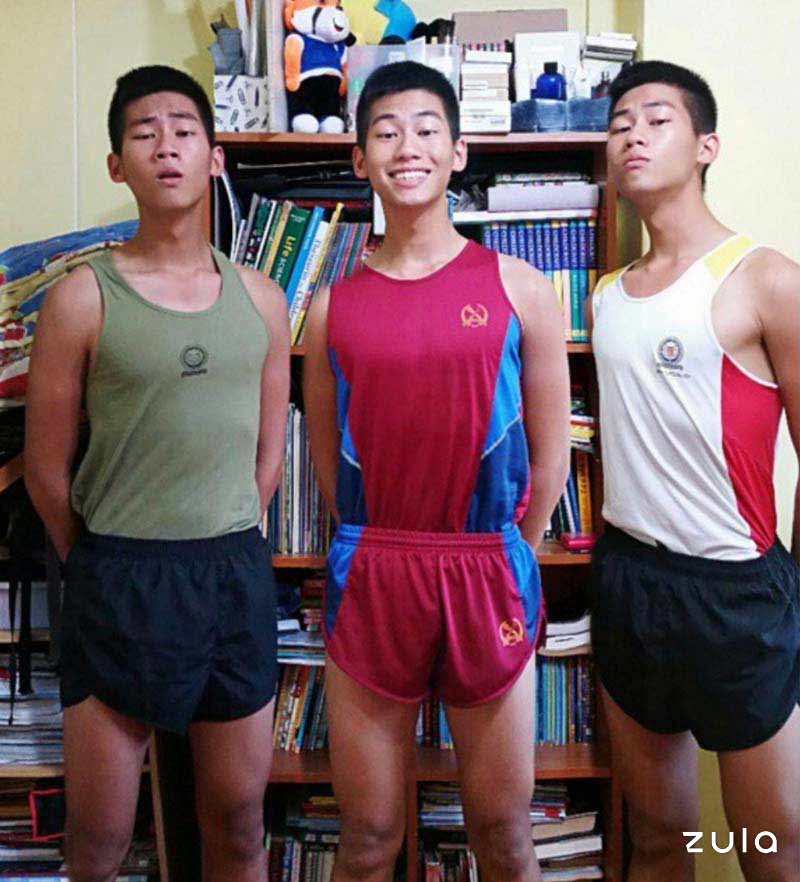 A top soldier from SCS (Specialist Cadet School), Nicholas was offered a place in OCS, something he had always dreamed of.

But reality hit him hard when he was left out by his new platoon, as they had already formed friendships 2 months ahead and were unwilling to extend any social graces to him.

“The sense of elitism was very real.”

During an expedition, he was tasked with navigating despite already carrying a 15kg rocket launcher. He was given a map with a straight line that didn’t detail the route realistically. Hence, they never got to the destination and he was labelled as useless.

After being berated repeatedly, Nicholas suffered a panic attack and was evacuated from the campsite. Upon his return, he was dressed down for various matters and tucked away alone in a tent, because the instructors wanted to throw a barbecue for someone’s birthday.

The sense of claustrophobia and being abandoned in the jungle gave him another panic attack. He had to crawl out of the tent with his upper body paralysed, using only his legs. Someone saw him and he was sent to the medical officer. 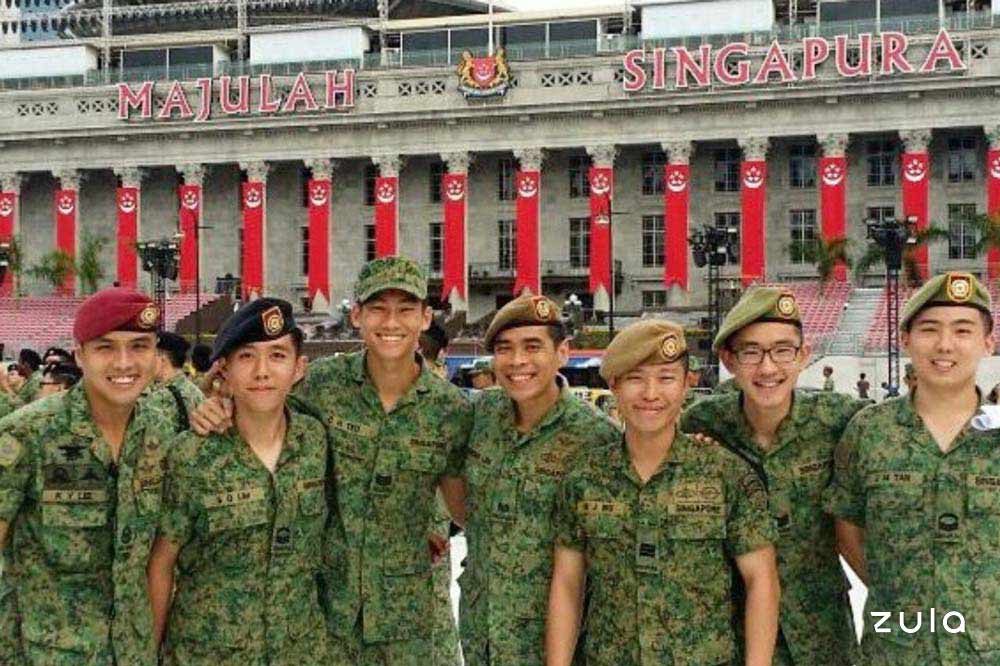 The medical officer certified him as fit for training, but after a quick call to the wing commander, Nicholas shares that “the wing commander said he didn’t want me any longer.” He was condemned to the soldiers-in-transit room like an unwanted toy.

Recently, 2.5 years after completing his NS, he had to run out of a forest in Hong Kong while hiking because it reminded him of his traumatic experiences in the jungle.

Li Ying matched with her current boyfriend James* on Tinder. But time waits for no man, so he quickly asked her to his Commissioning Ball despite only knowing her for a week.

Awkward as it was, she had already gone with another friend to his Social Night and Commissioning Ball. She was amazed at the officers’ confidence and it was obvious they differed from regular NS boys. She declined James’ invite but they still ended up together.

“I thought people usually hate NS, but my boyfriend always encourages younger guys [and tells them] that NS is a great experience.”

As James was posted to Jurong Camp and she was studying in NTU when they first met, he would take nights off and run back to camp before the book-in timing of 2359.

To Li Ying, the singlet is still the sweet scent of love.

OCS showed me how selfish I could be 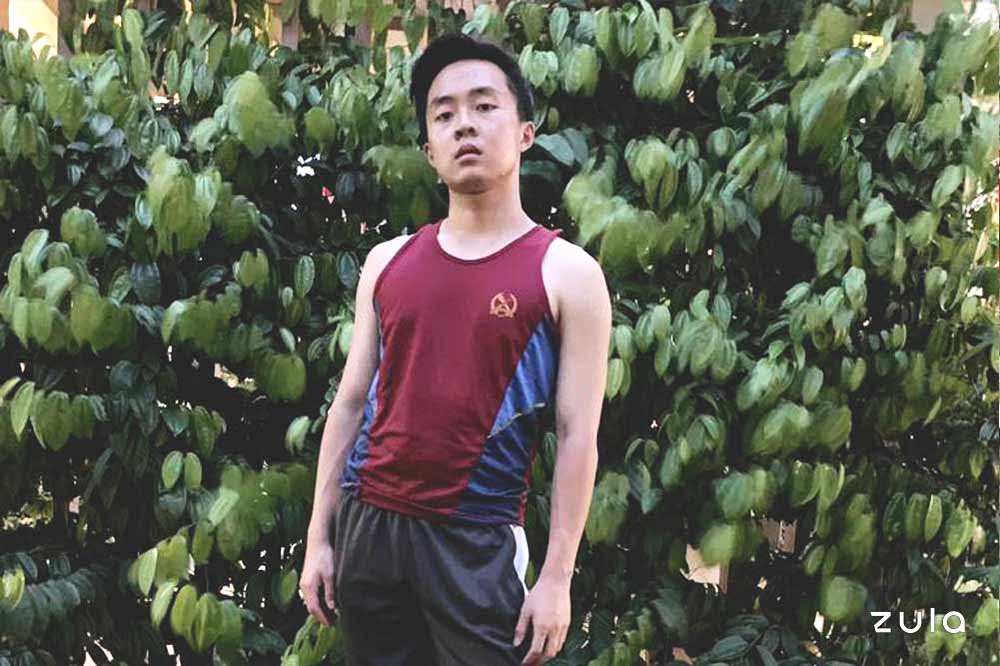 OCS made Marcus realise how individualistic he was. As the second-in-command during his final mission, he was in charge of area security, which is considered an easy role.

“After my planning, I went to sleep while the other leaders slogged away. I justified my selfish action by pointing out how I had not slept for days and that I’d completed my end of the bargain. We failed the mission that day.”

It made Marcus realise “how as a team, our fates are all tied. In retrospect, my responsibility as a leader was to the collective, not just my role.”

After commissioning, he struggled between abusing his power and standing up for what is right. Once, an Encik described how he “used” a girl in a club and called her a “hoe”. Feeling indignant, Marcus chided the Encik.

“To be honest, it felt great to serve him justice. But there are times where I think I abused my authority that day.” 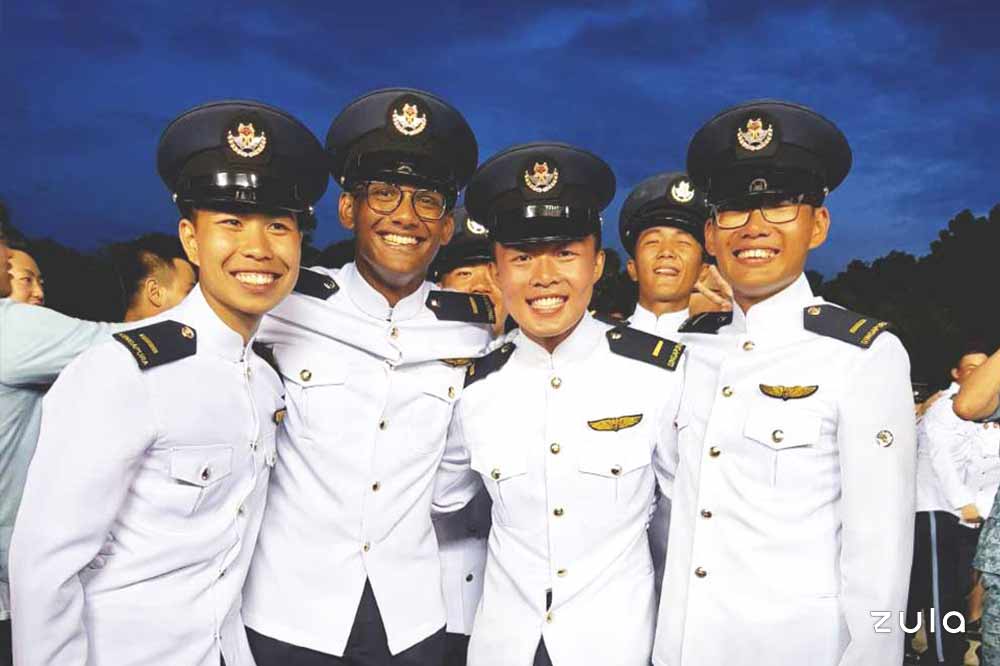 Marcus and his platoon mates on Commissioning Day

He also saw how other officers became proud and arrogant, mistaking their status as a right to rule, not to serve.

“It irks me that fellow OCS mates don the singlet as they would a Harvard tee.”

As officers are commissioned by the President, he takes his role seriously. “But truly, it’s up to the individual to use that breastplate for righteousness or simply as pretentious gym wear.”

Dating a regular officer taught me about sacrifice

“When people complained about their boyfriends having to book in, they didn’t realise I was dating an OCS instructor, which meant he had to go outfield whenever his cadets did,” Lisa* explains of her ex-boyfriend.

“For 23 days, during their Brunei training, I wasn’t able to contact him.” But dating an officer made her more aware of the little sacrifices she had to make for a relationship to work.

“When you don’t see him for a whole week and then you have to cut short the date because he has to book in, it’s damn sian.”

But she was immensely touched during Social Night to see how much gratitude her ex-boyfriend’s cadets showed him. “He’s the type who would stay back on the weekend to counsel them on their relationship problems.”

Overall, the experience made her a better person as her ex-boyfriend’s generosity to his cadets and family rubbed off on her. To Lisa, the singlet represents something bigger than the both of them.

One thing’s for sure, OCS changes its cadets just because it is a unique and difficult experience. Most people find the change positive, although it can sometimes be fraught with trauma.

Like an ISO9000 certification, an OCS singlet can mean a guy’s been through some testing and come out stronger. So if you have the pleasure of dating an OCS man, hold on to him and his singlet a little tighter.

Have some army singlet selfies or an NS love story to share? DM us at hello@zula.sg