With girls enrolling in Uni this August and guys training to be soldiers, breakup season is upon us. In between dealing with loneliness and having him miss important milestones because he’s stuck in some godforsaken jungle, young love often call it quits.

Though being in a relationship with someone serving the nation is tough, Kenneth, 23, and Winna, 19, managed to beat the odds and overcome the NS breakup curse. 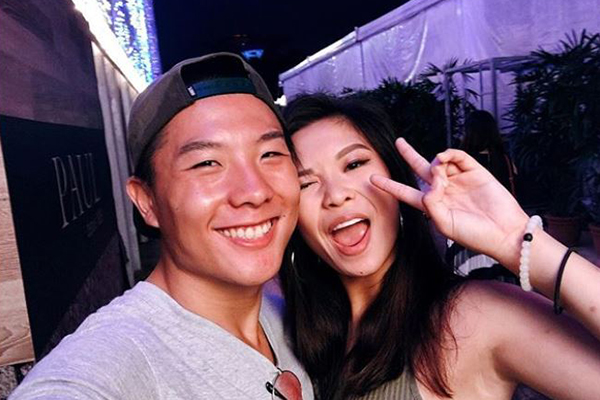 A quick scroll through Winna’s Instagram feed (Kenneth’s is private), can confirm the couple of two and a half years are still going strong.

But like any relationship, the pair have their fair share of disagreements. Throughout NS, they had to deal with Winna “being insecure and Kenneth being stubborn and overly alpha”.

So what’s the pair’s secret to ‘lasting long’? “Compromise, lots of it,” Winna reveals.

1. Dealing with how you won’t feel like his priority

Winna:
Before NS, Kenneth and I used to meet every day. But once he enlisted, we could only meet on Saturdays, as Sundays were reserved for his Muay Thai training. Spending less time with him made me feel like I was no longer his priority.

He’d usually put up with my complaints but once, he lost his patience and retorted, “You think I don’t want to spend time with you is it? Every day, I’m the first one to run to the shower so I can spend more time talking to you.”

That put things in perspective—I wasn’t the only one suffering; he was having it ten times worse with strict enciks and shitty canteen food. So to girls in a similar situation, know he’s doing his best, and focus on the little sacrifices he makes for you. 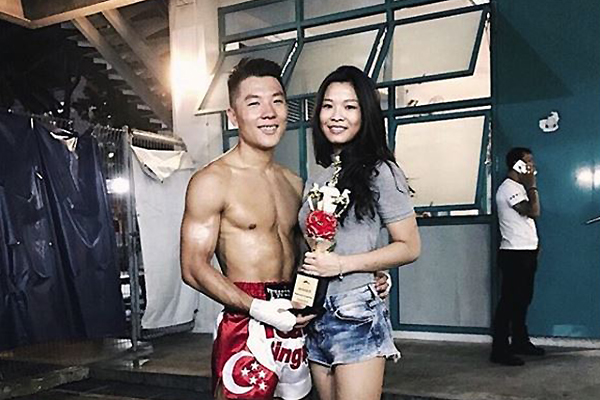 NS couples will often feel angry and upset because of the new adjustments army life brings. When that happens, voice your unhappiness through face-to-face conversation.

Over text, words are easily misinterpreted. Sending passive-aggressive messages like, “You’re never here for me since you’re always in camp” in the heat of the moment will always make an argument worse.

You don’t want to spend the precious few minutes he has arguing about why he forgot to text you “Good Morning”.

3. Getting bored with army talk

Hearing your boyfriend droning on about unrelatable army stuff can get annoying. Instead of insisting he switch topics, recognise how he’s trying to share his life with you.

Make an effort to know your boyfriend’s NS friends. The first time I hung out with Kenneth’s NS buddies was awkward. But I took the effort and asked about their roles and duties in camp.

Gradually, I became more comfortable and joined them for suppers and gatherings. Even if you have no clue what they are saying, it’s the act of making your partner feel heard that matters!

4. Dealing with boring weekends and him being constantly tired

Since Kenneth entered the army, our weekends evolved from going to events like Artbox to stay-at-home chill sessions. For most couples, this is when the spark dies.

I know many girls expect their guys to plan dates, but during this period, plan the weekend for him instead. Not only will it make him more excited to spend time with you, but also help him feel like he’s not ‘tanking’ the relationship.

And sometimes, understand and respect if all he wants to do is lie down and use his phone. He’s been locked up all week with a bunch of dudes, so he needs his alone time too. 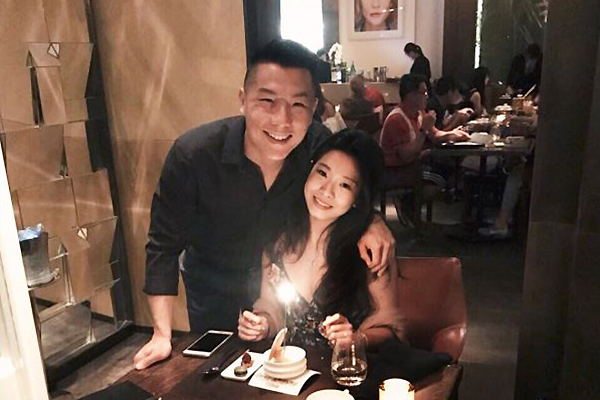 Because I have a more fixed schedule, I agreed to rearrange my plans to accommodate Kenneth. Still, planning dates was difficult because of the indefinite book out times and ‘Nights Outs’.

Sometimes, Kenneth would get a text five minutes into a date, telling him he had to get back to camp ASAP. So when this happens, be empathetic and resist the urge to blame him.

6. Being emotionally insecure because of the ‘army breakup curse’

Every other week, I’d feel emotionally insecure because my boyfriend would tell me stories of his platoon mates’ breakups. It didn’t help that others would openly make bets on when we would break up.

If this happens remember: You’re in a two-person relationship, not a circus show to entertain.

7. Being willing to solve problems together

It’s important to set the tone right from his first week in camp. If you enter a relationship thinking it has a good chance of failing, half the battle is lost.

Many couples tend to see disagreements as a sign of a faulty relationship and take a break. But for my boyfriend and I, we always remembered that any problems we faced, we faced as a team. It was not me versus him, but us versus the problem.

Despite naysayers, sustaining an NS relationship is 100% attainable. I think why my relationship worked out was because we consciously tried to put aside our own feelings and see things from the other’s point of view. It’s easier said than done but it’s worth the effort.

And on 18 June, when he gets his pink IC back, I’m looking forward to saying to my boyfriend: I’m glad I went through your entire NS journey with you.