Best Para-Archer In The World

Before 2019 wrapped up, I found myself at a tennis court near Bedok Stadium fearing for my intern’s life.

She was standing closer than I would have liked to archery target boards, capturing footage of the current world no. 1 para-archer’s practice shots. While I was low-key shitting myself, Nur Syahidah Alim remained coolly seated on a stool, releasing arrow after arrow.

When her quiver was empty, I confessed my nervousness to the 35-year-old para-archer. Syahidah laughed and reassured me she had everything under control. 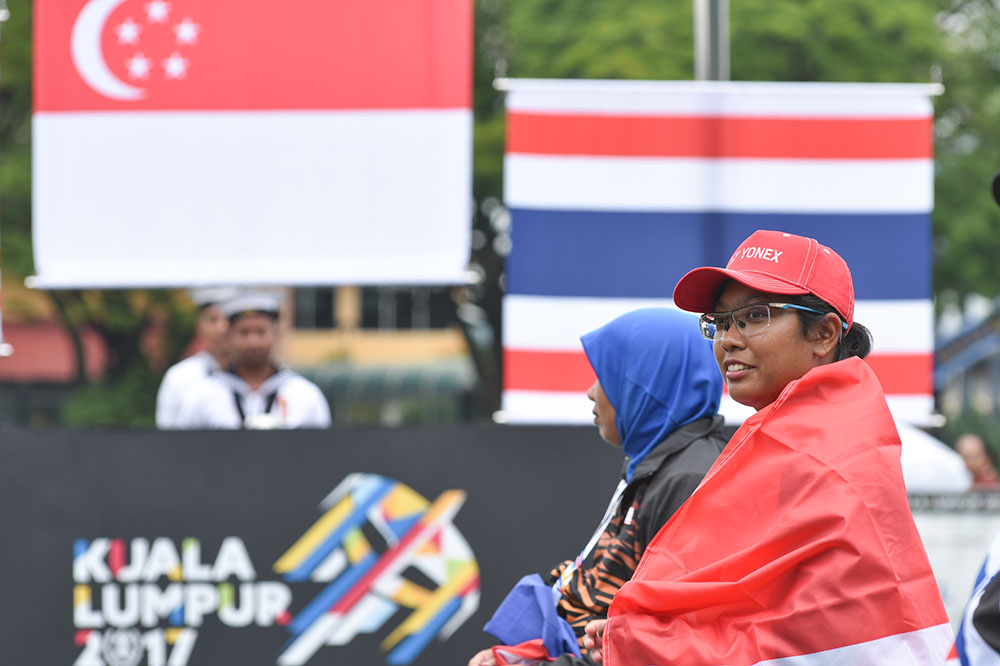 Syahidah on the podium at the 2017 Asian Para Games; image by Sport Singapore

Accomplishments as a champion para-archer

Syahidah was first introduced to archery at age 18. Interest in the sport led her to shoot recreationally on weekends.

Eventually, she acquired mad skills and went pro, making her international debut as a para-archer in 2015 at the ASEAN Para Games. Since then, she has amassed 7 gold, 2 silver and 8 bronze medals, including the recent 2019 World Archery Para Championship.

For those unfamiliar with competitive archery, rules for able-bodied persons and persons with disabilities are near identical. Athletes shoot the same distances, events and rounds. The difference is that para-athletes may shoot with assistive devices and are grouped into three functional classes (Standing, Wheelchair 1 and Wheelchair 2) according to their capabilities. 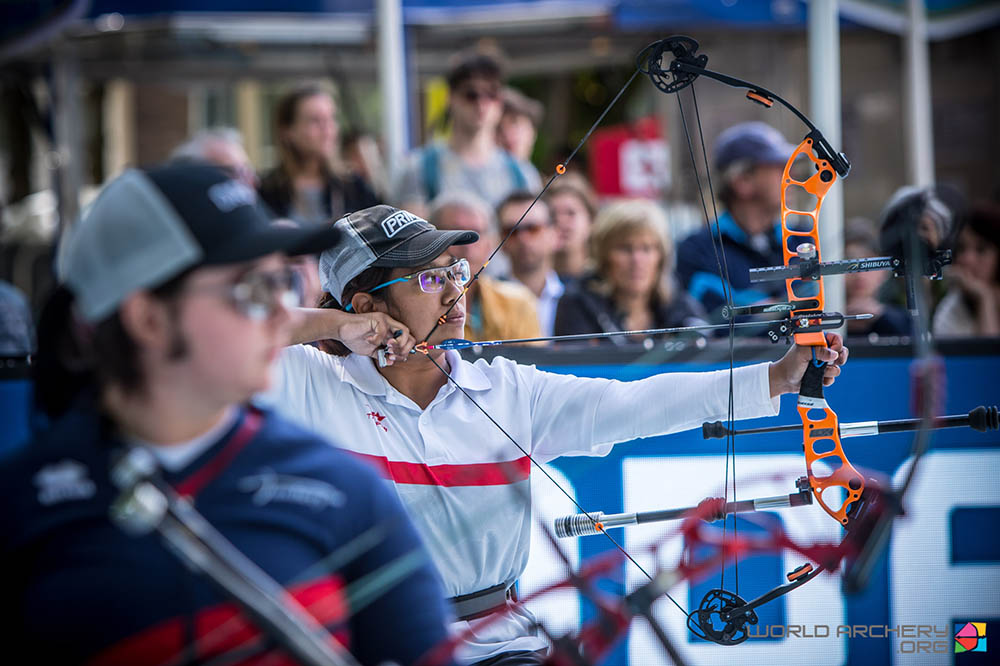 “Eh very paiseh leh, saying currently [world] number one,” Syahidah giggles. While she does feel proud of her achievements, she admits she doesn’t like to ‘brag’ too much. She’d rather let her hard work and competition results do the talking.

When I insist Syahidah should be buay paiseh and prouder of her accomplishments, she shakes her head. With a shy smile, she explains how being brought up to be self-sufficient taught her to work hard and remain down-to-earth.

Being bullied because of cerebral palsy

Syahidah was born with cerebral palsy. The condition affects the lower half of her body, which compromises her mobility, balance and posture. This has led to Syahidah finding it difficult to walk and stand for long periods of time. Walking for long periods of time is difficult for Syahidah

However, her parents didn’t give her preferential treatment over her able-bodied siblings. She was assigned the same amount of household chores and treated “as if I was ‘normal’ at home.” In fact, Syahidah wasn’t aware that she was born with different physical capabilities growing up.

It was only when she enrolled into a mainstream primary school that Syahidah realised she was unlike her peers. Classmates wouldn’t let her join their basketball or badminton games, saying “you’re not fast enough” or “you’re gonna make us lose”.

For the first time, Syahidah found it hard to make friends. Their harsh words disheartened her greatly and being excluded made her feel lonely. This feeling carried on throughout secondary school as Syahidah’s cerebral palsy exempted her from physical activities during P.E. classes.

Things most young Singaporeans detested, such as running 2.4km for NAPFA, became something Syahidah was envious of.

Most young people who faced the same predicaments would have given up and withdrawn into themselves. But Syahidah had a secret weapon to get her through life: a ‘badass’ mum who wouldn’t take “no” for an answer. Syahidah at the 2015 Asian Para Games; image by Sport Singapore

Mum is her biggest supporter

Syahidah’s mother was hella determined to raise her daughter to believe she could do anything. So when Syahidah wasn’t permitted to attend swimming lessons in primary school, she marched a 9-year-old Syahidah to the pool. There, she persuaded a swimming instructor to take her on.

“My mum is a badass. She [said to the instructor] that if you take me on, then you will also take on my sister and her friend as well, so that was like [a] 3-in-1 deal. And he said okay, he’ll give it a shot.” 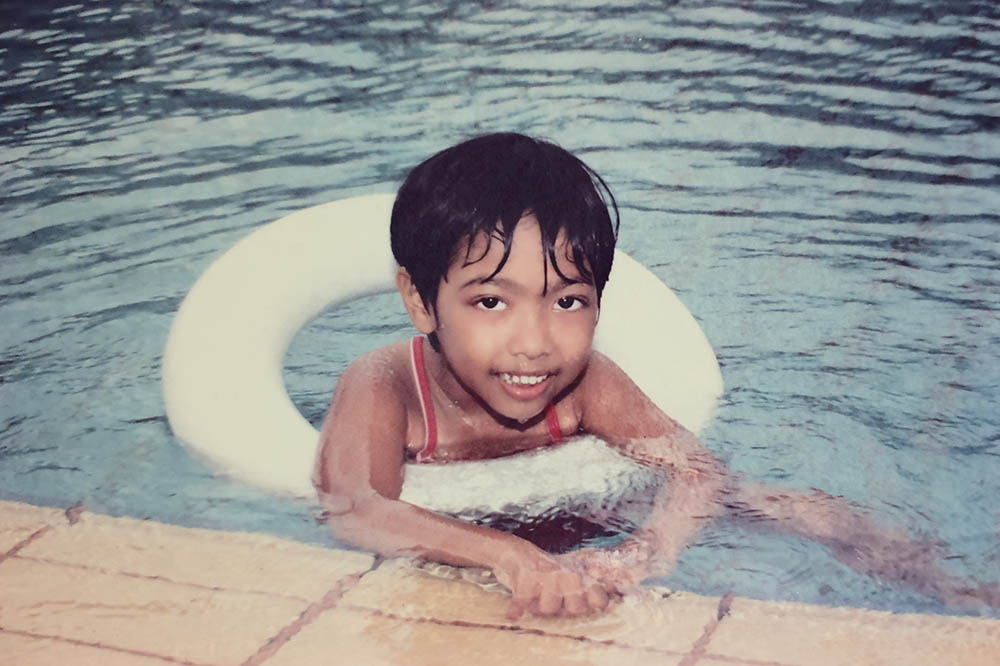 It’s clear that her mum is one of Syahidah’s biggest supports and role models. She credits this initiation to sport in her formative years as crucial to her success today. If it was not for her mother’s gung-ho attitude and ‘can-do’ spirit, Syahidah feels she might not have developed the confidence to pursue archery.

Being A Para-Archer In Singapore

As the saying goes, the apple doesn’t fall far from the tree. Syahidah is clearly her mother’s daughter.

On and off the archery range, Syahidah exudes an aura of quiet confidence and assuredness. Not once in our time together did I get the sense that Syahidah had let having cerebral palsy get in the way of her shooting towards greatness.

“For others who [don’t] know who I am or my condition, they will think that my [cerebral palsy] is abnormal. And they will have the impression that as a person with a disability, we can’t do the things that ‘normal’ people do.

But that’s where the traits that I get from my mum [come in]. To be strong and [to know that] nothing is impossible. It gives me that sense of confidence that I can do what an able person can do as well because the word ‘normal’ is relative.”