Let’s be honest—pick up lines are the worst. I dislike them, my girlfriends hate them, and yet boys still slide endlessly into our DMs using pick up lines.

While some of them earn a chuckle or two, most are either overtly inappropriate or straight up cringe-worthy.

We asked Singaporean girls about the cheesiest pick up lines they’ve gotten, and their responses are enough to put a bowl of mac and cheese to shame. But we’ll let you be the judge and decide if they’re creepy or creative.

1. The Patriotic But Sexist 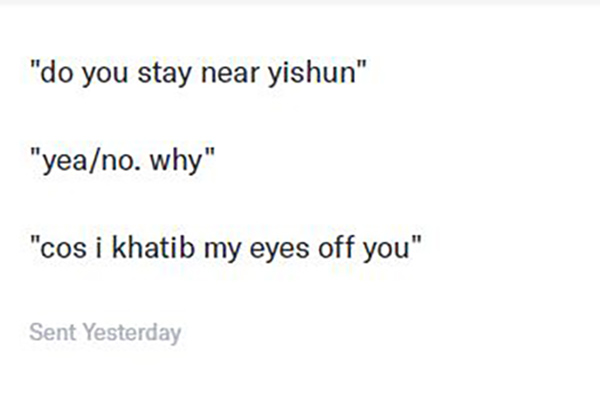 “As if I need another reason not to stay in Yishun.”
Ashley, 25

“The writer in me wanted to edit his work and send it back to him. But A+ for effort though.”
Lauren, 26 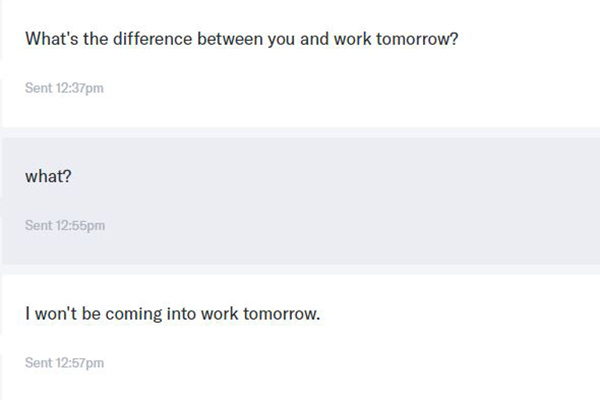 “Dirty but impressive. We even started sexting after.”
Jackie, 21

“Erm, what are the chances of this conversation even going anywhere?”
June, 22

“If my dad’s real name isn’t John Walker, this pick-up line would have worked.”
Kim, 21

8. The Lame And Unoriginal 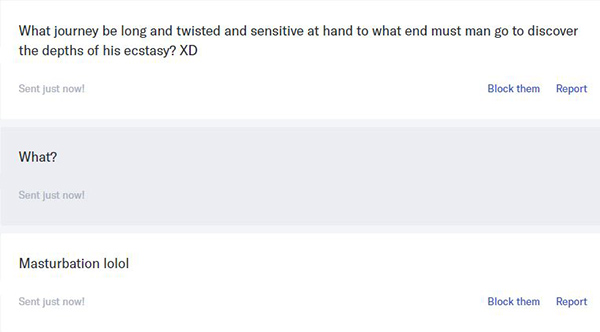 “It was a promising set up with an anti-climactic punchline.”
Yu Lin, 23 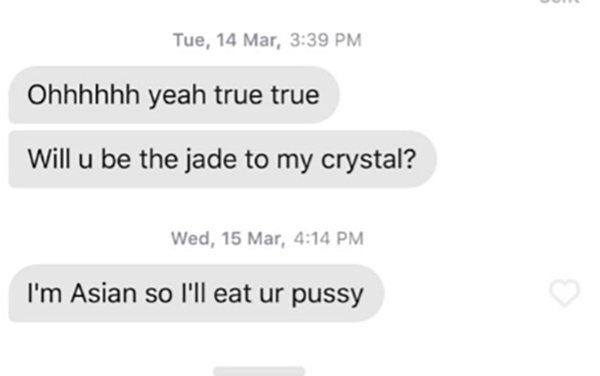 “You must have very high alcohol tolerance then. *insert sly emoji face*”
Patricia, 23 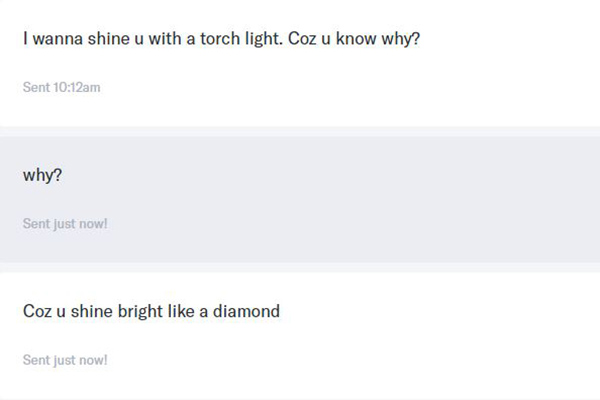 “If I shone, would there even be a need for a torchlight?”
Sarah, 22

“Why did I think Bugs Bunny when I read this? Childhood RUINED.”
Lilian, 21

Although pick up lines may seem like a great way to break the ice, it can come across creepy if used inappropriately.

But that’s not to say ALL pick up lines have a zero percent success rate. As long as you’re not sexist about it, there’s a good chance she’ll message you back.