Upon completing my bar exams to become a fully qualified lawyer, I immediately embarked on my fledgling career as a trainee lawyer in one of the local Big Four firms in Singapore.

Every week, I clock in long hours of work in the capital markets sector. The work I do is mentally complex and highly demanding, but I am content with where I am.

However, I feel conflicted when I am unable to explain to my colleagues the reasons for the bruises on my limbs, or my bizarre disappearances in the evenings, only to reappear in the office later in the night.

You see, my favourite activity of all time and the activity I spend most of my free time on is pole dancing.

Balancing being a lawyer and being a pole dancer

In order to juggle pole dancing and work, I have resorted to zipping off to attend the night classes before hurrying back to the office to complete any outstanding work.

To my colleagues, I am simply a gym rat who exercises too much and walks around with questionable bruises on her limbs.

I dare not comment further, for fear of the negative stereotype that my bosses or my colleagues may form should they learn about my passion, which I fear may even negatively impact my year-end appraisal. 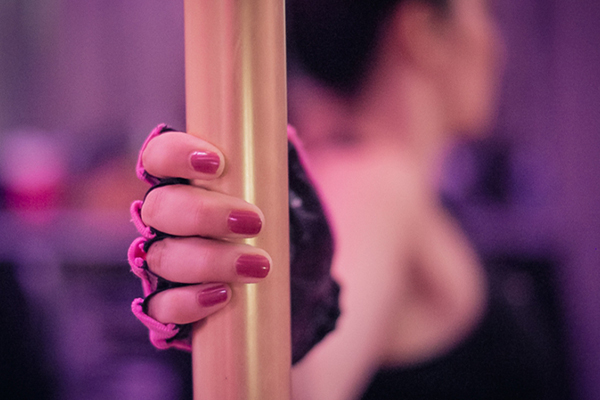 Put together, ‘pole dancing’ and ‘lawyer’ feels like an oxymoron, much like chalk and cheese or night and day. The two cannot be further apart, and yet, they are my deepest passions.

Just like any other passionate hobbyist, I have devoted a considerable chunk of my free time to learning and honing the craft. I had come across an online advertisement for pole dance classes two years ago.

The dancer was twirling effortlessly around the pole in an arabesque (a ballet position where the dancer has one leg raised behind her and both of her arms outstretched in front of her), and she looked like an angel who had descended from heaven. I was instantly intrigued—I want to be like her!

Tentatively, I signed up for my first trial class and learnt the basic moves—how to stay and spin on the pole. When the trial class ended, I scurried to sign up for a full course and have not looked back since.

The negative stereotypes of pole dancing

However, the unpleasant truth is that unlike many other hobbies—be it bird watching, knitting, bowling, singing or painting—pole dancing in and of itself carries a less-than-positive connotation, particularly in the corporate setting, such as the one I am in.

Perhaps it is due to the association of pole dancing with nightclubs and very little clothing, or the sensual and exotic dance moves, that pole dancing is stigmatised.

Almost always, they’ll follow this statement with a well-meaning but no less ill-informed, “You should hide it from your boss.”

Before you begin to throw rocks in disagreement, allow me to explain and debunk some myths and make some clarifications. Debunking the myths about pole dancing

1. Not all types of pole dancing are necessarily sexy—many of the moves require strength and flexibility, all of which a sport requires.

For starters, pole dancing may be divided into two skills—tricks and dancing. Pole tricks vary in difficulty, and most studios divide them into Beginner, Intermediate and Advanced tricks.

These tricks are not easy. They usually require strength to grip onto the pole and also flexibility to contort your body into whatever shape the trick requires. You also need grace when executing a move so you won’t resemble an elephant trying to do the cha-cha.

Second, the dancing part of pole may be further divided into various genres. Sure, there are exotic classes which generally conform to the prevailing, common understanding of what pole dancing is and involves sexy dance moves but are no less difficult.

However, there are also other types of dancing, such as lyrical or contemporary pole dance, which consist of moves borrowed from ballet, street jazz and lyrical dance.

One of my favourite and one of the most popular pole dancers is Marion Crampe. With a lithe body and incredibly beautiful lines, she takes to the pole easily and truly resembles an angel.

Covering our limbs with cloth could actually be life-threatening for pole dancers. Our skin provides the requisite grip and friction to adhere to the pole. In fact, most of us generally even apply an extra layer of dry chalk, to better improve our grip on the pole.

Wearing regular sports gear, such as leggings and a tank, would cause us to slip off the pole, as the cloth does not provide adequate grip and friction for the pole.

I feel empowered through pole dancing. When my grubby hands get hold of the pole and I am able to execute a tough trick that I initially was unable to, I feel a great sense of accomplishment.

Of course, along with the ability to execute new tricks come battle scars, mostly in a form of pole kisses (which refer to the bruises sustained from learning the new trick).

However, this usually happens when you learn new tricks as your body isn’t used to the moves yet. Once you get the hang of it, the ‘battle scars’ fade.

As a newbie, I was initially covered in bruises, especially on my inner thighs, calves and arms. People would stare, possibly wondering if I have been subject to domestic violence and abuse, but the truth is I was just working hard in the pole dancing studio. 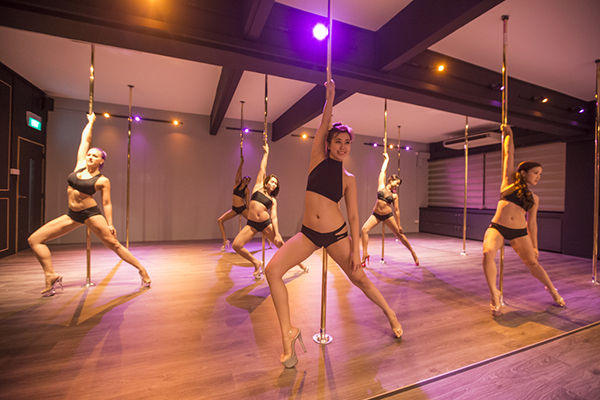 With my limbs tangled around the pole, and the pole picking up speed in a spin, I feel very much alive and very much my own hero.

I don’t see why pole dancing should continue to be stigmatised, and hidden from employers in the workplace. Personally, as long as the employee is able to deliver at work, and his or her hobby does not interfere with his or her work performance, then the hobby need not be frowned upon.

There should not be any shame in being able to share your passion to with others, even with regards to pole dancing. It is a legitimate and demanding art form and sport that provides a holistic, total body workout and plenty of fun.

Ultimately, pole dancers are regular people on the street. I have met and made friends with plenty of other working professionals in my pole dancing journeys—other lawyers, bankers, accountants, primary school teachers and even a doctor.

I am a pole dancing lawyer and very proud of it.

This article was contributed by a writer who goes by the pen name of Lina Wong.