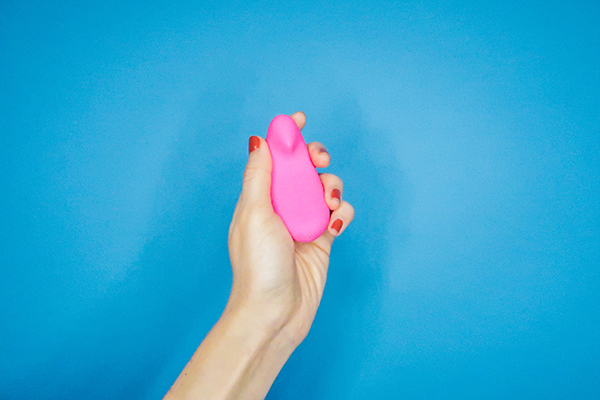 You can even have it buzz to music, set custom vibration settings, and record your own voice to get off to (if that’s what you’re into).

Unlike chunkier external stimulators on the market, Vibease was a cute lightweight toy which fit in the palm of my hand.

I liked how the curved shape fits nicely over my lady bits, with the main pleasure point right on the clit. Also, I could wear it comfortably under clothes, and even walk, run and jump around. 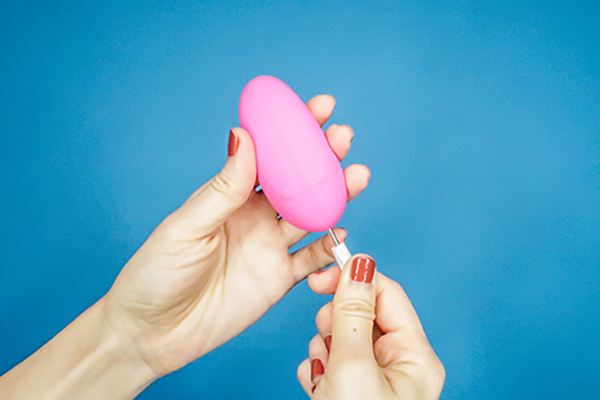 It charges in two hours, and the battery can last for three

While I was plenty satisfied, I decided to go for Round 2 using the audiobook feature.

A man with a deep, sexy British accent read a lit erotica about wanting his wife (me, apparently) to miss work and have sex with him. As the fantasy heated up, the pulsing got more intense. While I did get a kick out of it, I didn’t find myself climaxing by the end of the story.

It could be because the scenarios were unrelatable and took the realism out of it, so I couldn’t stay in the moment and focus on the pleasure. Left high and dry, I called up my boyfriend to initiate Phase 3.

The vibrations alone were amazing, but combined with the idea of my partner having full control over my orgasms? So hot.

Since my boyfriend wasn’t present to gauge my reaction, he was initially pressing buttons in a random order, before I realised I could use the app’s chat function to give feedback. And once we found the jackpot combination, I experienced true bliss. Twice.

The only issue I had was the one-sided nature of it, especially if we’re both after some long-distance lovin’. Though the app allows two-way Vibease control for lesbian couples, all I could offer my guy was Snapchat videos.