Going for aesthetic enhancement and plastic surgery is becoming less taboo among Singaporean Millennials. Influenced by K-pop celebrities and online personalities, more Singaporean girls are considering going under the knife in the pursuit of beauty.

However, permanently changing your appearance is a costly process. Not only is it expensive, there’s a stigma against people who choose to alter their physical looks, and possible trauma if a surgery goes wrong.

Despite these drawbacks, these 8 Singaporean girls took the plunge, and share with us their plastic surgery experiences. 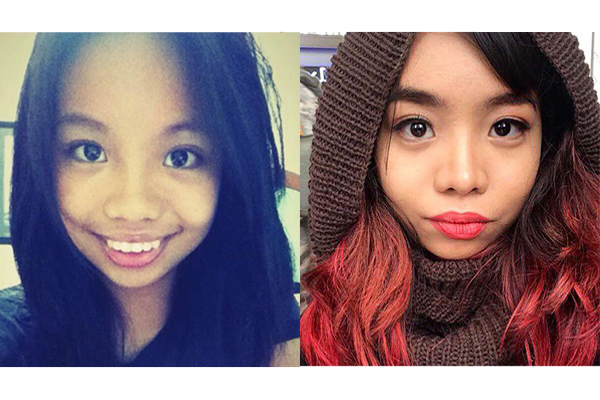 Growing up, my family and relatives often made fun of my flat button nose despite the fact they have similar noses. Both my mother and godfather had rhinoplasties and it isn’t a taboo for Filipinos “to change their nose”.

On my 16th birthday, we flew to Manila to get my nose done at the Belo Medical Clinic. The process was smooth as the doctors were understanding and reassured me whenever I had questions. Overall, the procedure cost S$4000 and I was satisfied with my new nose.

Having said that, I wouldn’t say the nose job gave me a better self-esteem. I’ve always been a confident person and having a prettier nose didn’t change anything.

I think it’s important to understand that enhancing your features might make you feel good superficially, but true beauty has to come from within. If you’re looking to get validation from others, then plastic surgery isn’t the answer.

2. Khim — “It was hard to get even eyeliner strokes” 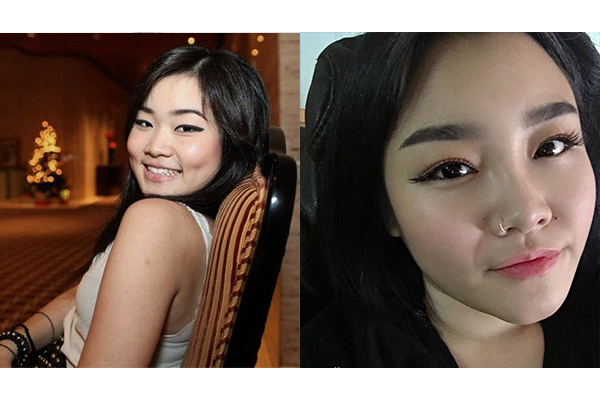 As a performer, it’s my job to have makeup on all the time. When I had monolids, it was a struggle to get even eyeliner strokes on both eyes so I decided to get double eyelids instead.

I flew to Korea to have my eyelids lasered and stitched back to form a crease. The entire procedure cost less than S$1000, and my new eyelids have made my life so much easier.

Cosmetic surgery only gets a bad reputation if people overdo it and end up looking fake. If you’re sure of wanting to change certain parts of yourself, I don’t see any reason not to.

After all, you only live once. Just trust the professionals to make you the best version of yourself. 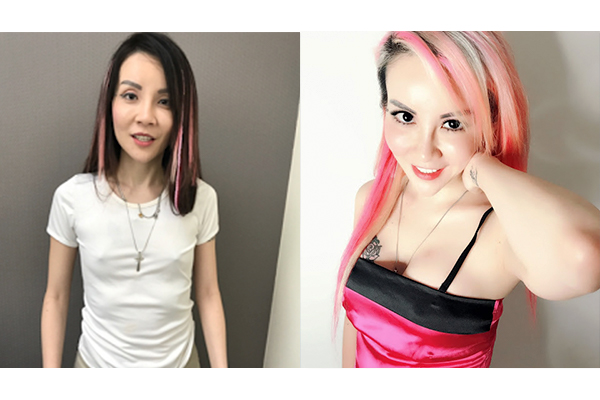 My abusive ex-husband constantly mocked my flat chest and ugly looks in front of our friends and my self-esteem took a hit during our marriage. Even when we divorced, his words continued to haunt me and I became incredibly unhappy and depressed.

A few months later, I decided to undergo plastic surgery at Shens Clinic. I thought, “Why not plastic surgery? I’m at rock bottom and have nothing to lose.”

The surgery was a success and my new body gave me a confidence I’ve never felt before.

It’s easy for others to tell me “Just love yourself” or “Life isn’t all about looks” when they didn’t understand how my looks contributed to my depressive state.

Being judged for going under the knife is a small price to pay to rebuild my confidence. And for that reason alone, I have no regrets. Plus where can you find a 39-year-old who looks this good?

4. Jpglicious — “Lack of nutrients stopped my boobs from growing” 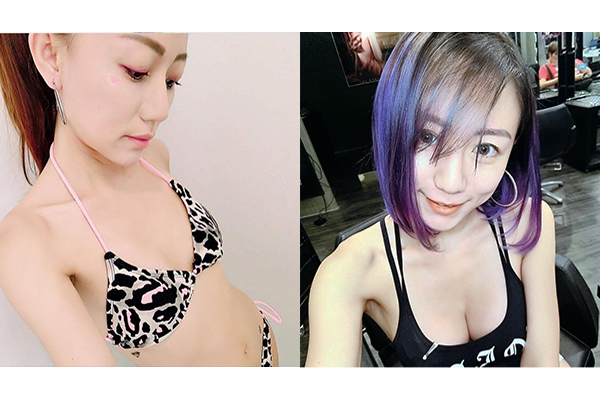 As a teenager, I was weight-conscious and restricted my calorie intake. The lack of nutrients stopped my boobs from growing during puberty, and it made me insecure throughout adulthood.

I considered a boob job but was hesitant because I didn’t want to be seen as ‘fake’. It took me ten years of serious consideration before I made my way to Allure Singapore.

The breast augmentation procedure was seamless and I was very satisfied with how my breasts turned out.

Previously, the thought of having a flat chest bothered me so much that I struggled to function normally on a daily basis. With my full chest, I’m much happier now.

My advice for people who are considering going under the knife would be to take time to weigh the pros and cons. Do your research as it’s important to make informed decisions.

5. Yee Ling — “I was sick of sticking double eyelid tape” 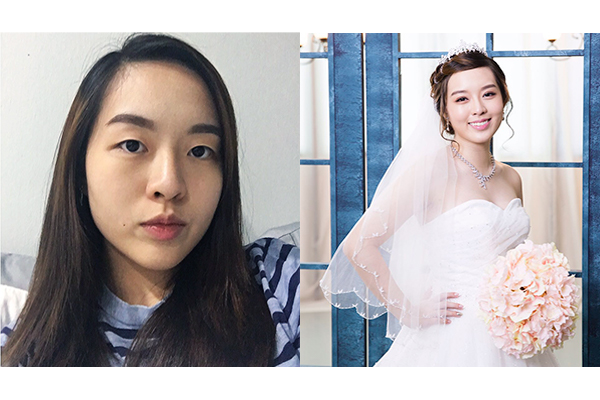 I don’t remember disliking my monolids as a child, but as I grew older, I found double eyelids more attractive. Hence, I began using double eyelid tapes to achieve my desired look.

After six years of using them, I decided I wanted permanent double eyelids and got them done at Allure Plastic Surgery with Dr Samuel Ho.

I was nervous that the surgery would be botched, but I trusted my doctor and hoped for the best. The results were better than expected and I’m more confident than I’ve ever been.

Having said that, there were a few naysayers about my decision on wanting double eyelids. Some said I was too young, others called me vain and shallow. But it was expected since people are still uncomfortable discussing plastic surgery openly.

I was unhappy with how I looked, and I made a change, why is that such a bad thing?

6. Shu — “I waited until I had the autonomy to make decisions for myself” Since young, I’ve wanted double eyelids. Once I turned 21, I decided to get a double eyelid surgery and alarplasty (to reduce the size of my nostrils).

Both procedures were done in Bangkok by different doctors. The first couple of months were challenging because my face would swell in places I didn’t expect.

To people out there looking to enhance their looks: please consider your doctor’s credentials, and don’t overdo the procedures for parts of yourself you’re unsure of changing.

You shouldn’t feel pressured to modify your body into something you know you can’t live with.

7. Cyndi — “Using fillers were too troublesome” 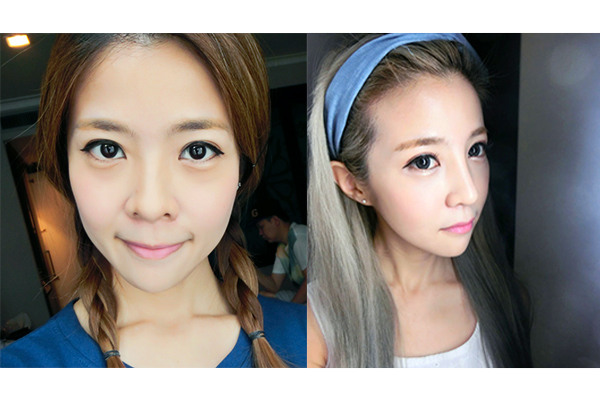 Although I was praised for my looks since childhood, I’ve always been concerned with the shape of my nose because my relatives would criticise how round it was.

In an attempt to make my nose bridge ‘taller’, I started using fillers. Though the results were great, it was expensive and troublesome to have them injected annually.

After much research, I found JW Clinic in Korea. With the support of my family, my husband and I made the trip for my rhinoplasty surgery.

The procedure was painless, and the services provided by the clinic ensured a smooth recovery journey for me.

Personally, I don’t see anything wrong with getting plastic surgery. Many of my friends have done it and they’ve gained more confidence as a result of it. I’m hardly bothered when people call me plastic or fake.

Going Under The Knife

While we don’t encourage young girls to get plastic surgery, we respect that it’s a personal choice.

Similar to what these ladies have mentioned, you only have one body so it’s best to make an informed decision, and never pressure yourself to do something you can’t live with in the future.