Being A Drag Queen

Big hair, big lips, big ass. That was my first impression as I watched drag queen Salome Blaque flip her hair, gyrate her hips, and lip-sync to Nicki Minaj’s ‘Chun Li’ at Peaches.

It was my first live drag show, and I was enthralled to meet a queen in the flesh ever since I discovered RuPaul’s Drag Race.

But to know Salome behind the sass, I decide to meet the queen for a private interview. Only this time, as fashion photographer Fadli Rahman; sans layers of makeup, corseted body, and five-inch heels.

After spending an afternoon with Fadli, I discover being a drag queen is not all clever comebacks and fabulous costumes. It’s sometimes having to deal with verbal and physical violence, and having the courage in the face of naysayers to be who you are. 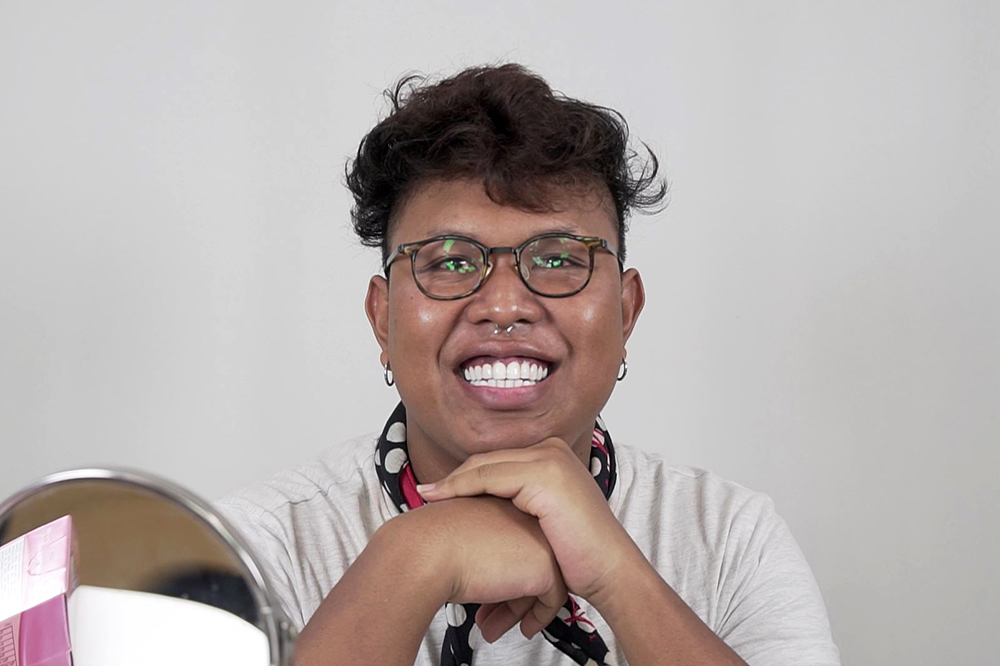 Who is Salome Blaque: getting into drag

As Fadli begins his three-hour makeup transformation during our interview, he tells me Salome Blaque is his nighttime alter ego.

‘Salome’ is a reference to the late Saloma, a Singapore-Malaysian singer and film actress who embodied the glamorous lifestyle and attitudes of local Malay Cinema in the 1960s. And ‘Blaque’ is derived from the soul Black girls like Whitney Houston have.

She was initially conceptualised as the subject for his final year photography project at LASALLE, to explore the subculture of drag queens using black and white portraits.

“I did my photoshoot and my makeup in my parents’ house and they saw me in drag. So I’m very fortunate that my (Malay Muslim) parents are supportive of my choice.” 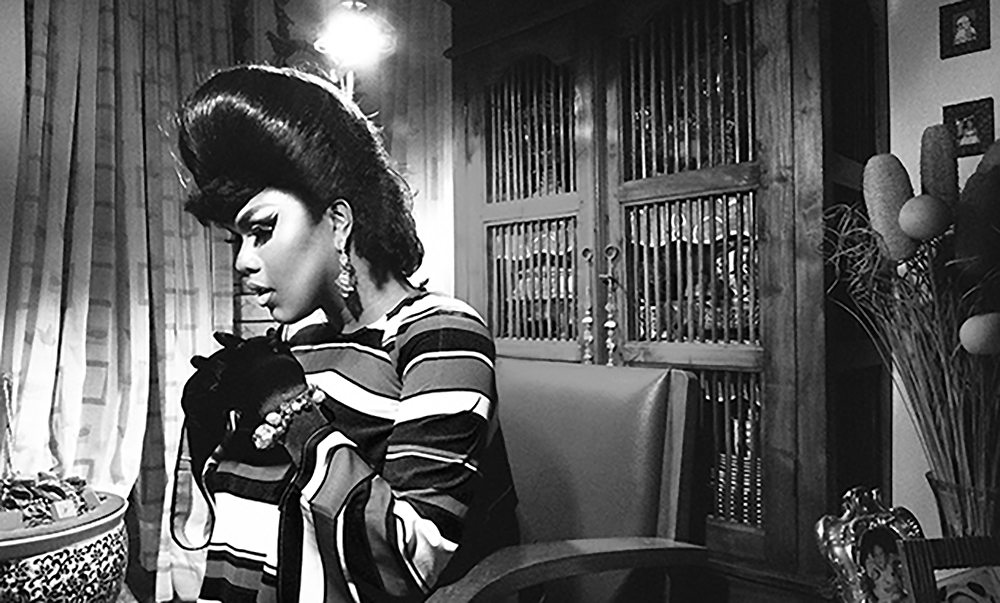 One of the image of Fadli for his Final Year Project.

Unlike Salome, the 27-year-old is soft-spoken, almost shy. I remarked on the difference and it earned a laugh from him.

“Oh my God, Fadli is so laid-back, he would sleep most of the time and eat, and Salome would never eat. But they are both bubbly and get along well with everybody else.”

After makeup, he adds padding to his curves with foam cut out from an unused mattress and slips into his costume and shoes. “Honey, it’s all DIY,” he quips.

To achieve Salome’s curvy figure, he gets his ‘acting manager/stylist/advisor’ Fairul to cinch him into a tight corset. However, cinching prevents the stomach from expanding. So before every show, Fadli goes on an all-day liquid diet to make the process more comfortable.

Shyly, I ask if tucking makes peeing a problem to which Fadli shakes his head.

“I usually hold it in until I get home. Like the cock will know, ‘Oh you shouldn’t pee now’. But once you strip at home, you feel the rush straight away,” he laughs.

Like many queens, he tucks because he “doesn’t want to be performing and be showing (his) balls everywhere.”

Most of his costumes cost under S$100, and are either from Chinese websites or handmade. “I’m very curvy, most of the materials I need to wear need to be stretchy and hug my body well.”

On average, a performance would earn a queen S$200 onwards. And as much as half of his earnings go to makeup, shoes, and wardrobe.

“There’s a drag queen who claims to earn 1.2(k) an hour. If the client knows your worth, they’ll pay you as much as you’re worth,” he coyly adds.

Thanks to RuPaul’s drag race, drag subculture has become increasingly popularised. The local drag scene has almost 50 queens in the fold now. Most queens belong to one of the three local drag houses, each with drag mums who mentor newer queens.

Challenges being a drag queen 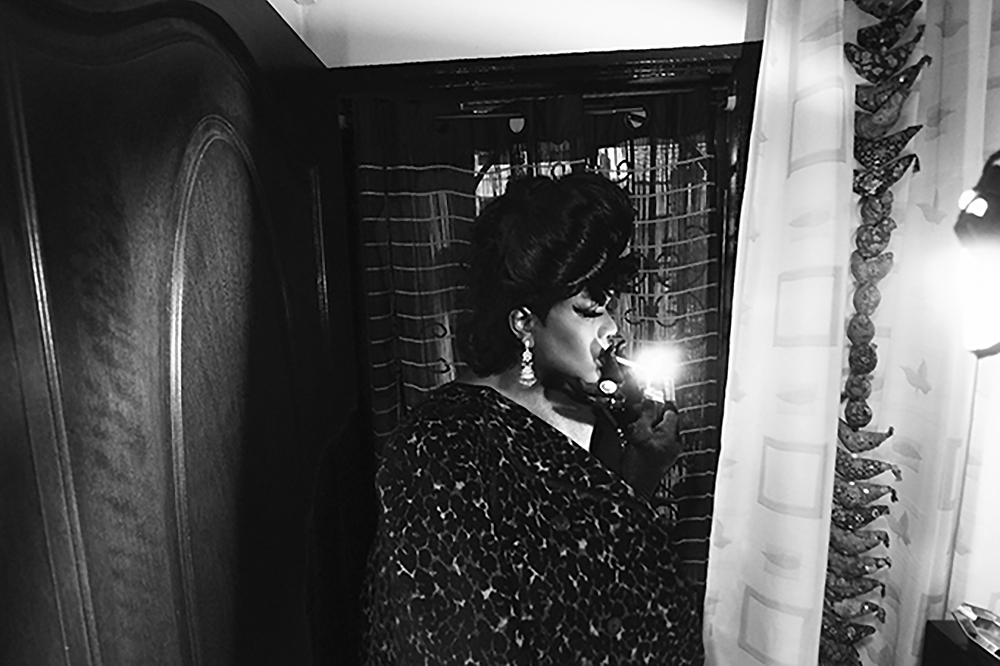 Yet, despite the thriving scene, Fadli reveals there are still people who are “backwards”. He has performed in straight clubs where the male audience would gossip and make fun of him.

Another instance, a man pulled his hair and punched his head.

“I couldn’t believe it. I just turned around and slapped his face. Like if you touch my hair it’s fine. But you pull it and punch me, you just disrespected me as a person.”

Despite these unfortunate encounters, Fadli has never felt unsafe in drag. “Though there are still homophobes I don’t really care because I’m there to perform,” he says.

“I mean come on, I’m not disturbing your rice bowl, nor am I asking you for payment. If they don’t pay your bills why would you listen to them, you know? These are just bad comments, they’re just going to put everybody else down, simple.” 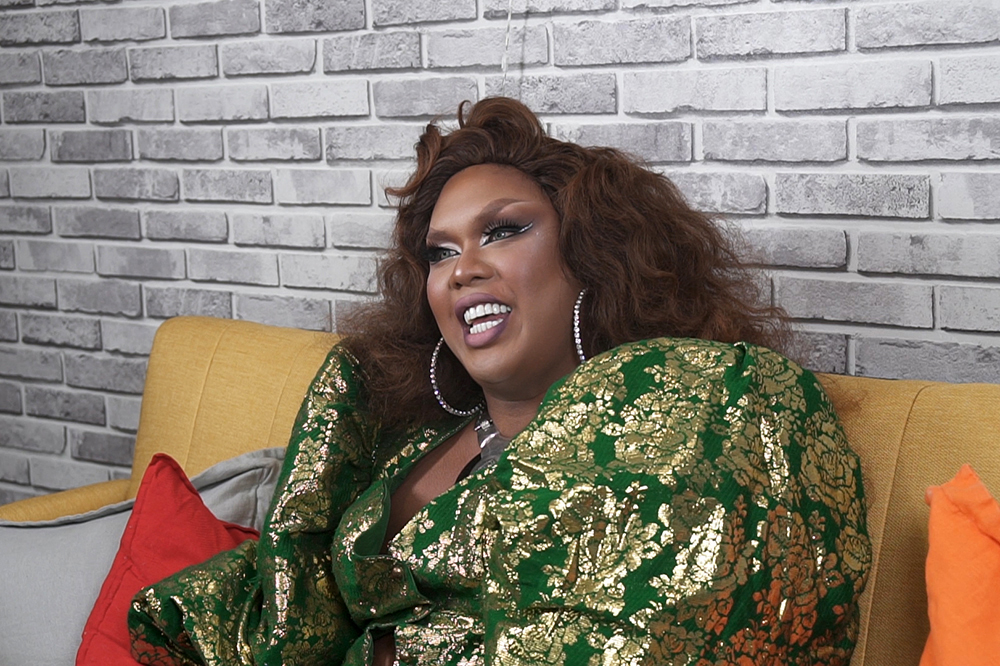 When I ask Fadli for his motivation to keep doing drag, he tells me of the creative freedom he’s allowed to have as a queen. In his day job as a fashion photographer, clients are often “controlling” and “don’t listen to [him].”

Here, I notice how Fadli’s demeanour takes on a more sombre tone as he deliberates over how to best answer my question.

“Being in drag you get to showcase your creativity and talent. There’s no one stopping you because you’re just putting yourself out there.”

As Fadli puts on his makeup, I see Salome Blaque emerge. His movements become more exaggerated and his comebacks sharper. Every time he moves past a mirror or reflective surface, I catch him checking himself out and I know he’s feeling his look.

And once he slips on a green embroidered top with puffy sleeves, the change is complete. Queen Salome Blaque has arrived and court is in session.

Pursuing Drag In The Long-Term 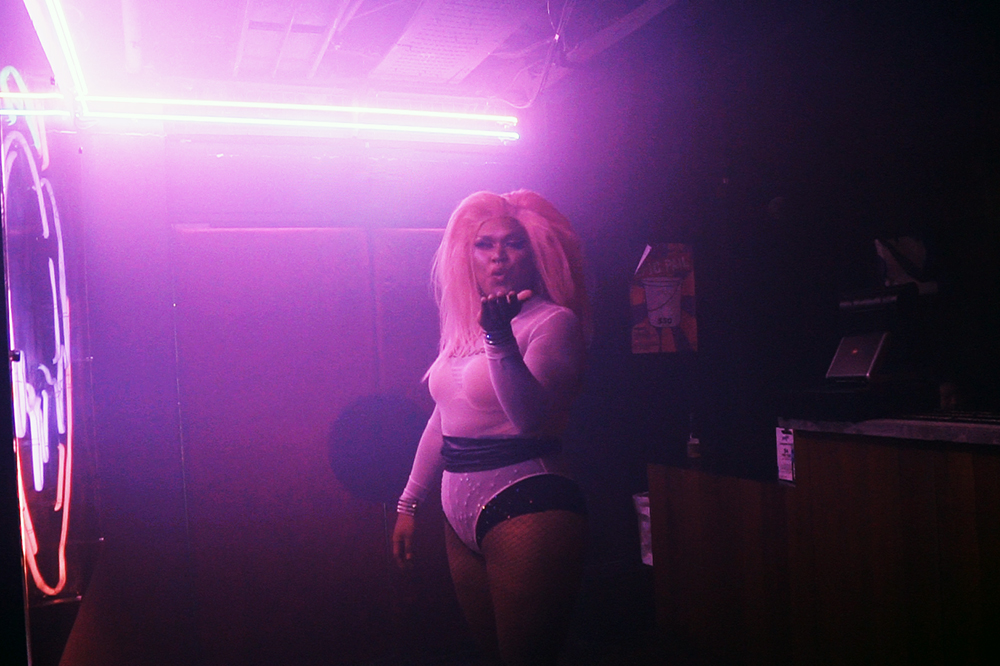 Ultimately, Fadli sees himself pursuing drag in the long-term and hopes to perform globally with international queens. He would love to see how the local drag community grows and to guide newer queens in the scene.

And that’s when I realise Salome’s bold, ‘I’m-gonna-do-my-own-thing’ attitude is not a front Fadli puts up to entertain. Salome is truly Fadli unfettered, born of someone who is comfortable with himself.

As the interview comes to a close, Fadli offers one last maxim: “For those who are not comfortable being themselves, you just gotta learn how to speak out and spend your time with someone who is loud and bubbly. Go out and like, live life a little.”

“Just be yourself, be free and then you will know what your limits are, and that will help you know who you want to be.”