When most people think of male strippers, the hunky, leather-clad gyrating men of Magic Mike usually comes to mind. But Jacob*, a 25-year-old entrepreneur by day and male entertainer by night, is virtually indistinguishable from the average Chinese Singaporean man.

Dressed in a pink shirt and denim jeans, we met him for the first time on a Wednesday afternoon and were struck by how unassuming he is.

Comfortably naked after performing a live strip demo, he chatted with us on a wide range of topics. From how his clientele comprised mainly of office ladies and university students to strange requests made, it was a no-holds-barred conversation.

Jacob explained how one time, he was hired to role-play as a naked waiter at a birthday party. “Instead of strippers, they wanted naked waiters and waitresses serving them drinks. It was fun but strange.”

*Not his real name

Intrigued, he started advertising companionship services online and quickly amassed a pool of clients; mostly working women in their 30s and 40s. Though he received many requests for sex, Jacob declined them all.

“I was only charging $100 to $150 for two hours of dinner and chitchat with middle aged ladies who wanted to rant about their marital problems—they just want someone to talk to,” he shared.

It was through a typical escorting assignment which led Jacob to meet the lady who introduced him to the world of stripping.

“She said stripping paid a lot more, and that she was looking for a stripper for a hen’s night,” Jacob revealed, “That became my first stripping event.”

Armed with moves he learnt off Youtube, he went full monty for his first striptease act.

Though the organisers were satisfied with the performance, they texted him after to tell him they’d expected ‘more’. That’s when he learnt he was expected to sport a hard on while stripteasing.

To Jacob, his package is his pride and joy. Much prep goes into maintaining his erection before the actual gig. The week leading to the event, he abstains from all sexual activity to be able to be aroused on demand.

His clients are appreciative of his efforts, giving him used panties or sending him nudes as tokens of appreciation. One commented: “If you were my boyfriend, you’d puncture my uterus”.

How Sessions Are Organised 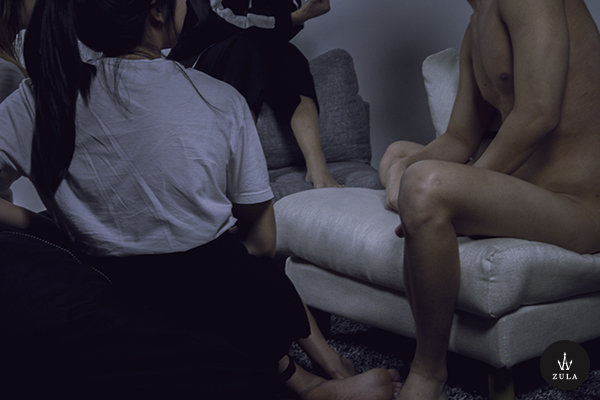 Jacob explained that bookings are usually made two to four weeks before the event. Even though 50% of Jacob’s enquiries are from gay men who are willing to offer a much higher price, he only accepts bookings from women.

While he doesn’t recommend sending your naked pictures to strangers, Jacob sends his portfolio to prospective clients as he prefers to let his clients make informed decisions.

Bookings can occur through an agency, or be sourced on your own as a freelancer. In his earlier days as a stripper, getting jobs wasn’t easy as people weren’t comfortable hiring a random guy off the internet.

While agencies guarantee their employee’s safety and step in if a dispute arises, they take a large commission and have strict procedures to adhere to—no contact is allowed between client and stripper prior to the event. 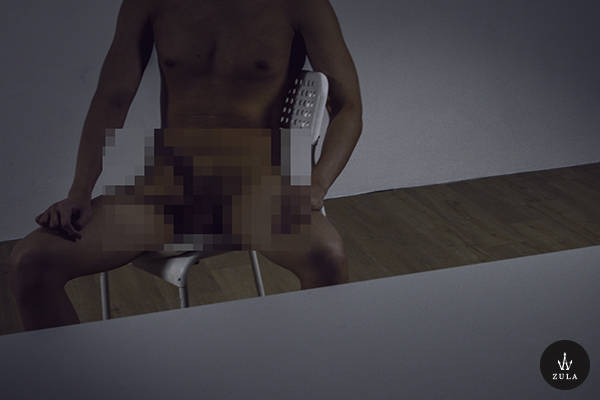 In addition to being a stripper for hen’s nights, Jacob also offers life drawing and body painting sessions.

Before a life drawing session, Jacob and the attendee(s) will discuss the types of poses. He’d then switch poses every 15 minutes.

For body painting, there’s more physical contact. Often, female artists are too shy to touch him, but after some reassurance, they’d get right into it.

When asked about his rates, Jacob immediately switches to a professional tone. “A regular session of 20 to 30 minutes start at $300.” At this price, he’ll only strip to his G-string.

If customers request for full nudity, an extra 25% will be charged. Additional costs may be incurred, depending on the location, time and size of the party.

For life drawing and body painting sessions, he charges $100 per artist in attendance.

I wonder: from Jacob’s description, stripping seems like an extremely lucrative industry. But Jacob is quick to counter: “Although $300/30 minutes sounds a lot, it doesn’t yield a 100% profit.”

Grooming procedures for a gig can also chalk up to a significant amount. Boyzilian waxing (Male version of a Brazilian wax), spray tanning, teeth whitening and gym memberships are ‘stripper necessities’ which doesn’t come cheap.

To differentiate himself from the typical stripper, Jacob purchases necklaces and temporary tattoos. His favourite accessories come from the online store Lupine&Co.

To him, a basic requirement of being a stripper is to be comfortable with one’s body, and that requires physique maintenance. But having been caught up with his other businesses, he hasn’t been accepting as many bookings as he feels he isn’t looking his best.

If his skin is looking particularly bad, he’ll engage makeup services off Carousell to get a natural makeup look.

Reactions From Friends And Family Known for his unconventional antics, Jacob’s closest friends weren’t surprised when they found out about his stripping career.

In fact, they were really supportive, and even mentioned they’d refer him to hen’s parties. “I’m not sure if they’d follow through and hire me, but if they ask for a discount I’ll give it to them!” Jacob quipped.

His parents are the only ones kept in the dark about his stripping career. “Even if they knew, it wouldn’t be a big deal. They’ll accept my interests, as long as I’m safe and not harming anyone.”

We then asked him if he’d ever encountered people he knew at gigs. He responded that the closest he came to being recognised was when he met an acquaintance from Junior College. Luckily for him, she didn’t recognise him.

Stripping As A Hobby

Viewing our culture as repressive socially and politically, Jacob sees himself as one who goes against the grain.

He paints stripping as a hobby to gain experiences, meet new people, and “give joy to groups of ladies”. He enjoys seeing the sides of people they usually keep hidden.

In a more conservative country such as Singapore, it’s fascinating to see voices like Jacob’s come out of the woodwork. After all, no matter how bizarre his methods might seem, he’s just trying to pursue happiness, one strip at a time.